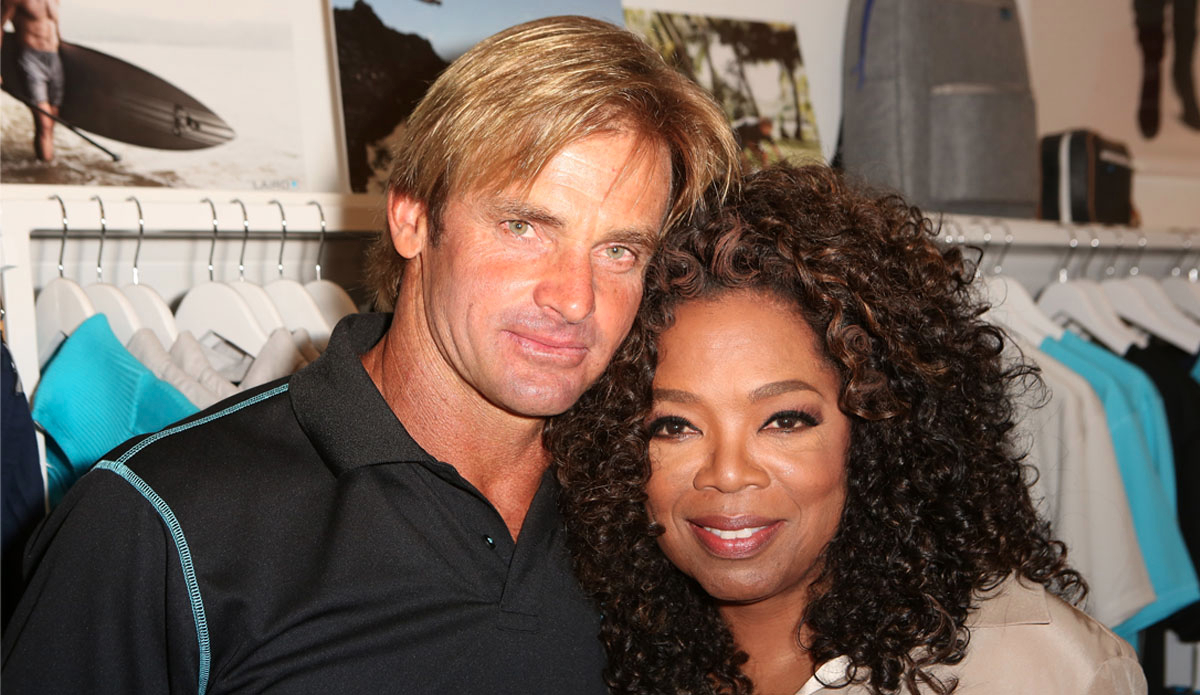 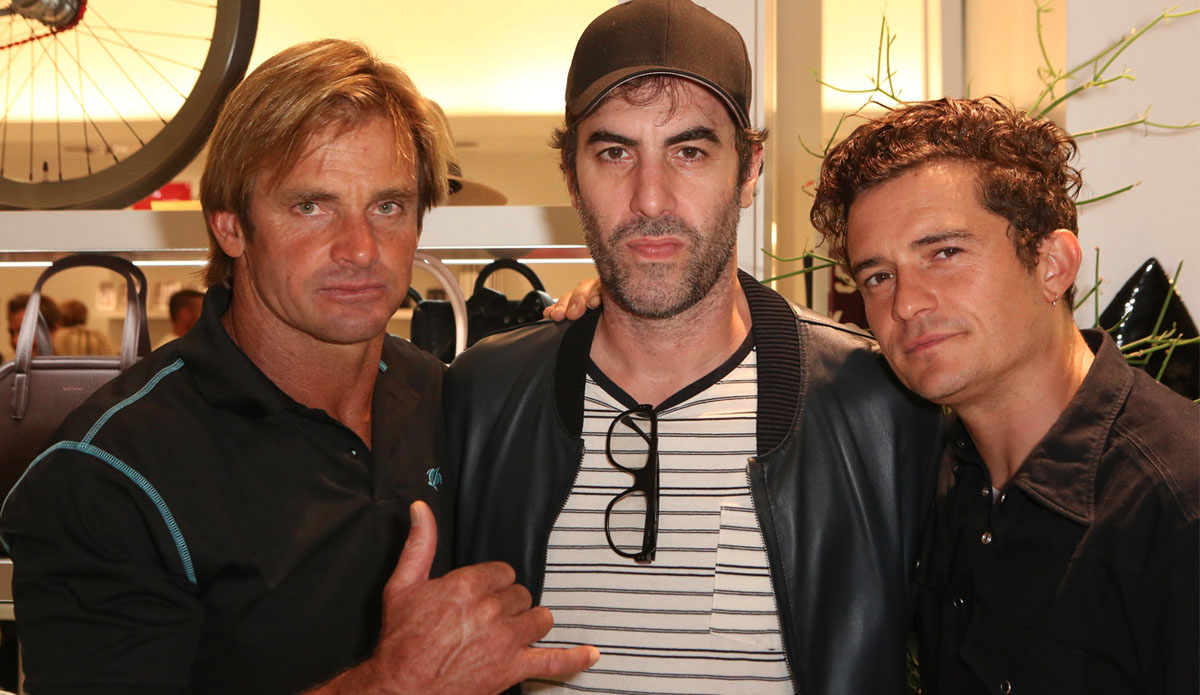 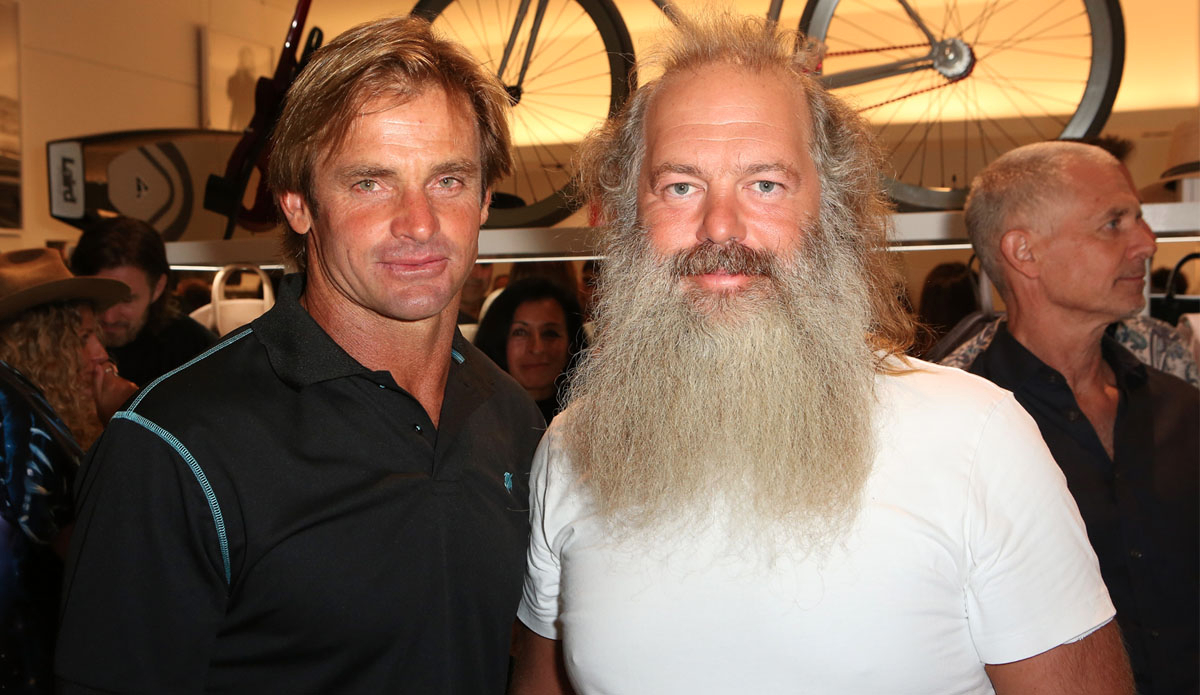 Legends of their craft: Laird poses for a photo op with Rick Rubin. (Photo by Ari Perilstein/Getty Images for Laird Apparel LLC) 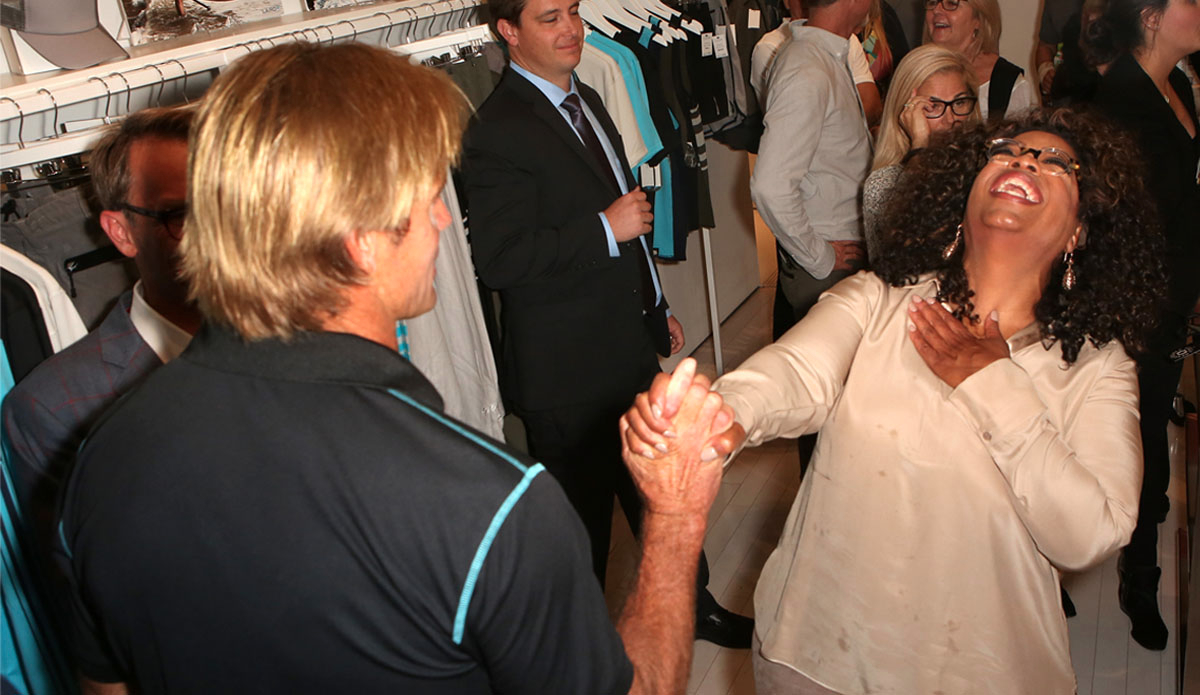 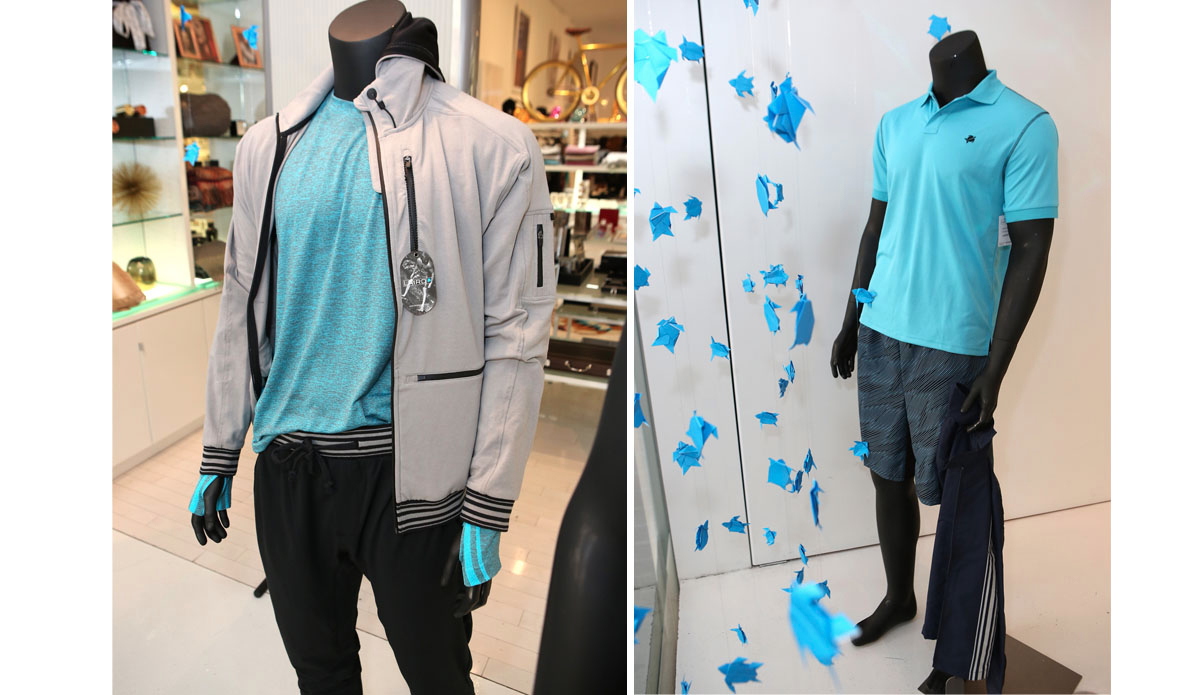 A look at the athletic-lifestyle clothing line. (Photo by Ari Perilstein/Getty Images for Laird Apparel LLC) 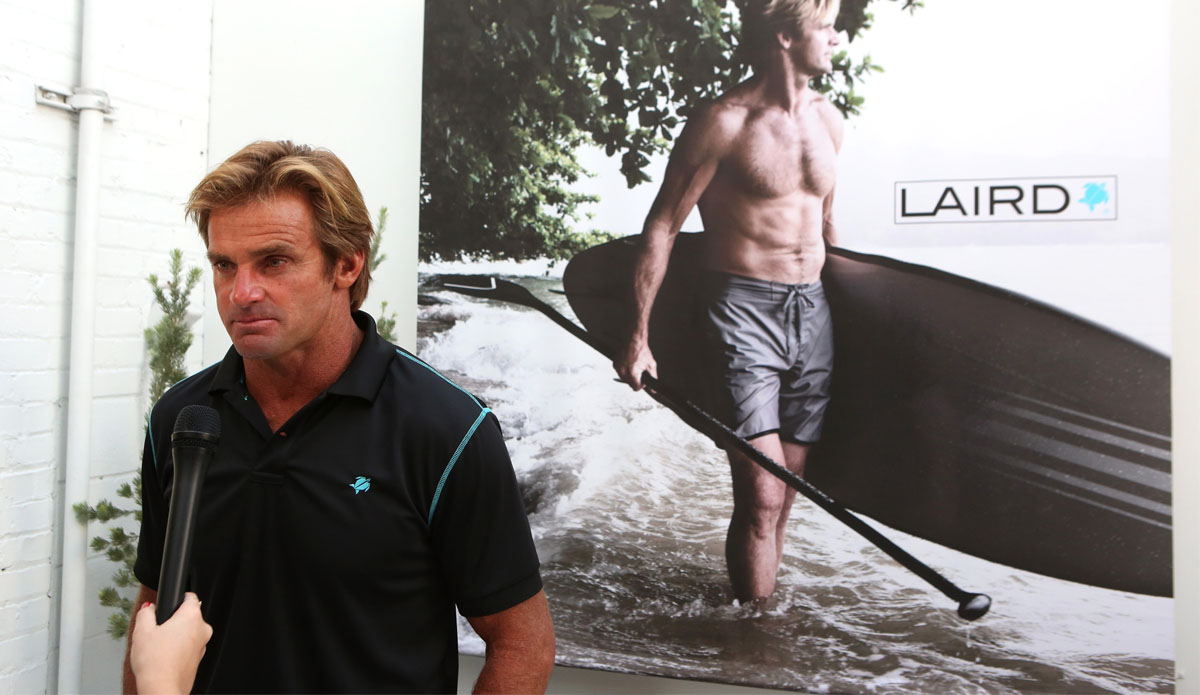 Laird Apparel is designed for people who lead similar, outdoorsy lifestyles to Laird himself. (Photo by Ari Perilstein/Getty Images for Laird Apparel LLC)

Parked outside a posh designer clothing outlet in Santa Monica is a 4×4 all-terrain truck. A thin cloak of dusty road residue lines the vehicle. Surfboards, paddleboards, stand-up paddleboards are strapped to the top. The car is an utter anomaly amidst the pristine Beemers and Benzes in the label wearing, consumerist bourgeoisie of a neighborhood. And its owner is seemingly out of place as well.

What was Laird Hamilton doing here? Shouldn’t he be off on a remote island surfing big waves by day and foraging for food by night? Why would he surround himself among such unadventurous plebes? And perhaps even more perplexing, aside from Laird’s mere presence at such a shop in such a neighborhood, was the reason that he was there.

The occasion for the rare Laird sighting out of his usual habitat was the launch of his clothing line, Laird Apparel, at the Ron Robinson clothing boutique in Santa Monica, CA.

Past the black-suited security guards, down the spotless wood-floored hallway, around the corner from the old-style cigarette vending machine selling witty gift cards, and beyond the denim-seated bicycles, Laird sat wearing flip flops.

After being escorted into the Laird lair, a small outdoor area where he was conducting interviews for the press, I asked Laird about the clothes.

Who are they made for?

Just then a party attendee’s teacup terrier walked by—a momentary lapse of focus (by us both, admittedly). But Laird’s spiel on the demographic was no surprise; as the ultimate man’s man, of course the clothes would reflect that gung-ho, chia-seed-eating lifestyle.

Meanwhile inside the shop, people circled a wooden pallet displaying the clothing line while they groped the fabric of hybrid polo shirts, fitness shorts, and surf trunks. What is it about clothing shops that make people grasp and fondle the items like they’re checking for ripe avocados in the super market? Whatever high tech material they used for Laird Apparel, people were loving it.

As the evening waned on and the obsessive stroking of silky fabrics continued, a slew of Hollywood celebrities poured in. Laird has appeared in a few H-wood films himself, having recently coordinated the stunts for the new Point Break film, but this was a star-studded ensemble, a real hotbed of A-listers. Music maestro Rick Rubin showed up; actor and Elvin bow-master Orlando Bloom made an appearance; Ali G was in da house; even billionaire TV mogul Oprah Winfrey graced the commonfolk with her presence.

But despite the glitz and glam of the launch event, the motives behind the clothes adhere to Laird’s humble life in the wild. It’s function over fashion. No loud logos; only a small blue turtle. And no frills; only the bare necessities for supporting an active lifestyle. The clothing line, just like his practical truck parked in the sea of luxury vehicles, is pretension-free.

“Simplicity has an aesthetic and a function,” Laird told me before leaving to mingle with the A-listers. “Birds are pretty because they fly.”