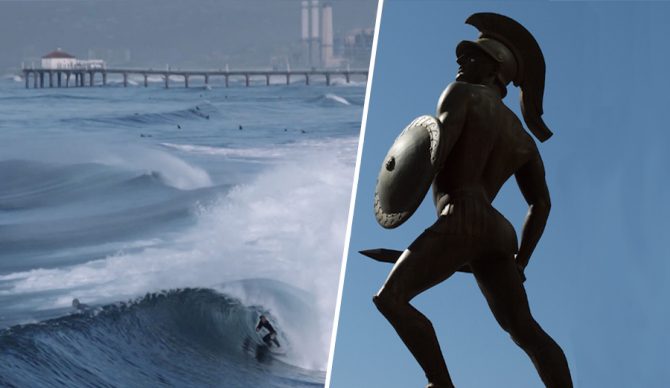 The circularity (and perhaps irony) of reporting on a surf journalism course – a class that teaches reporting skills, and could, in theory, analyze this very article – is not lost on me. But neither is the novelty of such a course.

Keith Plocek, an accomplished journalist in his own right and a professor at the USC Annenberg School for Communication and Journalism, is clear. He doesn’t want to step on any toes by mistakenly calling his course, Shoot the Curl: Digital Storytelling and Surf Journalism (being offered this spring), a world’s first. But, he says, it is certainly a first for USC, and he has yet to hear from anyone teaching something similar anywhere else.

Plocek is a Texan by birth. “Surfing isn’t in my bones like it would be if I had grown up in Southern California, for example,” he says. A staff reporter for the Houston Press, who later moved to California and eventually found himself at L.A. Weekly, Plocek built a reputation as a general interest reporter. In time, he segued into the corporate/managerial side of the alternative press.

No longer reporting at that time, he grew dissatisfied. So he decided to quit his job and embark on a months long sojourn in his car from L.A. to Panama City, surfing along the way.

“Blame The Endless Summer,” he says. “I just had it in my head that when you quit your job, you’re supposed to take off and surf. That’s what you do.” 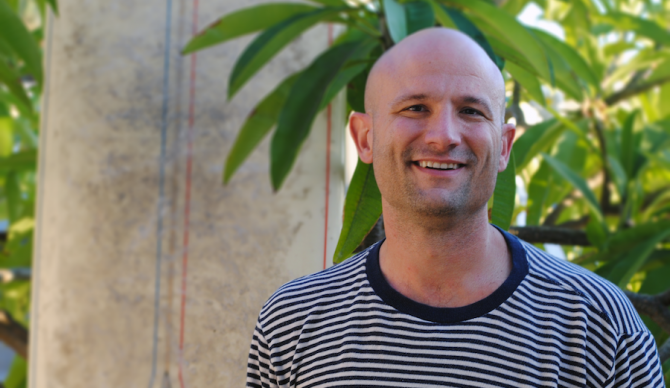 Now, having written for numerous publications about surfing since (including this one) Professor Plocek is about to commence a new journey – bringing the world of surf writing and reporting to the classroom, and building the journalistic skill set of his pupils whilst analyzing numerous surf writings both classic and modern.

Texts will range from some of the earliest accounts of modern surfing penned by Mark Twain and Jack London through to William Finnegan’s Pullitzer Prize-winning memoir Barbarian Days, as well as numerous articles published in between.

“I don’t want it to be an ‘easy’ class,” says Plocek. “In other words, I don’t want students to take it thinking: ‘Class about surfing, easy A!’ We’re definitely going to work hard. And above all, I want it to be practical.”

Students will, first and foremost, focus on coastal issues – each being assigned to a local surf community for the semester. Along with traditional mediums, students will also have the opportunity to incorporate cutting-edge technology (in the form of GoPros and drones) into their storytelling. This ensures that while a portion of the class will be devoted to analysis of existing writings, students will also try their hand at developing compelling narratives and reporting news for themselves.

Plocek is clear that potential students need not have any surf experience. “I had one student ask me if they needed a surfboard to participate,” he laughs. “I said, ‘No. Of course not. You don’t even need to get in the water if you don’t want to.'” In fact, while he’s sure there will be a handful of students that do surf, he’s hopeful a large contingent will take the plunge without having any experience whatsoever.

“The goal is that the skills to be gained in my class are universal, and can help students develop their storytelling abilities and apply them wherever their interests lie.”

While the novelty of Plocek’s class is apparent, it’s also clear that surfing has become increasingly accepted in academia and mainstream media as a legitimate sport and lifestyle to be studied and written about. Indeed, William Finnegan has famously signaled his reluctance to, “come out of the closet as a surfer.” When the New Yorker published both parts of his “Playing Doc’s Games” in 1992, it was the first time the magazine had published anything about surfing. And yet, Matt Warshaw was recently featured in the magazine’s weekly “Talk of the Town”, the New York Times recently covered surfing in Norway, the LA Times has covered surfing as a vehicle for peace in Gaza, and there is now an academic Center for Surf Research.

The existence of such a class goes to show that the Spicoli-cization of the surfer in mainstream consciousness seems to have worn off, if only slightly.