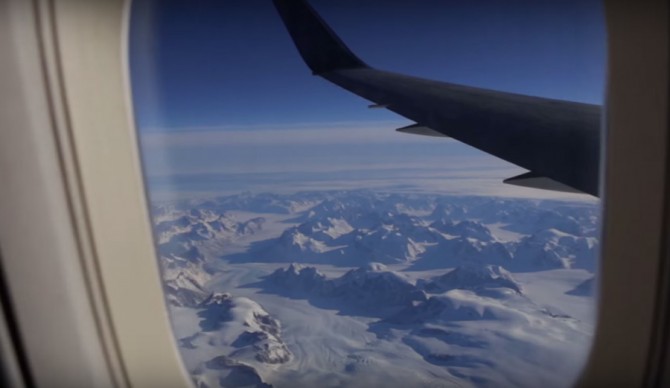 With a gritty soundtrack and even grittier visuals, Eversince is not the next chapter for Absinthe Films — it is, instead, the start of a whole new book. Brock Nielsen, who edited the film, is the first person other than director and producer Justin Hostynek to take control of an Absinthe timeline in the production house’s 24 year history. For another first in that 24 year run, an Absinthe feature was captured completely digitally. For those that fear that the absence of 16-millimeter will lead the loss of Absinthe’s renowned and revered motif, it becomes quite clear that it’s not the tool that makes the film, but rather the vision, cinematic artistry, and uncompromising soundtrack.

There is one caveat that must be taken into consideration of with this review. What myself and the rest of the crowd saw on September 5 at The Complex in downtown Salt Lake City for the “world premiere” was more or less a one-off rough cut of the film that is to be released later this month. Nielsen caught a last-minute flight from California to Salt Lake on the morning of the show after pulling an all-nighter to get the film in ready-to-show form. (Rumor has it that a couple music licenses fell through at the last minute leading to a late reconstruction of certain parts of the film, lending to the resultant scramble.) 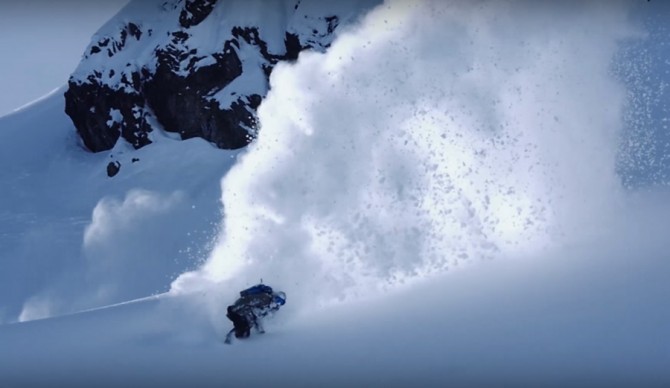 Perhaps the most compelling feat that Absinthe has accomplished in Eversince and has mastered over its two decades is the ability to seamlessly blend the most progressive street riding with the most critical, balls-in-the-back-of-your-throat, big mountain shredding. Where most films have a difficult enough time reconciling the park with pow kickers and get hung up on the majesty of the big lines and the obvious epic nature of a helicopter being a helicopter, Absinthe’s been-there-done-that approach to these segments teases the viewer with minimal, albeit poignant, glimpses that ironically have a stronger effect than the intentional, high frame rate approach of the less seasoned production outfits.

Manuel Diaz, Lucas Debari, and Jason Robinson have changed the game putting down some of the the heaviest lines ever captured in Alaska and seem to have proven that the mountains respond just as well to slightly leaned out straight-lines as they do to more traditional turns. All three riders put on a clinic on how to properly manage your sluff, by jumping over it or, the more preferred option in this year’s film, riding right through it with a sort of reckless abandon.The latter member of this big mountain triumvirate, Robinson, logged a part for the ages with at least a couple NBD’s in his first street segment in years and putting down lines in AK that seem to defy physics, science, and general logic.

For die hard fans who might be worried that the film’s street heavy parts are taking away from the pow and what they have come to love about Absinthe over the years will get their fill with the shared Nico and Fredi segment. The Swiss shredders were contacted by an eccentric Russian oligarch who loves their snowboarding and offered to take them held-riding in the Hindu Kush so he could fulfill a lifelong dream of sliding pow with two of the all time greats. Muller and Kalbermatten agree provided the could film the whole ordeal and make snowboard history in process. This part will satisfy the snowboard traditionalists as well as the younger, (dare I say) “skate-influenced” snowboard crowd as the pair shred’s India with more ease than most pros take to the park. 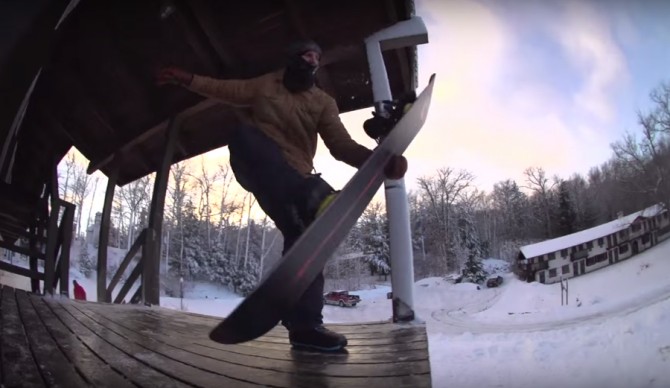 Eversince is raw. Nielsen — who edited BozWreck 3, Givin One, and Givin Too — along with the helping hands of Hostynek and Shane Charlebois as editing consiglieres, stays true to his form highlighting the hammers but bringing the whole scene to life with off-the-cuff lifestyles. There are parts that are unquestionably Nielsen’s, the pinnacle of which is Ozzy Henning’s bound-to-be-legendary segment featuring banger after banger of telltale style and technicality. Brandon Cocard also delivered perhaps his most well rounded part to date and Austen Sweetin’s part again showcased his natural ability to ride any and everything.

All of the elements that make an Absinthe feature unique and compelling are present in Eversince. Cale Zima, once again, executes on his unique vision in the streets and newcomer Max Buri lights up the screen with a unique style and incredible stomping ability, a clear-as-day testament to Absinthe’s ability to pull unknown riders out of the shadows. Then there is Bode Merrill who continues to go massive in the streets, while Garret Warnick puts together a solid first Absinthe offering and Scott Brown blows minds with his tight rail game. Keegan’s Valaika, who scored a bookend segment, had all of his signature swagger with a little more caution thrown to the wind than normal… which, if you’re Keegan, means you are pretty much a guaranteed a marquee part in any shred film. 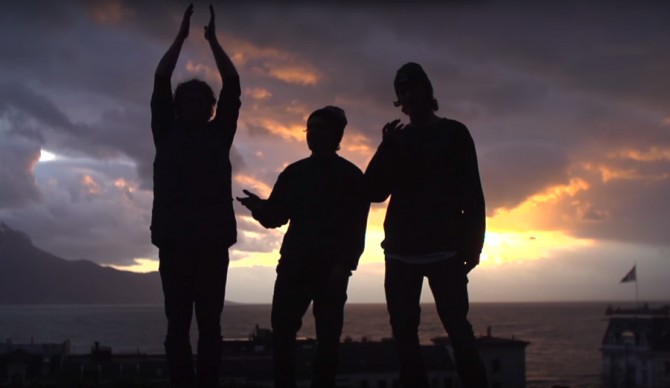 Despite the rad and raw that makes Eversince stand apart from previous films, Absinthe faces a problem with its biggest strength also being it’s greatest weakness. While their films have always catered to the so-called core, the other production companies that are catering to the masses are honing the advances in film technology and cinematic magic that cost a legitimate fortune to acquire and produce are not necessarily setting a higher bar, but an all together different one. This, coupled with the direction that is celebrated by mainstream snowboard culture – that which is rife with, if not obsessed with, triples and quads, spins on spins on spins and perfectly manicured park features and is force fed to kids on every digital feed imaginable — makes it hard for those new to snowboarding to even find an Absinthe offering.

While Eversince will be an instant classic among the most shred-literate individuals, the casual viewer will lack the attention to detail and the understanding of subtlety that an Absinthe film demands. The unfortunate irony is that those who are most in need of its message are also the most overfed and paradoxically under-stimulated — numb to traditional frame-rates and uni-axis maneuvers. Thus the void between the core and the mainstream may only continue to widen. The only hope lies in Justin Hostynek’s relentless devotion to his vision in Eversince. In fact, it might finally bring about the tipping point, changing not only the perception of what is possible, but obliterating the gap between the disparate ends of the sport—we can only hope. In the meantime we can enjoy the unfolding of this new epoch as Absinthe’s new book begins, in twisted fashion, as most fairytales typically end: happily Eversince.

To see when Absinthe Eversince is premiering near you, head on over to their website, with North American tour dates below. 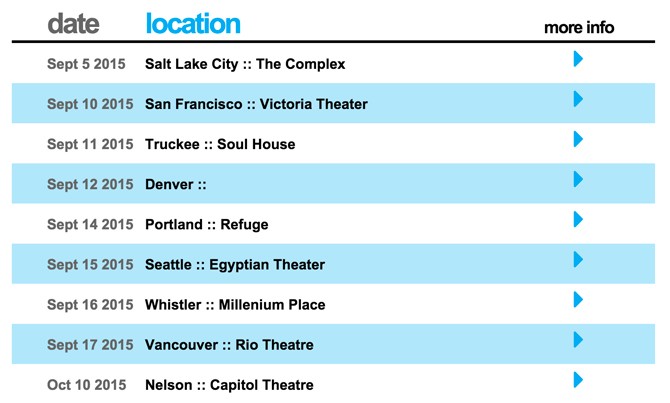