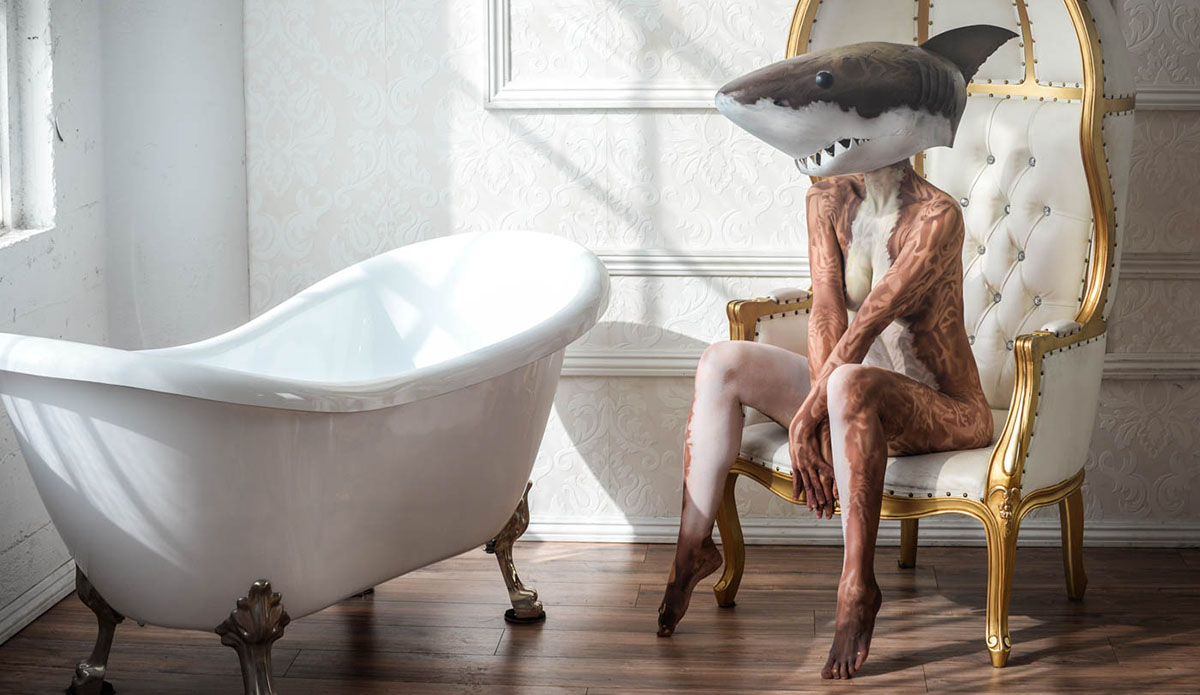 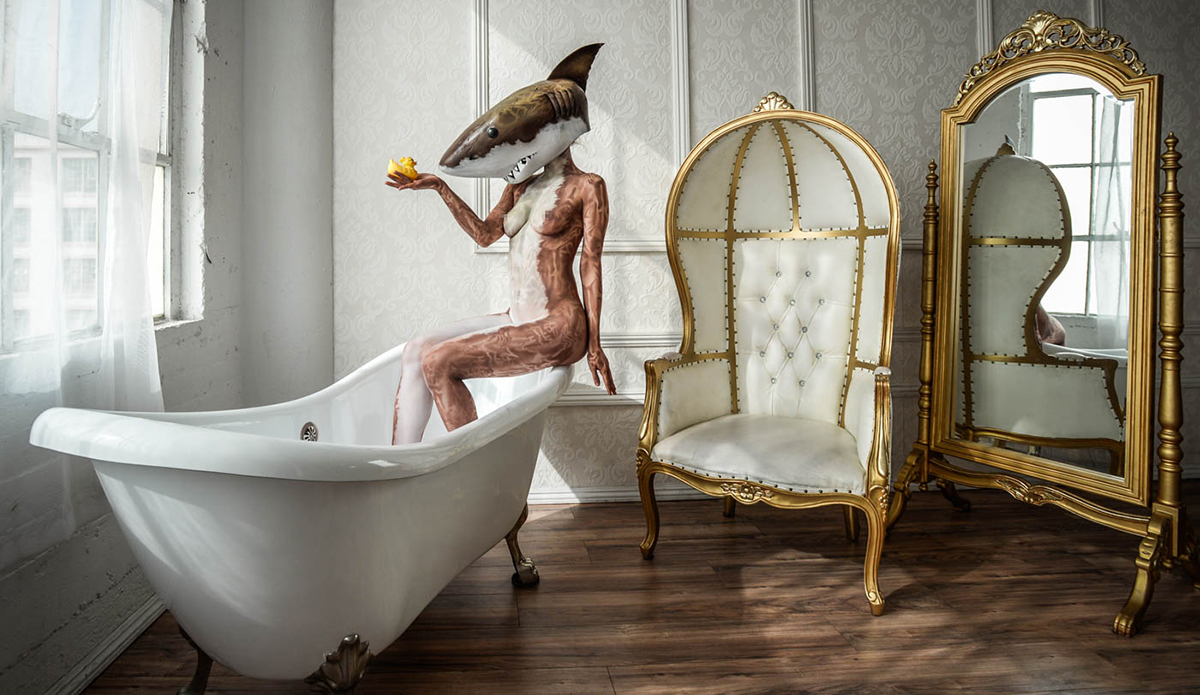 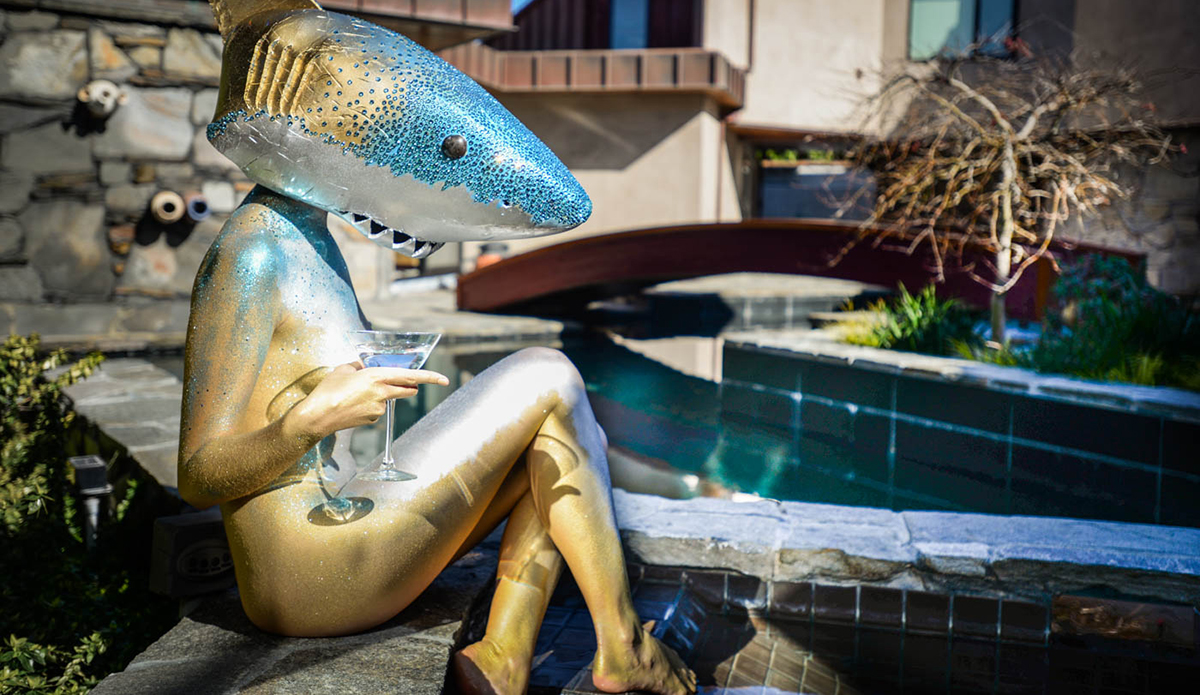 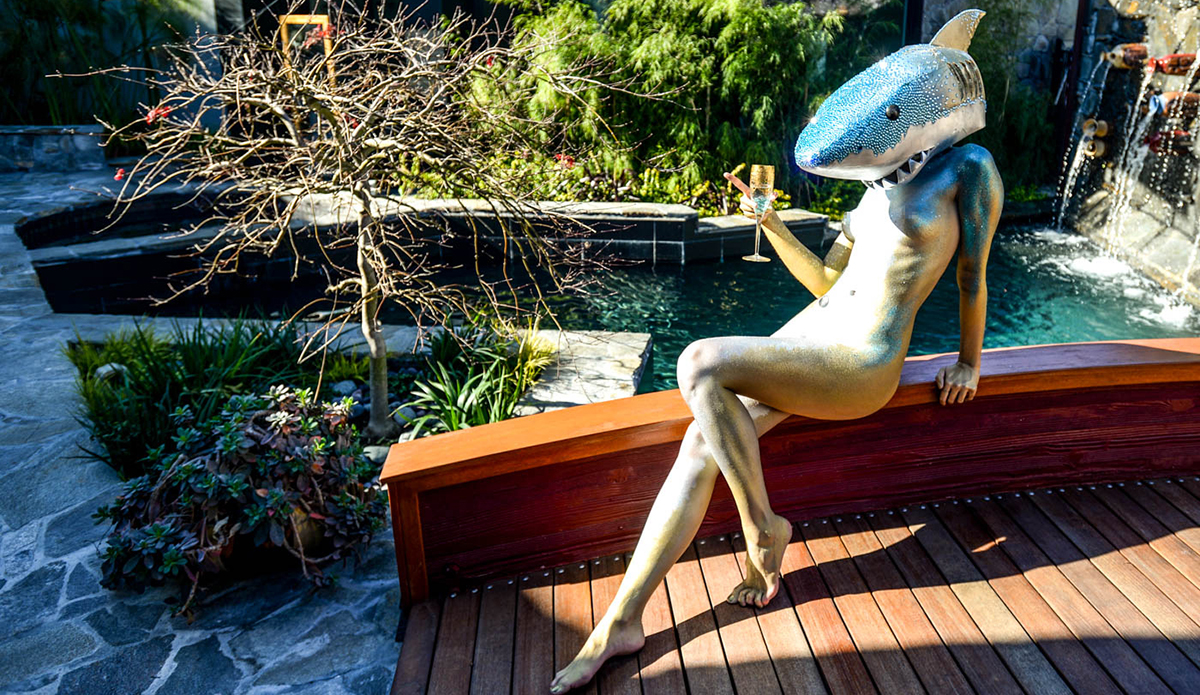 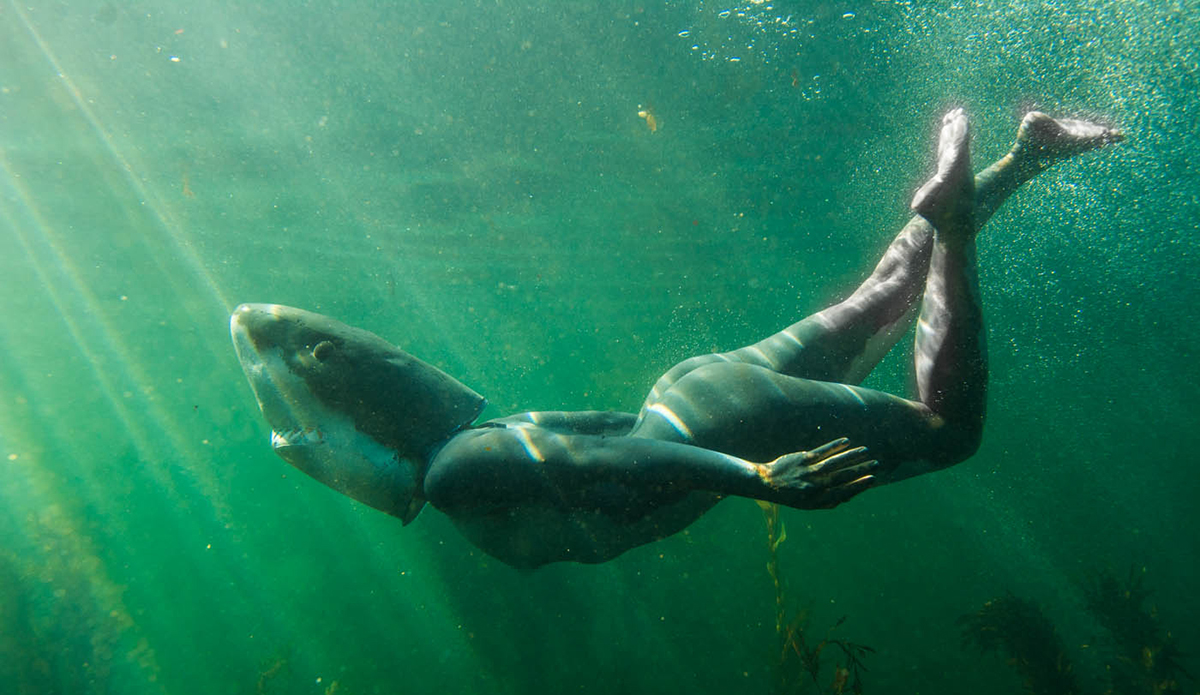 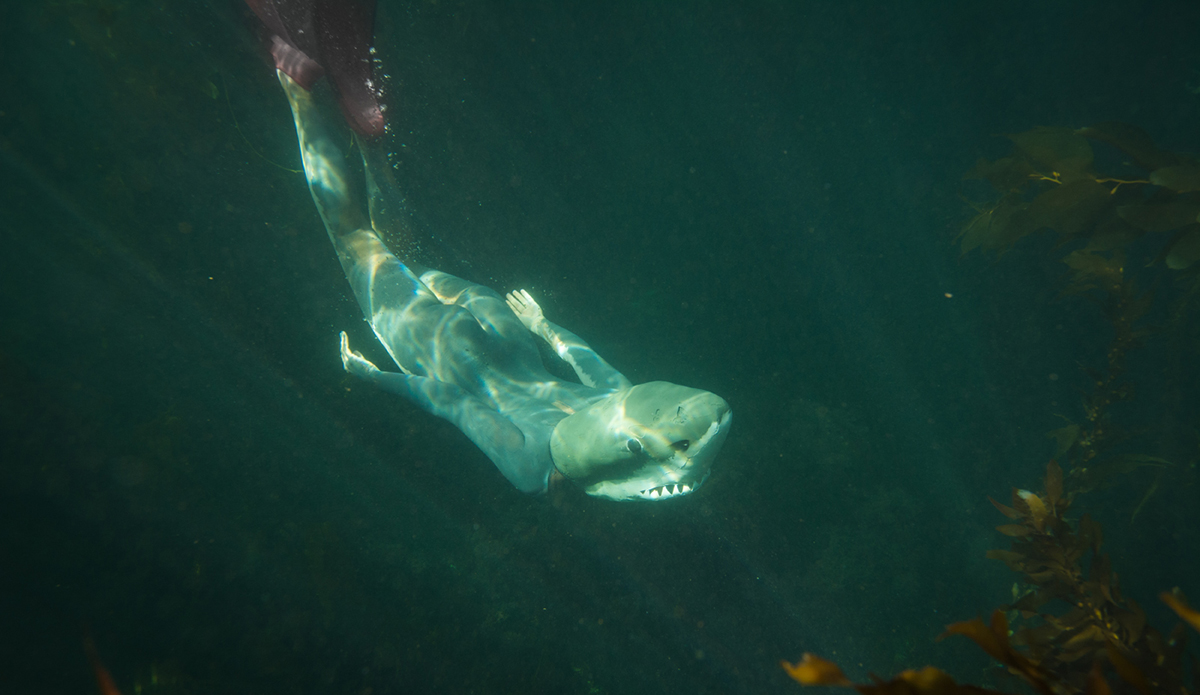 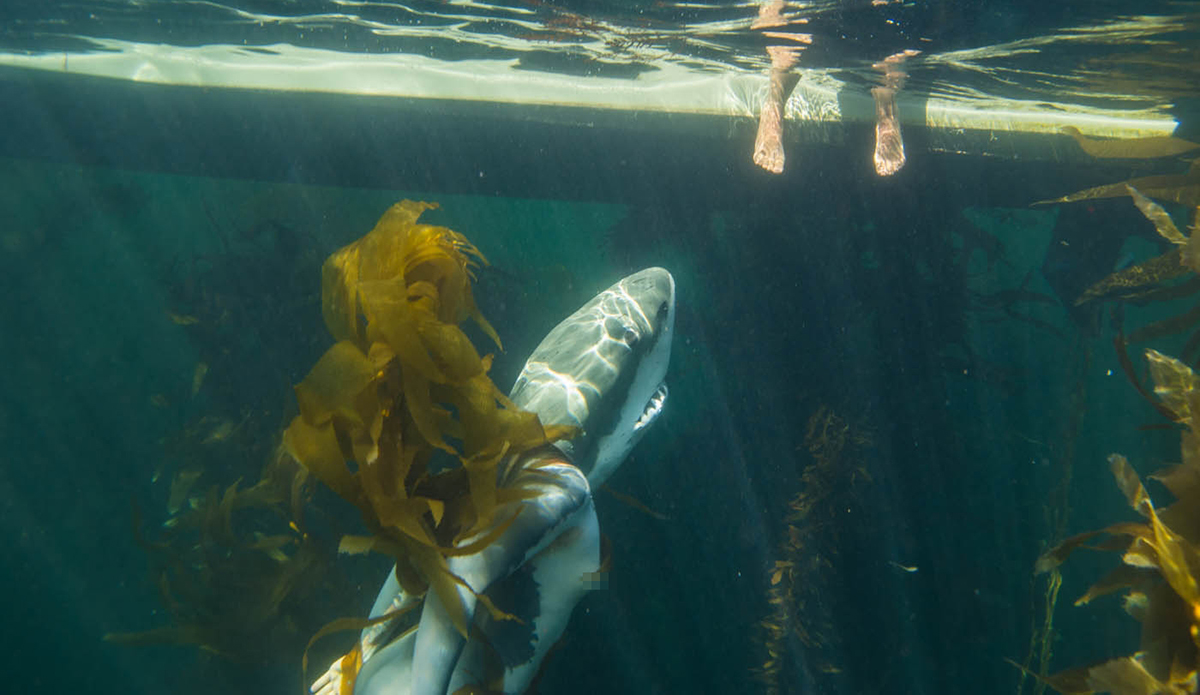 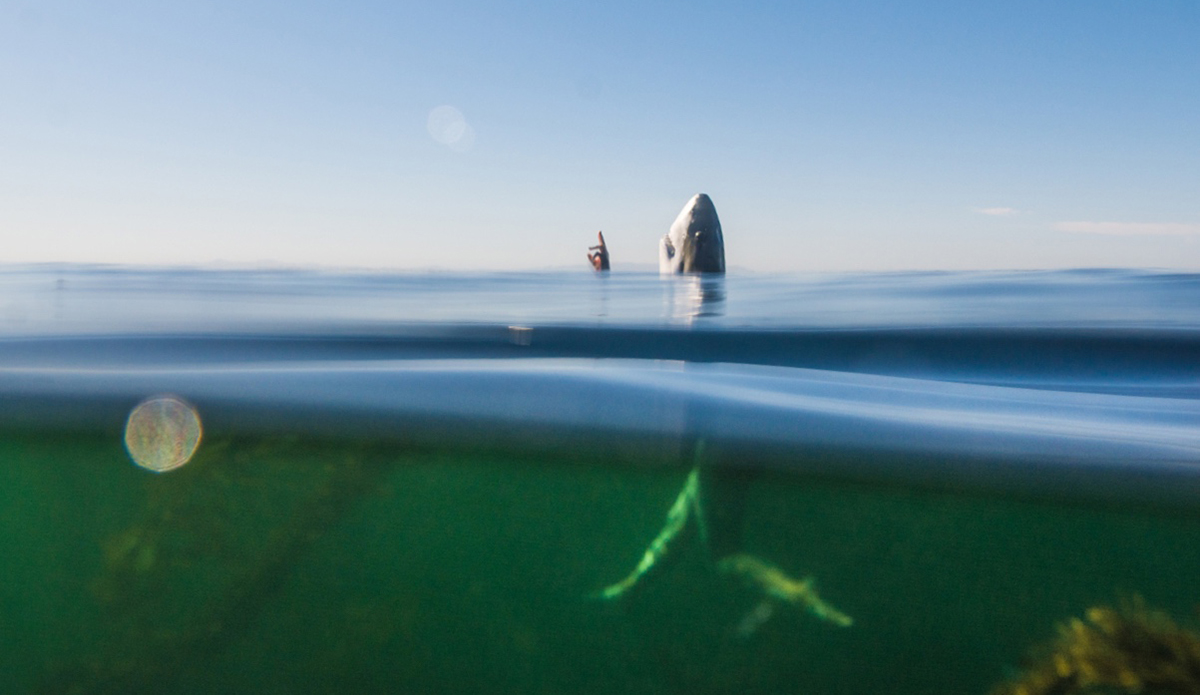 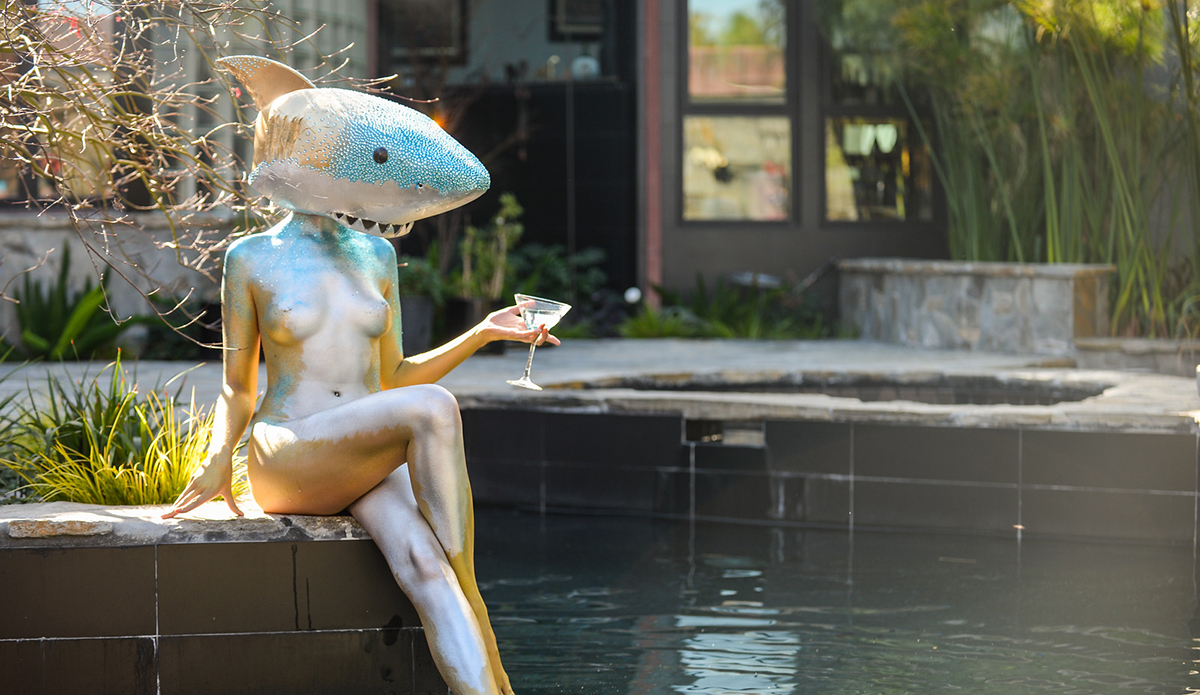 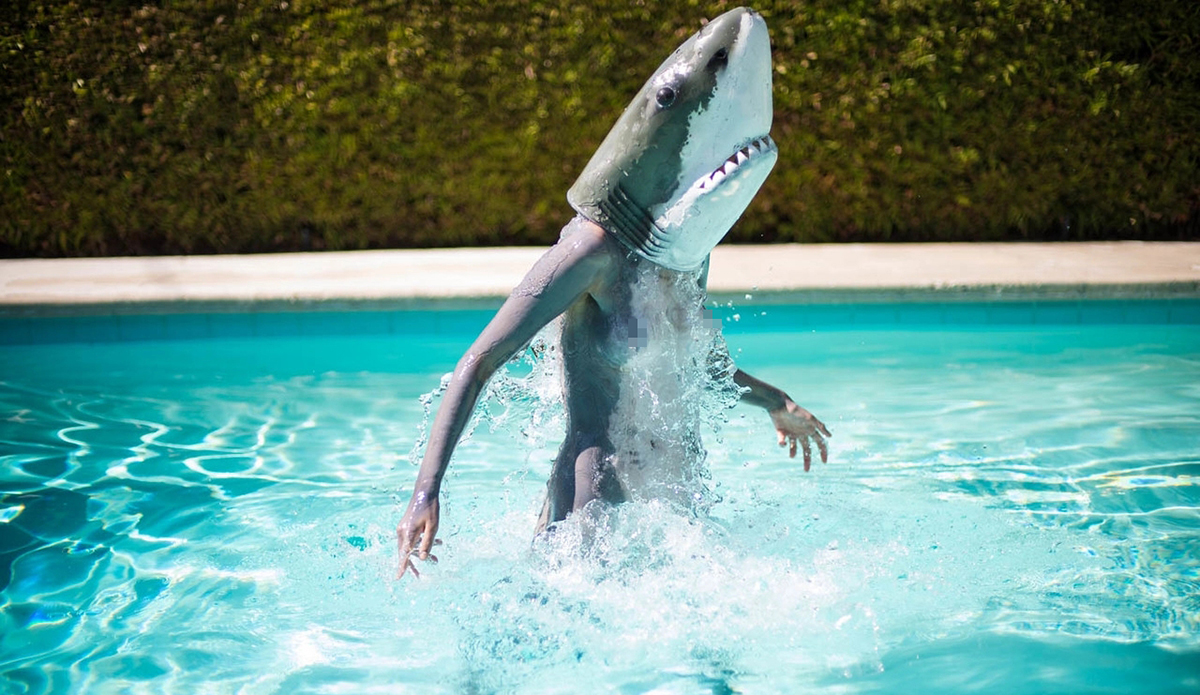 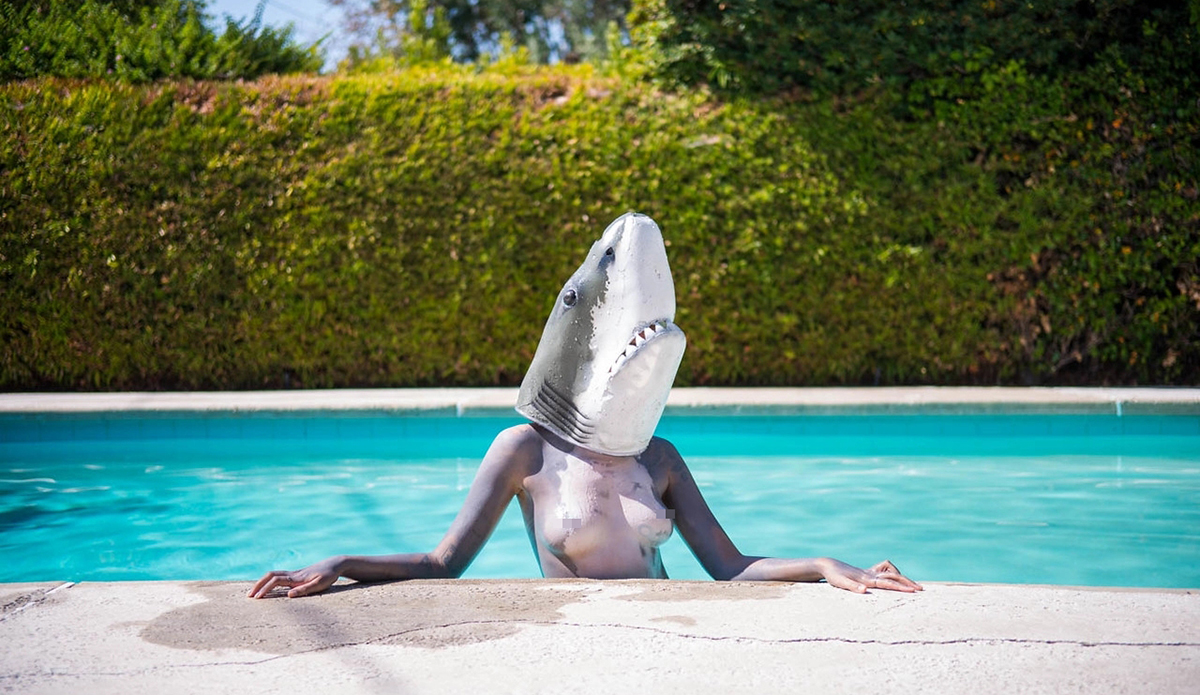 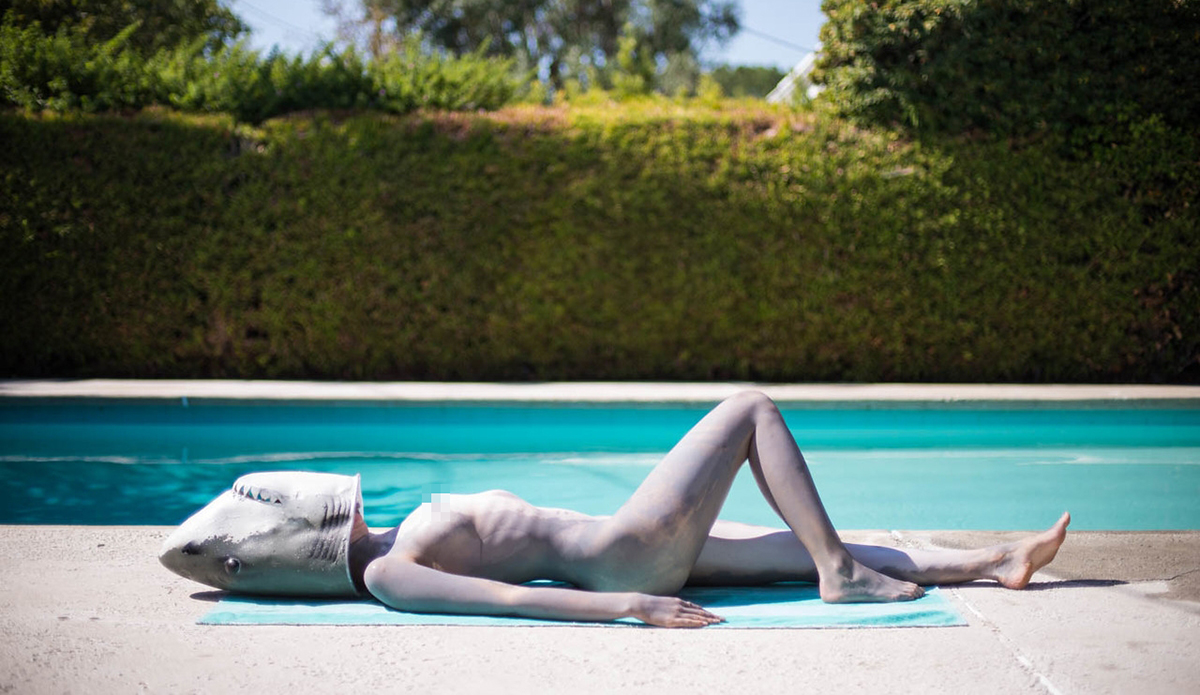 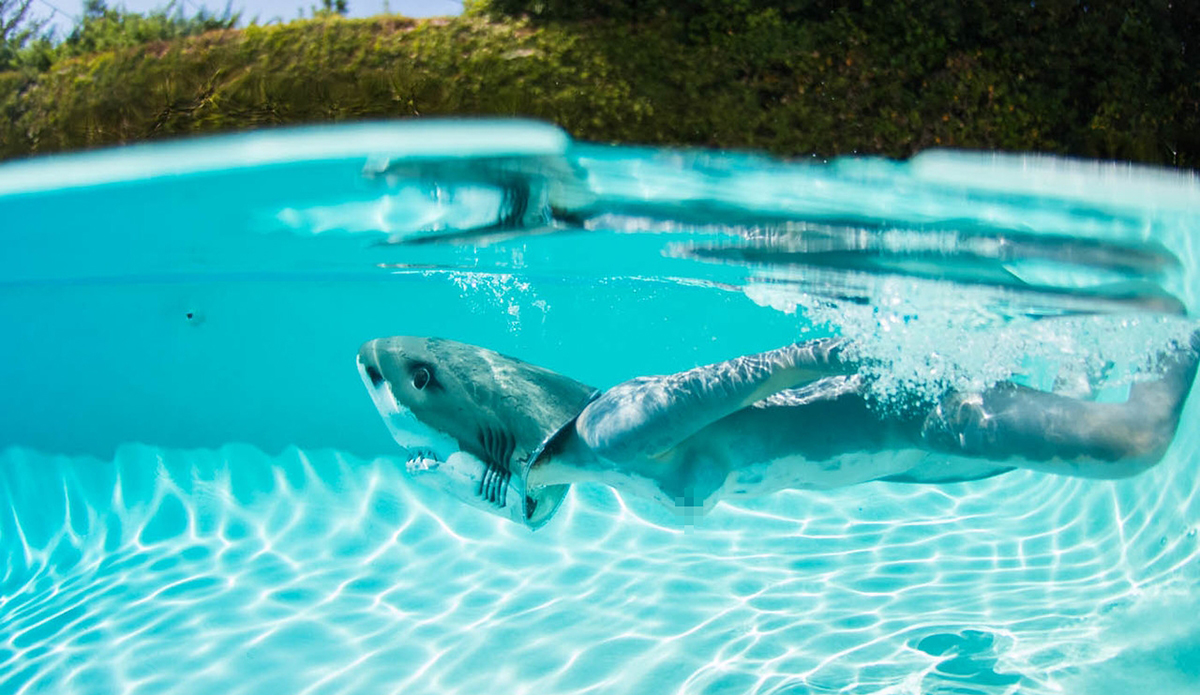 It was like any other day at the office when Roustan – also a surfer and surf photographer who has an affinity for the ocean – rounded up a few sea goddesses, and through a steady hand and cold mist from his trusty airbrush, morphed their curves into the ocean’s apex predator. Makes sense right?

In his series Sharks Are People Too!, Roustan aimed to delicately personify the often misunderstood and endangered creatures of the depths by mixing in a bit of humor, a hallmark of much of his work.

“It was a no-brainer to follow through on this concept,” Roustan says. “These gorgeous, powerful and intimidating creatures have to deal with a lot of daily struggles throughout their lives. When you think about it, the same is true for sharks too.”

Editor’s note: More lady sharks can be viewed here and on IG @roustan