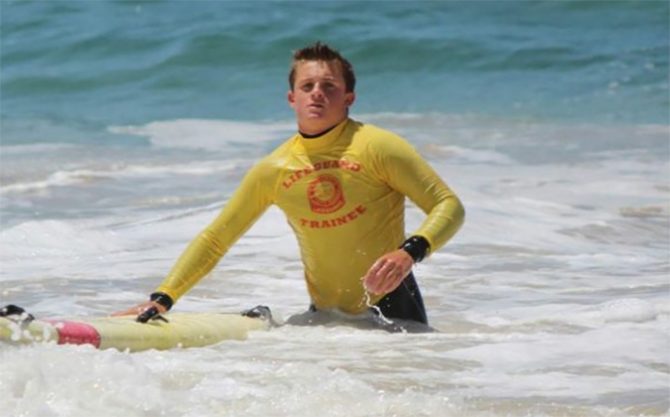 Feix was a good student, solid athlete and better friend, according to those who knew him. Photo: California State Lifeguards

The ocean can be so difficult to understand. She’ll give us gifts like calm mornings and light offshore breezes with lined-up swell and glassy faces. Then, a day later, she’ll rage with anger and tear apart an entire beach front. No one knows Mother Ocean’s moods better than lifeguards. And that’s why it’s been so baffling to try and understand the death of Malcolm Feix.

The 20-year-old lifeguard was off duty Sunday when he drowned at Pomponio State Beach in San Mateo County, an exposed beach break south of Half Moon Bay, Calif. The waves at Pomponio can get punchy but the experienced surfer was well within his limits to be out in the water. There have been few details released regarding the cause of Feix’s death or what actually happened. Calls and emails to the Half Moon Bay State Lifeguards were not immediately returned. It’s been reported that a fellow lifeguard pulled Feix out of the ocean. “Our thoughts and prayers are with Malcolm’s family, the Half Moon Bay community, our lifeguard family, and the first responders that worked so hard to save him,” read a statement released by the California State Lifeguards.

Winter is upon us…. #frothing#sekisurf#ripcurl#zshoes

Feix, who went to Half Moon Bay High School, was an electrical engineering student at Cal Poly and worked as a lifeguard in the summer. He’d been a lifeguard since he was 15 as this was reportedly his fifth summer on duty. Feix is from a surfing family, crediting his father, Thomas, for getting him into the game when he was a kid.

That background made Malcolm a super-solid surfer. And apparently a super person. He was widely praised on social media for simply being a good human as friends and family tried to come to grips with his death. “It was really great growing up with you man,” wrote Dylan Cummings on Feix’s Instagram page. “Swim club, swim team, and water polo. Such a great friend and a great role model for anyone to look up to. Rest In Peace Malcolm.”