Although the water temp remains slightly cooler than South Carolina or Florida, North Carolina still experiences its fair share of shark attacks. The last fatal shark attack occurred in 2001, but the last non-fatal attack occurred on Sunday, August 5th at Bald Head Island. An unidentified girl was nipped in the calf by what authorities believe to be a juvenile shark. Tagged sharks in the OCEARCH Global Tracking Portal continue to make headlines when spotted off North Carolina beaches. In the spring, two male great whites, named George and Bruin, were pinpointed off the coast of Wilmington. 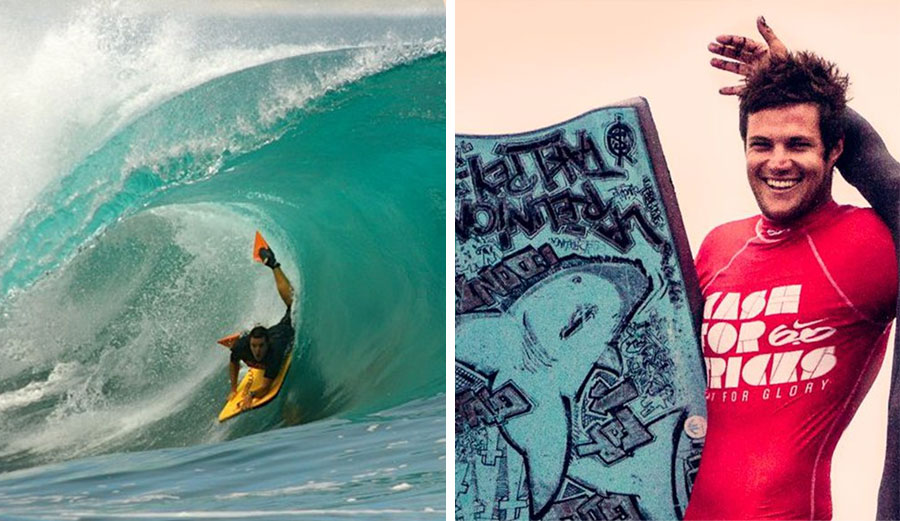 Adrien Dubosc, 28, was killed by a shark while bodyboarding on Reunion Island. Images: Facebook

The reputation this French island off the coast of East Africa has in terms of shark attacks is the stuff of nightmares. The remote island is only about 970 square miles, and it should be a tropical paradise for those individuals looking to escape into its crystal blue waters. However, out of the 21 shark attacks in recorded history, 17 attacks occurred between 2011 and 2015, with seven of those attacks proving fatal. The most recent fatal attack occurred in February of 2017, where bodyboarder Adrien Dubosc became the island’s ninth fatal shark attack victim in history. Following the surfing community’s outrage at the attack, even Kelly Slater called for a cull. Fortunately, Kelly soon retracted his statement. 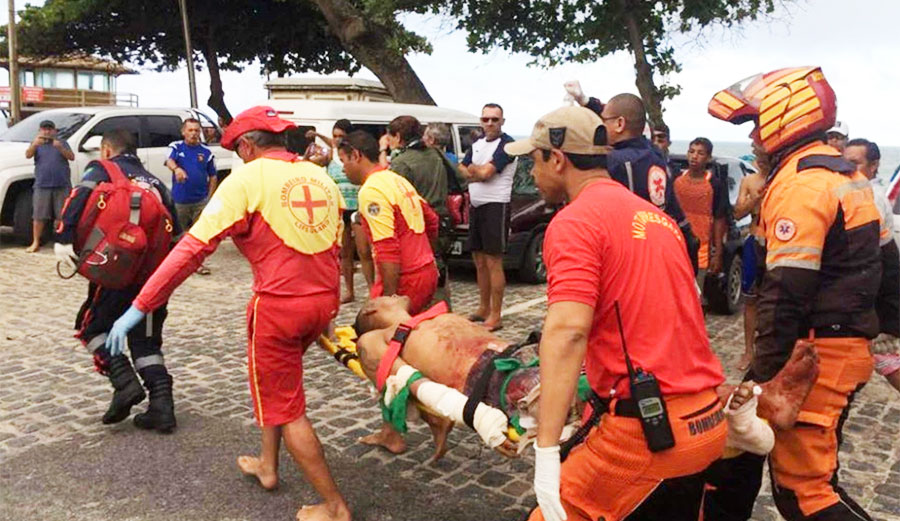 Pablo de Melo had to have his leg amputated after he was mauled by a shark in Brazil earlier this year. Image: NYPost/FocusOn News

To the men reading this section, tighten your stomachs and thank your lucky stars. Pernambuco, Brazil has experienced 57 recorded shark attacks in history. The most recent and gruesome Recife horror story told of Jose Ernestor da Silva, who lost his life to a tiger shark in June of 2018. The tiger shark ripped off da Silva’s leg and penis, causing an irreparable amount of blood loss. The largest concern with the Recife attacks is that so many of them are fatal. From the 56 recorded attacks over the past 20 years, 21 have been fatal. The beaches are still densely populated, but most locals know now to steer clear of the water.

West End, Grand Bahama is number ten on the list. Advertising Tiger Beach as a shark haven for scuba divers, the Bahamas now attracts tourists from all over the world, and the shark diving industry has exploded because of it. The confirmed fatality listed above is Austrian lawyer, Markus Groh, who was mauled by a shark during a scuba diving expedition with a controversial dive company led by Jim Abernathy. Abernathy’s dive company is based in Miami, Florida and continues to travel to the Bahamas for shark expeditions.