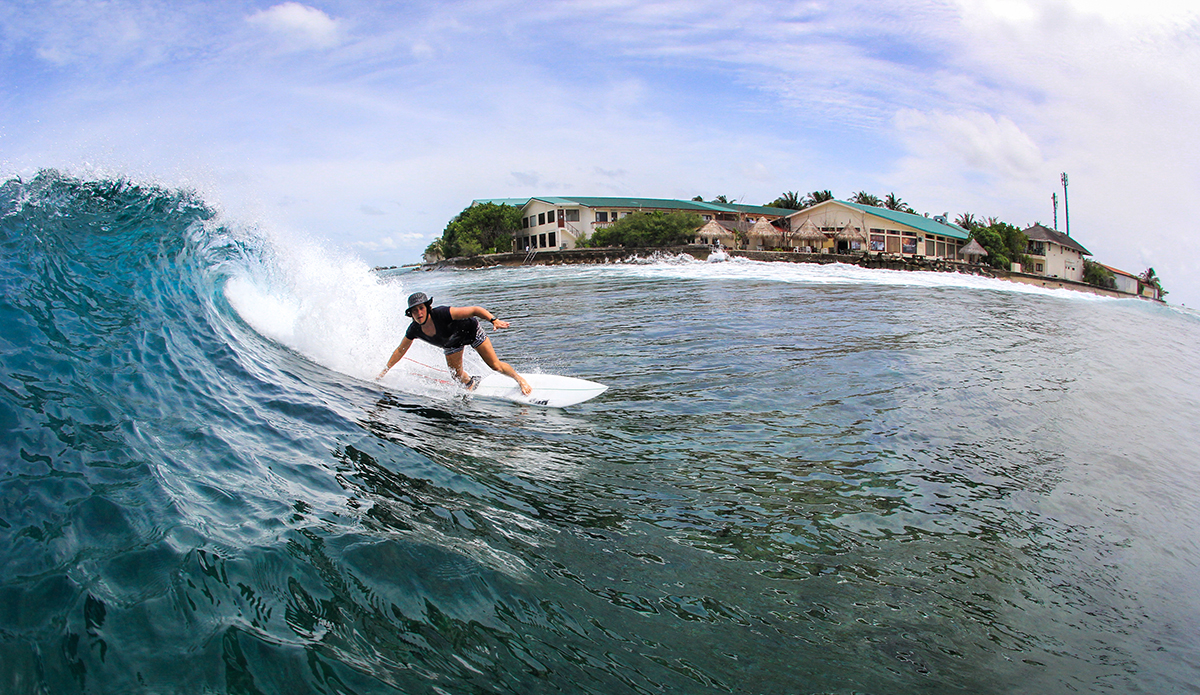 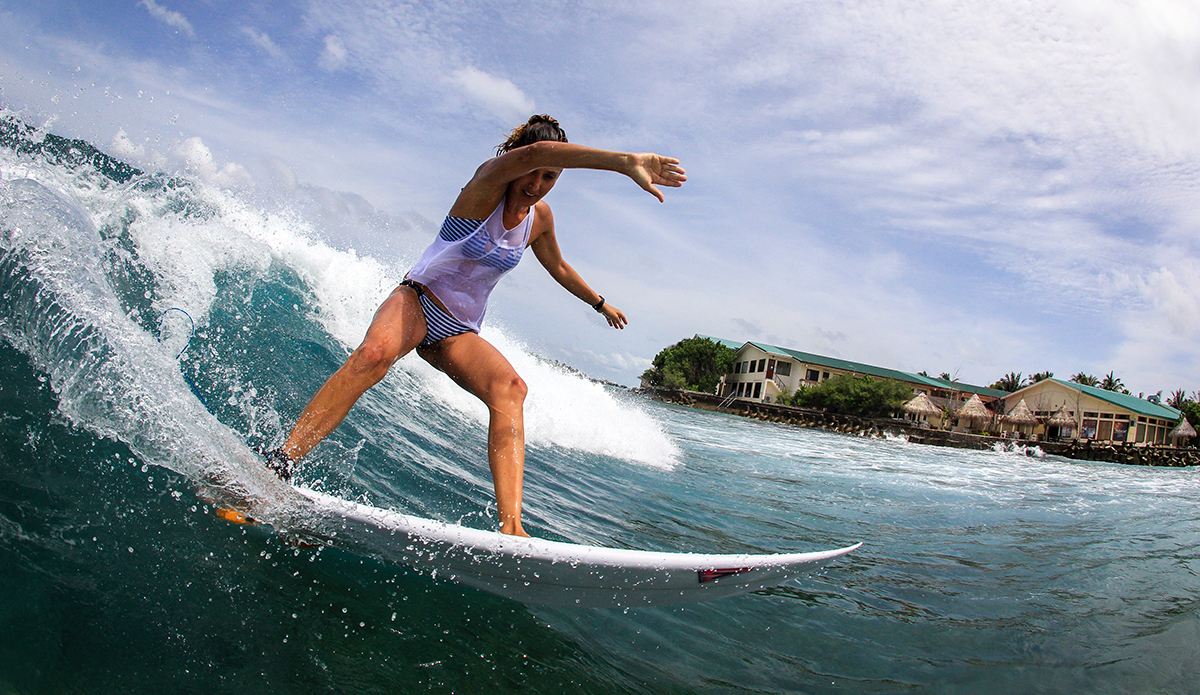 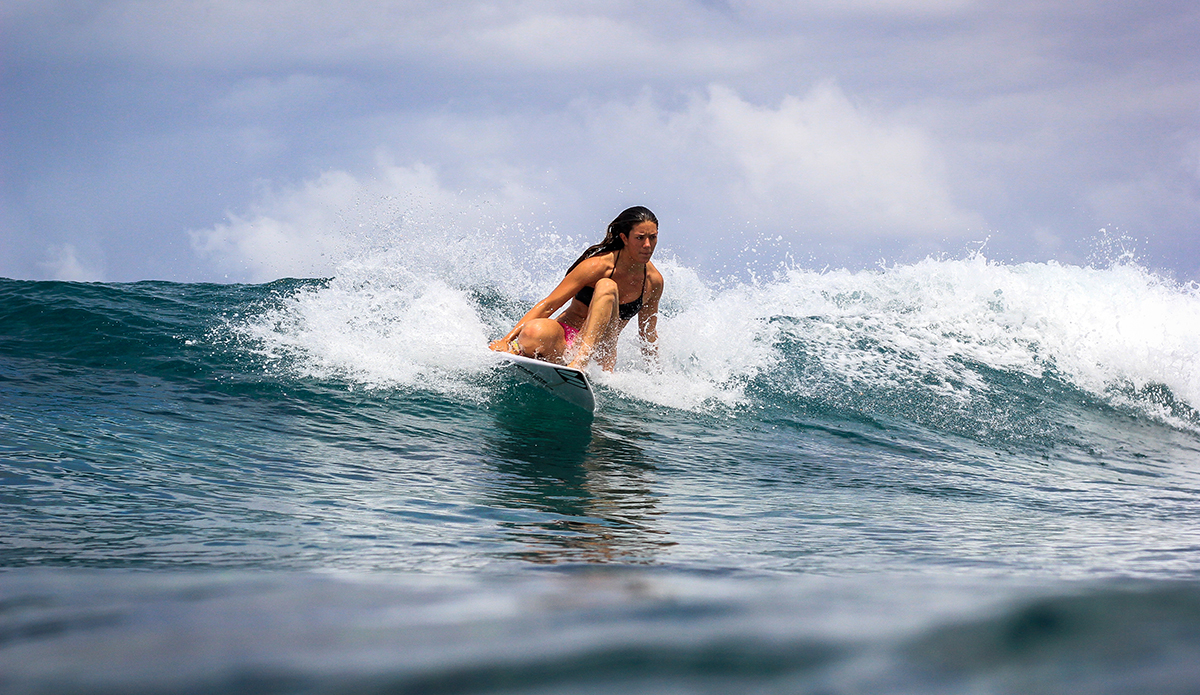 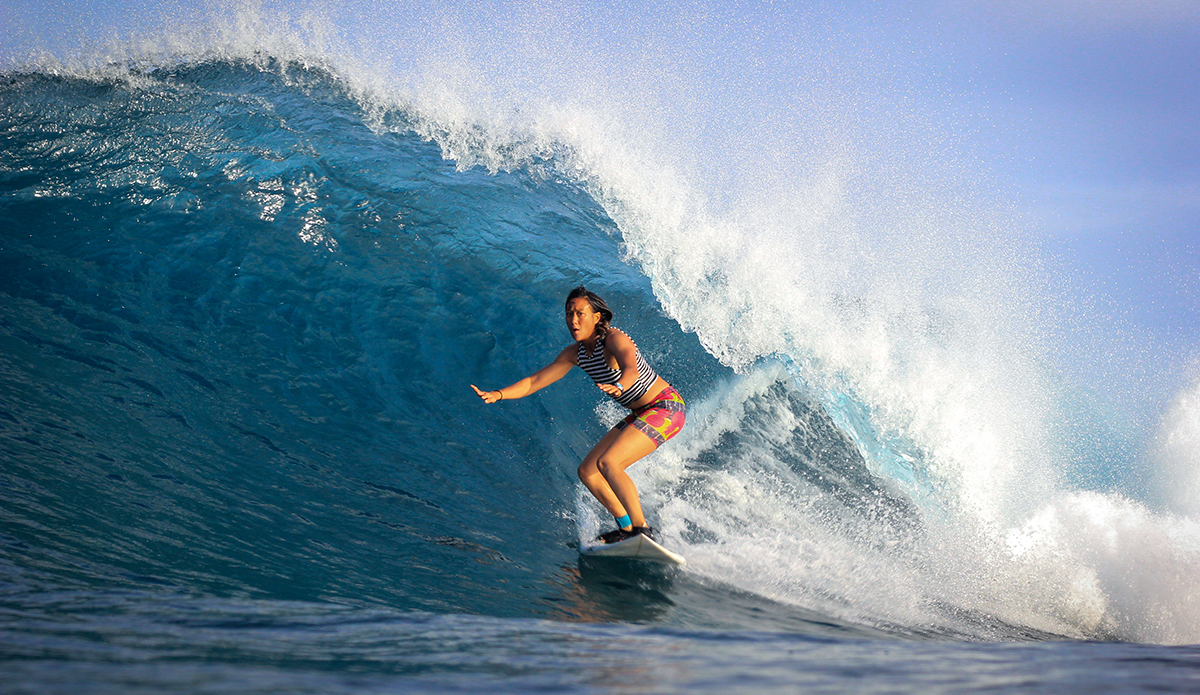 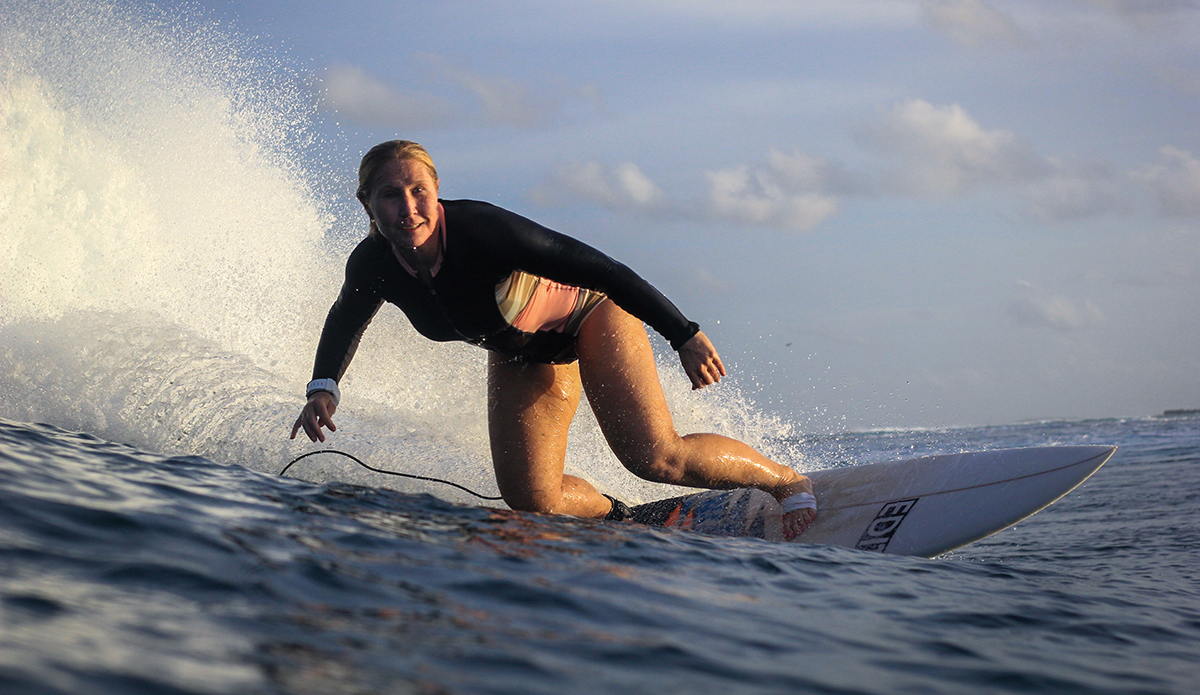 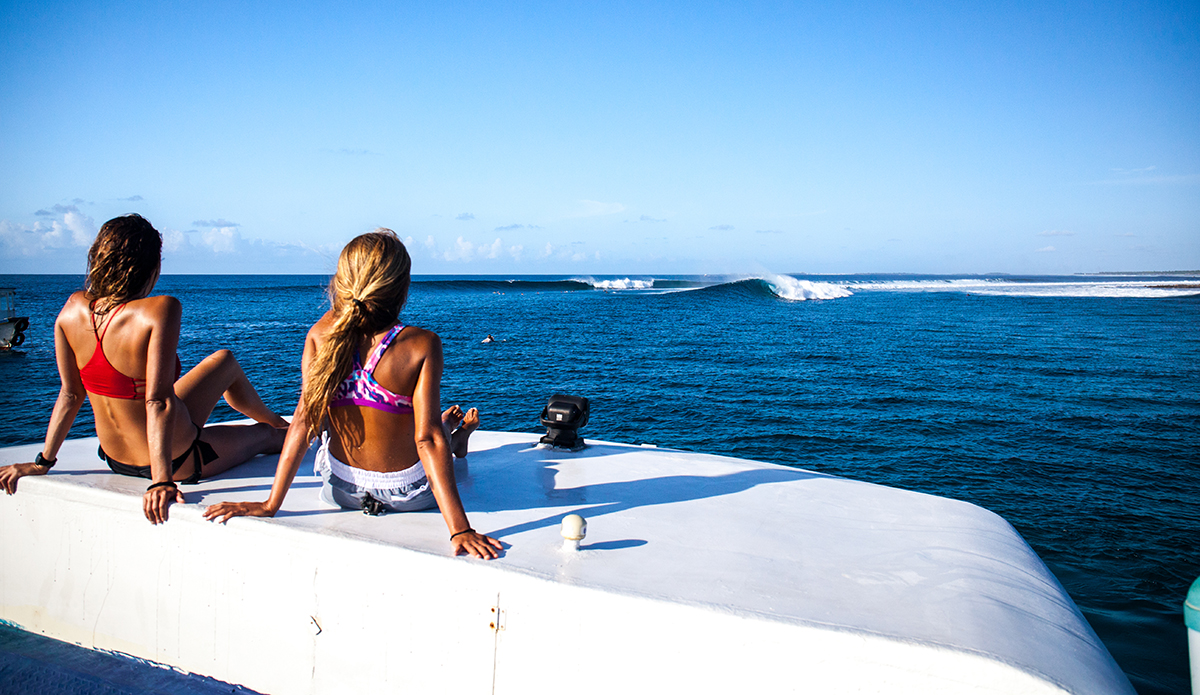 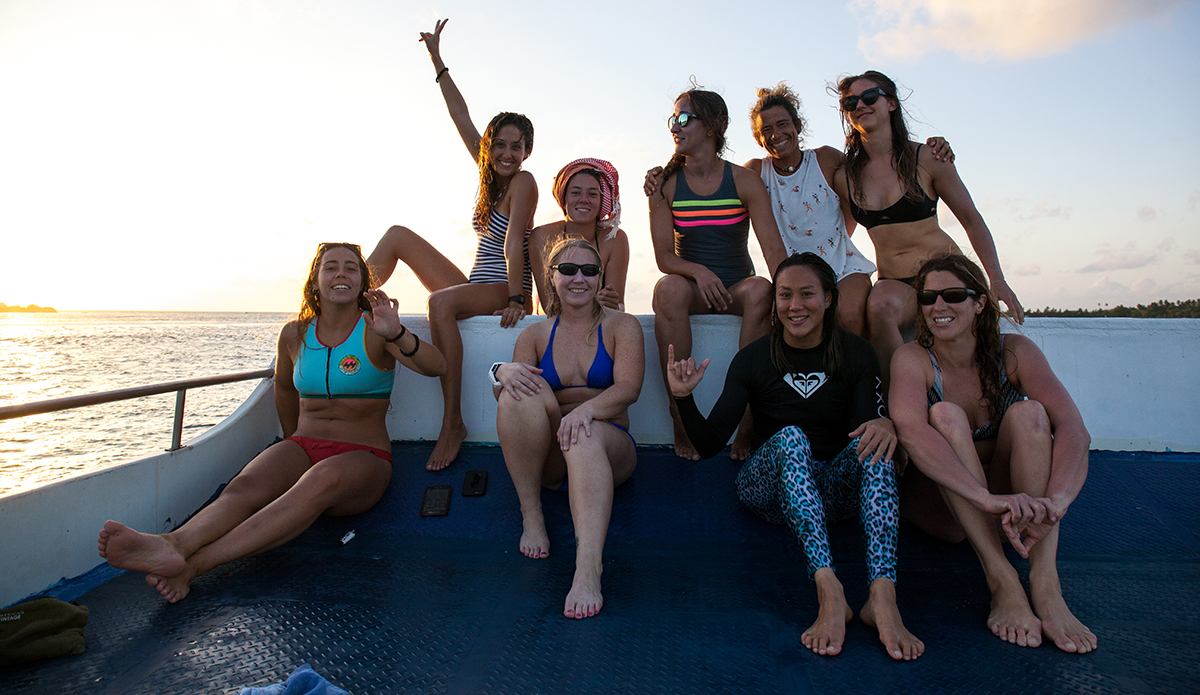 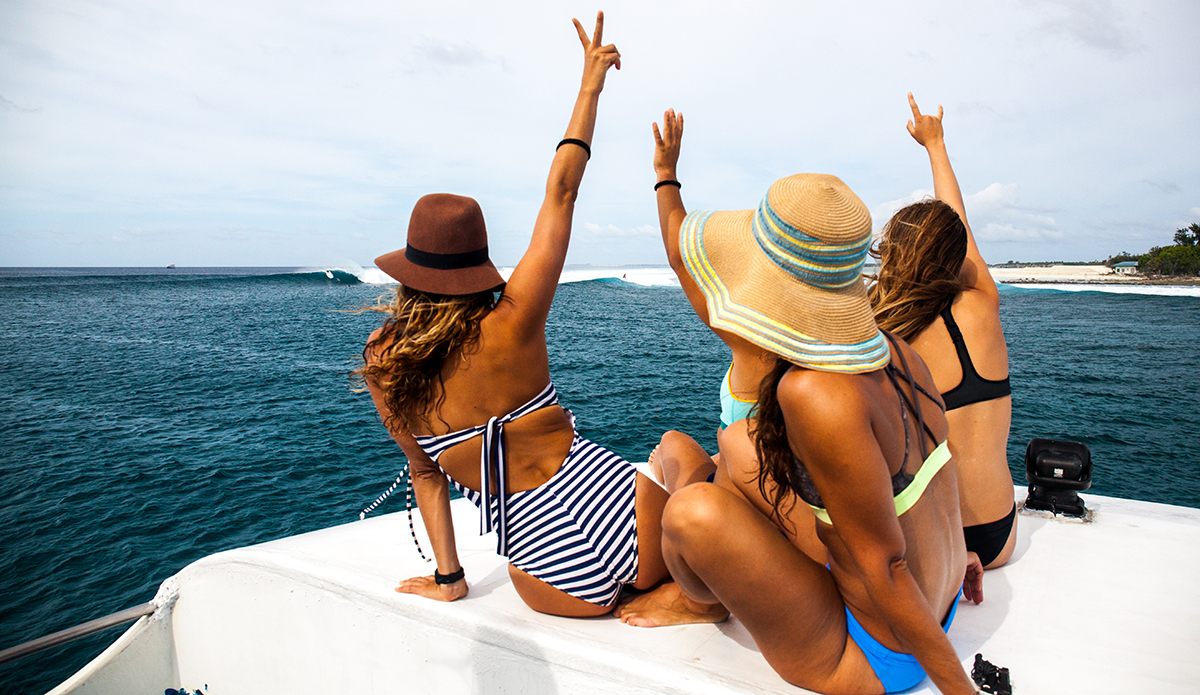 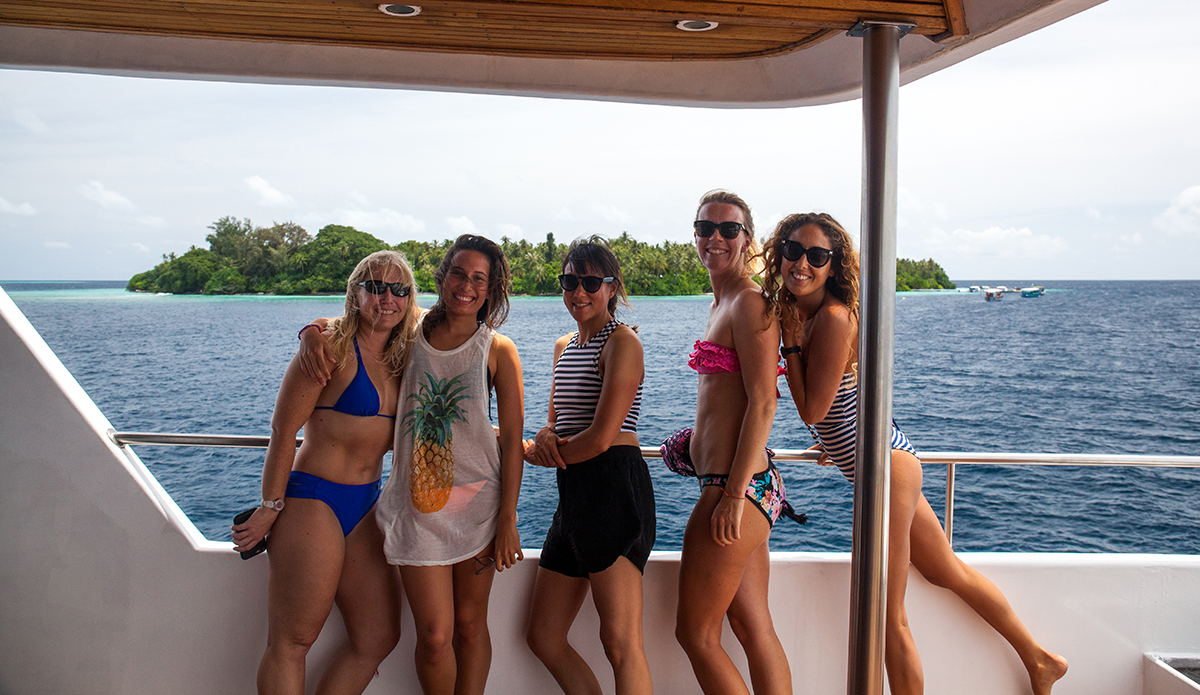 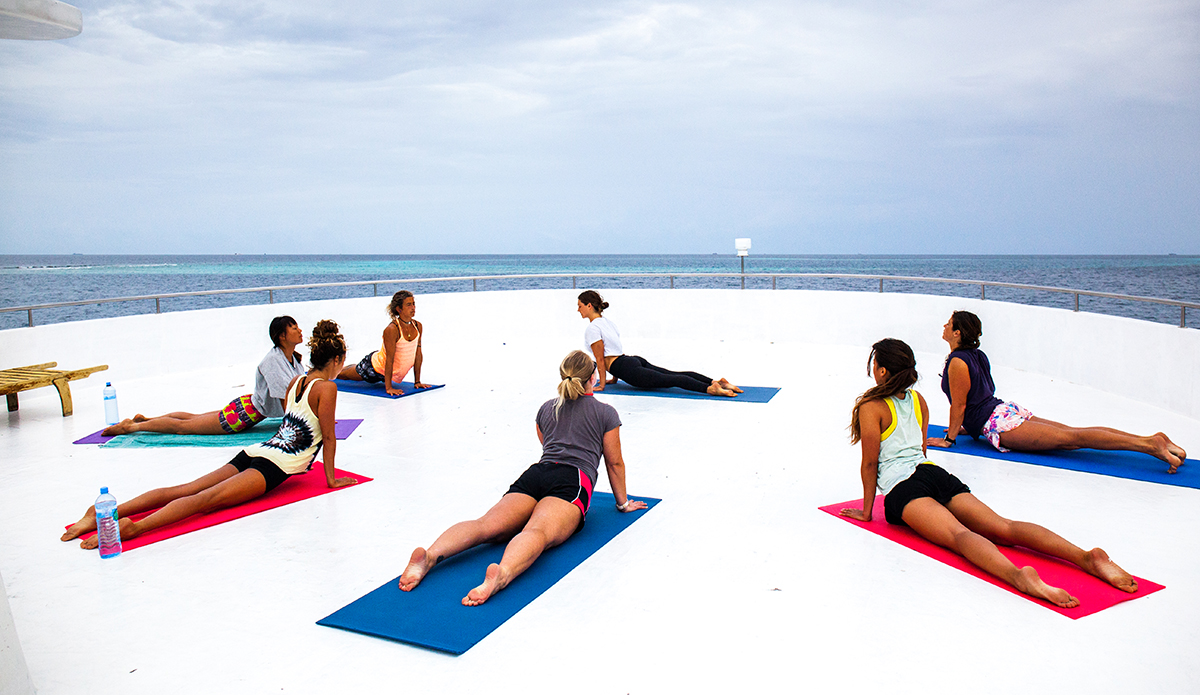 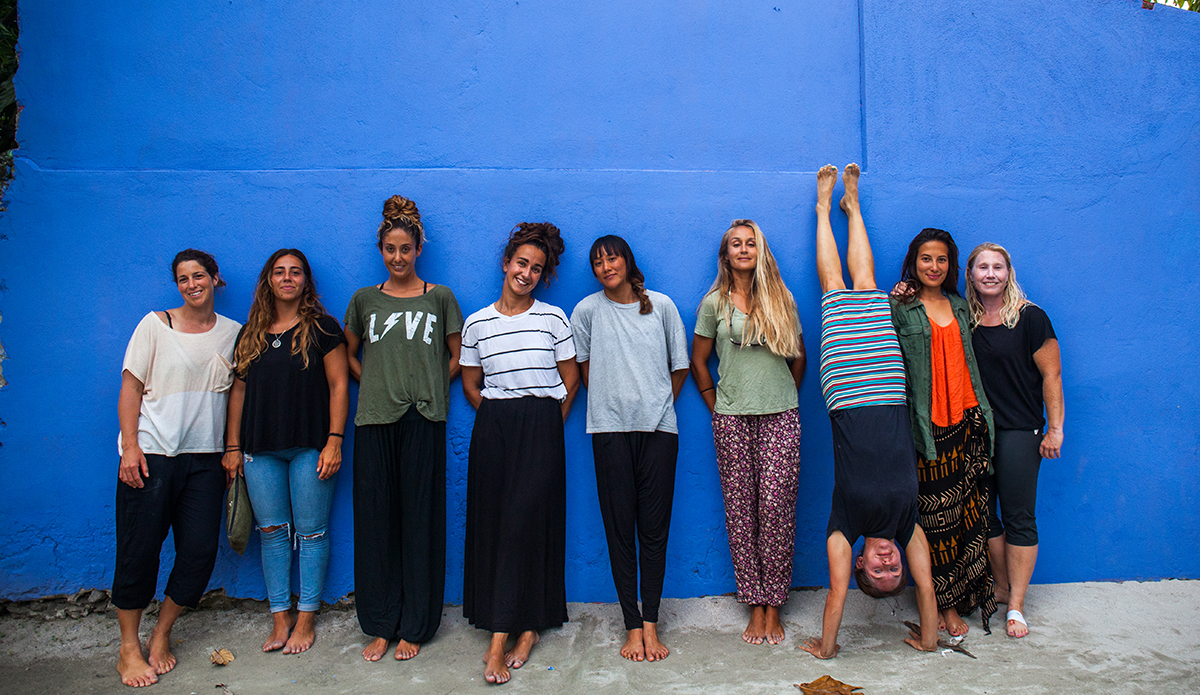 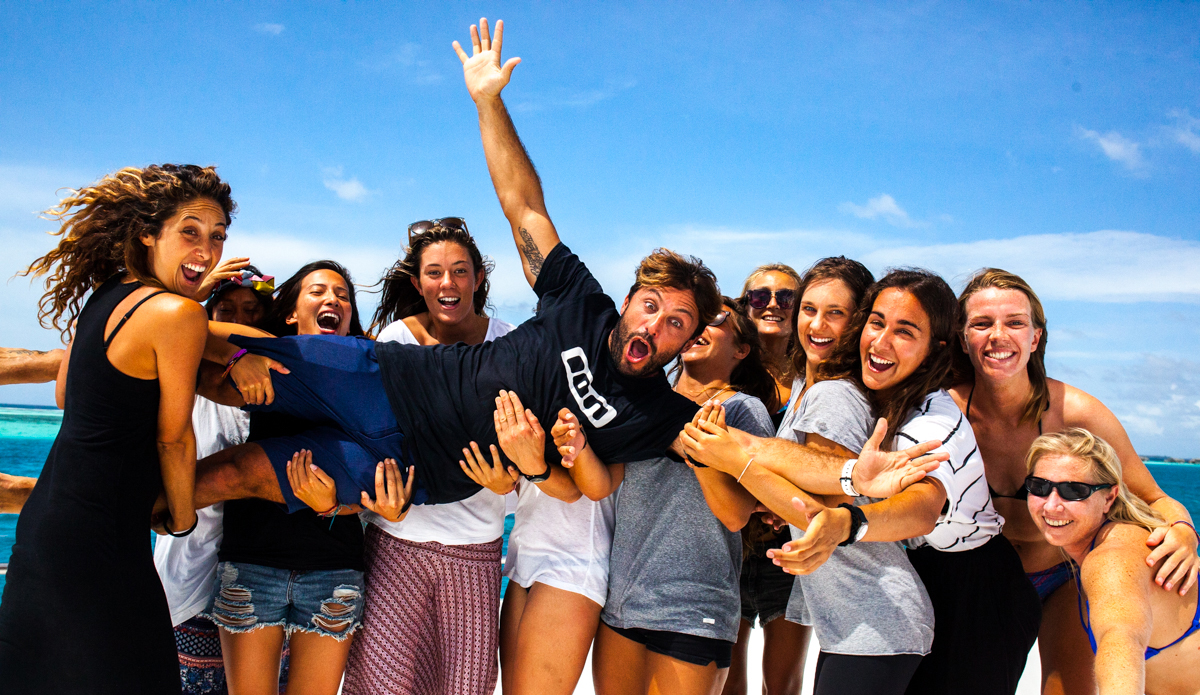 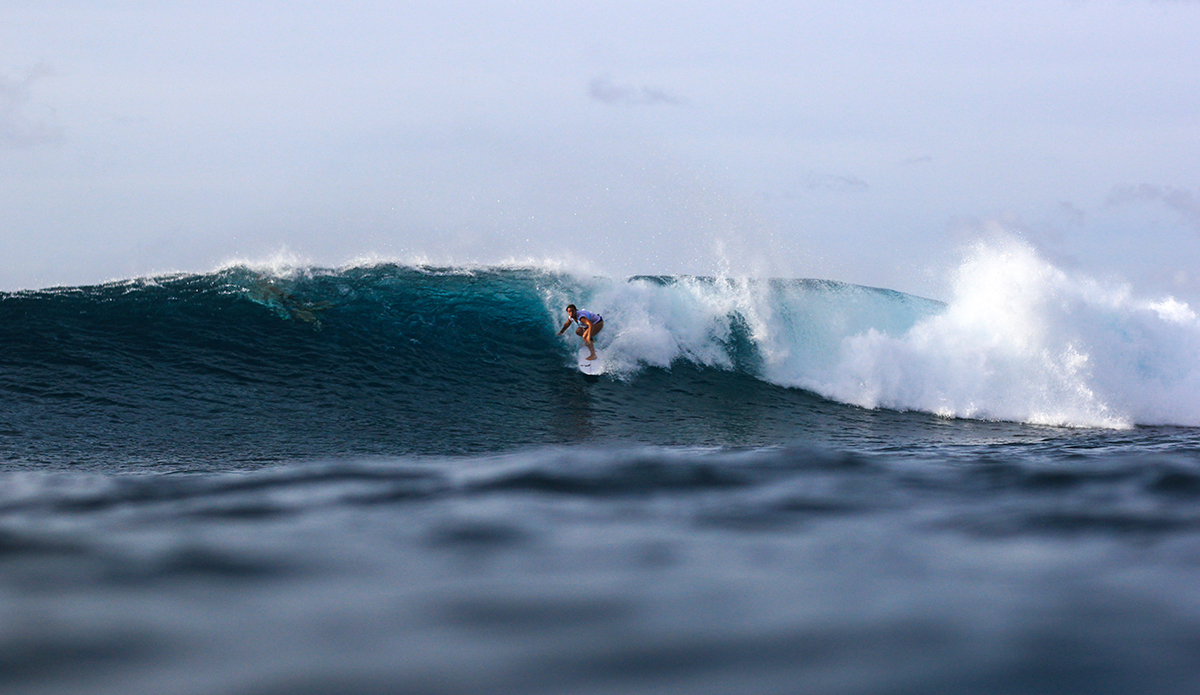 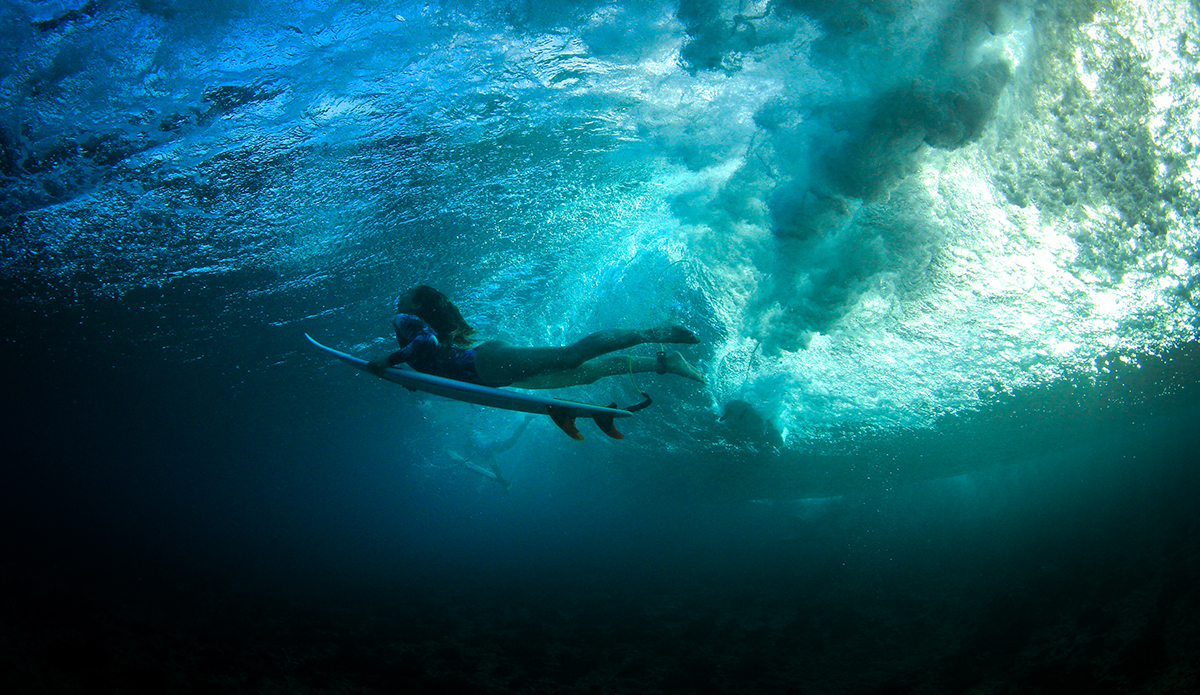 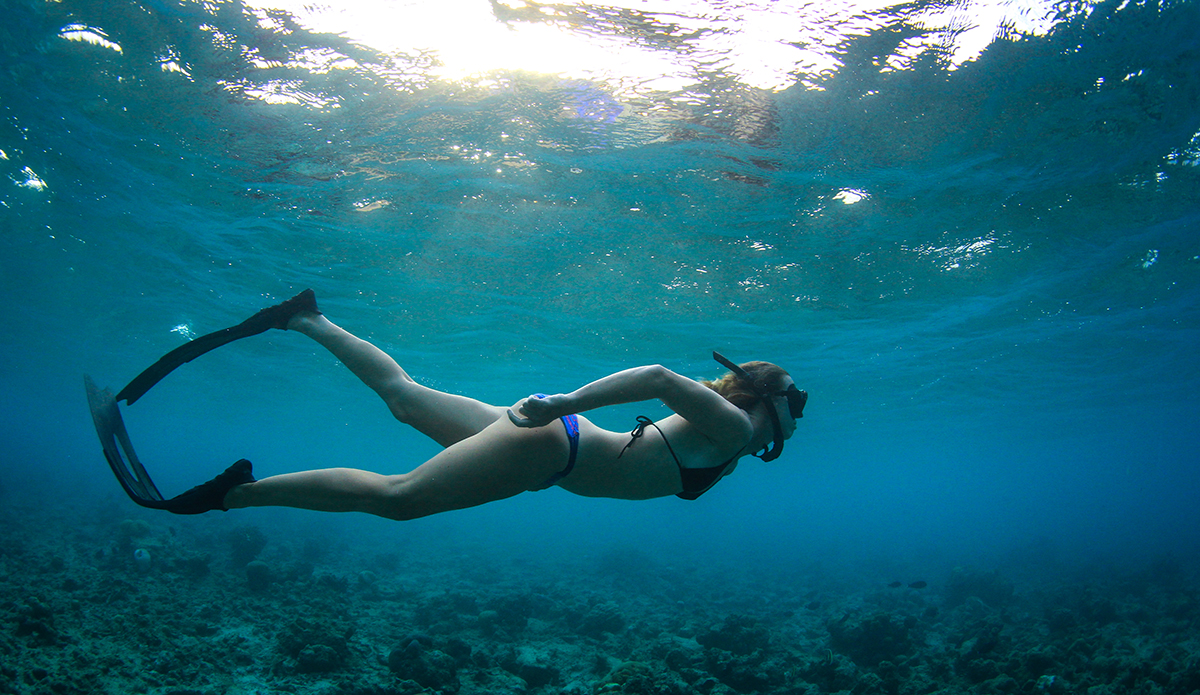 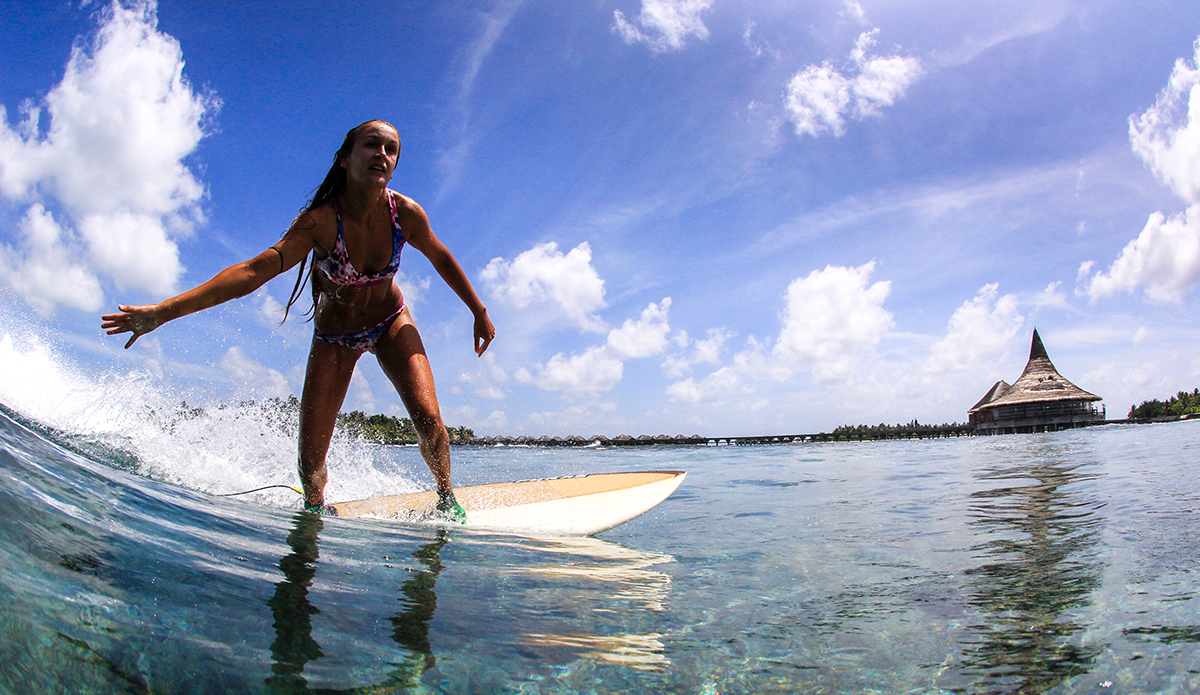 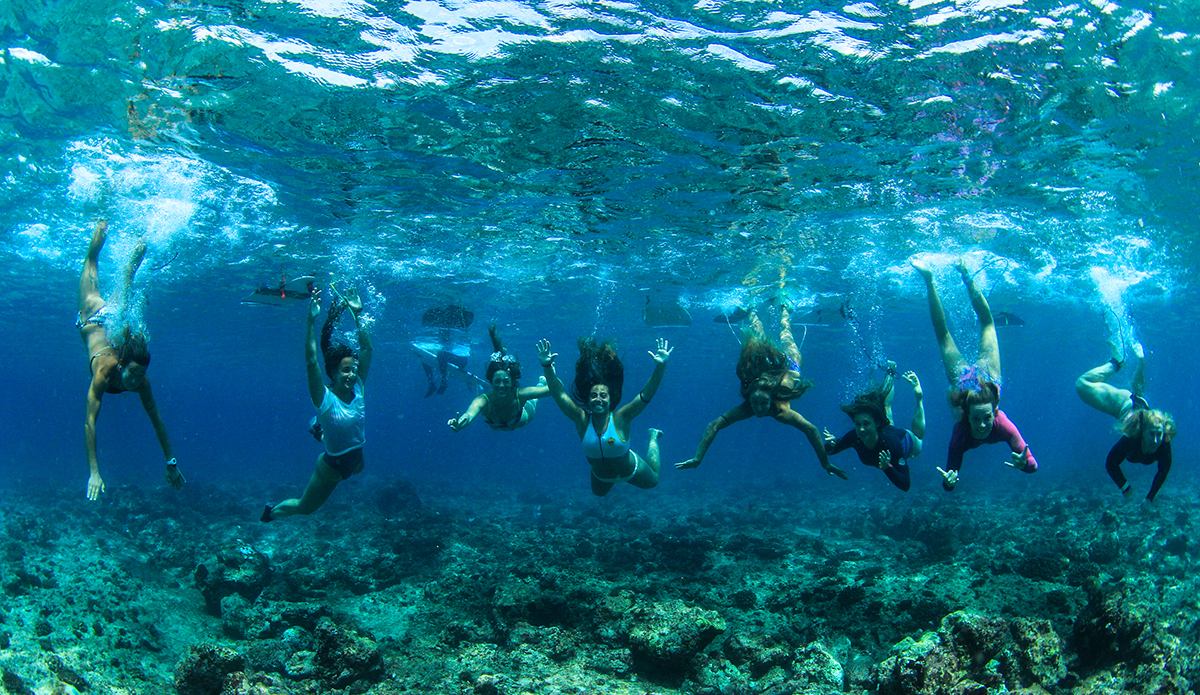 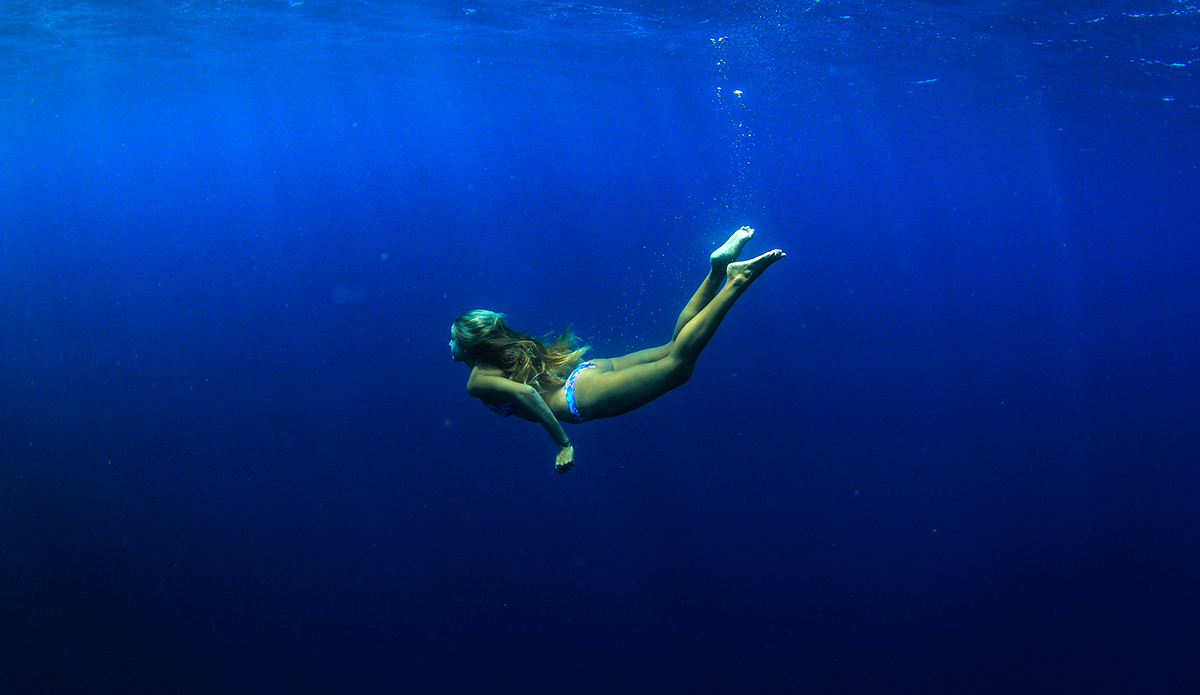 My travel mate from Belgium, Emilie Servais, has a sly smile, a gentle laugh, and an intense determination that escapes her easy going spirit at unexpected times. She’s sitting in the back of a cab fidgeting as her driver is in the middle of the road talking to others stuck in the gridlock traffic by the Bosphorus Bridge in Turkey.

“You cannot go to the airport, it is not possible,” the cab driver says in broken English. Emilie is not about to let traffic stand in the way of making her connecting flight, though. There’s a one-word mantra playing in her mind: Maldives. Maldives. Maldives.

“The airport is close enough,” she tells the driver. “I’ll just walk from here.”

The driver’s eyes bulge. “Very big political problems.” He can see his words are not enough, so he calls his daughter who’s more fluent in English, to explain.

“There are tanks blocking the road,” Emilie’s told. “It is a military coup. You need to return to your hotel… now.”

Meanwhile, I am still en route to LAX. But at the Istanbul airport, another woman we are meeting up with, Marta Salaner, from Spain, watches in utter bewilderment as the monitors change all flight status to DELAYED and then CANCELLED. No announcements are made over the PA or anywhere else in the airport, however, Marta’s phone starts buzzing with messages from friends and family asking if she is okay.

With contradictory information coming in from each new text, Marta’s confusion and anxiety worsens as she looks outside and sees the tanks rolling by. Not long after, gunfire erupts. Marta starts running. In the shouting, Marta finds other travelers from Spain and tries to stick with them. “We are doing our best to stay calm, but explosions shake the entire building. The military planes are flying low and very fast overhead and they are breaking the sound barrier,” she says.

At this point, only tourists are left in the airport. “When the staff leaves, they just leave. All the stores and restaurants are wide open. It feels just like an episode of the Walking Dead; stray passengers roaming around scared, dazed, in shock. At one point a guy jumps over the counter at a restaurant and starts cooking burgers for everyone. We also try to take turns sleeping. On the chairs, on cardboard on the floor, anywhere. But with the explosions and commotion it is too terrifying for me to sleep,” Marta says.

During the night, the military seizes control of communications and social media. The airport monitor screens go black, then white, then it says the flights are back on and then delayed. The travelers have no idea when or if flights might resume, and most embassies are little to no help.

A few kilometers away, Emilie is back at the hotel where she also spends a sleepless night. Her smile is lost as she gathers to watch the news with pilots and other travelers. “Each news source is telling a different story,” she tells me later. “One says the military coup was successful and everything would soon go back to normal, another says the coup was unsuccessful and the people must rise up to fight the remaining troops. We don’t know what is right, or what we can believe. ”

As I arrive at LAX to catch my flight to the Maldives, also connecting through Turkey, I have no idea if the plane will take off, and if so what we might be flying into. Just before we are to board, tweets from Turkish Airlines and NPR both say operations will soon resume at Istanbul Ataturk Airport. I roll the dice and hope that is indeed the case as I board the plane.

The new day dawns in Turkey, and news comes that the airport will indeed re-open at 9 a.m. local time. Emilie takes the first cab available. “The driver can’t believe I’m going to the airport, he is very negative and keeps saying I should forget about it. No planes will be leaving.” On the way to the airport, Emilie crosses the bridge where she had been turned around. Over 60 people had been shot on the bridge the night before because they were in the way, she learns. “I remembered thinking how beautiful the bridge was as I approached it the day before, and thought how fast the world can change.”

Arriving at the airport Emilie quickly finds Marta, and along with thousands of other weary travelers, they anxiously wait for hours to see when flights will be rescheduled.

My flight lands in Istanbul some 13 hours later. Fatigue and despair are heavy in the air and exhausted travelers are passed out throughout every nook and cranny in the airport. Lines of people desperately trying to get transfer flights are still exceedingly long despite the fact that the airport has been open for over 12 hours.

Around 2 a.m. Emilie, Marta and I are able to board the flight for the Maldives. For Marta, it has been a nerve-racking 37 hours in the airport with no sleep. She passes out as soon as she takes her seat on the plane. For Emilie, once the plane takes off an immense sense of relief sweeps through her she says, “I want to get down and kiss the ground of the plane.”

The rest of the group greets us when we finally arrive in the Maldives, and we are immediately whisked away to our waiting boat, Dream Catcher, and surfing within hours. The group of 14, who I had previously met only through social media, hits the water with intensity and purpose. “When the salt water hit my face the adrenaline rushed through me and I just went for it. I wanted to wash Istanbul off,” says Emilie. “I saw Marta after her first wave and she had a huge smile on her face,” Emilie says finding her own smile again.

These waves are what have brought us together – a veritable United Nations of surfing with five nationalities represented and nine languages spoken by the 10 women on the trip. Fueled by a strong Spanish contingent, the group has a spicy Latin flare as the girls are quick to laugh, dance, and paddle for any wave heading their way. “Dale, dale, dale,” they yell, meaning go ahead, go for it, get it!

While boat trips are certainly nothing new, the truly unique aspect of this trip is the personalized coaching. The fierce debate rages on about surfing as a sport, art, or lifestyle, but no one can argue the desire to improve at the craft. Usually reserved for professional surfers, or the groms on track for that profession, not much exists in the way of coaching for intermediate or advanced hobbyist surfers wanting to take their skills to the next level. Our particular group ranges from 21- 39 years old, with surf experience between 10 and 30 years.

Phuong-Dung Hoang, a member of our Australian group and self-proclaimed power-napper, tells me, “When you think about surf coaching you think only professionals get coached, not normal people. It’s been quite good coming on this trip and learning what I do wrong. I’ve always looked at pictures and thought something was off, but until this trip, I was never sure what that was.”

We are greeted by a solid swell that slowly builds from the moment we arrive, pushing many of us past our comfort zones. Each morning, the 5 am wake-up call is followed by a two-hour dawn patrol, breakfast, video analysis of the first session, another surf, lunch, siesta, another session, yoga, dinner, and photo review. During the video analysis, the wave I could have sworn I got barreled on, or at least cranked out a huge turn, suddenly looks a lot less impressive as the technicalities of the maneuver are explained and the flaws noted. Reality is harsh.

The coach, Ivan Villalba, runs Elite Surf Coaching based in the Canary Islands. Ivan works with professional surfers across Europe, up-and-coming pros, and runs a number of travel coaching opportunities for normal surfers, such as this group. Extremely animated, he tirelessly analyzes each wave and maneuver illustrating on dry land the proper technique, as well as the wrong way. “Compression, compression, compression!” becomes a common theme. Speaking of proper arm movement throughout the turn (his iconic “magic surfboard”), he has an uncanny resemblance to Bodhi from Point Break. During the few moments of downtime, many of the women take Ivan’s tips and practice on dry land — the wall by the kitchen table taking a continuous beating as Marta and Natalia led the charge in working to increase muscle memory for proper turns.

The results of these analysis sessions, dry land practices, and surfing until we can no longer paddle day in and day out are undeniable: we all experience progression in two weeks that normally takes months if not years.

While we’d spent the past two weeks working on our forehand carves and reading the barrel, back in Turkey the nation is recovering from its fourth coup attempt since 1960. This most recent incident left nearly 300 people dead, including many loyalist forces and masses of civilians who rushed to the streets and the Bosporus Bridge to resist the coup attempt. On July 27th the Turkish government announces they will rename the bridge linking Istanbul’s Asian and European sides to “July 15th Martyrs’ Bridge,” to honor these civilians.

Near the boat’s bow and calmly packing her bags, Emilie reflects back on the rocky start of the trip in Istanbul, “In a way, it was not a bad experience. It made me appreciate everything more. I am where I should be.”

And in this world that’s not a bad place to be.