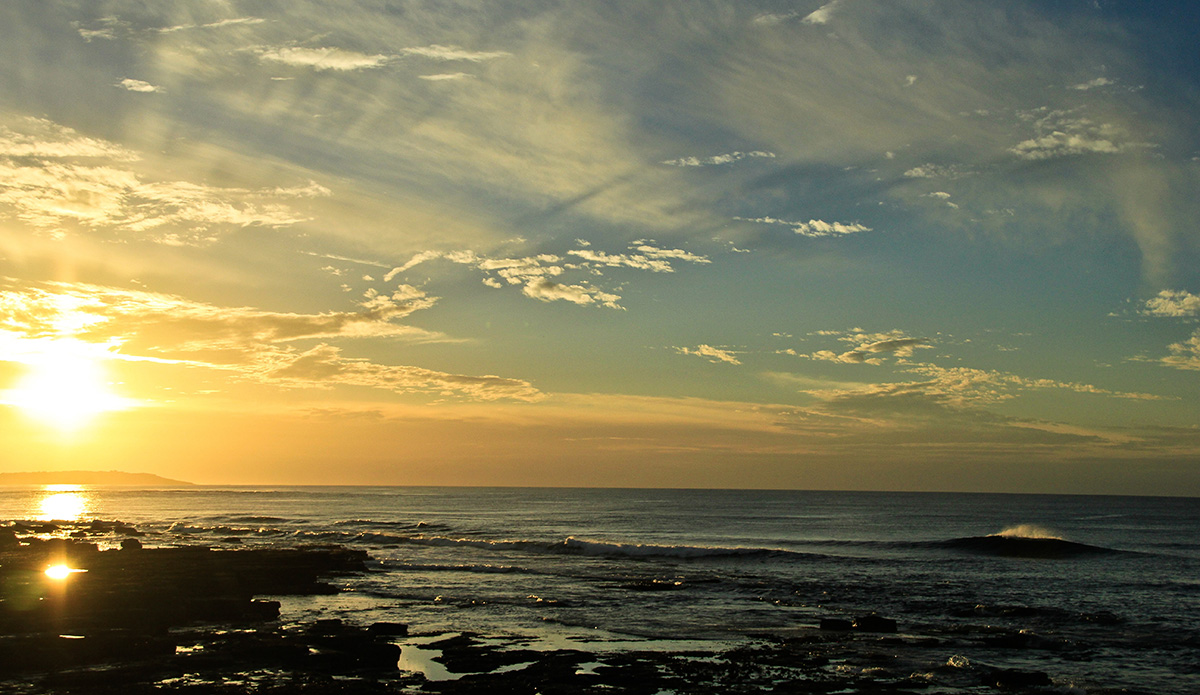 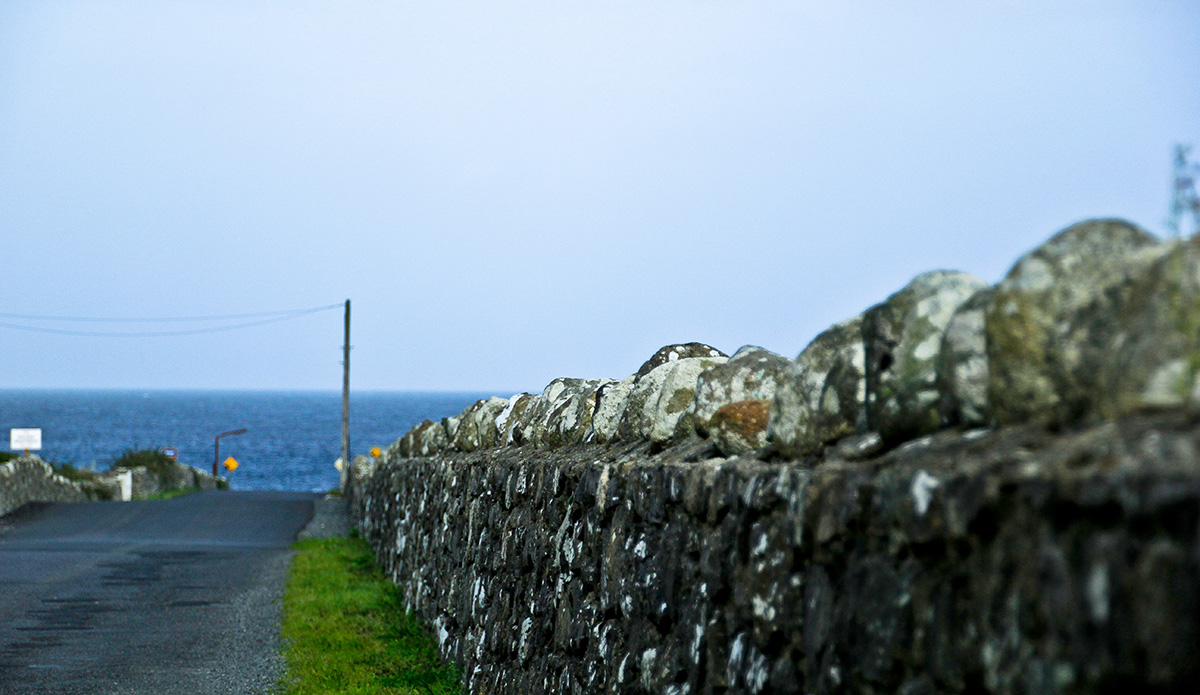 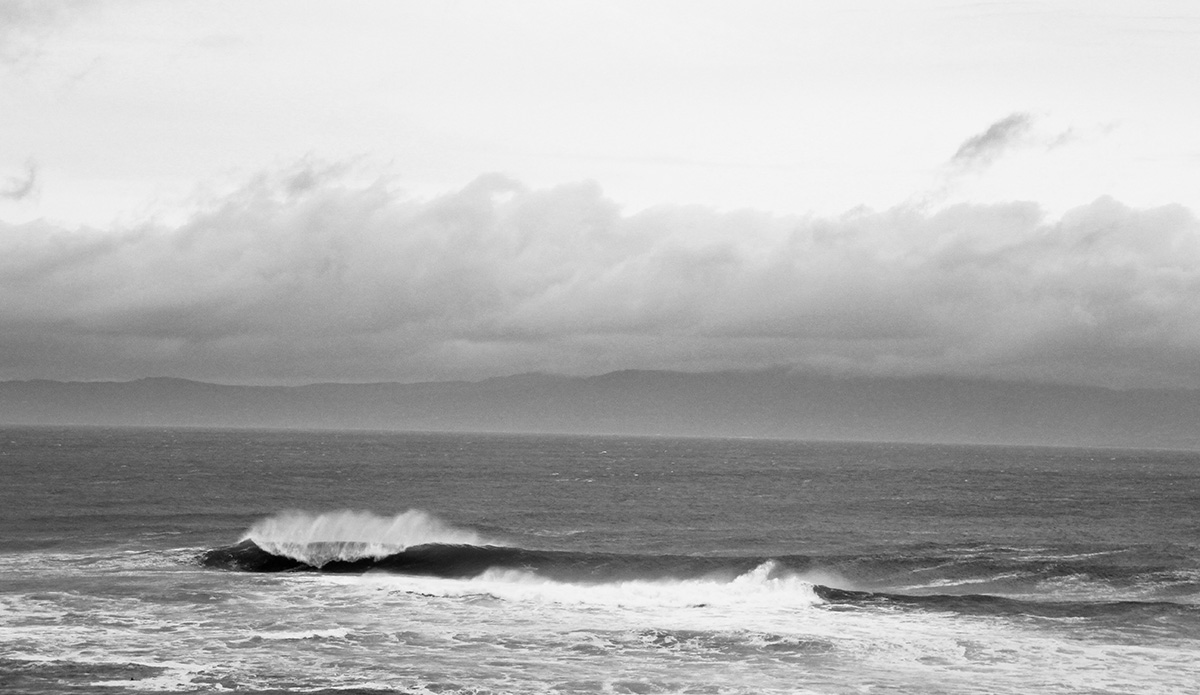 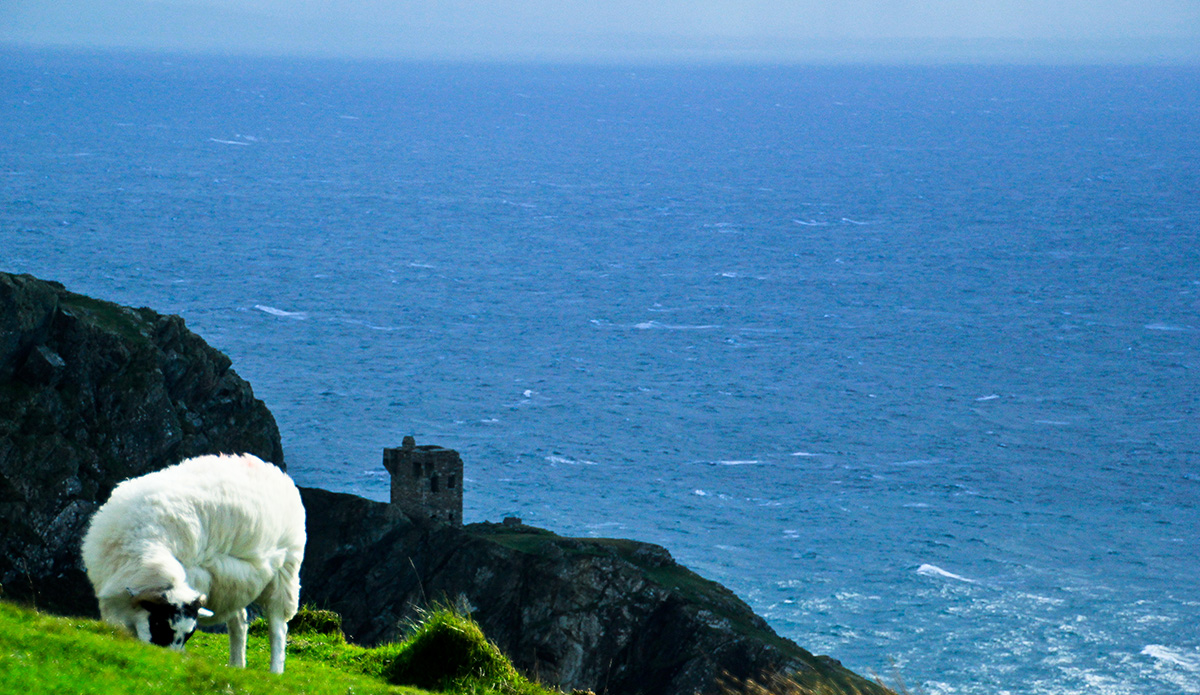 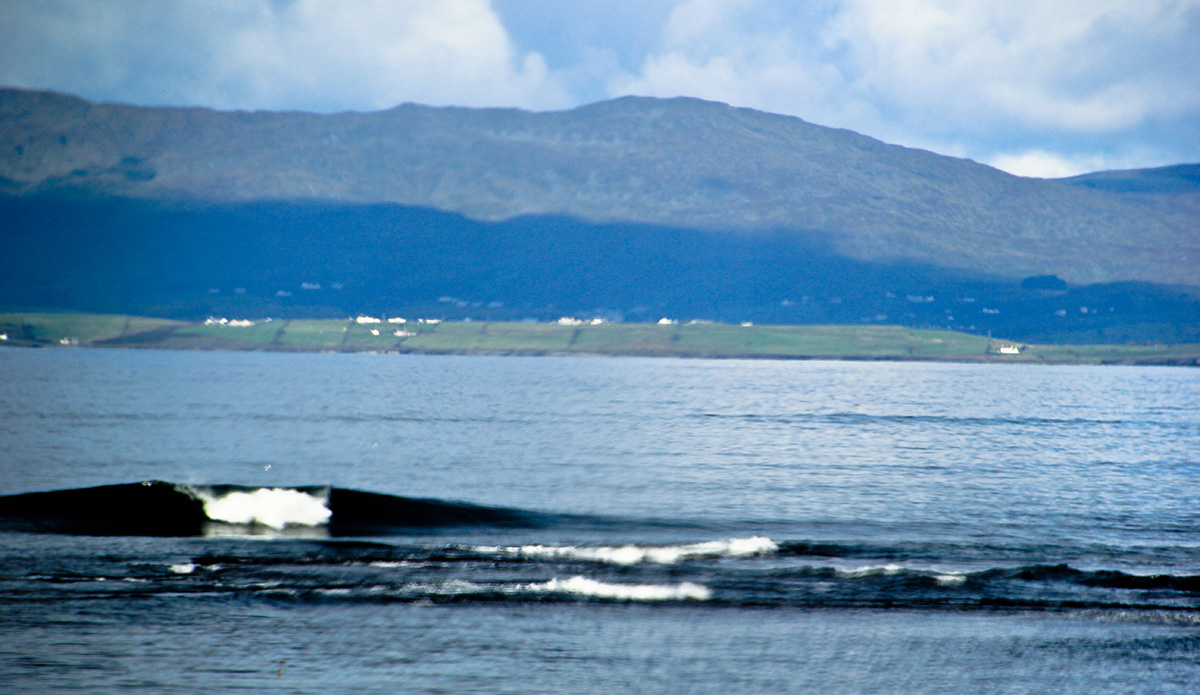 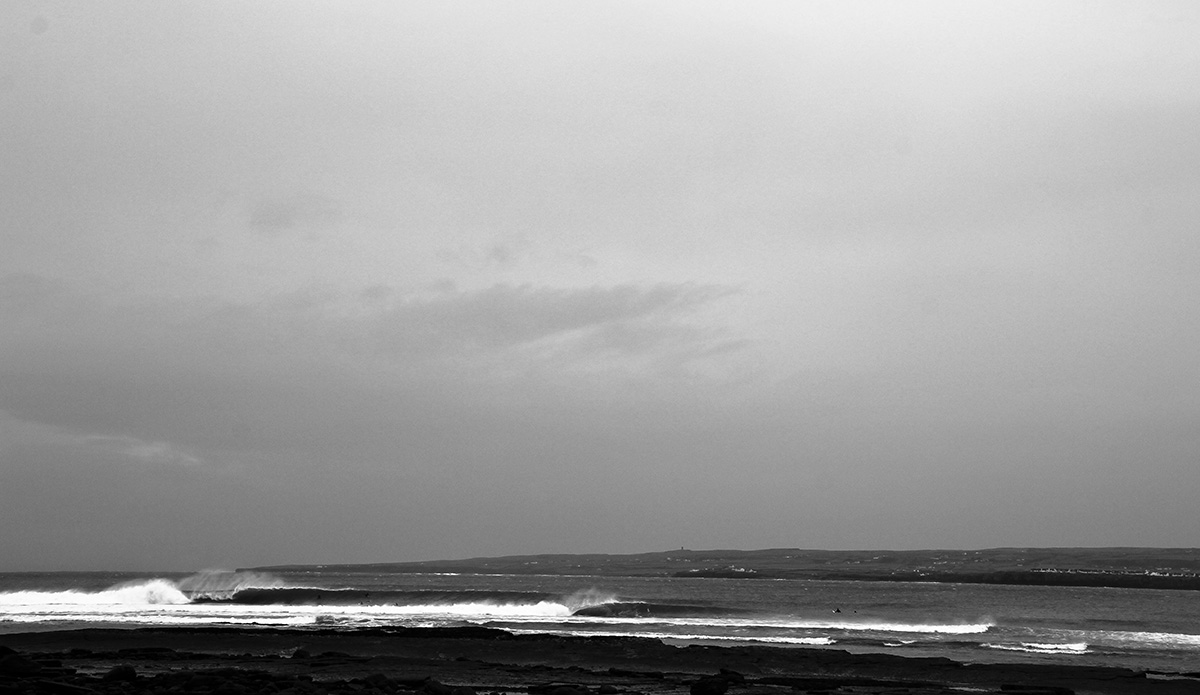 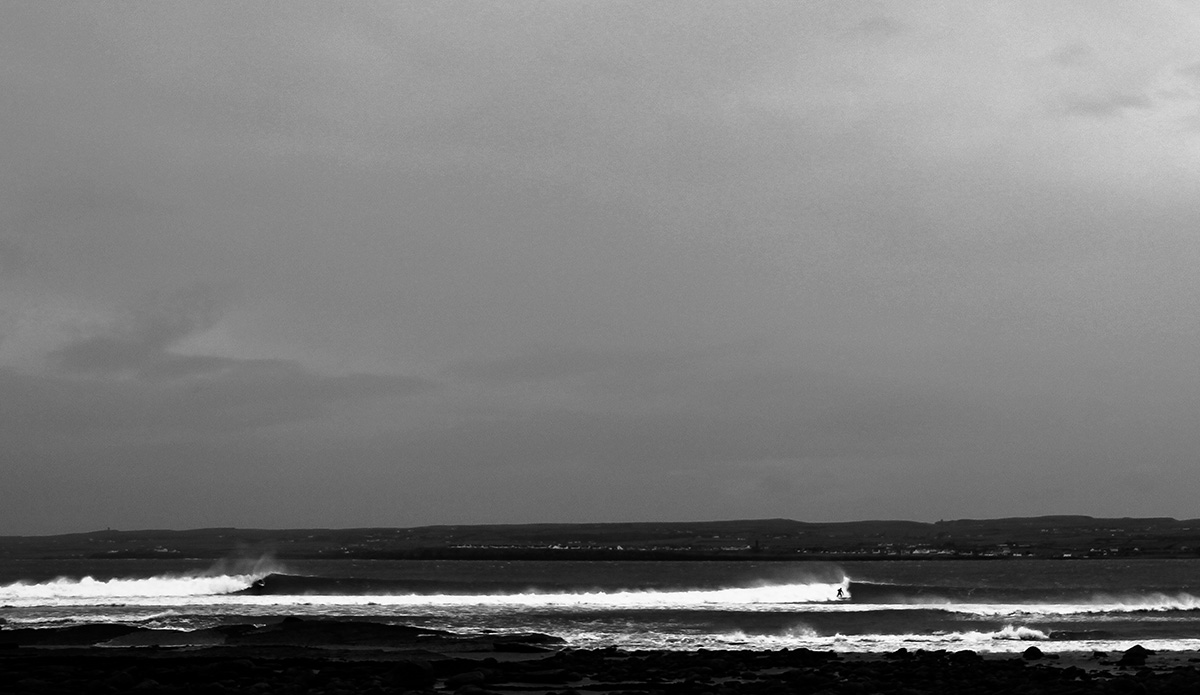 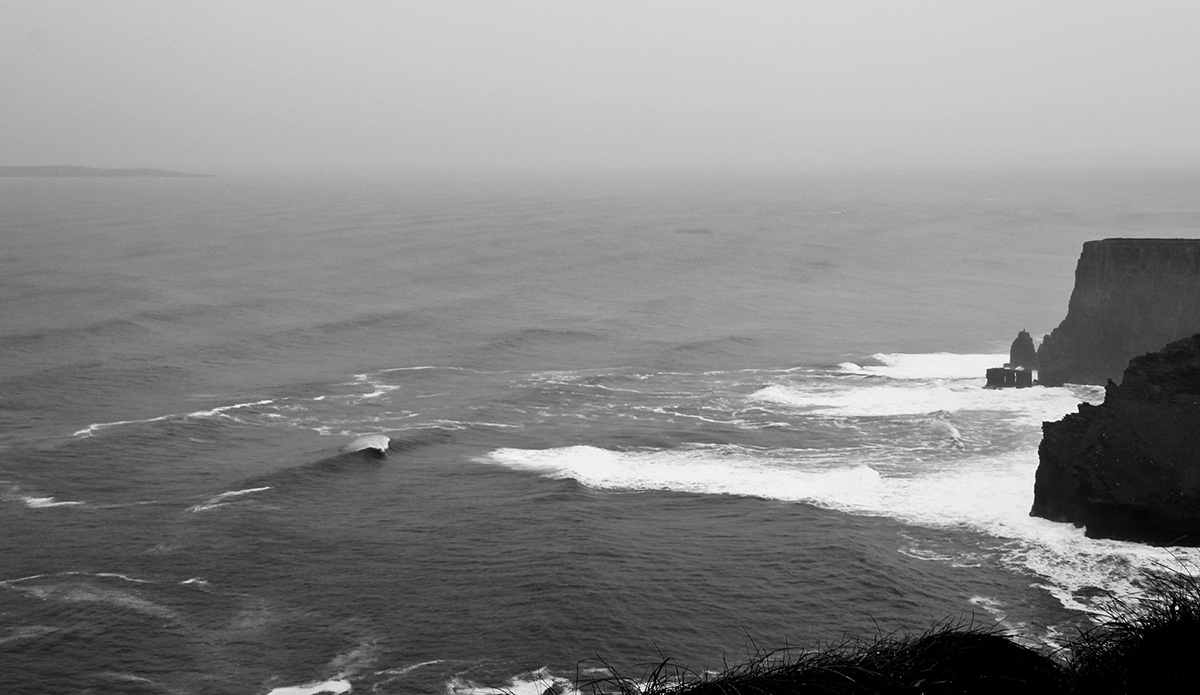 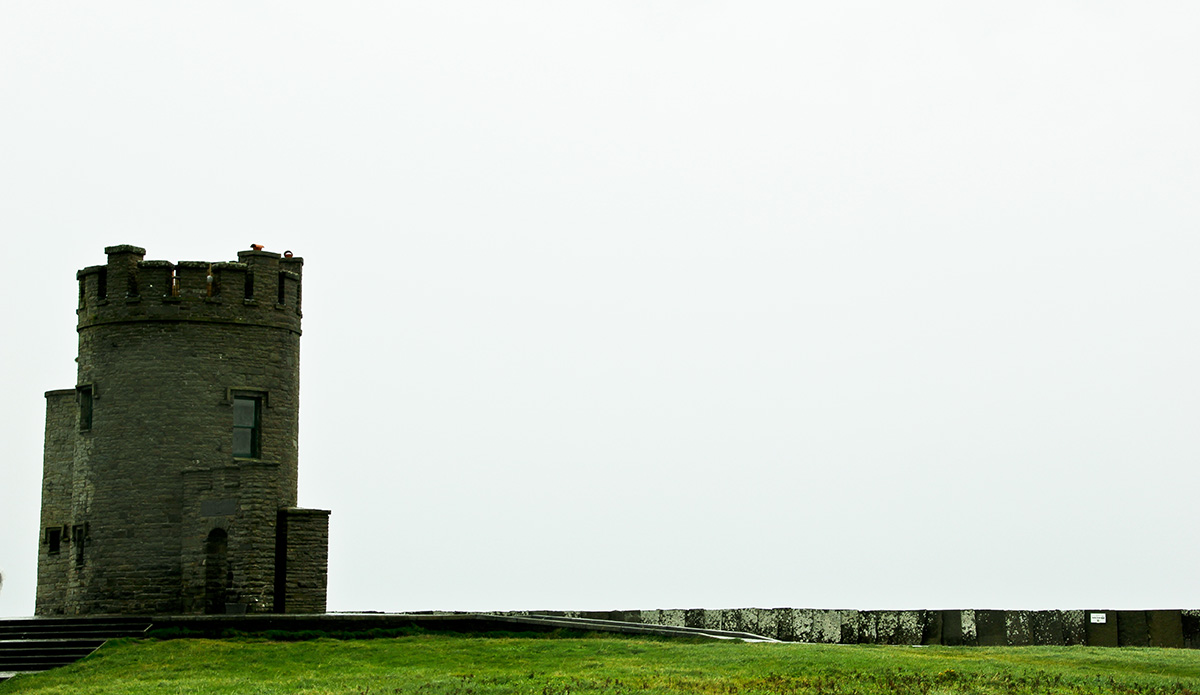 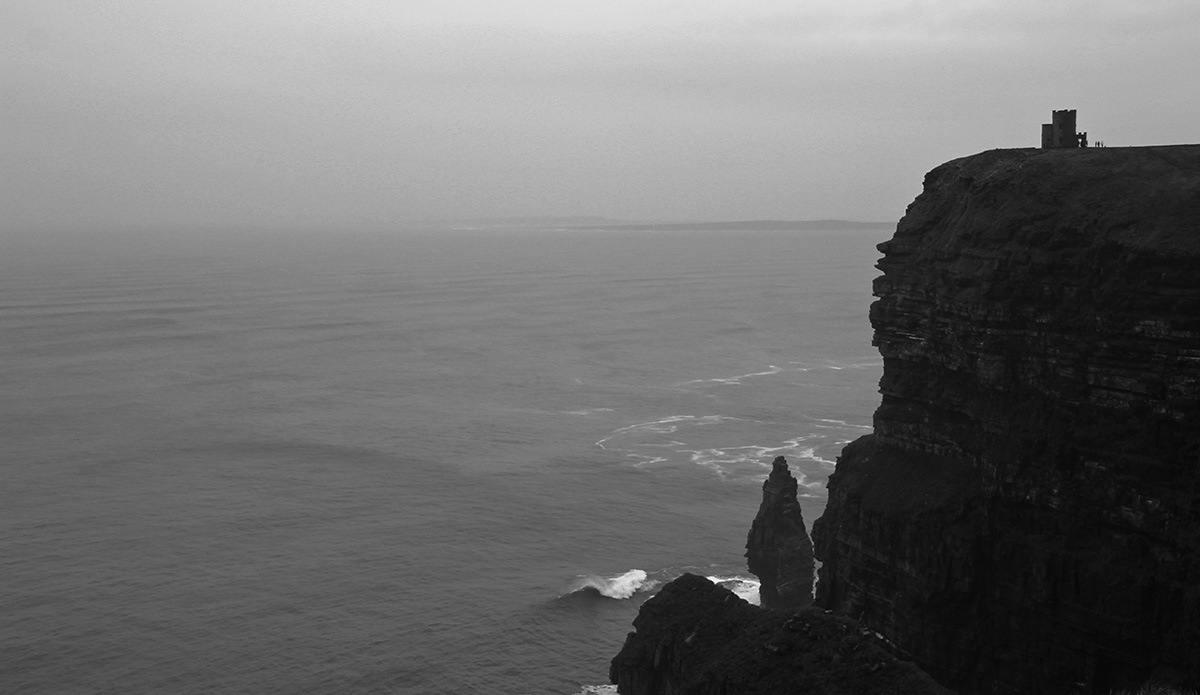 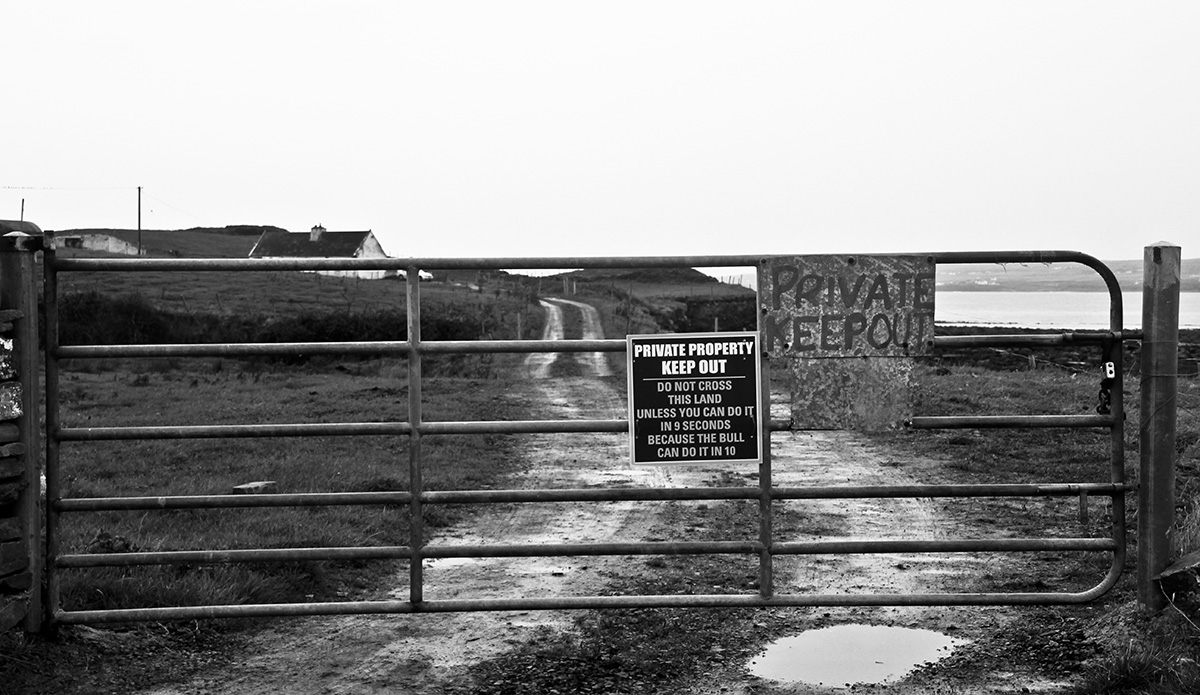 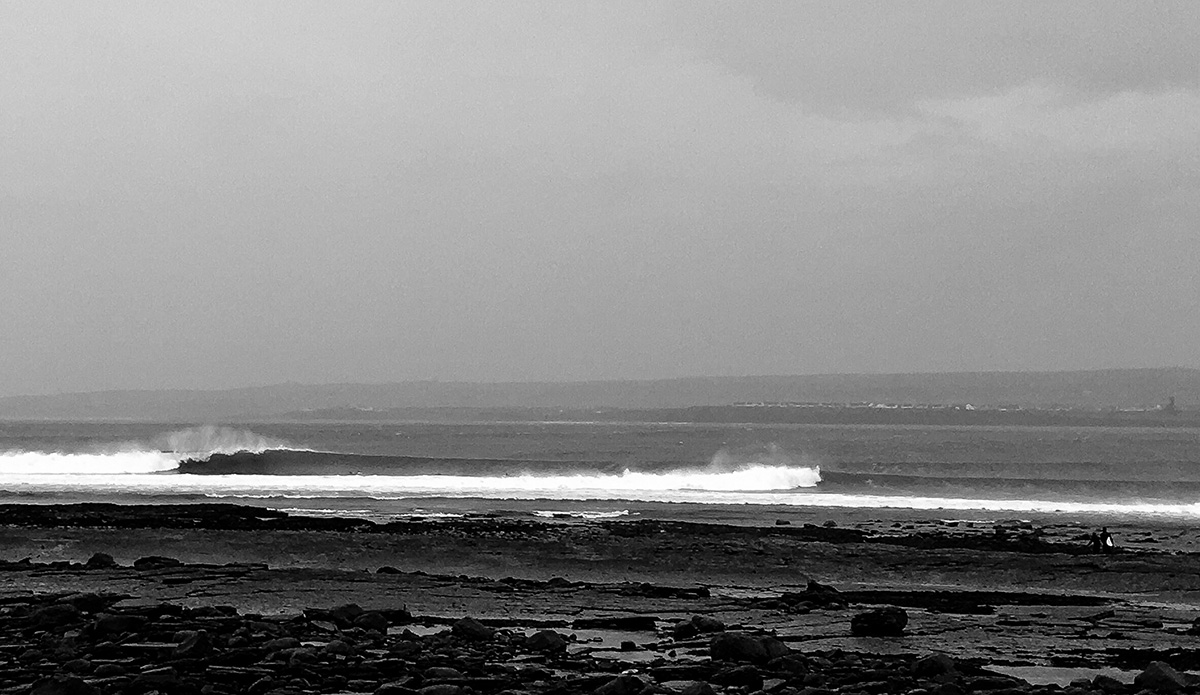 I arrived in Dublin on a beautifully sunny autumn day. I made it to my rental in time to watch the sunset cast golden hues over vibrantly green hills. Suddenly, I wondered if all the stories I’d heard about the weather in Ireland must’ve been devised to keep traveling surfers like me away. This wasn’t at all what I was expecting.

I awoke with high hopes the next morning but found those tales of Irish weather were in fact true. The weather that had greeted me upon arrival was more the exception than the rule. It rained and the wind blew, then it rained some more and the wind blew more fiercely. It continued to do this for the first half of my trip. At one point, I had to fight off depression at the thought of making it to Ireland and not being able to surf. I’d dreamt of surfing in Ireland for well over a decade and here I was, finally in Ireland with plenty of swell but absolutely horrendous conditions—rain was pouring down sideways and the ocean had whitecaps to the horizon.

There is a reason why Ireland is so beautifully green; it rains a lot. The rain would cease periodically (although the wind never really did) and during those brief dry interludes, I did my best to see what the Emerald Isle had to offer. I drove the Wild Atlantic Way, checked out a few of Ireland’s sites, and scouted for potential waves once the wind backed off. But mostly I checked the forecast. You have to be constantly monitoring the weather or you might miss your only window of opportunity.

On one particular interlude, I decided to explore some coastline to the north. I eventually found myself atop some of the most drastic seaside cliffs I have ever seen. The wind was so fierce it was actually blowing water from a waterfall skyward up the cliff’s face. I’d never seen anything like it. The stream was flowing off the cliff creating a beautiful waterfall, but the onshore wind was so powerful that it was actually sending the water vertically up the cliff and back to where it came from. Offshore a couple miles there was a rainstorm that divided clear skies with sheets of rain on the horizon of the Atlantic. This was Ireland.

The Irish are a hardy people. They are so accustomed to the weather it’s as if they don’t even notice it. I saw one man mowing his lawn during a brief break in the rain while the wind was still blowing at a strong gale. I watched another man go for a run in the rain and wind when the air temperature hovered in the low 50’s, wearing nothing but shorts and a sleeveless top. I suppose in Ireland if you let the weather dictate your productivity you might never leave the house.

After a while, I came to terms with it all and began to embrace the weather. It has a way of forcing you to slow down. I spent a number of contented hours drinking coffee by the fireplace and watching the wind whip up a fury outside my window. It had been a while since I was afforded such a luxury. I stopped worrying if I’d score waves and started appreciating where I was and the people I met along the way. The funny thing is, as soon as I came to terms with the fact that I might not get to surf during my time there, the forecast began to call for a switch in the winds.

The coastline in Ireland is one of the most diverse I’ve explored. It seems like it can’t go more than a mile without a change in the direction it faces. And with so much diversity there is an endless amount of potential. When the conditions finally do come together it’s not so much a question of if there will be good waves but where they are and how to get to them. Thankfully, a friend I met along the way was kind enough to point me in the right direction on where to look for surf.

One of the beautiful things about the coastline is that a lot of it is undeveloped, so even if you know where to look you might be within earshot of good waves but have no idea they are there or how to get to them. I thought this might end up being my destiny for the trip. I watched through the windshield wipers as wave after wave peeled down the point. Even from the overlook about two miles away, I could tell it was pumping, but I had no idea how to get there. It was one of the most frustrating experiences of my life. I drove the winding road back and forth looking for the turnoff that would grant me access to the point. Back and forth I drove. Finally, I saw a small one-lane road that seemed too far away from the point to be the right road, but it was my last option so I turned off on it. I made my way through some fields and by some farmhouses. It eventually ended in a small cluster of houses with a few cars parked off to the side. There was a path that led down toward the water.

I began the trek toward the ocean with a little apprehension. I wasn’t sure if I was allowed to park where I did or if I was even supposed to be walking where I was. After about ten minutes the path ended at the bottom of a long bay. I knew at the top of the bay was the point I’d watched from a couple miles away.

This was way better than drinking coffee by the fireplace.