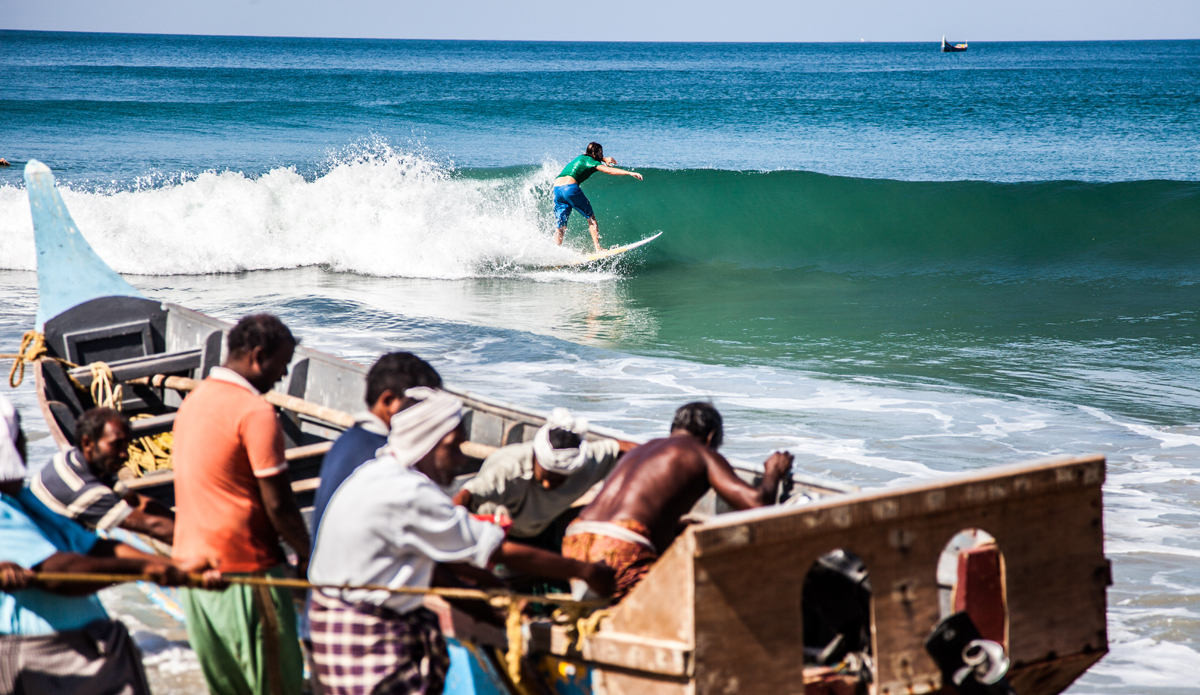 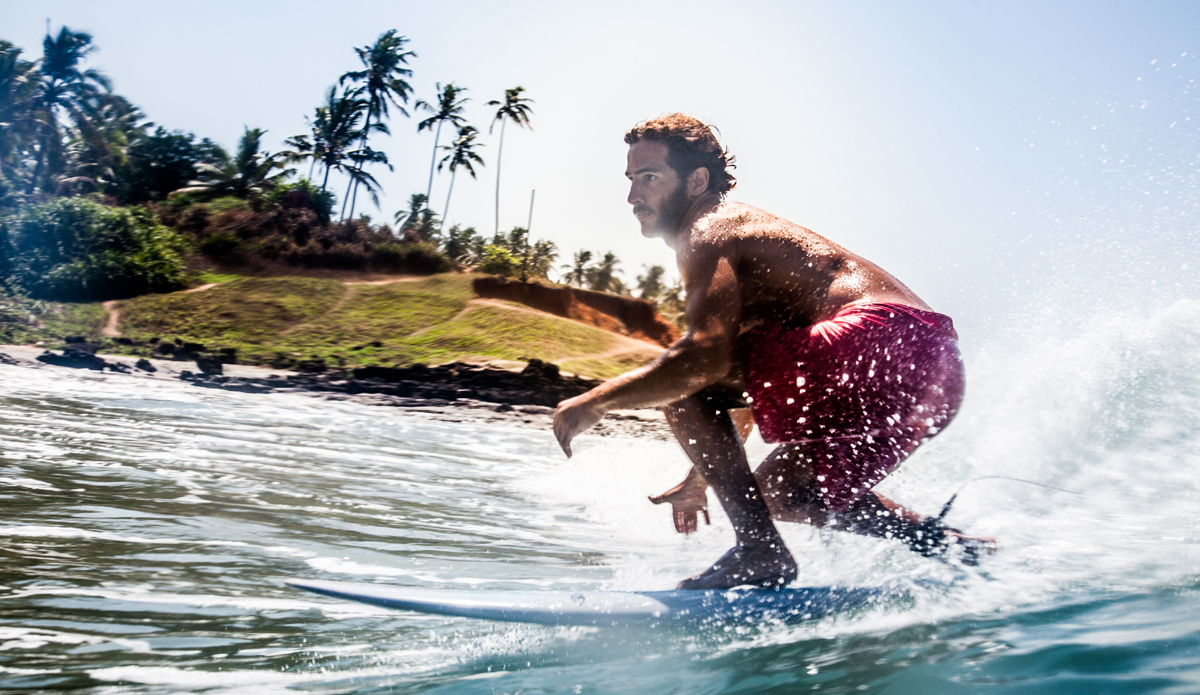 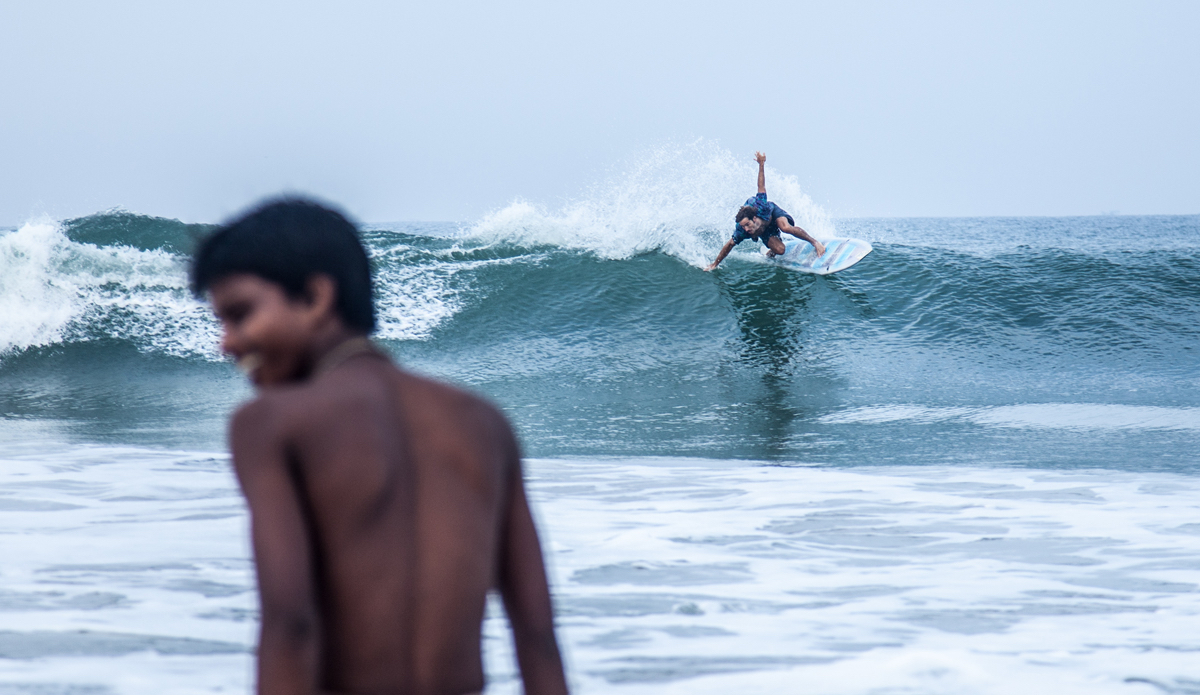 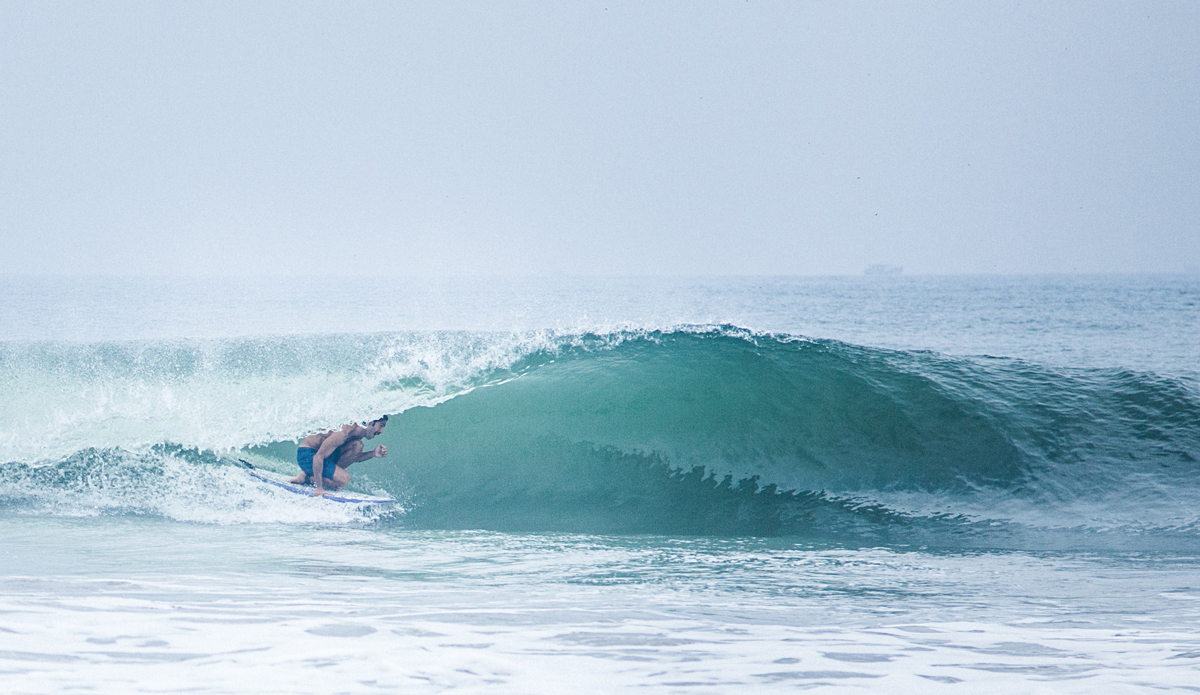 Franco is getting into a small barrel. Photo: GodoBerta.com 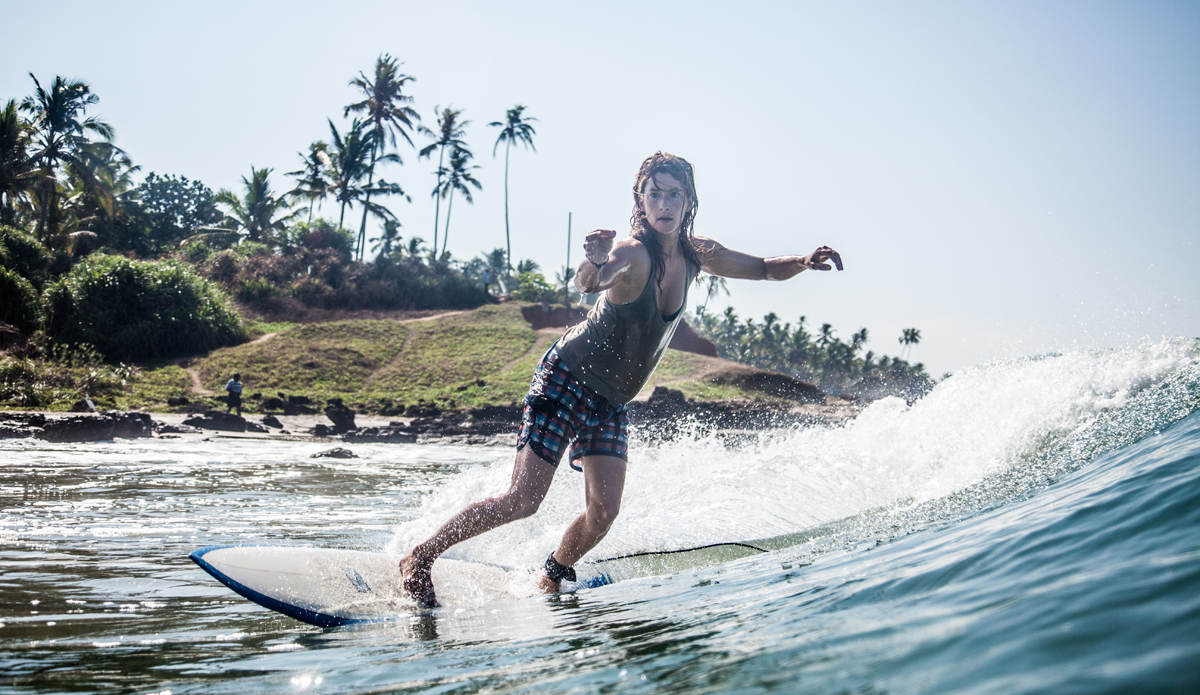 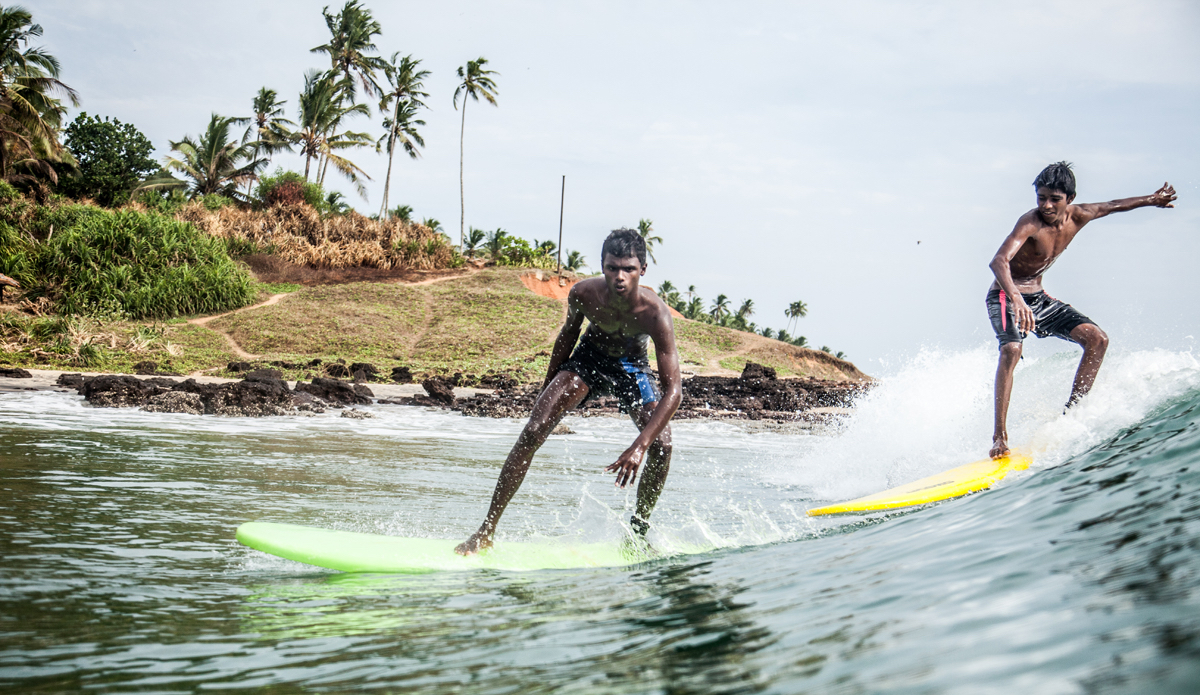 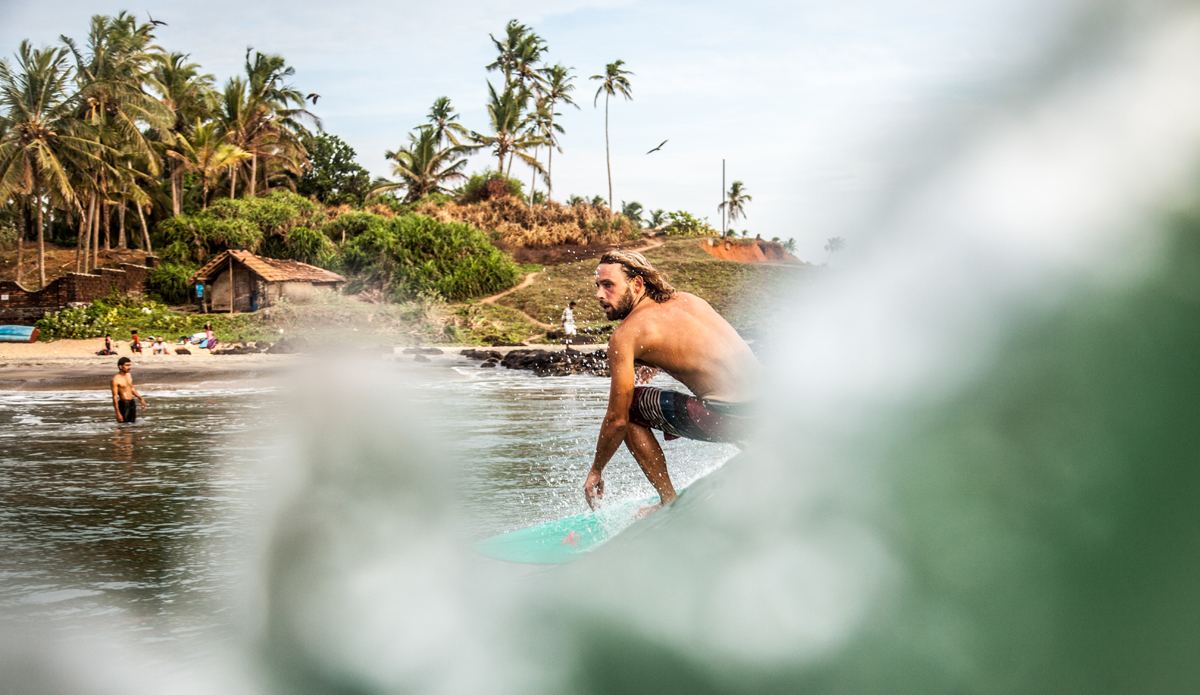 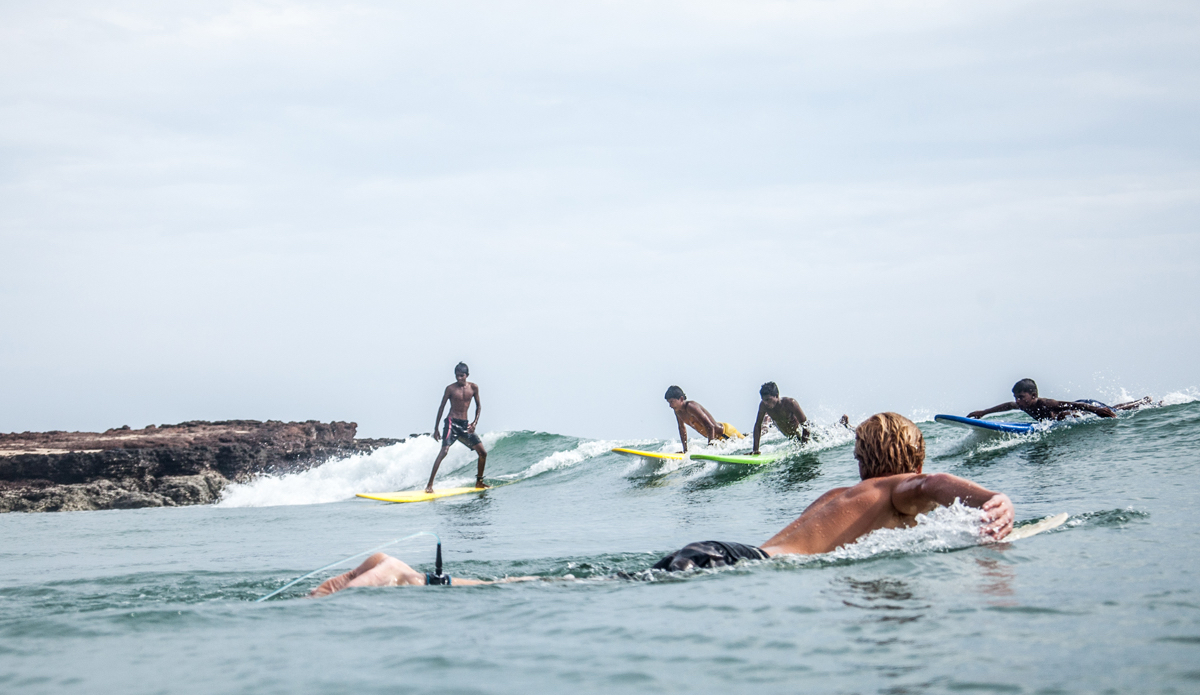 Yousaf, Mohamed, Habeeb and Nabill are aiming to catch the wave. Photo: GodoBerta.com 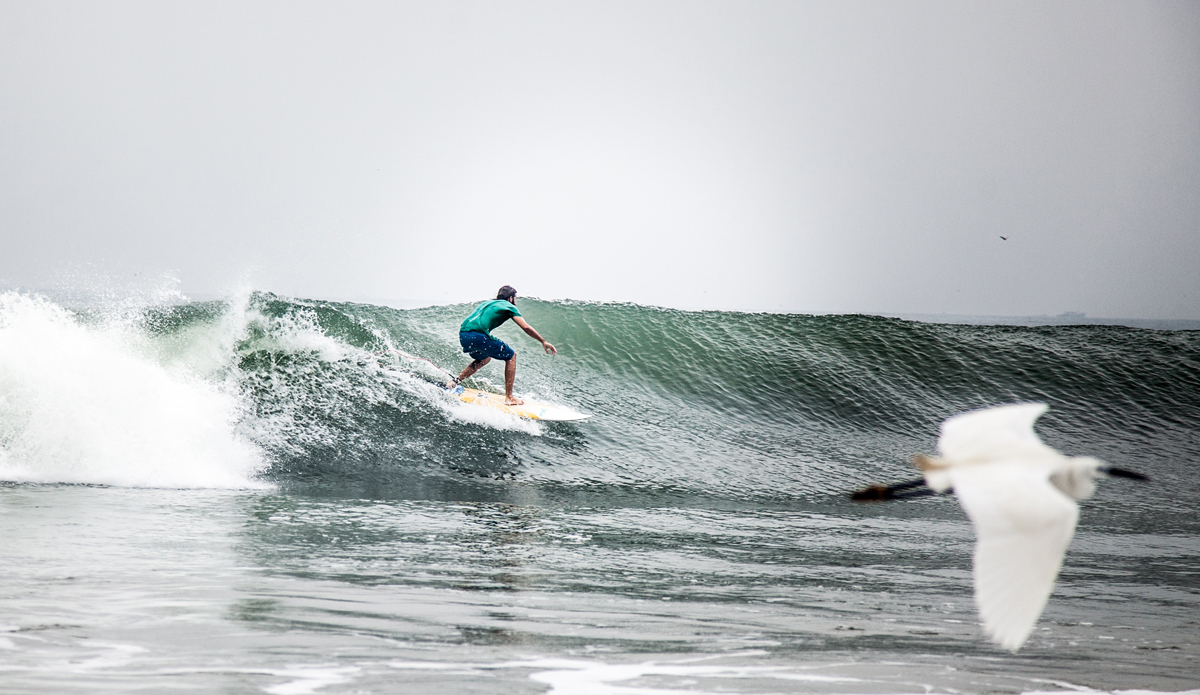 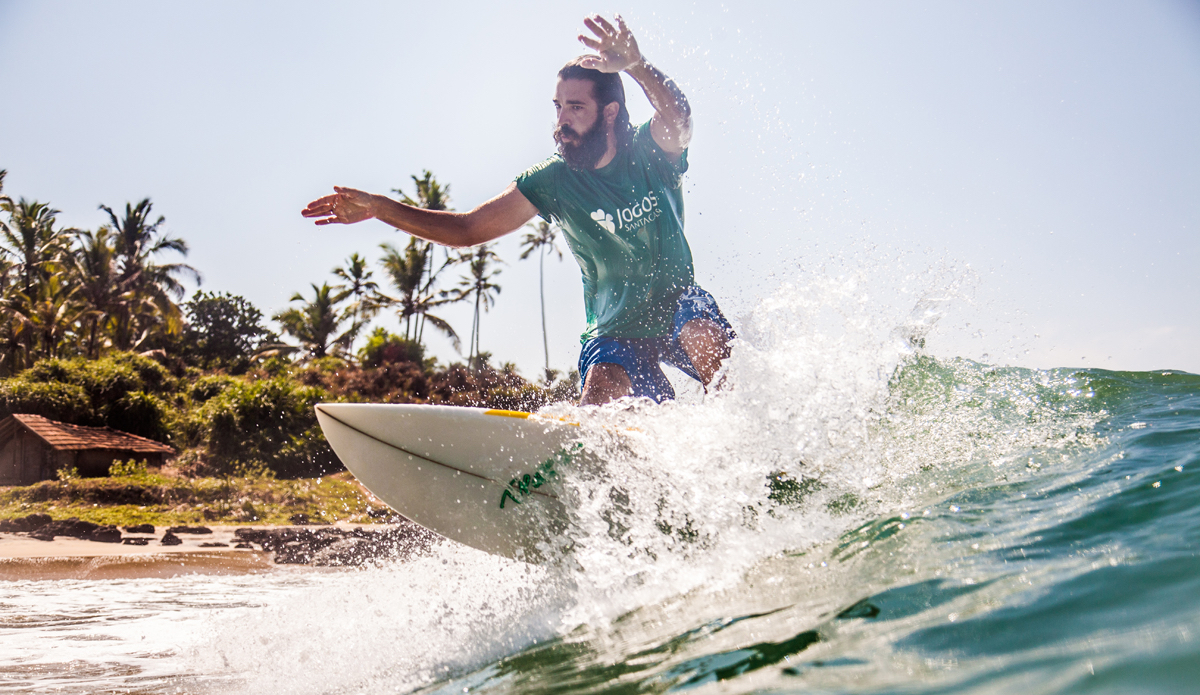 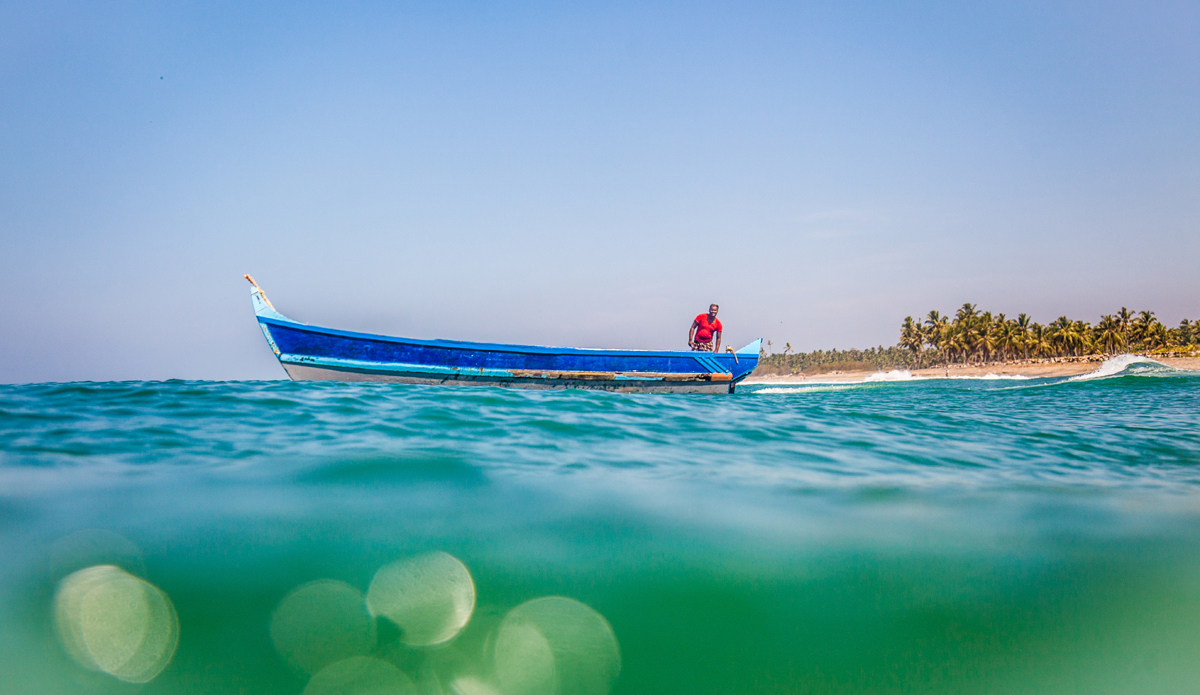 Fisherman in the boat. Photo: GodoBerta.com 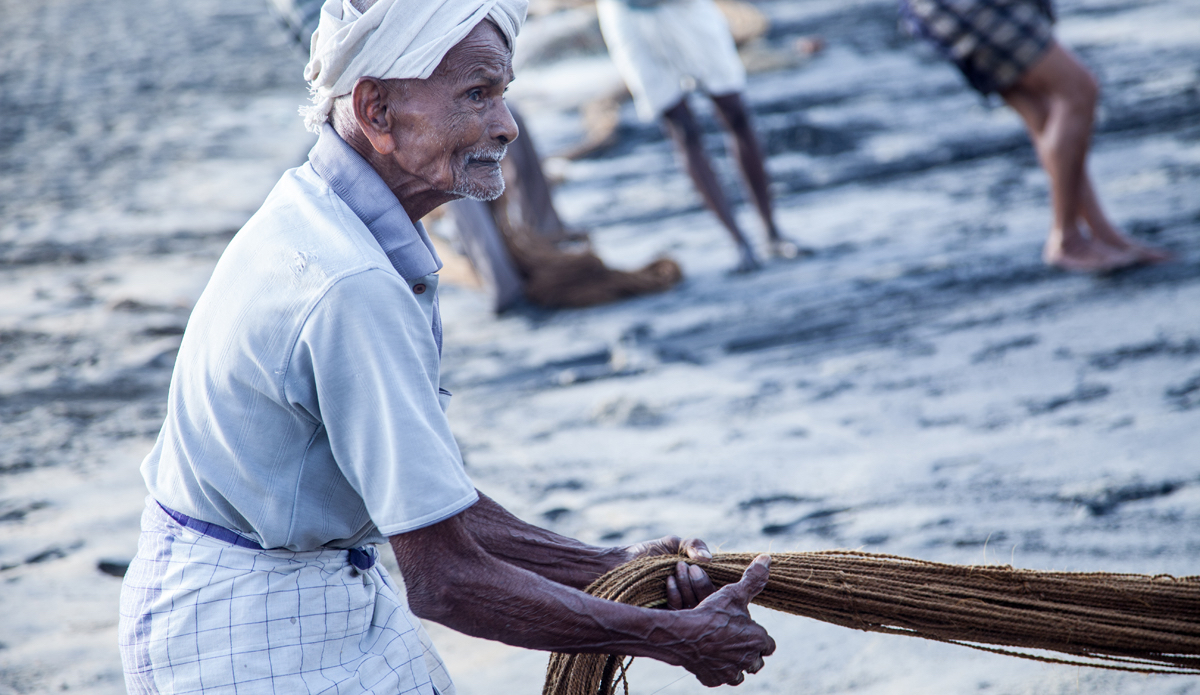 Fisherman is dragging fishing nets to the shore. Photo: GodoBerta.com 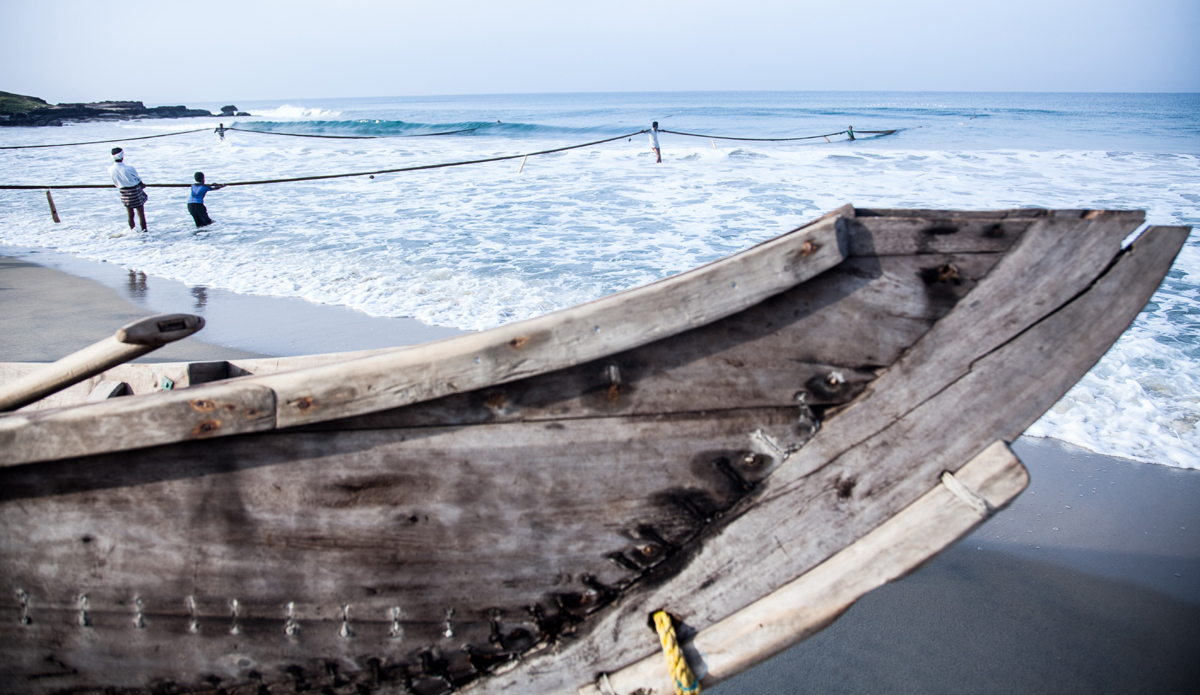 Fishermen are dragging fishing nets to the shore, meanwhile boats rest on the shore. Photo: GodoBerta.com 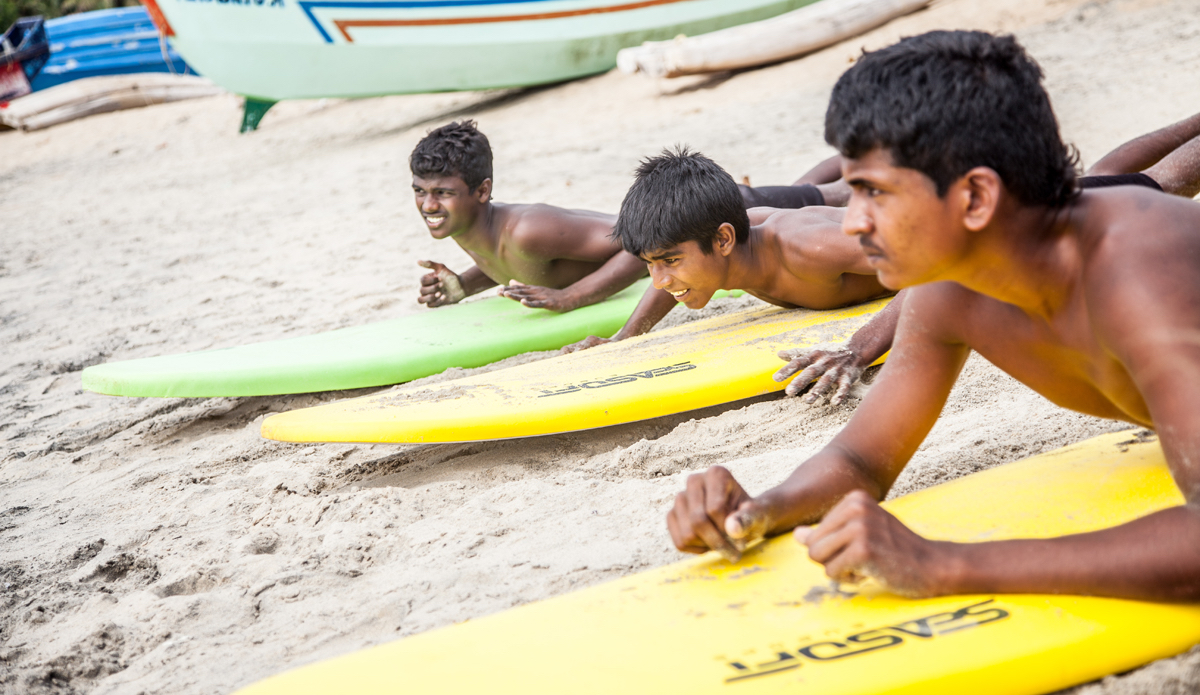 Yousaf, Habeeb and Nabill are learning to paddle and pop up on the board, during the Sunday surf club. Photo: GodoBerta.com 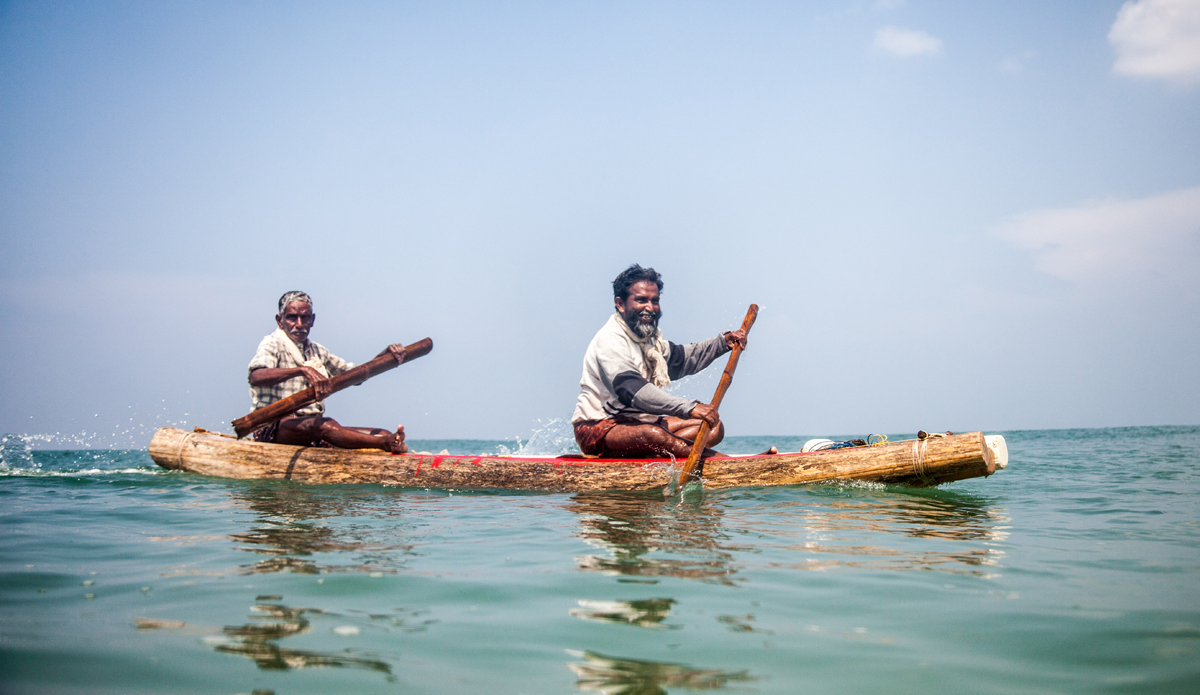 Fishermen are coming back from the ocean. Their small traditional boat is made from three wooden planks. They are tied together before going to fish and dissembled after coming back. Photo: GodoBerta.com 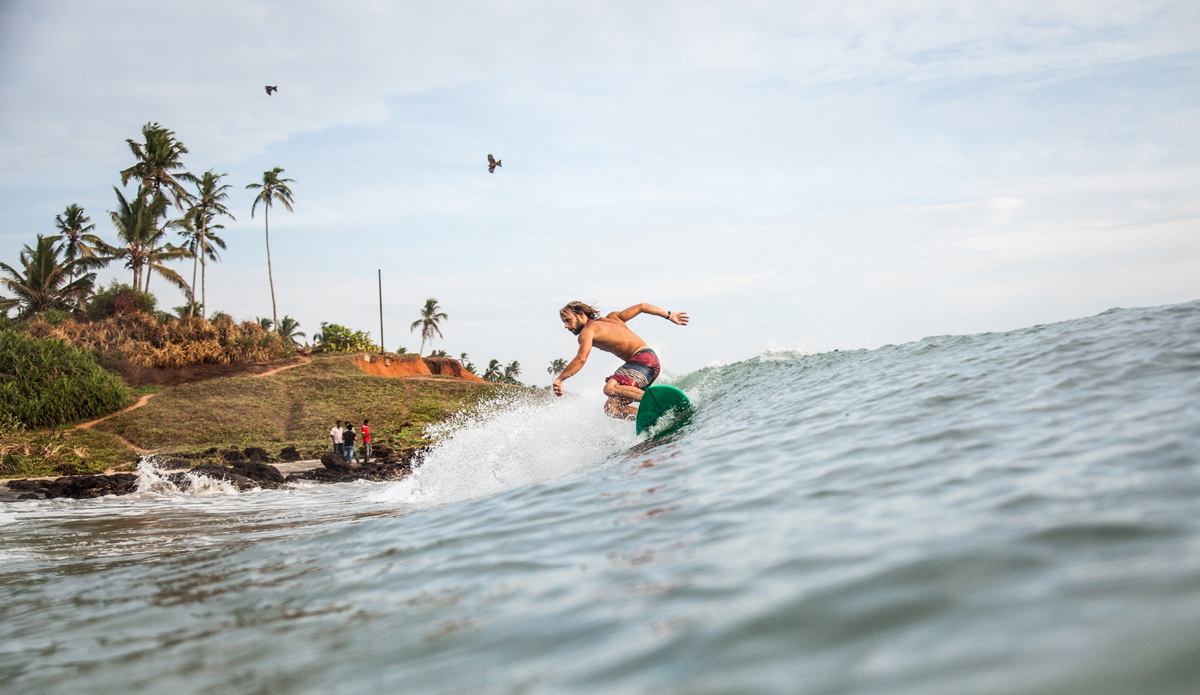 Joshua during the late evening session, which are not so common because of wind. Photo: GodoBerta.com 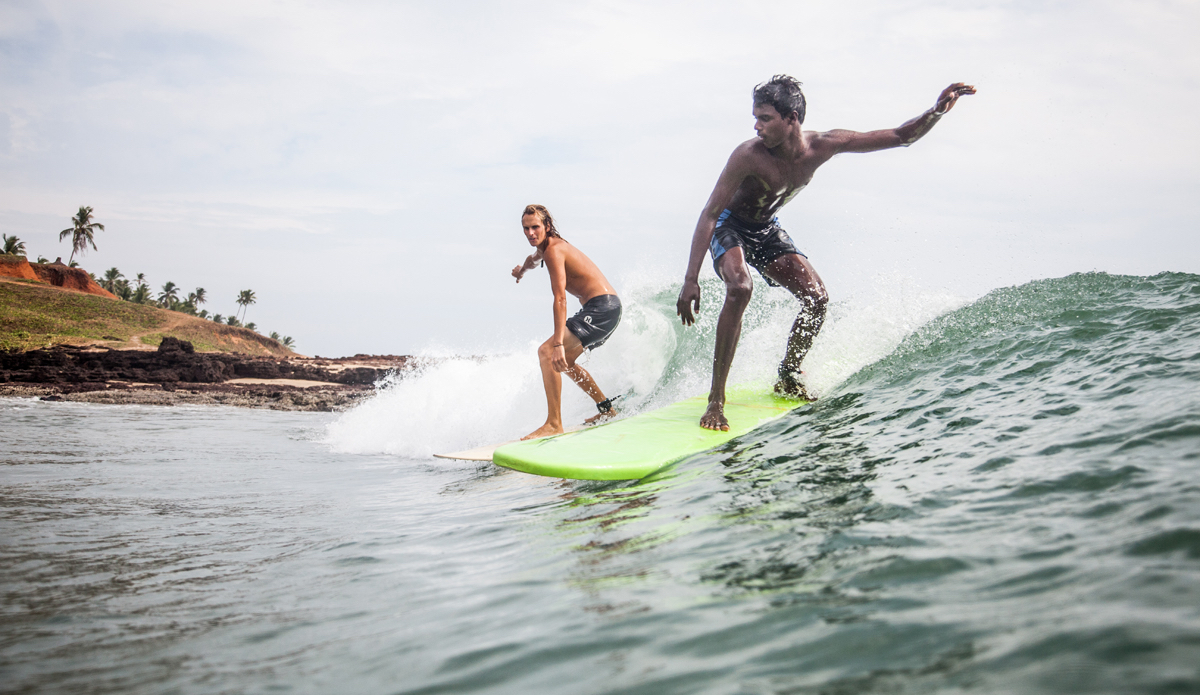 Rob and Yousaf are sharing the weave during the Sunday surf club. Photo: GodoBerta.com 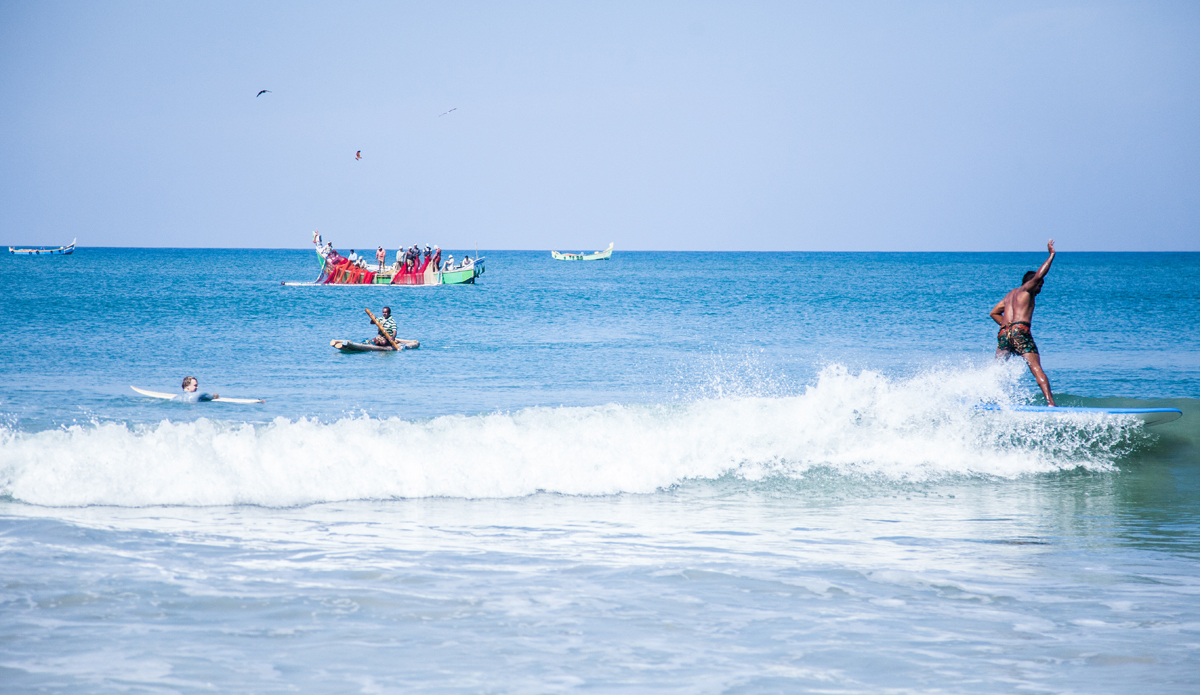 Mujeeb is surfing the board he bought from one of the travellers. He also started to rent boards to earn some money. Mujeeb is wearing traditional Indian lungi instead of board shorts. Photo: GodoBerta.com 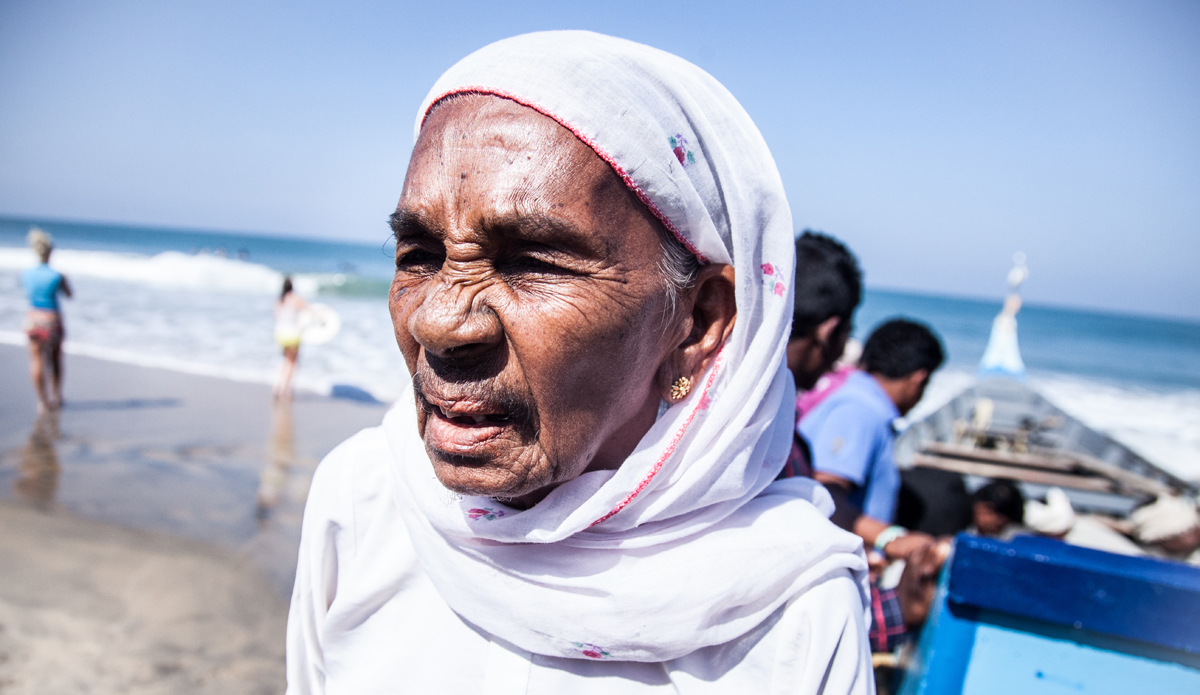 Local woman came to the fishermen beach to get some fresh fish. Because of Muslim religion, which is common in Kerala region, women here cover their bodies and hair with long skirts and scarfs. Photo: GodoBerta.com 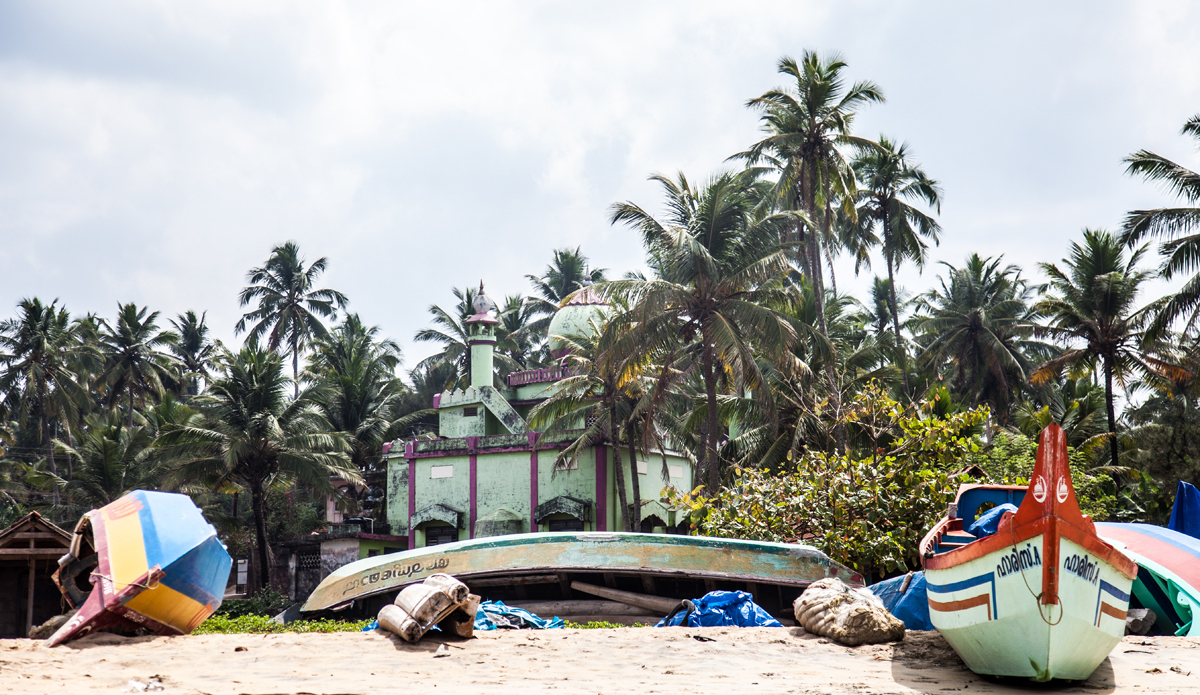 Fishermen beach and the mosque right behind it. Kerala region, India.Photo: GodoBerta.com 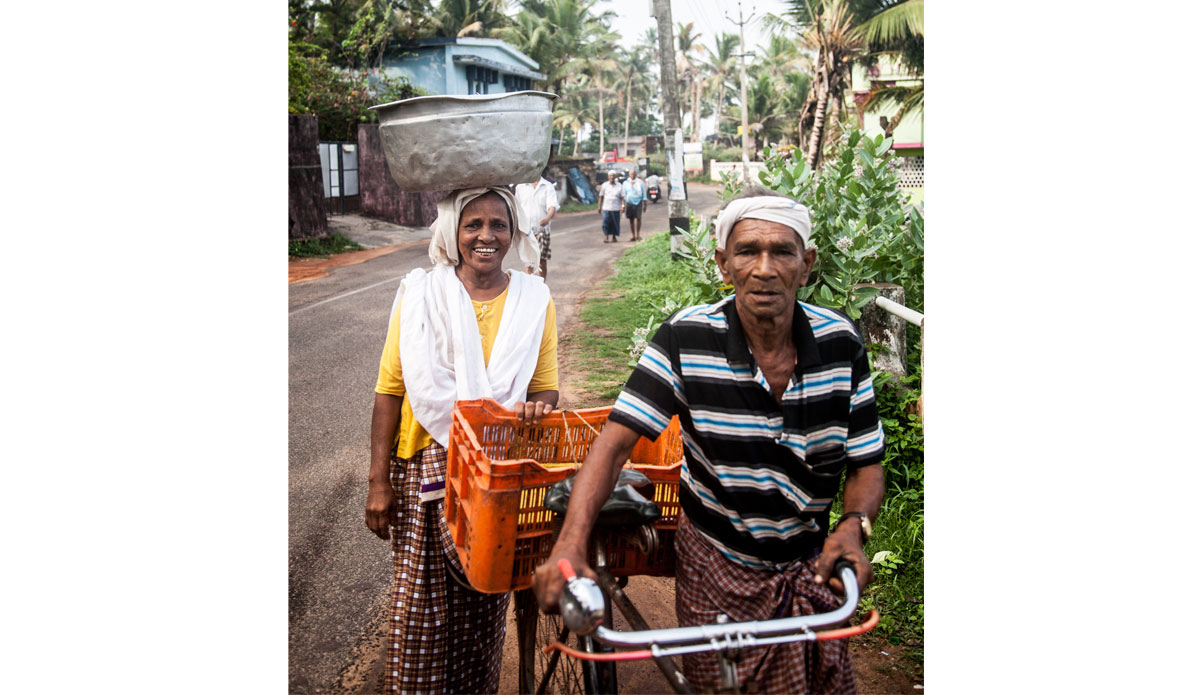 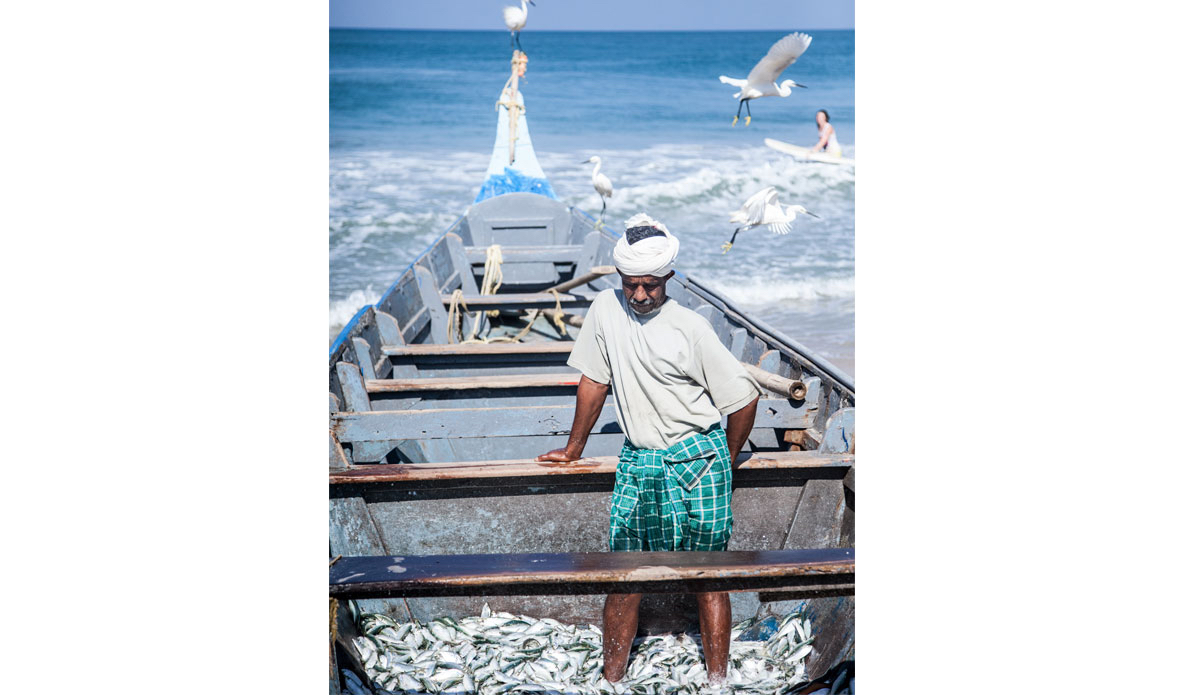 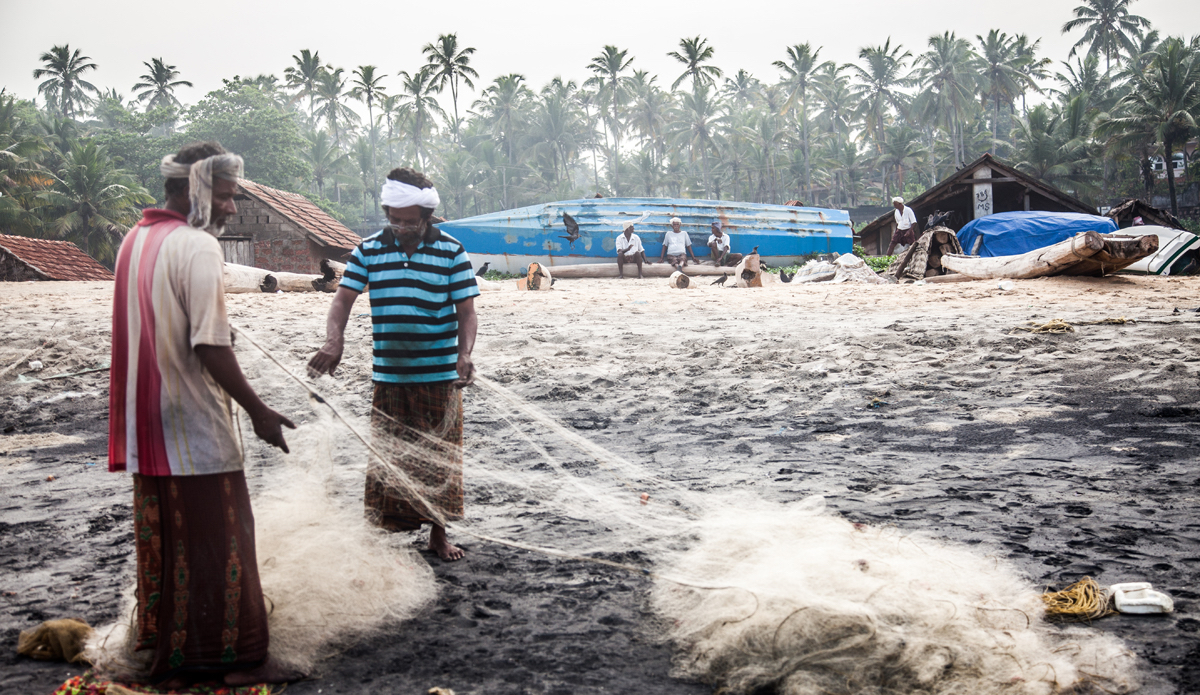 Fishermen are putting together fishing nets after coming back from the ocean. Photo: GodoBerta.com 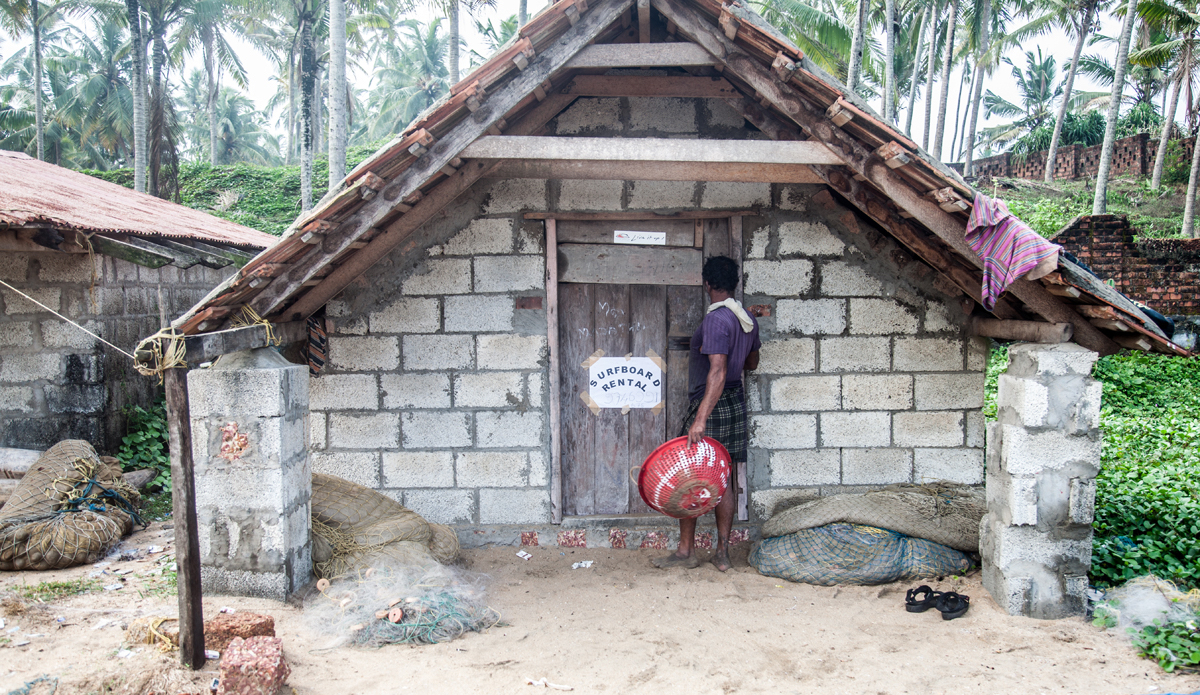 Fishermen's shack, where you can also rent a surfboard. Photo: GodoBerta.com 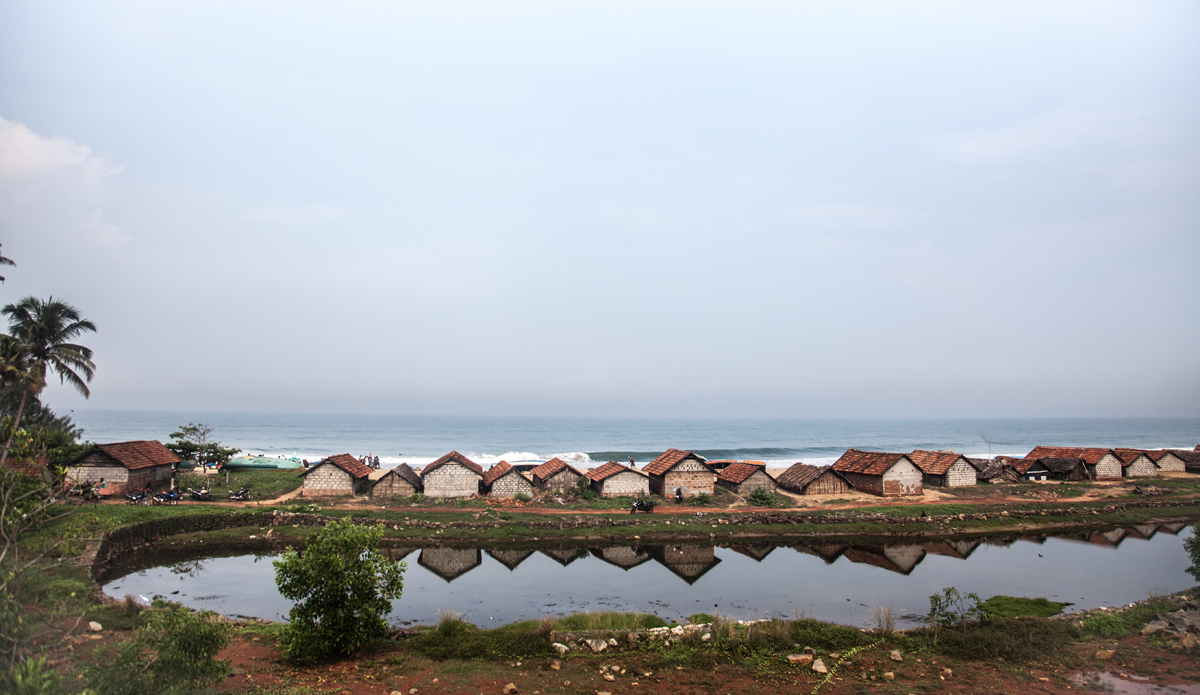 Despite the incredibly striking beaches and remarkable waves, India still doesn’t rank amongst the world’s most famous surfing destinations. There are several hundred miles of coastline in India, but you need to be willing to get off the beaten path in order to find waves. If the waves seem to be evading you, a wonderful rich culture full of kind people surely will not.

Franco Rebagliati, an Argentinian surfer working in Kerala as a masseur understands this notion all too well. “Sometimes I go to explore new breaks and the local people get together on the beach to watch me surf,” says Franco. “They take photos with cell phones, want to touch the board, and ask thousands of questions. It’s fun. You feel like a super hero here.”

In addition to expatriates looking for empty lineups, there is a small, yet lively local surfing community. Raffael Kably, a manager at one of the resorts in Varkala, comes to the beach every morning before work. He stops by a small shack on the beach to buy a cup of Indian chai tea with milk and a fried banana ball before sitting in front of the ocean to assess the surf. Originally from Mumbai, Raffael moved to Varkala to be able to surf whenever he can. “My family didn’t really like the idea of me shifting to a surf town to work and surf, but now they are used to the fact,” Raffael explained. As an Indian, Raffael gets a lot of questions and hears a lot of comments from the locals. “For them [Indians], the beach is their livelihood – like an office. But they try their best to avoid waves. So when they see someone actively looking for waves they wonder what is wrong with these people. Some of them have even asked me: what is the point of this? They wonder what reason someone can have for just going around in circles and sliding down a wave on a really expensive plank of foam.” Raffael simply smiles.

To see more of Berta’s work, check out the video of her Indian travels here on The Inertia.