Jonas: Surfing Through a Blizzard from Jersey to Rockaway Beach 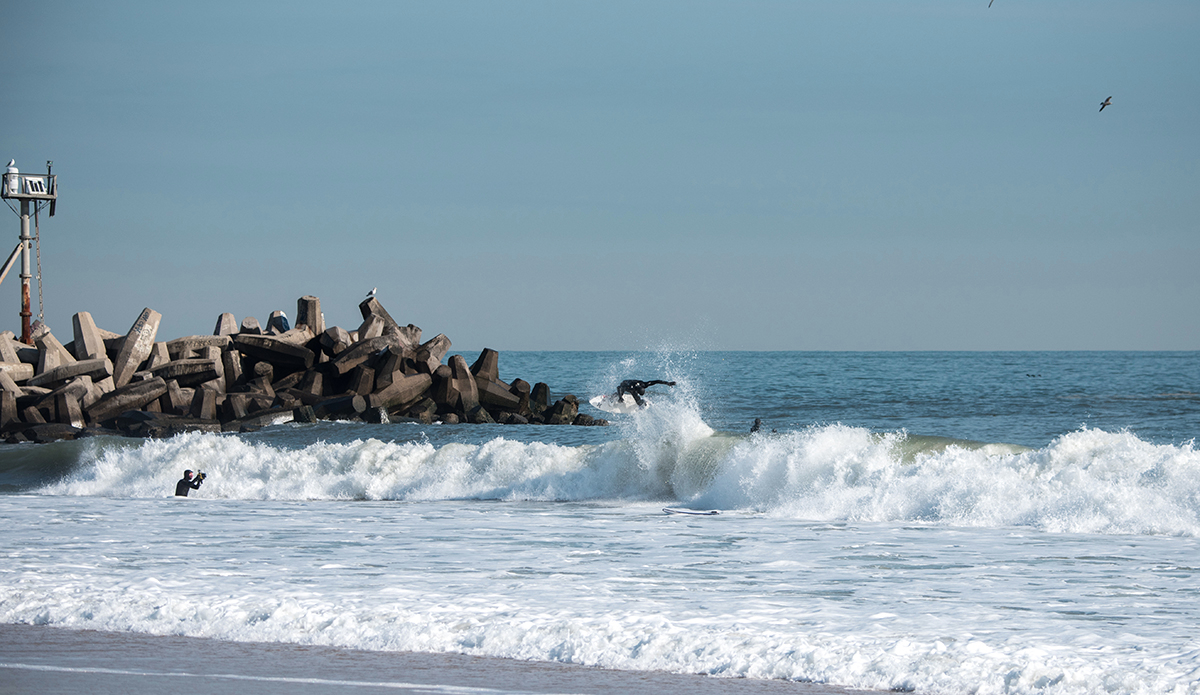 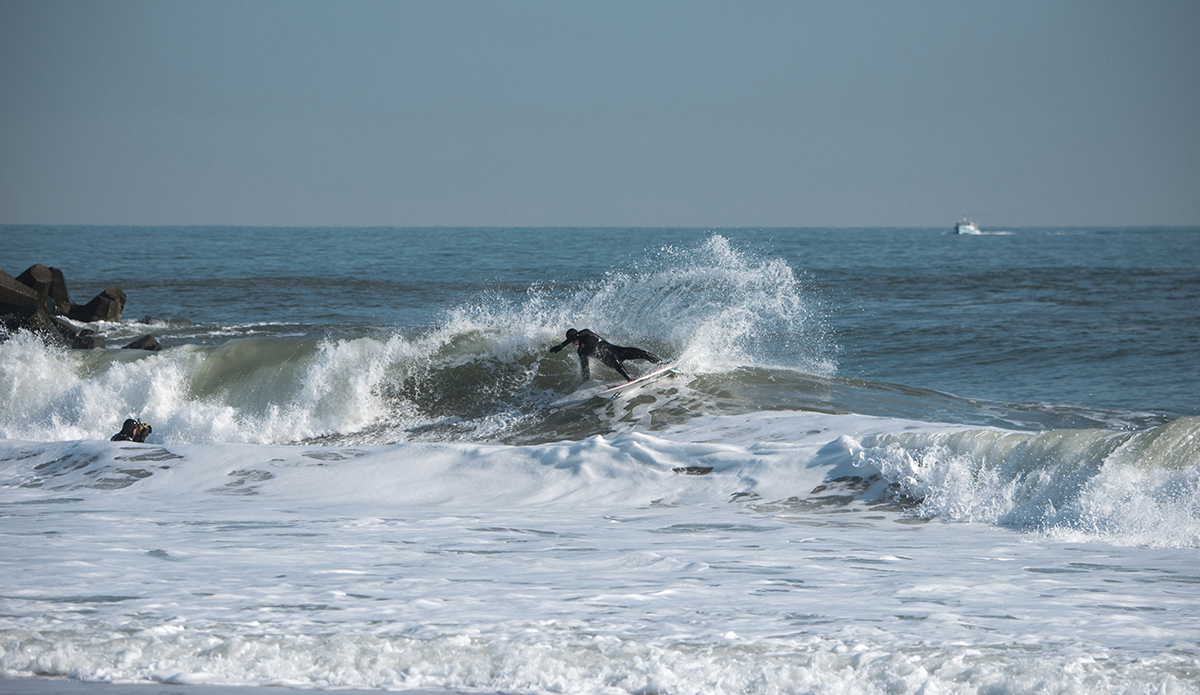 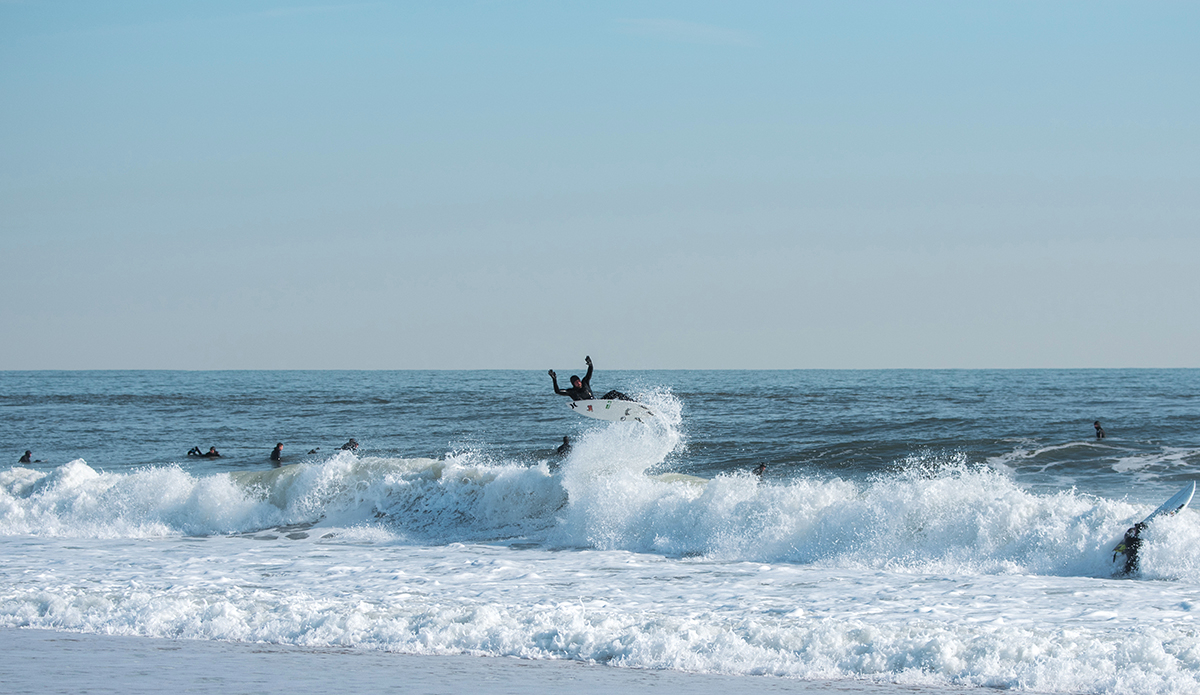 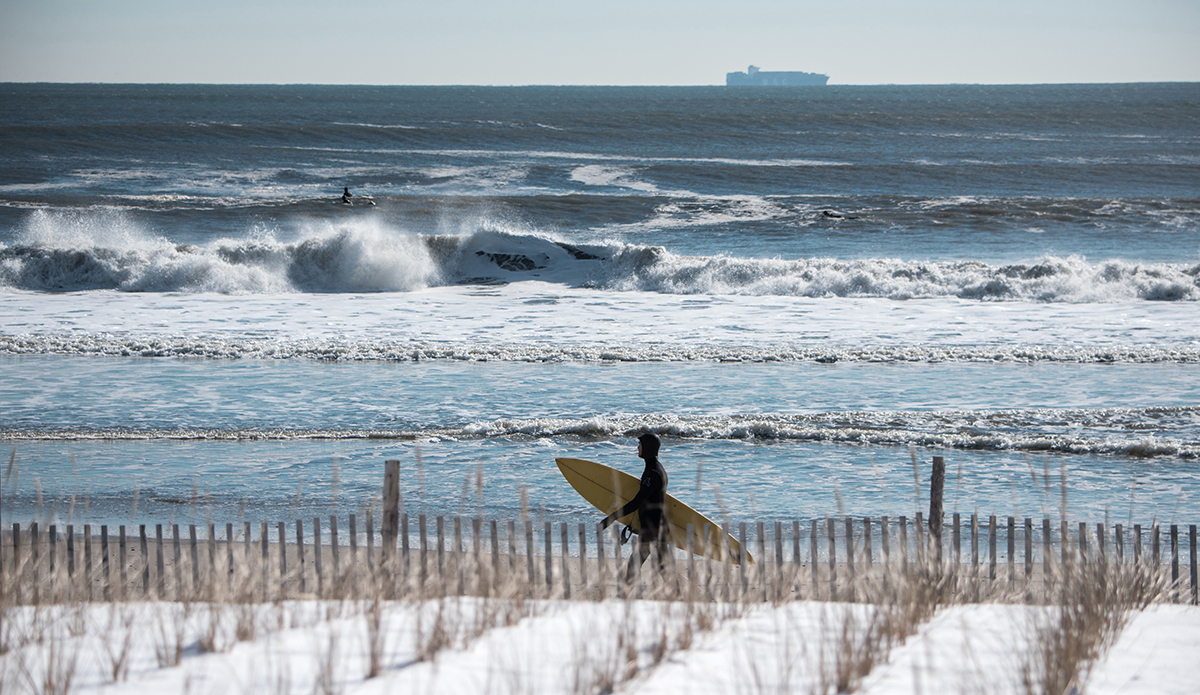 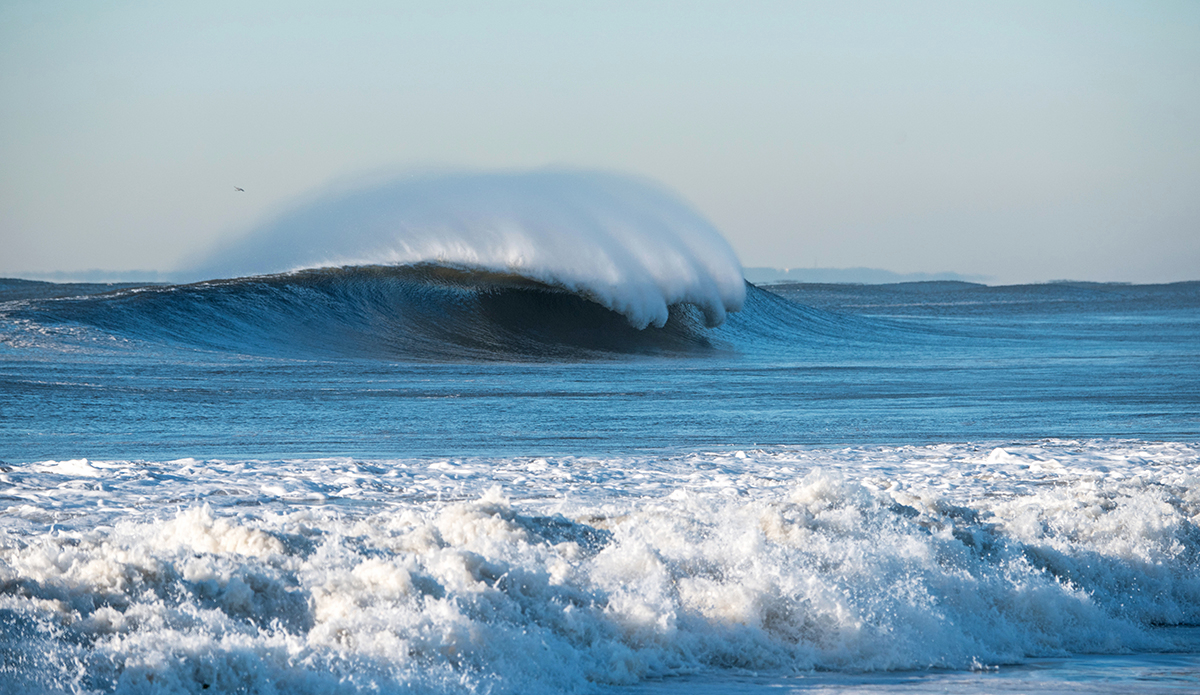 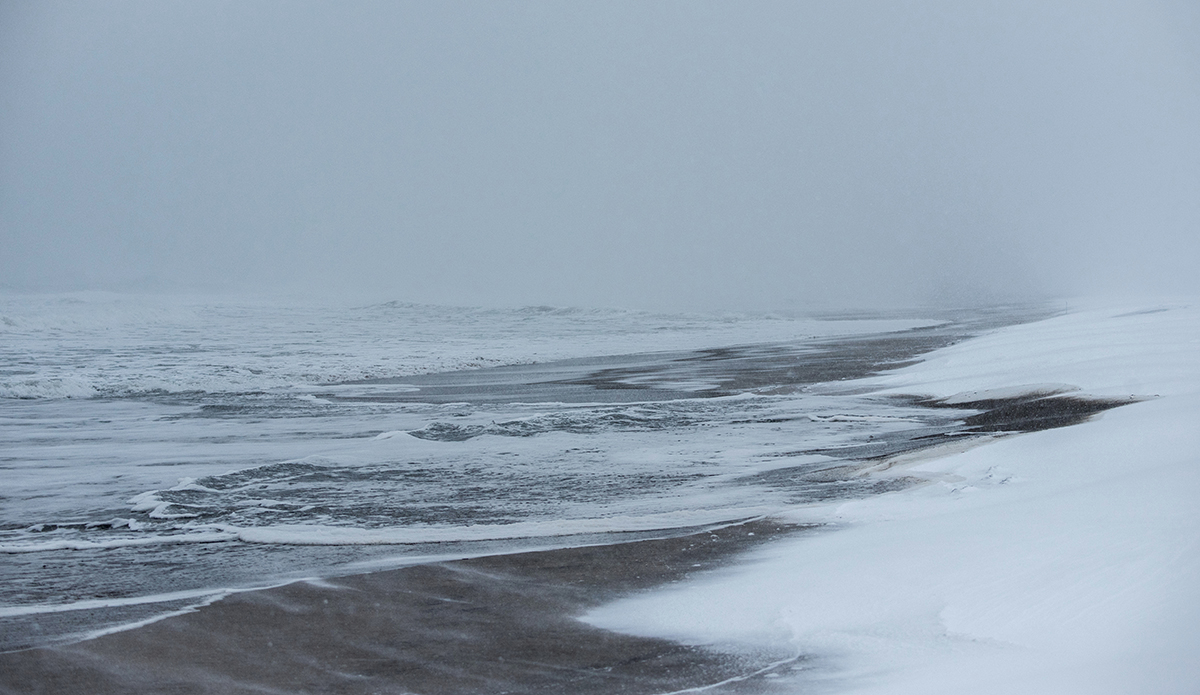 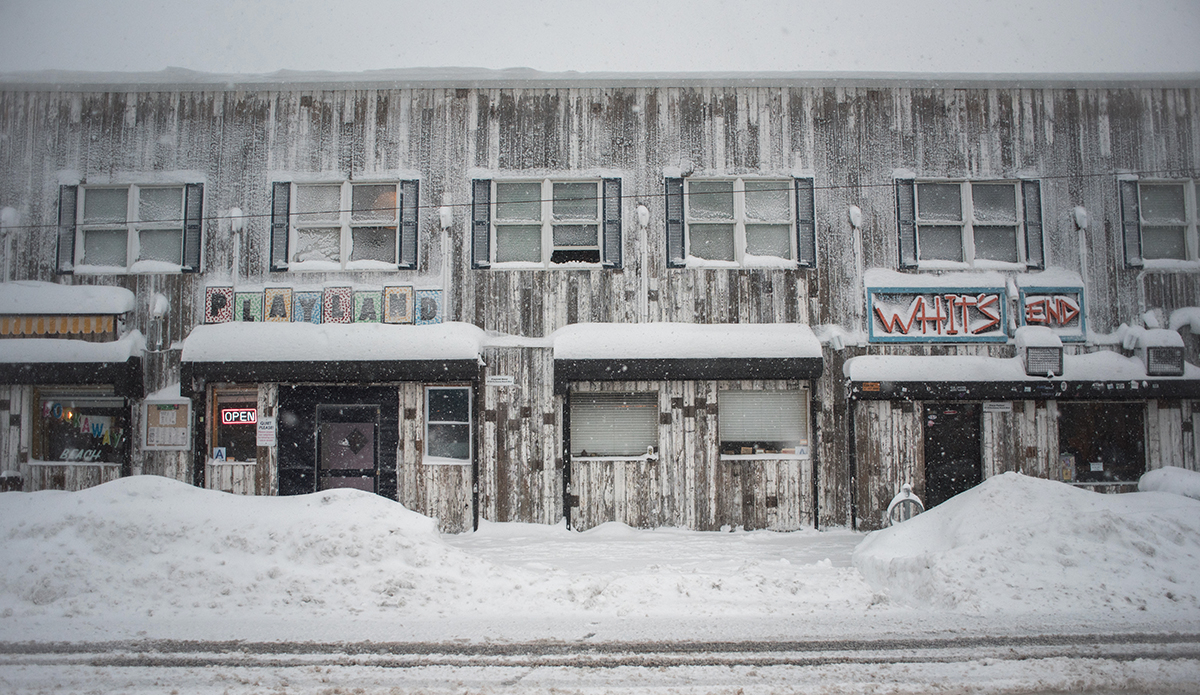 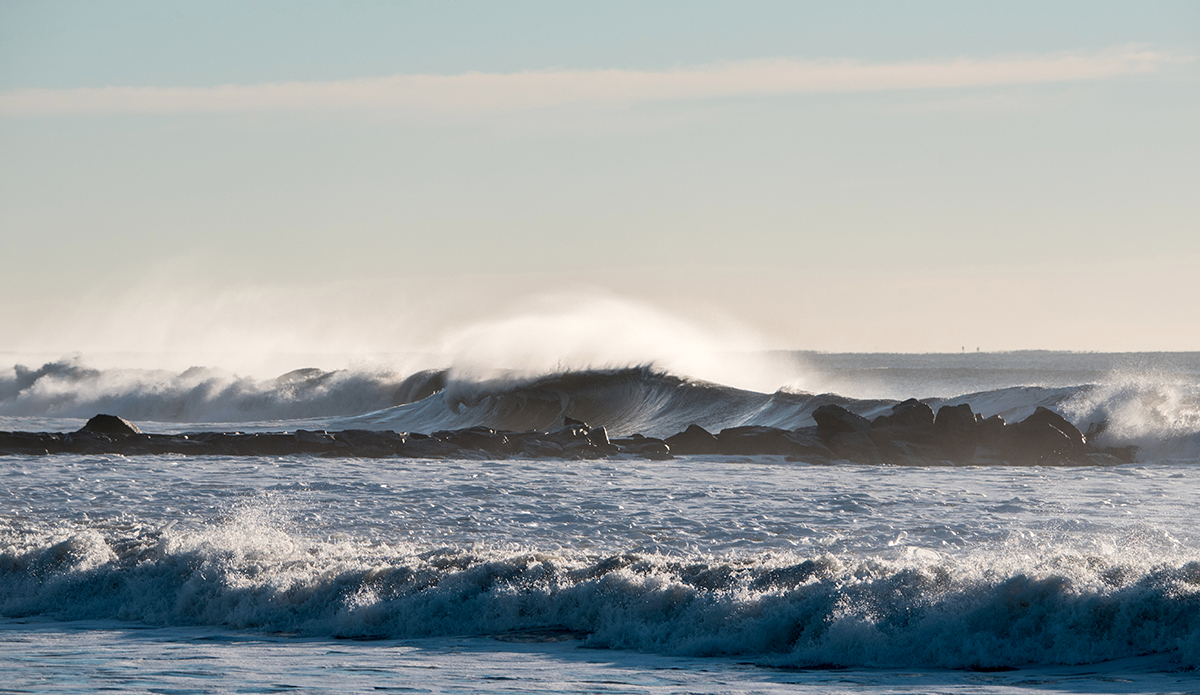 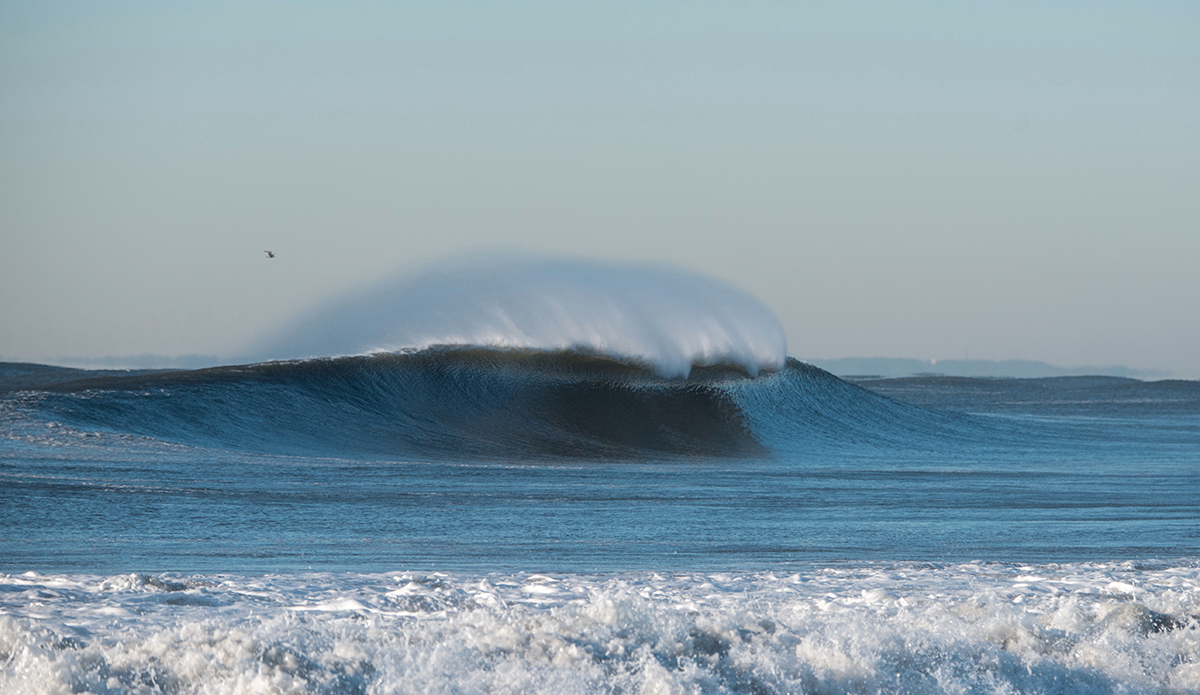 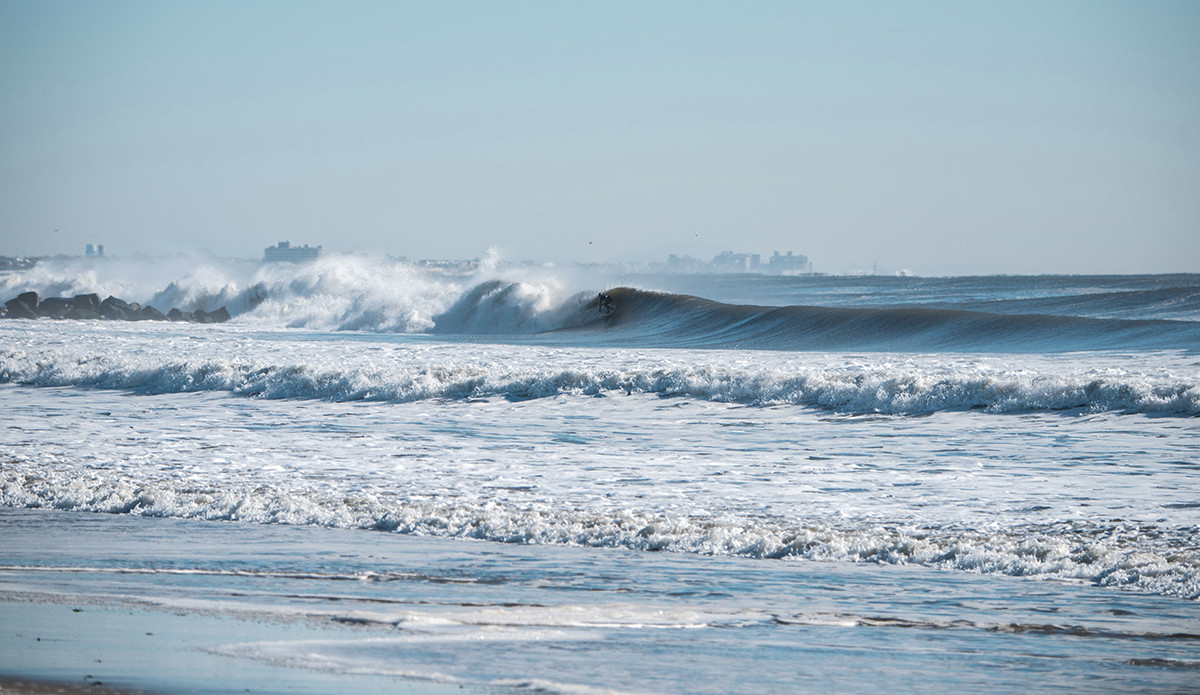 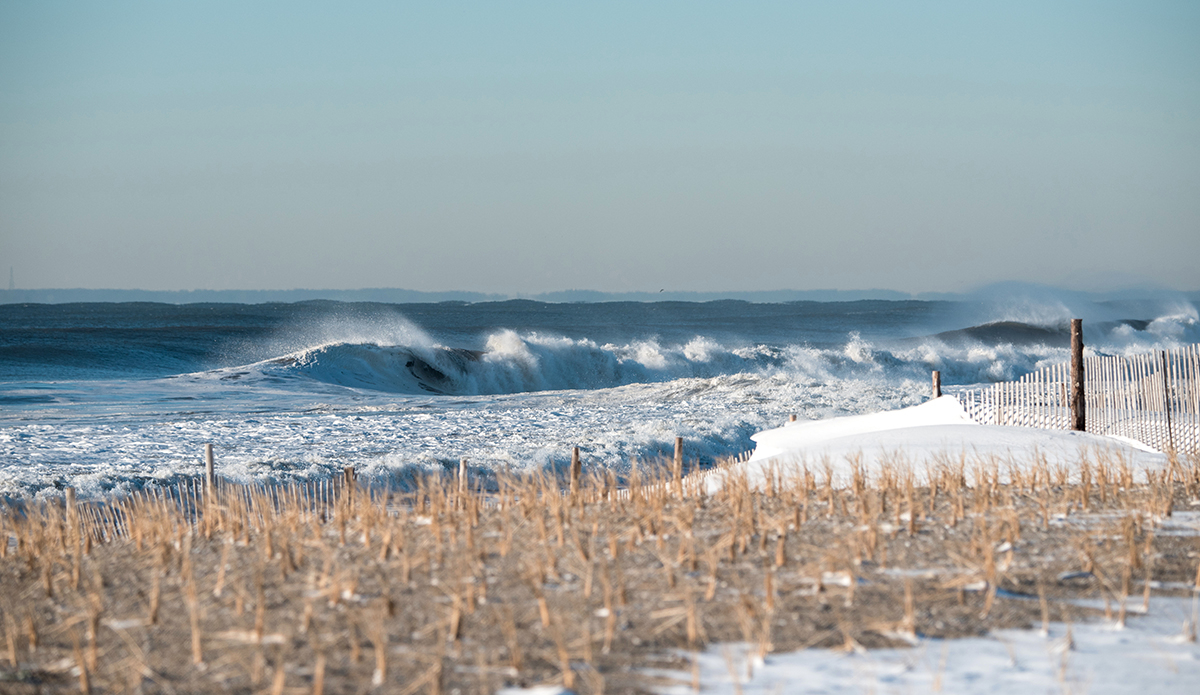 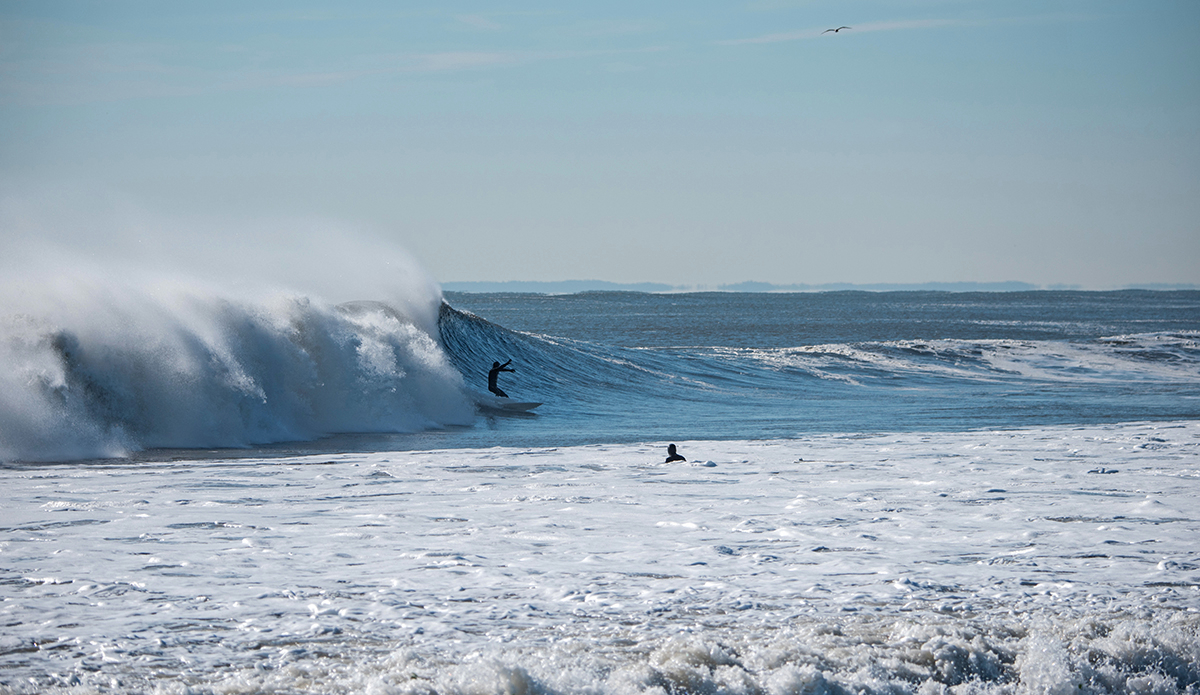 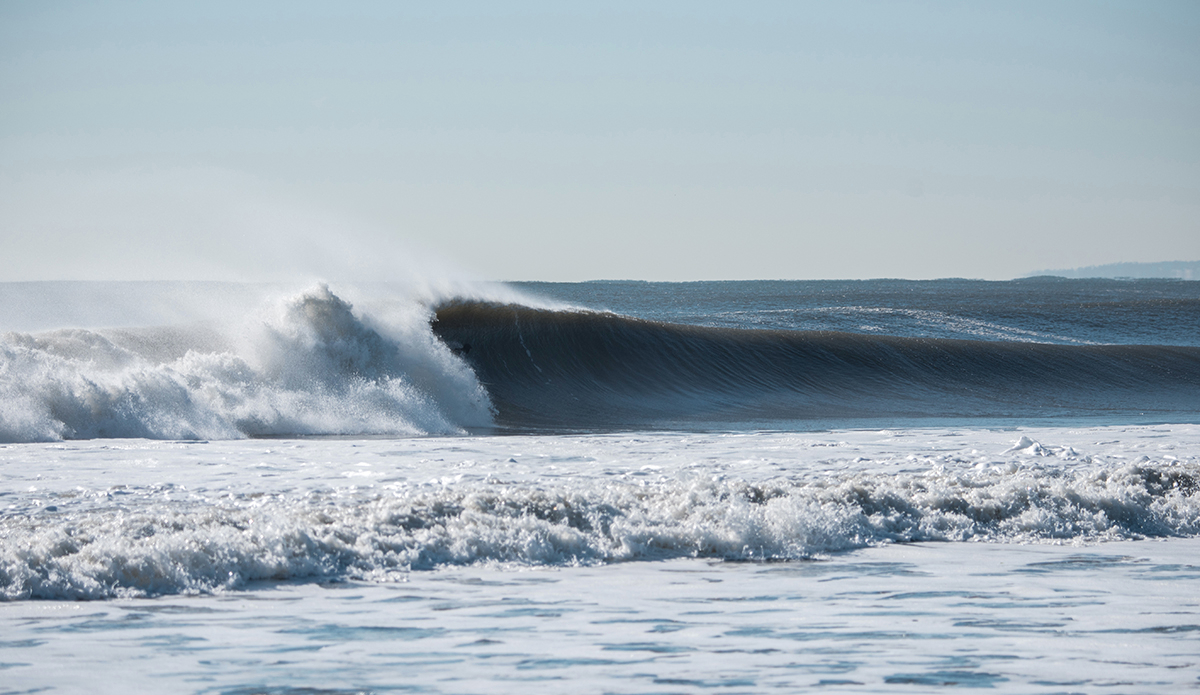 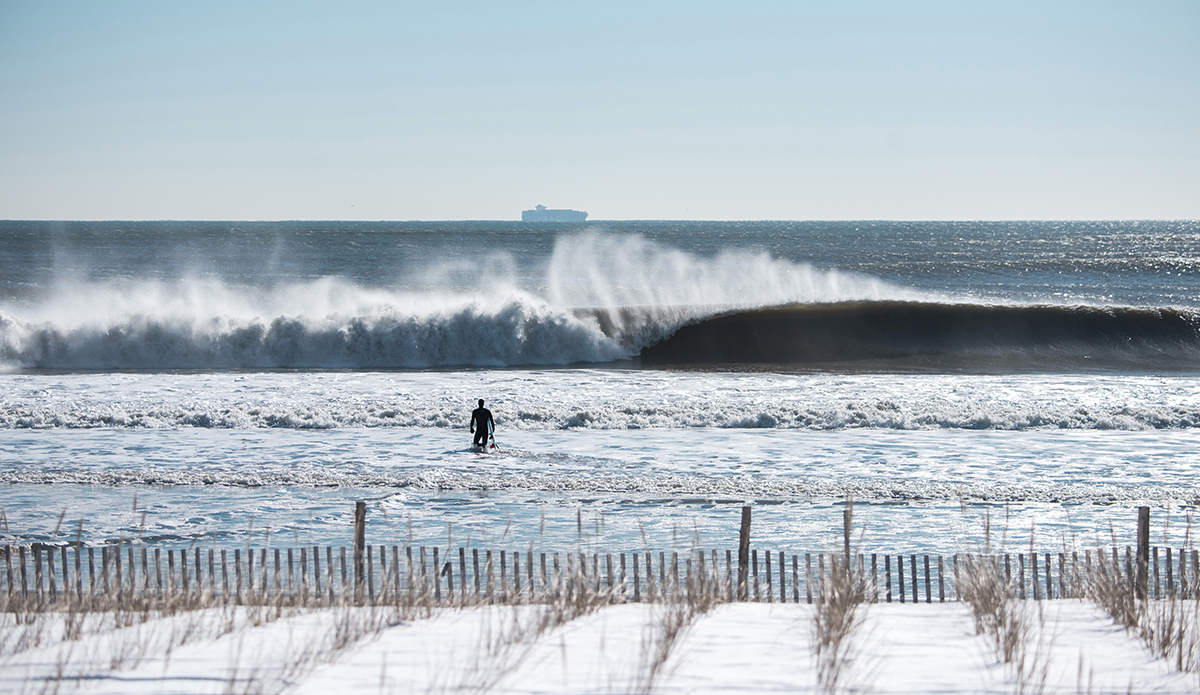 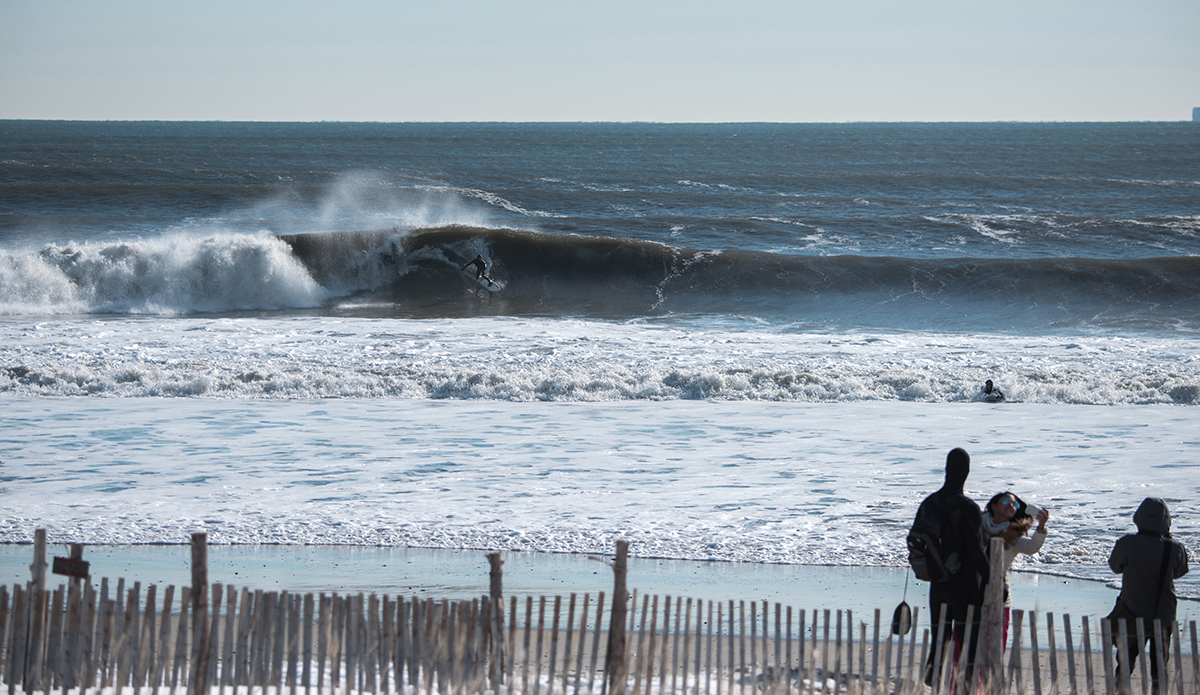 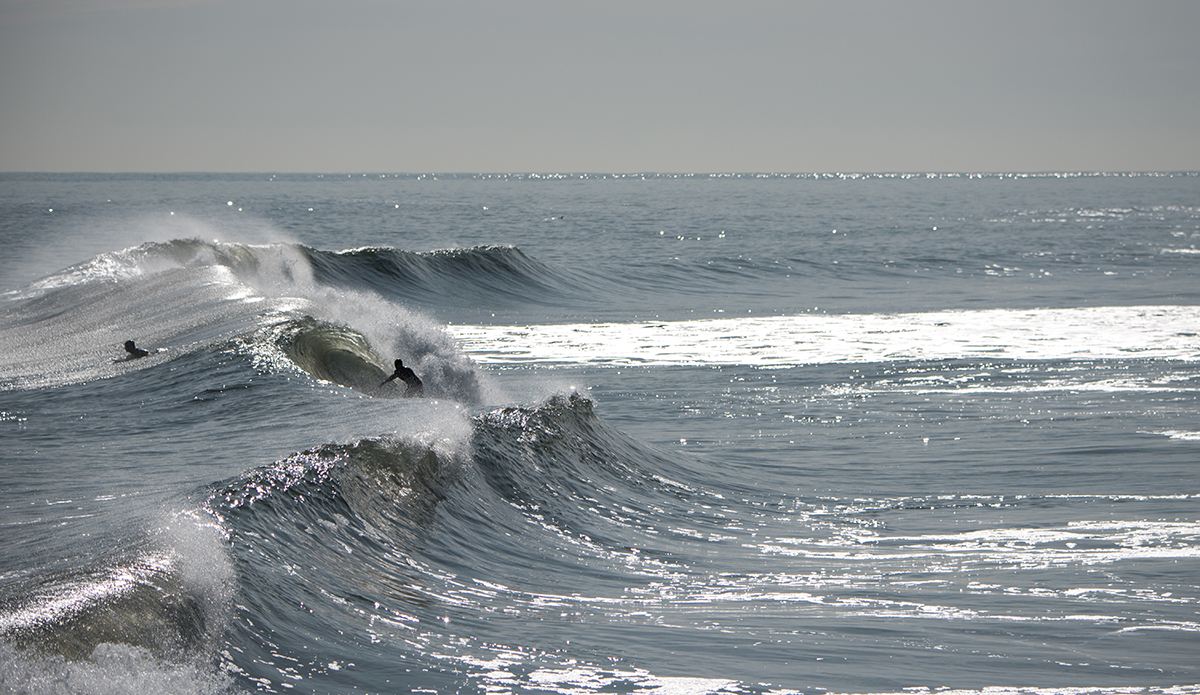 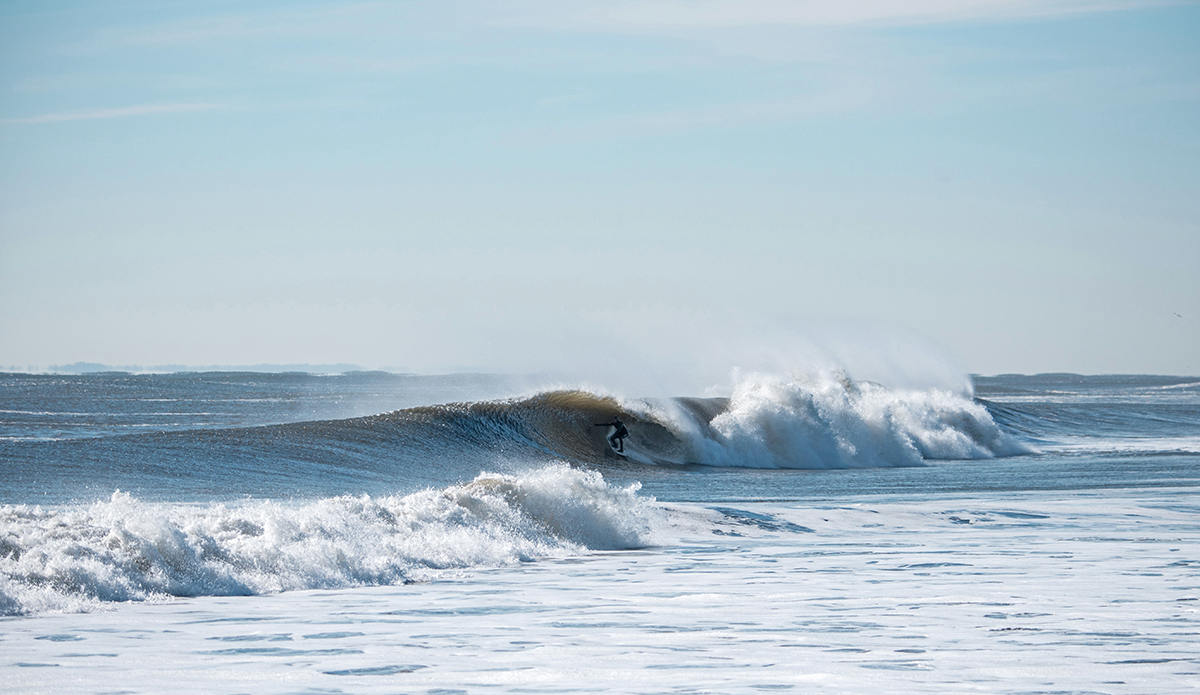 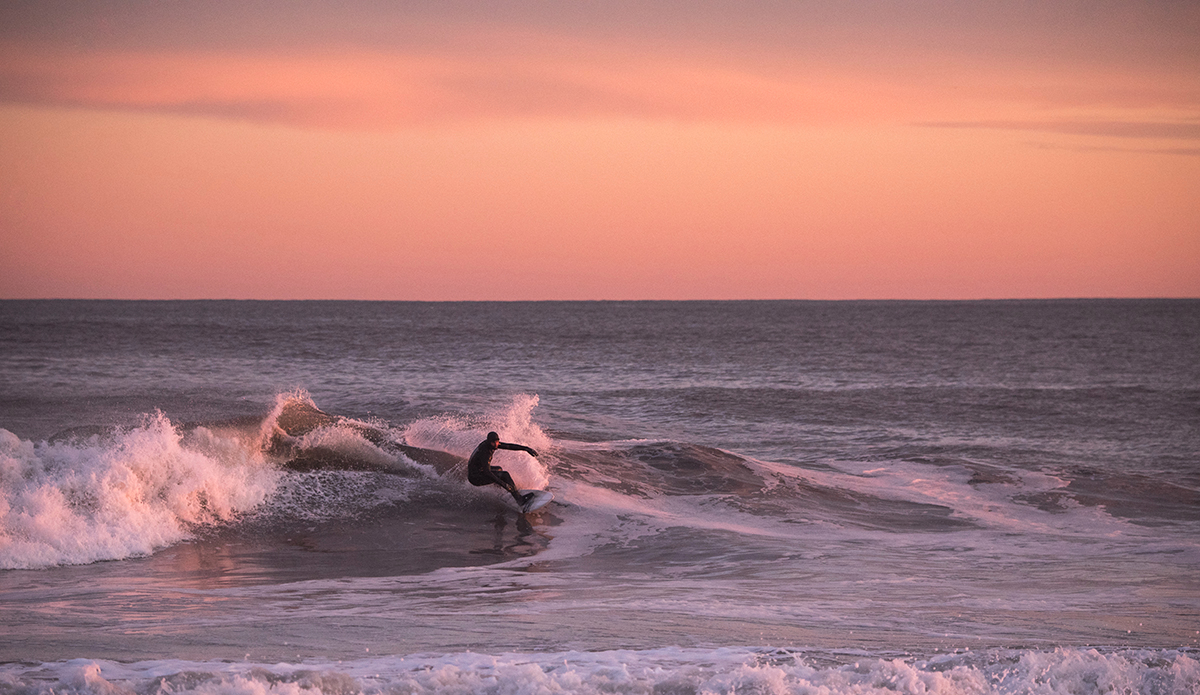 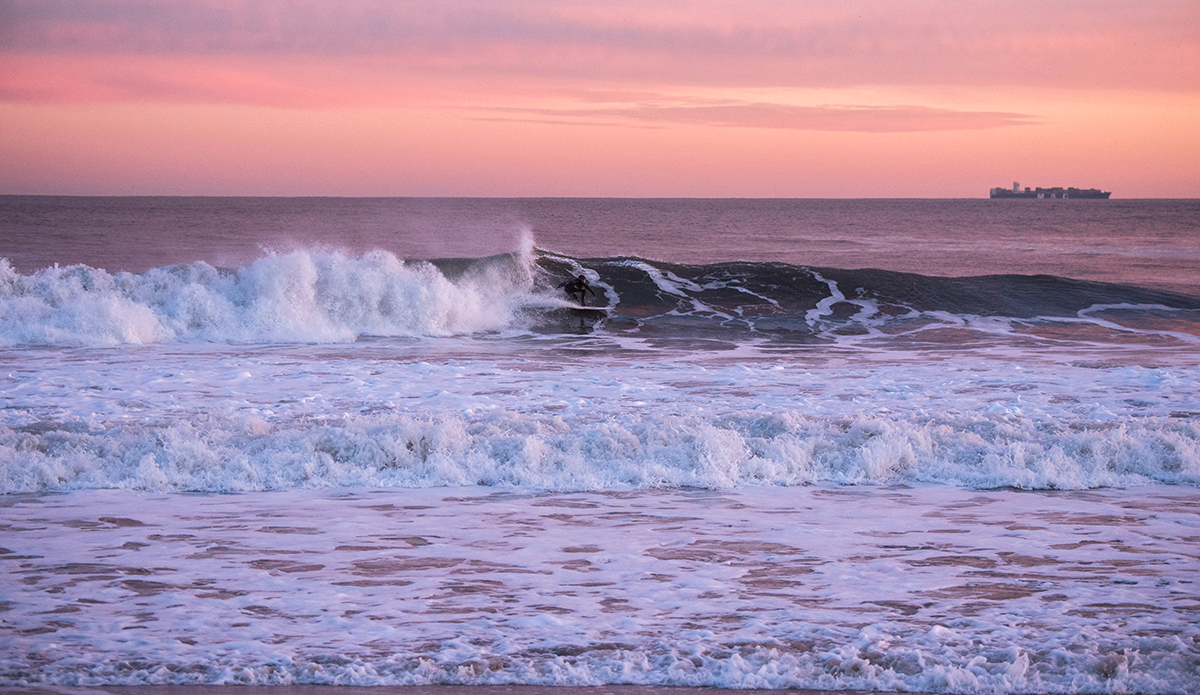 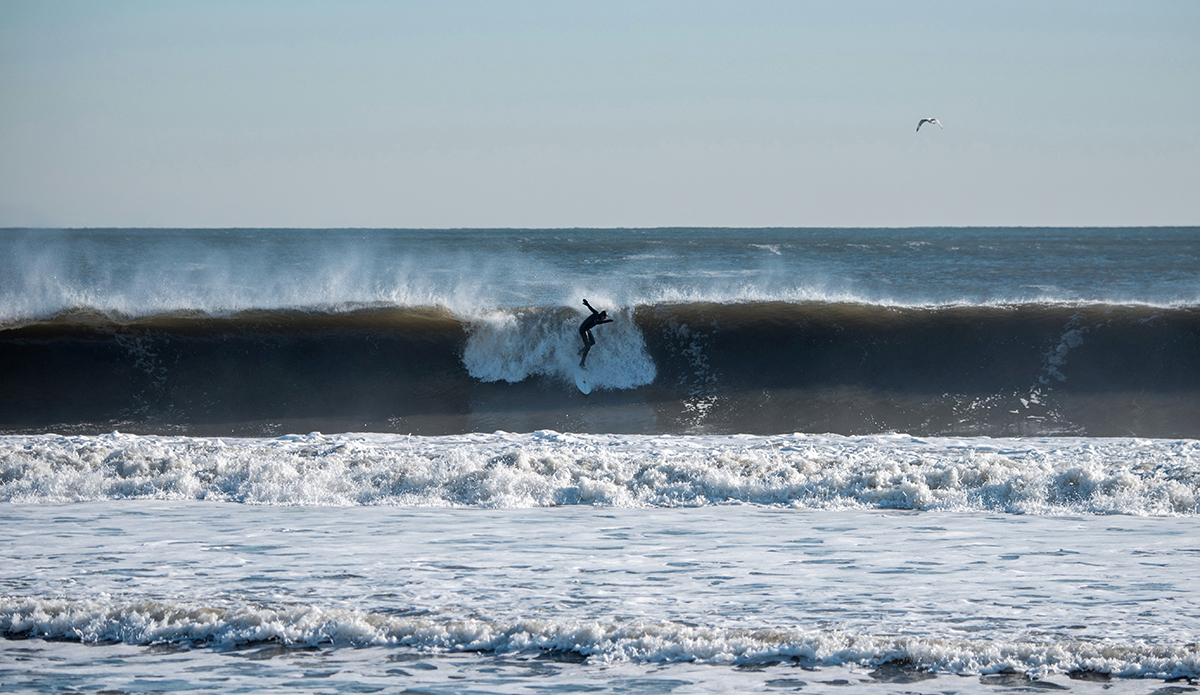 I can’t imagine. It looks like a brain freeze out there. A mental encounter with the Gods and Monsters of the sea. Photography is the closest I’ll get. I am the outsider, but I want it badly. Dark and stormy is my favorite flavor. The challenge, surprise, intensity, the reward of documenting something potentially epic. The creative conversation between the ocean, surfer and my lens. The more I get out there, the closer I get, and the more meaningful my photos become.

The lighting bolt graphic and yellow board caught my eye. Turns out it was Brian Wengrofsky riding vintage, a 7’0 1978 Ed Angulo sigle fin pintail. It’s 3″ thick; his winter board for overhead surf. On the stringer it says “praise the lord Jesus.” I had to ask him what it was like..“I usually want it to be bigger. Here in Rockaway, I’m used to the luxury of being able to taunt the ocean. You know, “Is that all you got? Give it to me!” Obviously, there are parts of the world where that is something a mortal simply cannot do. I’d surfed waves that were a little bigger in the Caribbean and Central America but not freezing, violent, hollow beach break at the size the Jonas swell was producing. I found myself trying to ride the little ones and dodge the bombs. It took the swagger out of me, but I loved it. The ocean can do a thing where it approaches an almost biblical majesty. You’re out there playing with forces that are so much bigger than you. Like you get invited out with a few medium-size gods. You have to pay close attention and have impeccable behavior. It makes you tall and humble at the same time, which is probably right where we ought to be.”

Big Sunday was a beautiful beast. “To our surprise, we woke up to see waves we rarely witness: 8-10 ft and clean with the occasional 12 ft face. Sounds perfect, right? That depends on who you ask. Only the brave and primed were out there amidst the freezing air and near freezing water temperatures. Waves were spitting in both directions and every spot working from the reliable swell magnets of the once-a-year novelties. You’d be hard-pressed not to score.” Michael Reinhardt tells me.

There are always the left overs. Where to go? Reinhardt is my adventure surfer, always up for exploring and getting on the road. We have the same vision for the chase, steep and hollow. Monday morning we met in Jersey. Not what we were looking for but a very fun playground of salty pockets, ramps, splitting peaks and waves connecting. To me it looked like a liquid skate park. Pro surfers were putting on a show. The photographers were claiming their spots. And not a wave was missed while a playful yet serious vibe lingered.

Jonas was a delirious road trip, hours in the car racing the blizzard shut down, trekking in the whiteout for the shots, spending a crazy night snowed in at Playland Motel. Waking up to monster waves, igloo like streets, and ending in a salty disco sunset session. Jersey was a sweet treat, happy I woke up and drove for hours again.