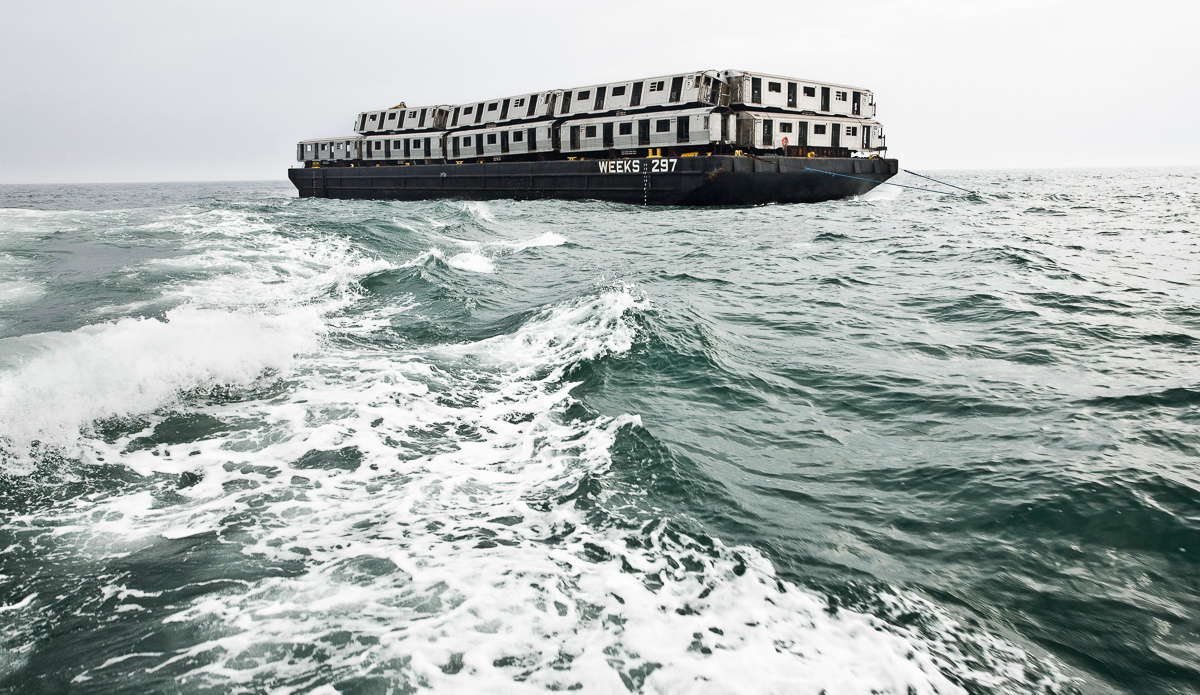 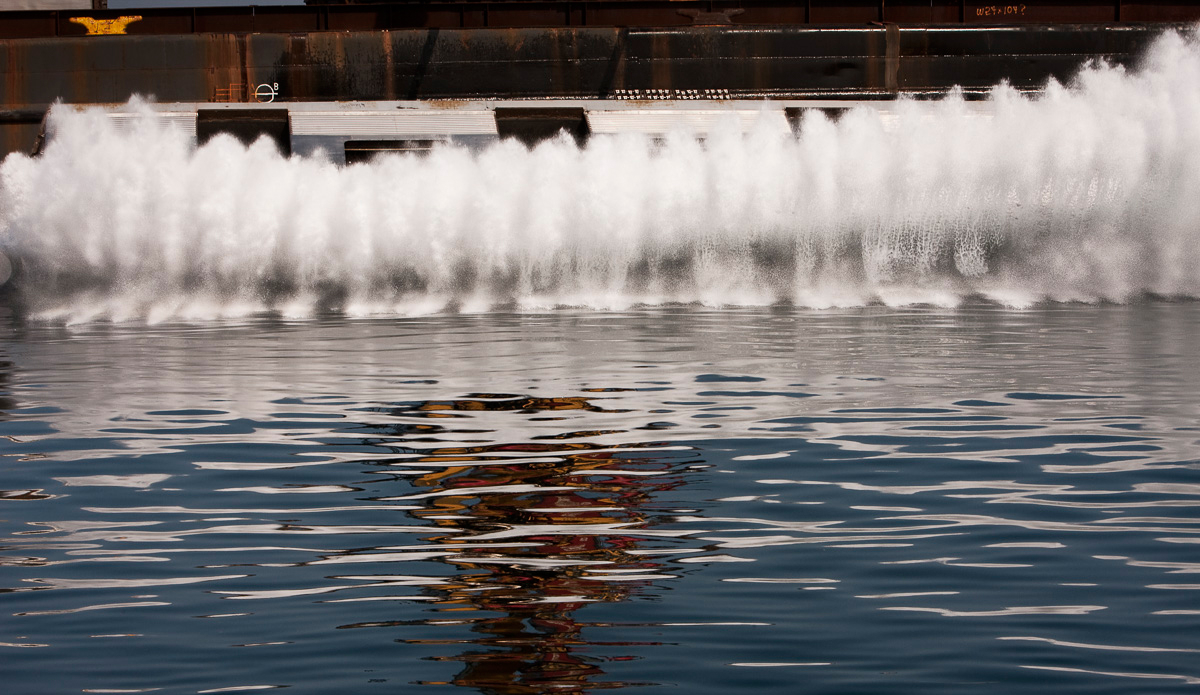 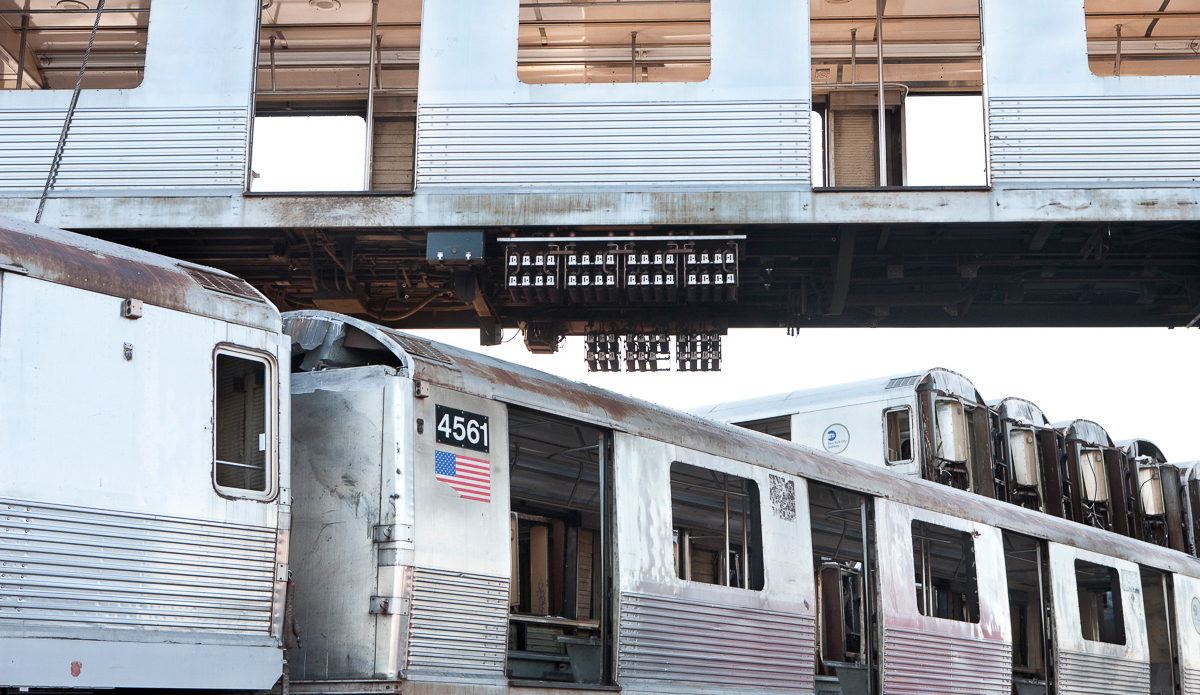 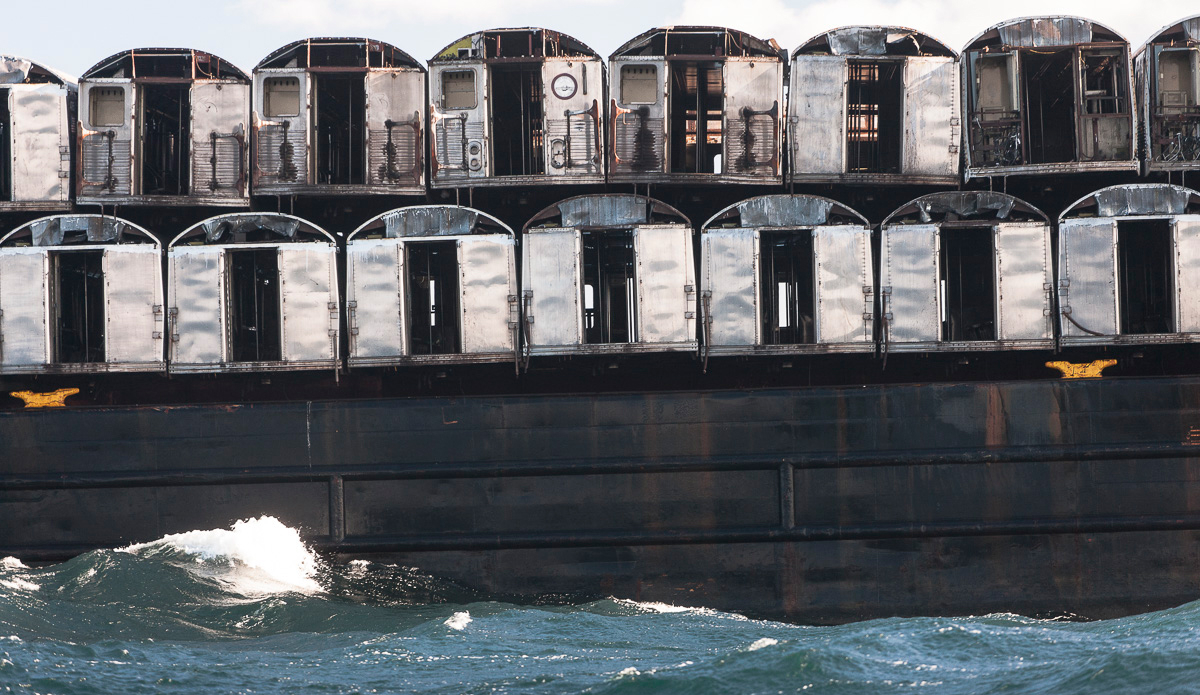 On the Way. Photo: Stephen Mallon 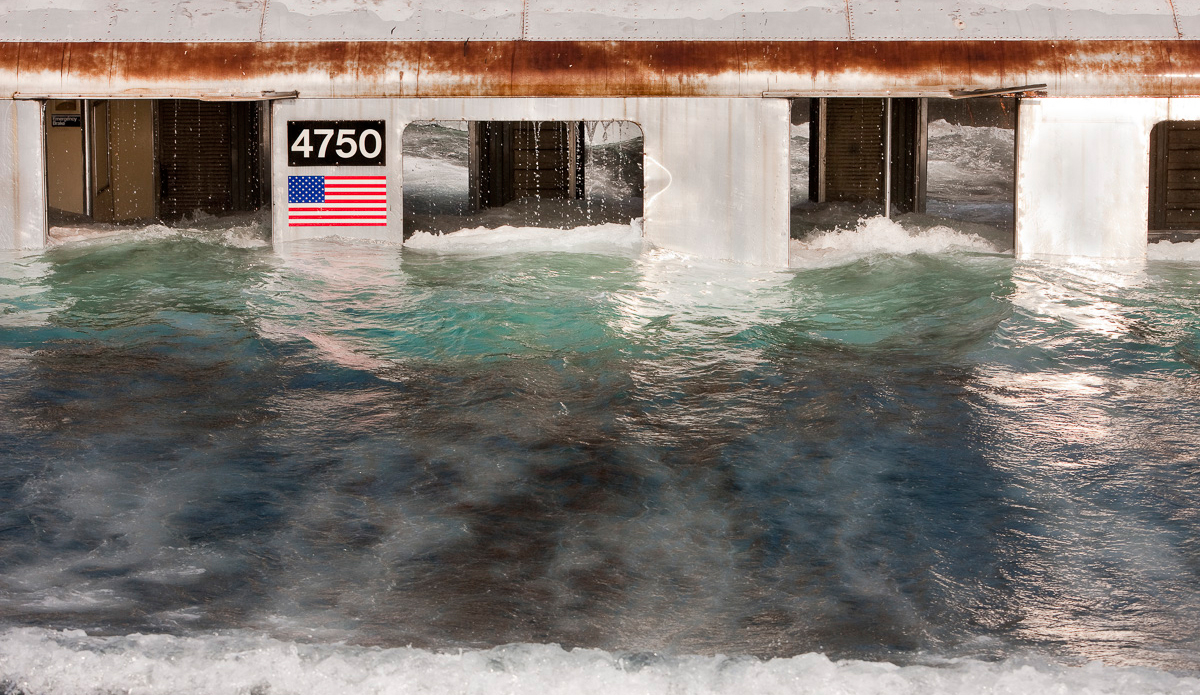 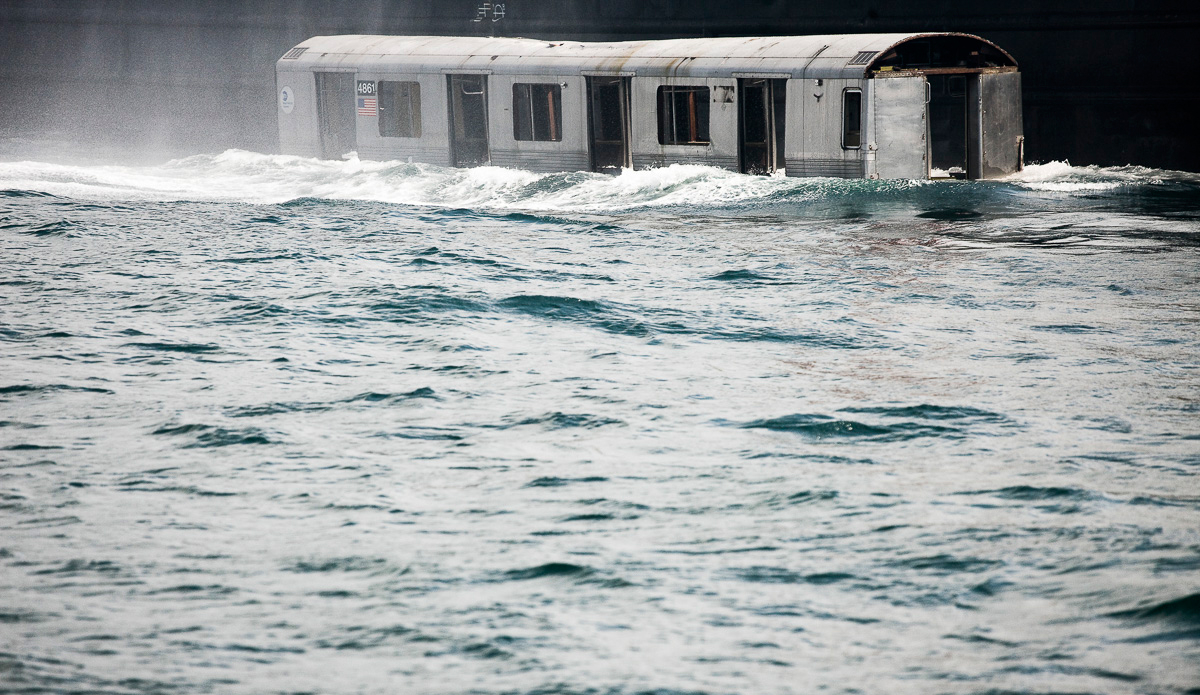 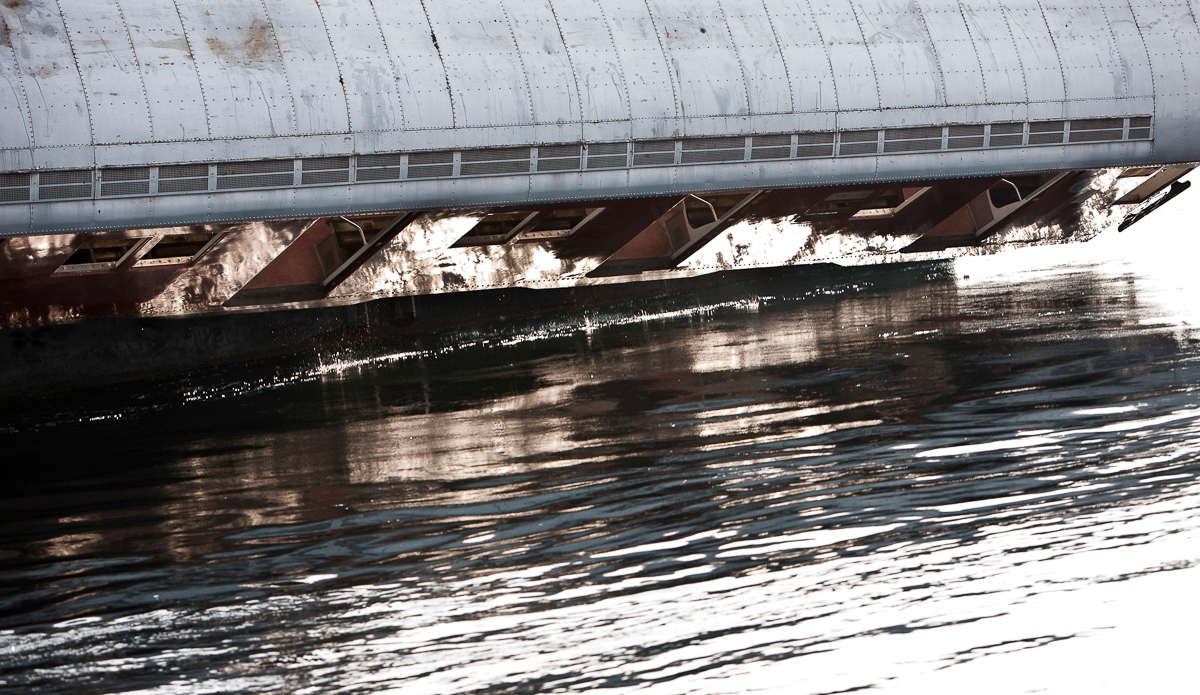 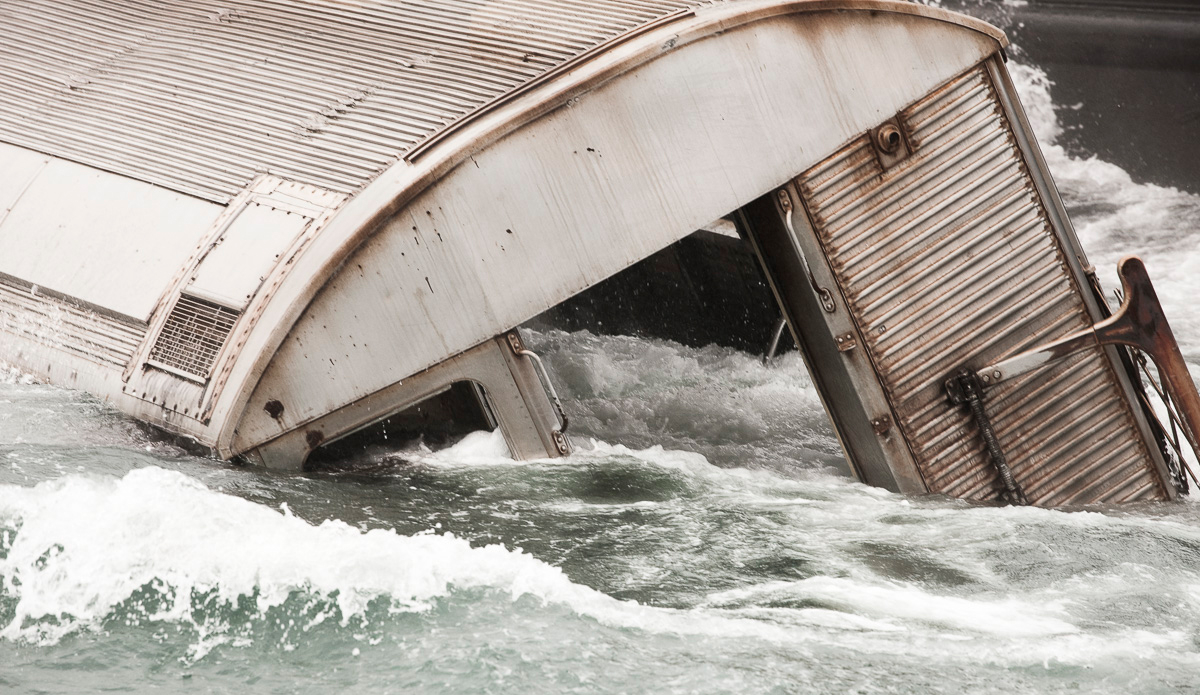 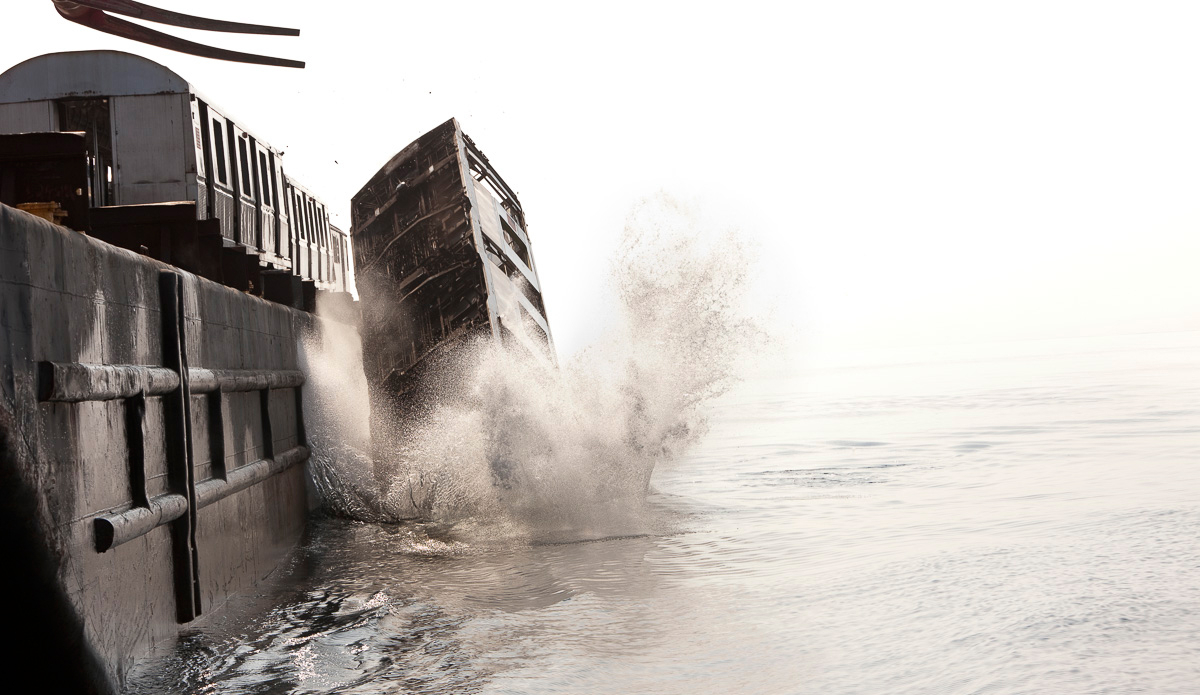 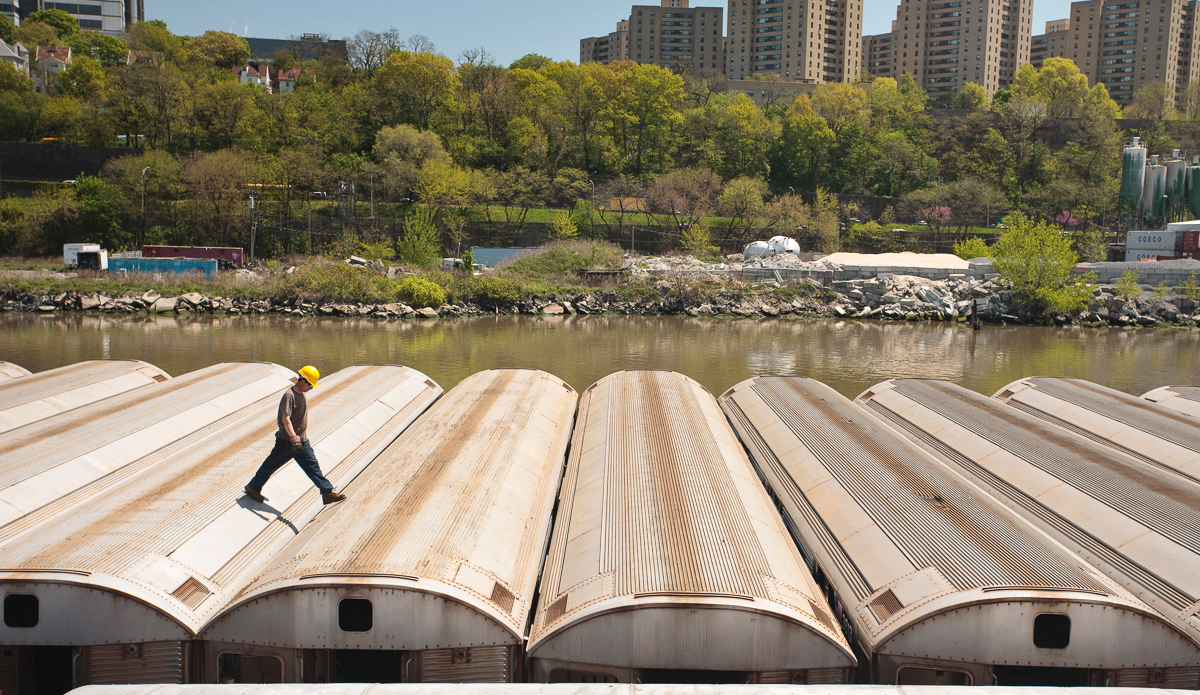 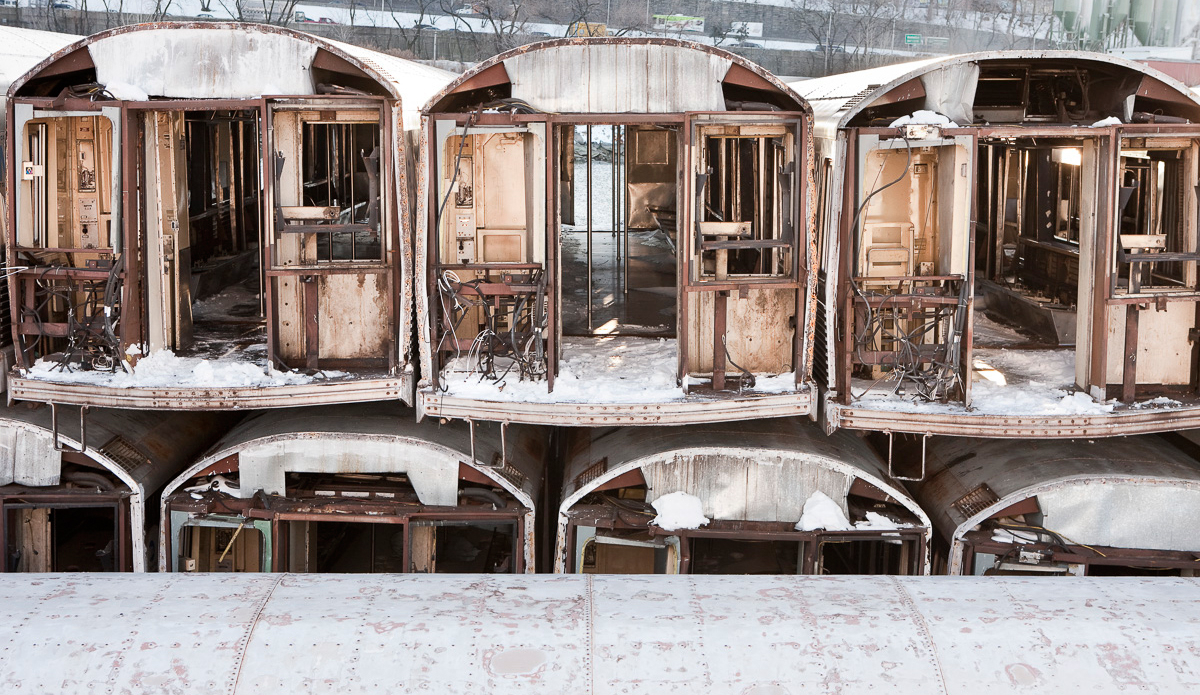 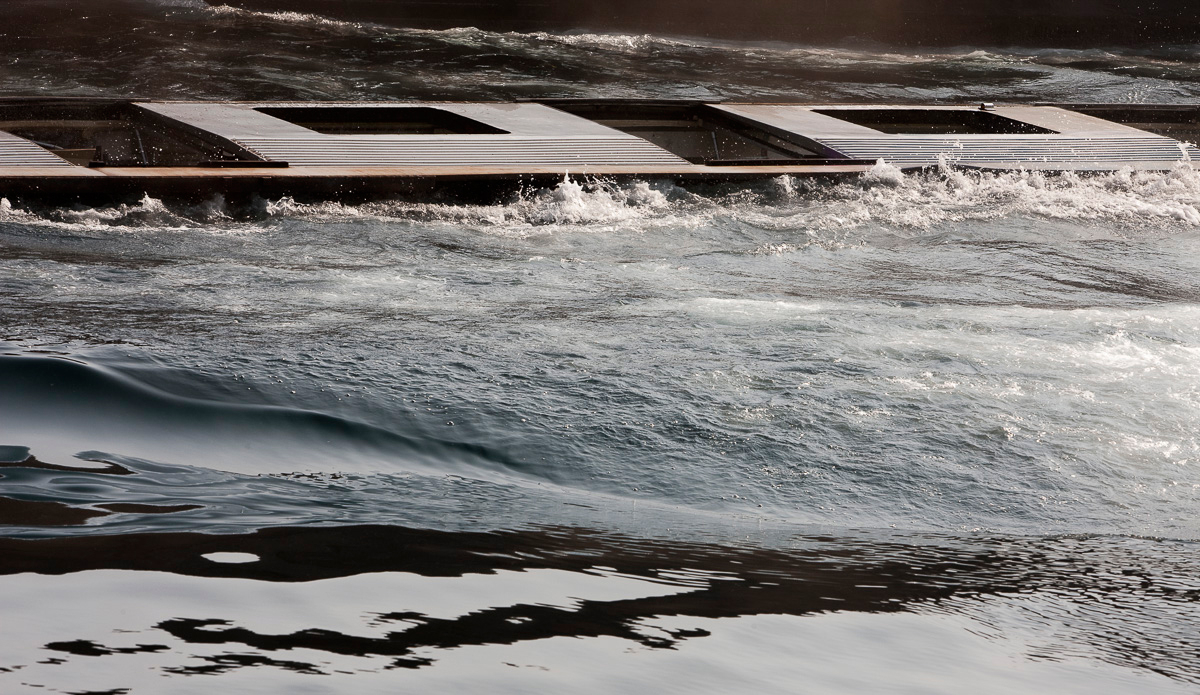 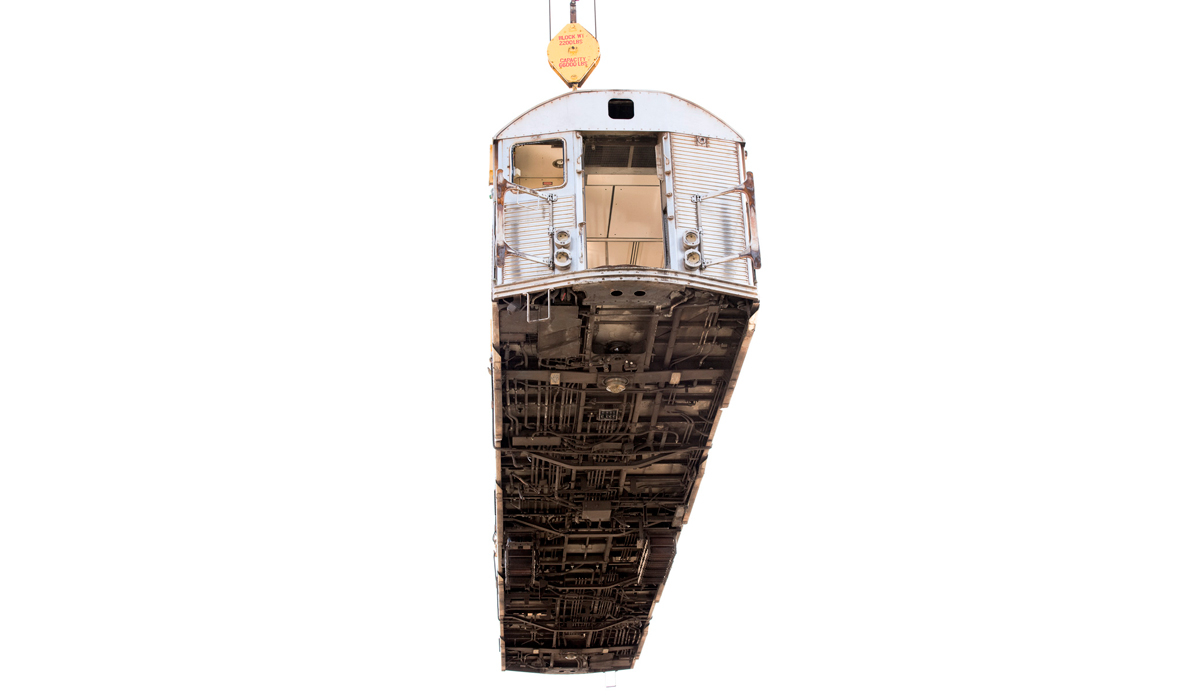 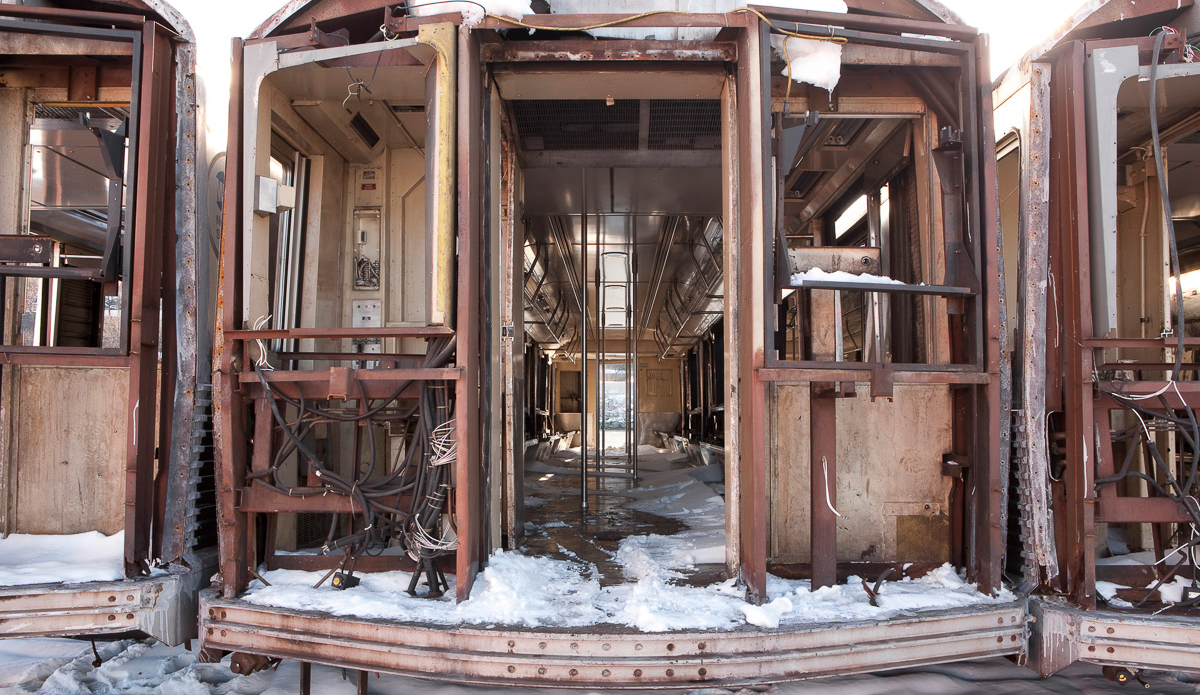 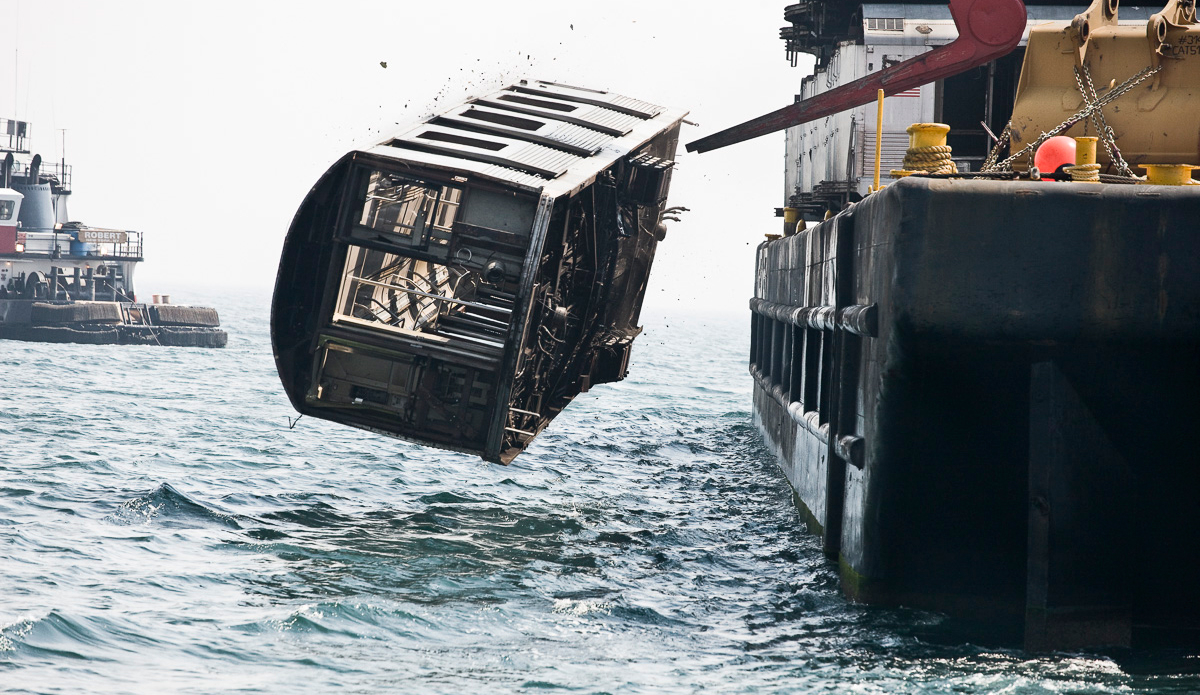 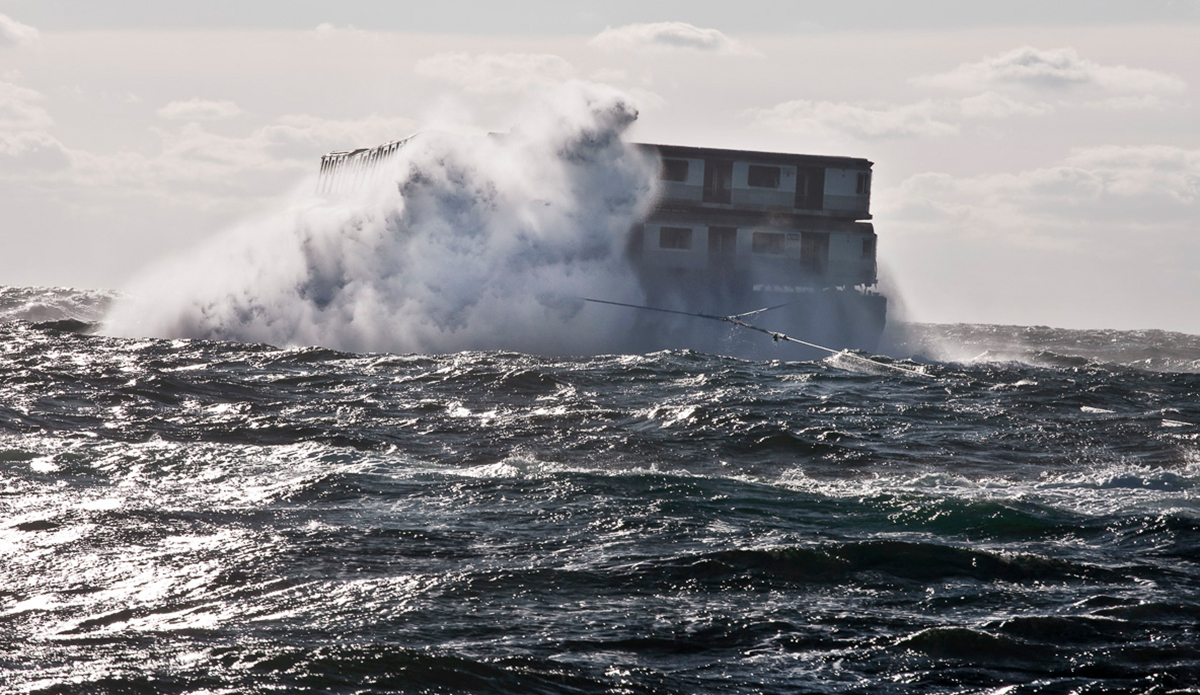 In a bold move, the New York City Transit authority joined the artificial reef building program off the east coast of the US in 2000 and sent stripped and decontaminated subway cars off on barges to be dropped into the ocean in order to build refuge for many species of fish and crustaceans which would colonize the structures. These images trace the progress of the train cars on their way towards their last voyage, majestic waves approach the viewer in these large scale photographs as they too are transported out to sea to behold the lifting and transfer of these massive machines. One photograph hauntingly depicts elements of nature creeping into their barren hulls, drifts of snow lines the walkways, a glimpse of sunshine streams through their removed doors as they wait in stacks to be carted off to sink to the dark depths of the ocean floor. The photographs elicit both the sadness and the beauty of cascading water overtaking these iconic figures of New York transit as they sink beneath the surface of the water, and surges and sprays are caught in time.

I have dedicated the last three years to following this endeavor, chronicling the last phase of NYC Transit’s involvement in this program. The photographs that are presented in this exhibition capture the grandiosity of this effort; the weight of these 18-ton train cars can be felt as they are ferried off and plunged into the water. These newly released photographs are from my continuing series, “American Reclamation,” which chronicles and examines recycling processes in the United States. This series holds optimism in the innovation of salvaging techniques, showing the possible gains that can be made as industrial waste is revivified. In “Next Stop Atlantic,” I determinedly track the final stage of the lives of these once indispensable modes of transit for passengers on the New York subway lines, canonizing them in New York history. Dont do it. Photo: Stephen Mallon

All Images courtesy of Stephen Mallon and Front Room Gallery.  The image “Dont do this”  will be featured along with other work by Mallon in the solo exhibition Patterns of Interest at New York University’s Kimmel Galleries from February 6 to March 15.