Ocean Is Passion, and Passion Rages On 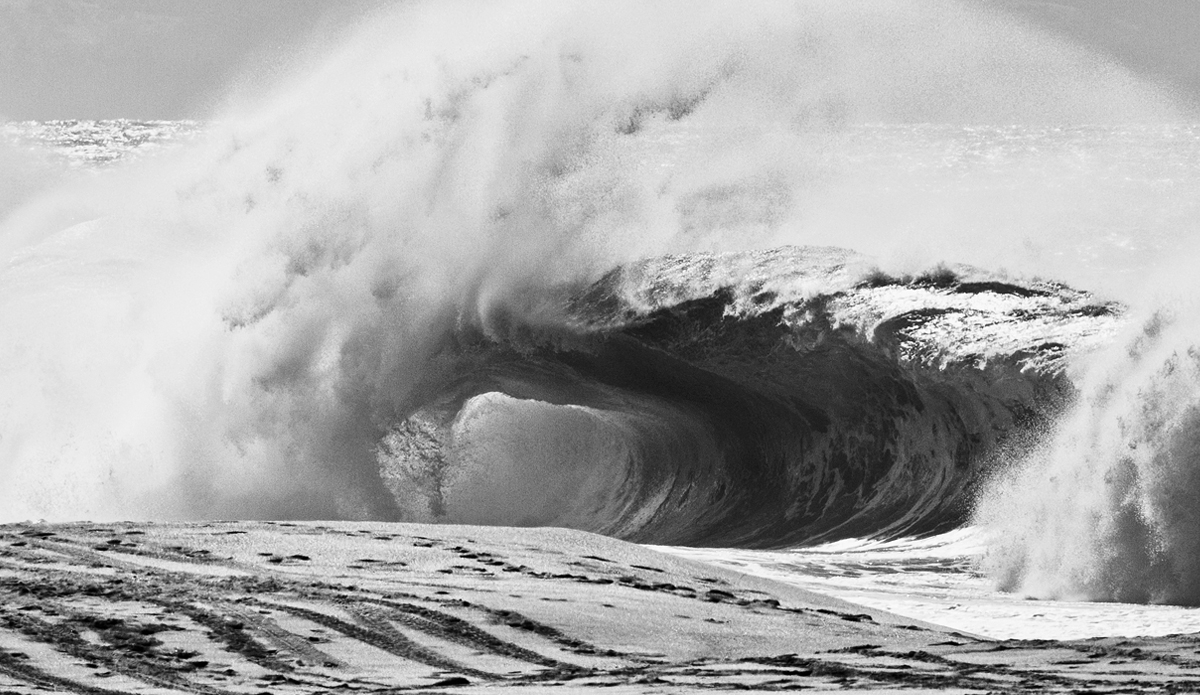 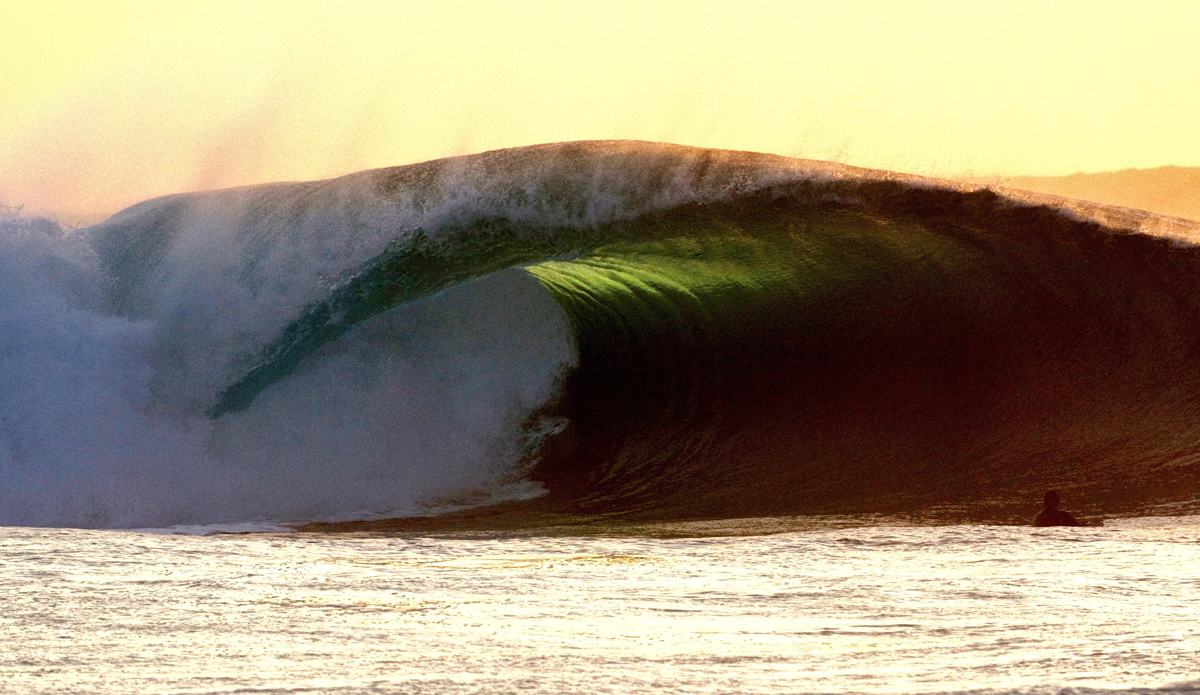 Pipeline Golden Double-Up: Even though I had to fight the urge this whole afternoon I shot Pipe, I wanted that one image that would standout. Finally, this double-up did its thing at sunset. Photo: Evan Fa 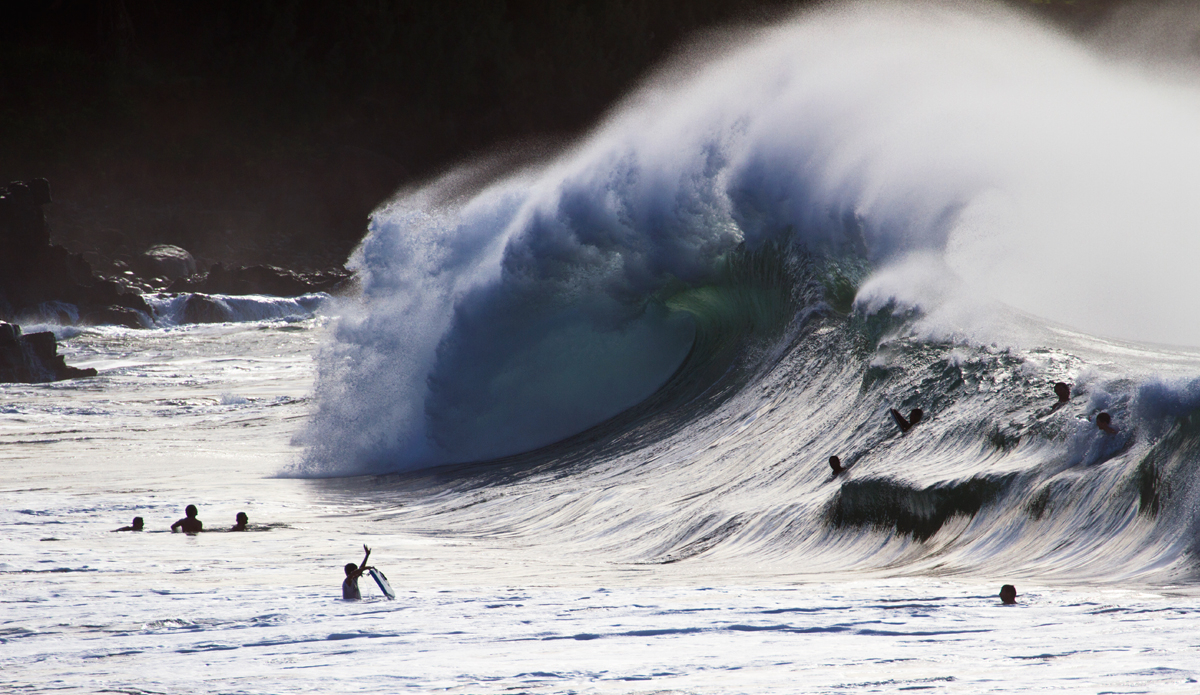 Hide Your Kids, Hide Your Wife: Waimea is a playground. Maybe not always the safest one, but it’s not uncommon to see a whole bunch of kids fooling around in stuff like this. If only their parents knew. Photo: Evan Fa 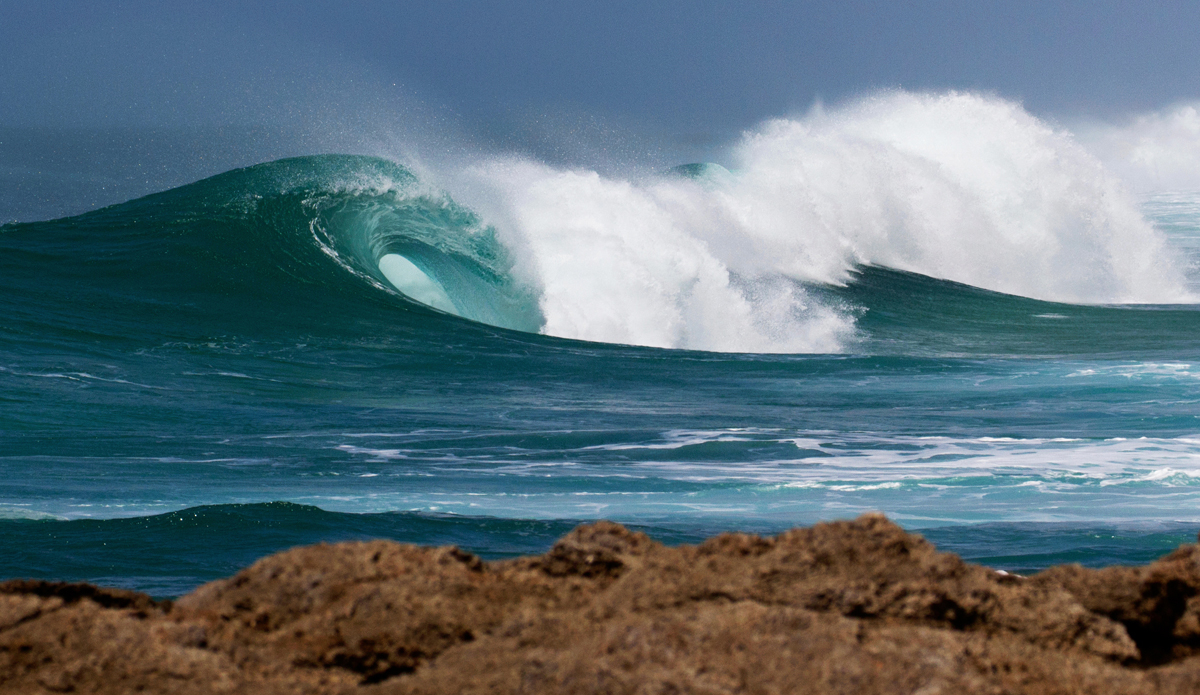 Illusions of Perfection: This shore break is probably one of the heaviest in Hawaii, if not the world. It’s not perfect either. This is one of those moments that gives people the illusion that it is. Photo: Evan Fa 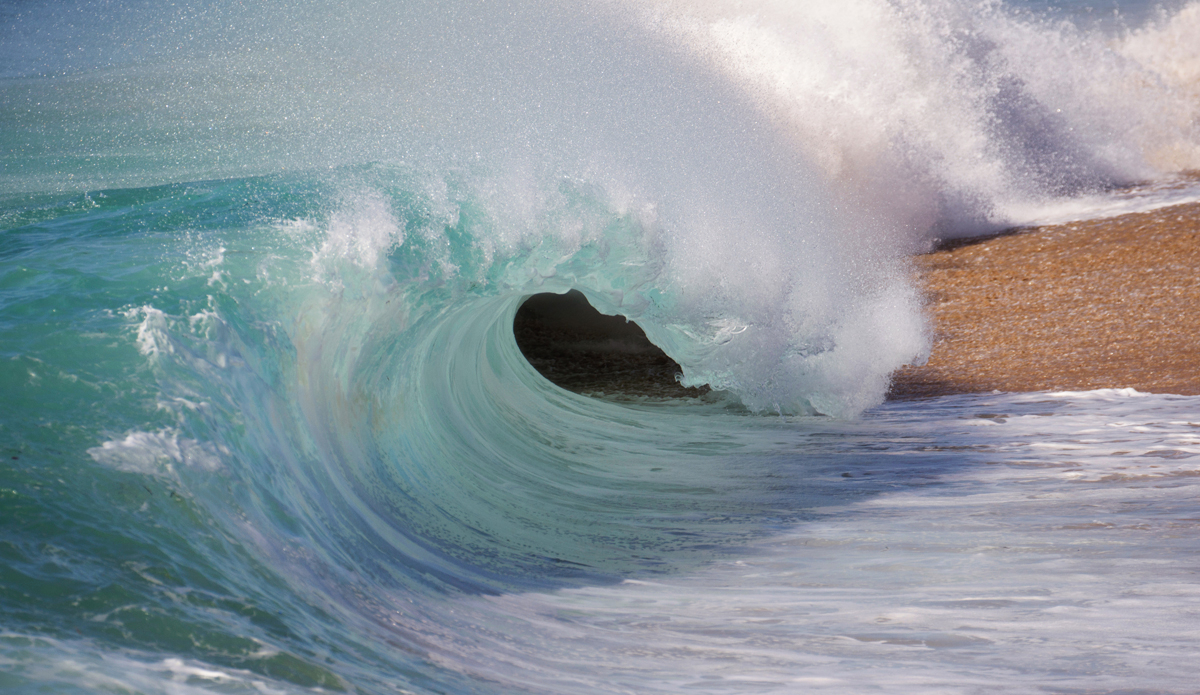 Shore-Break Your Back: Tide was way too high at Wedge this particular morning, so I just sat on the jetty and took photos of some pretty solid waves breaking right onto the sand while the tide dropped. Photo: Evan Fa 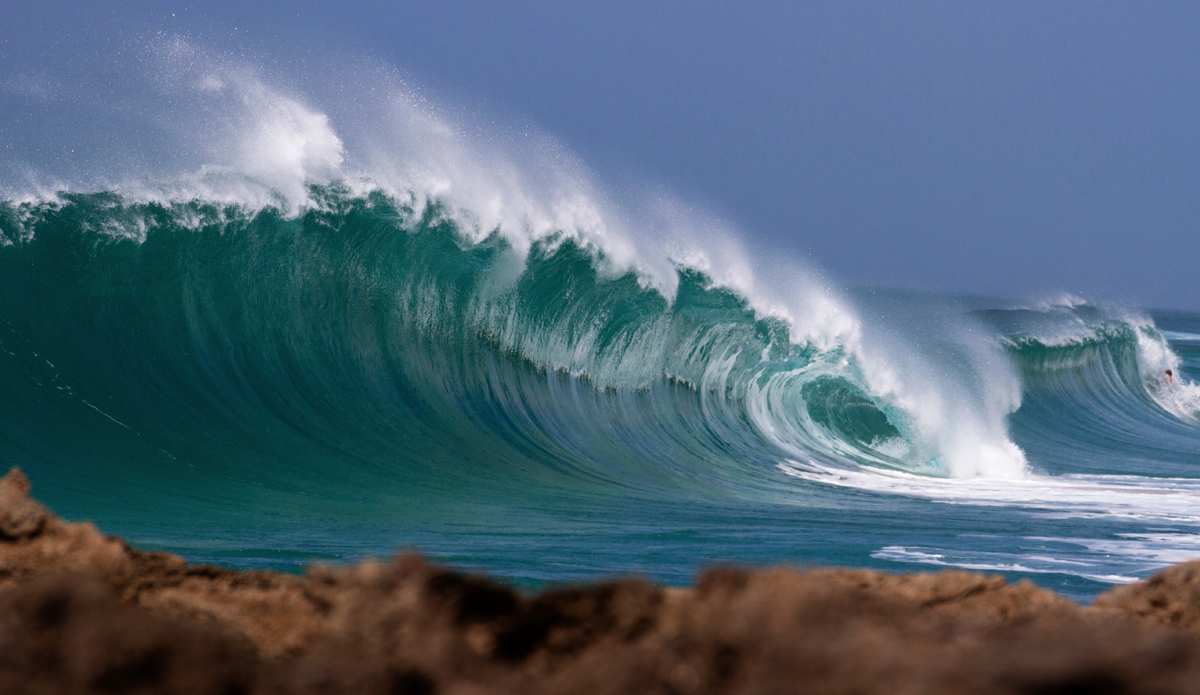 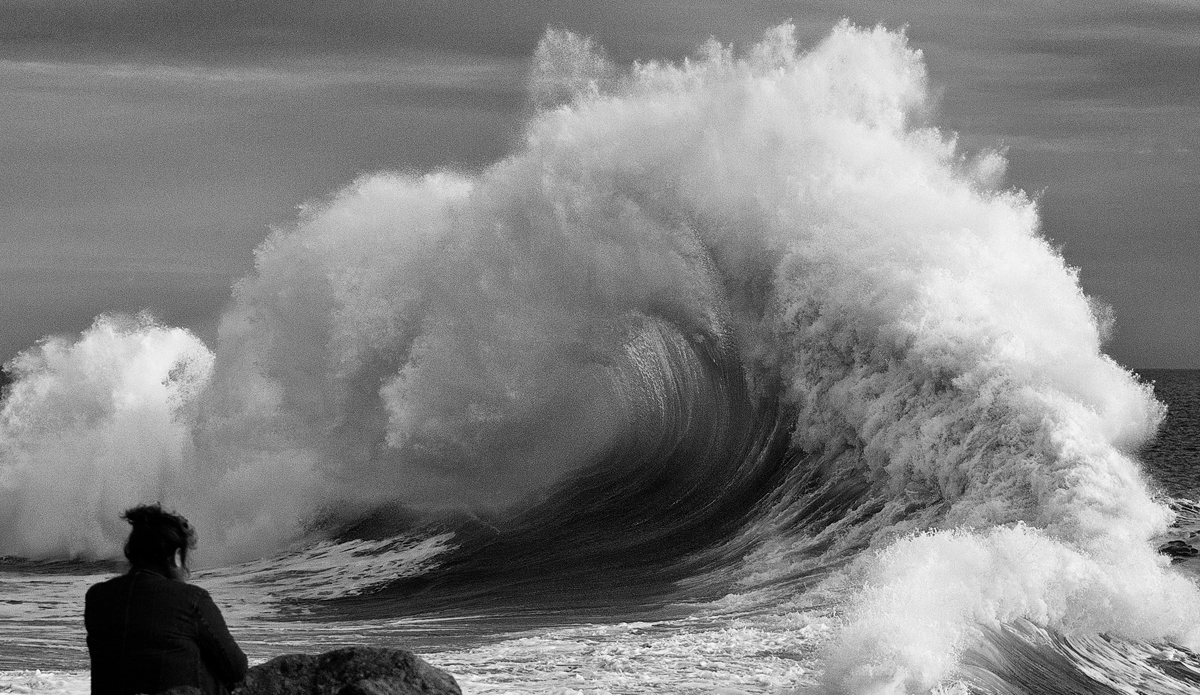 Splashes of LA: This is Los Angeles, believe it or not. Although, I won’t disclose where exactly. I was actually walking away with my camera to leave when this happened. Photo: Evan Fa 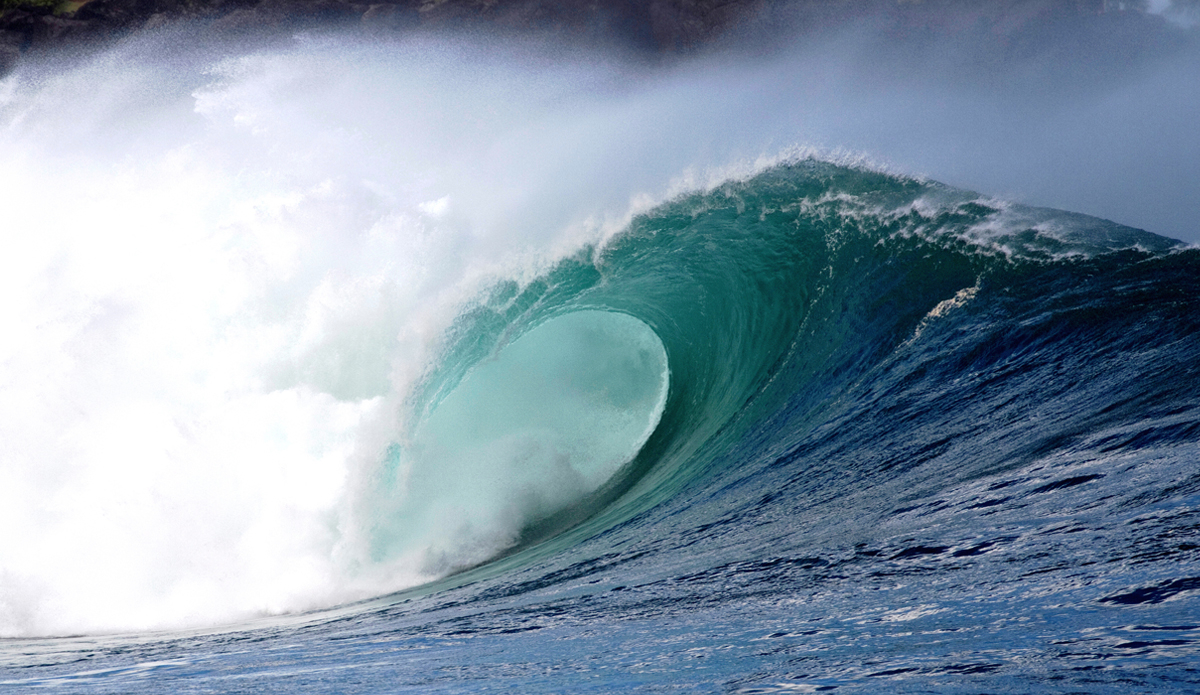 Waimea Mind Surf: This day at Waimea was hectic but perfect. I shot images before jumping out. I ended up getting caught inside by a bomb and almost drowning this day, but you have to pay to play. Photo: Evan Fa 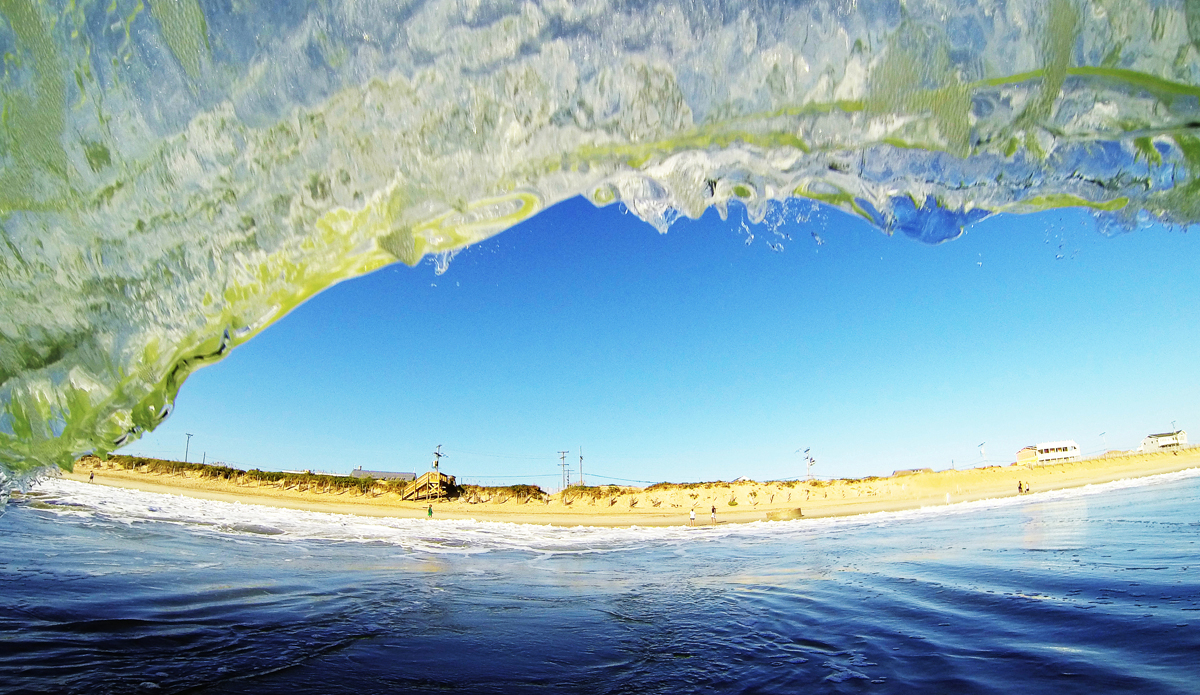 Back to Shore in Carolina: I had this stretch of coast all to myself a couple Labor Days back while I was living in the Outer Banks for the summer. I was getting bored shooting into the barrel so I decided to point back to shore. Photo: Evan Fa 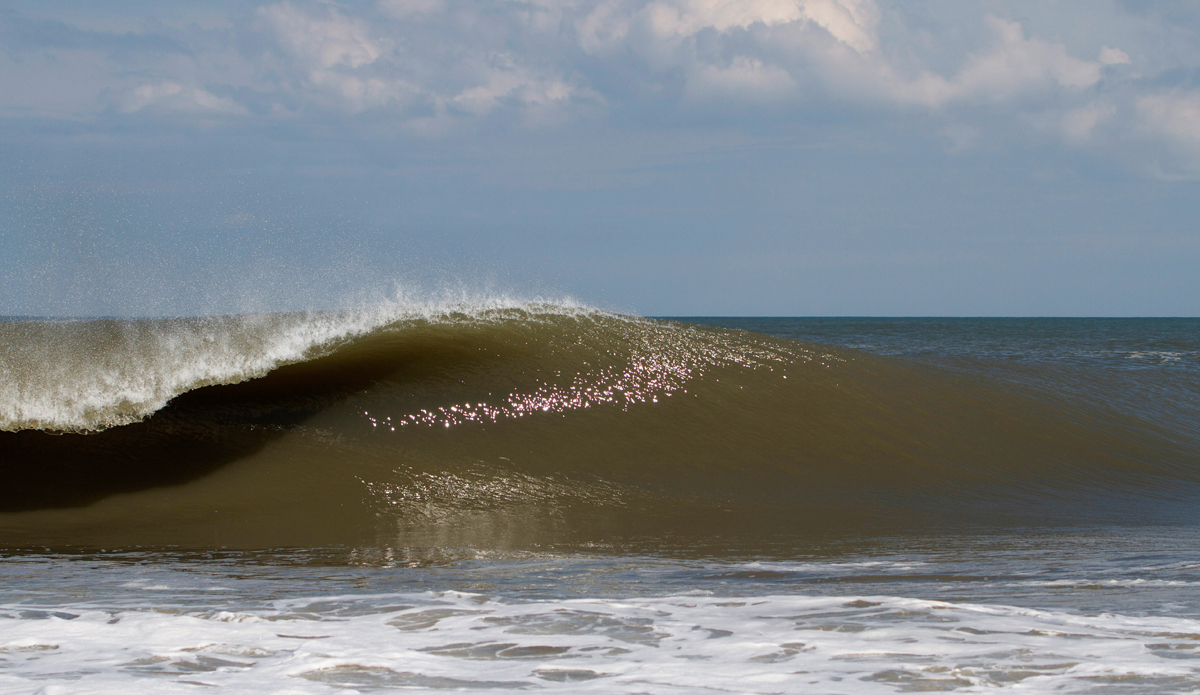 All Day Affair: We were in the Outer Banks visiting my wife’s family this past fall, and the surf happened to be good pretty much the whole time we were there. I snapped this in between one of my many all day affairs. Photo: Evan Fa 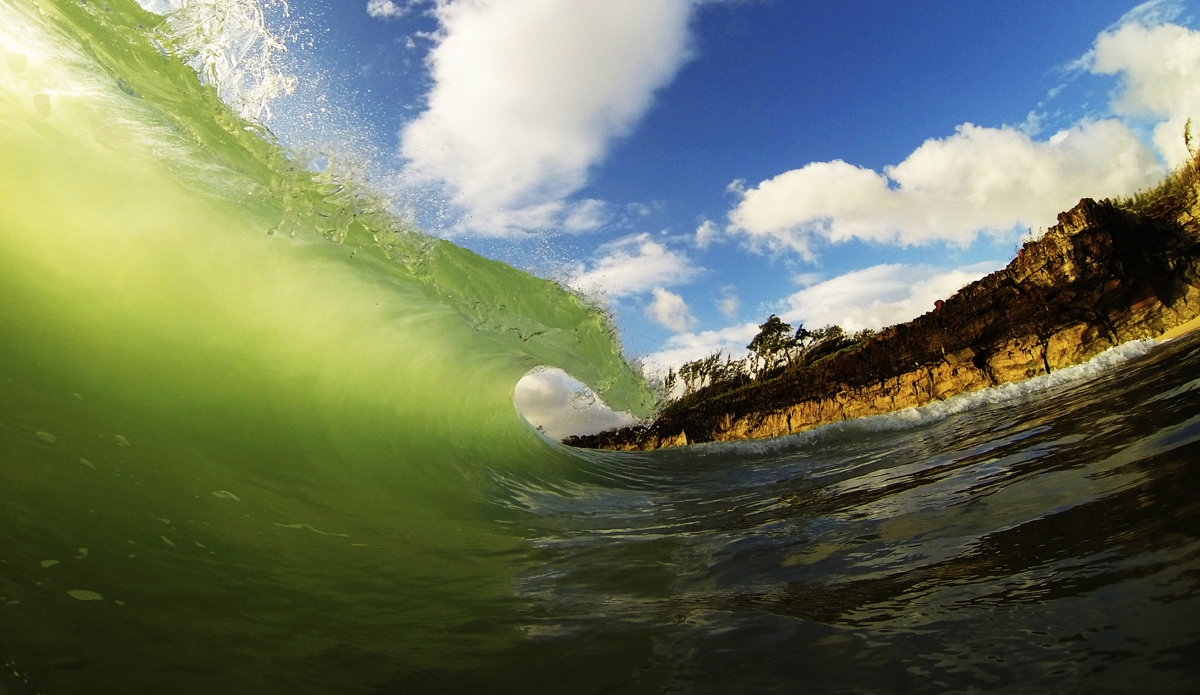 Koolauloa Emerald Wedge: This is my home, my favorite place to surf. The trades blast this place to smithereens 90% of the time, but nothing beats the place when the winds calm down and the sun creates an emerald look to the ocean at dawn. Photo: Evan Fa 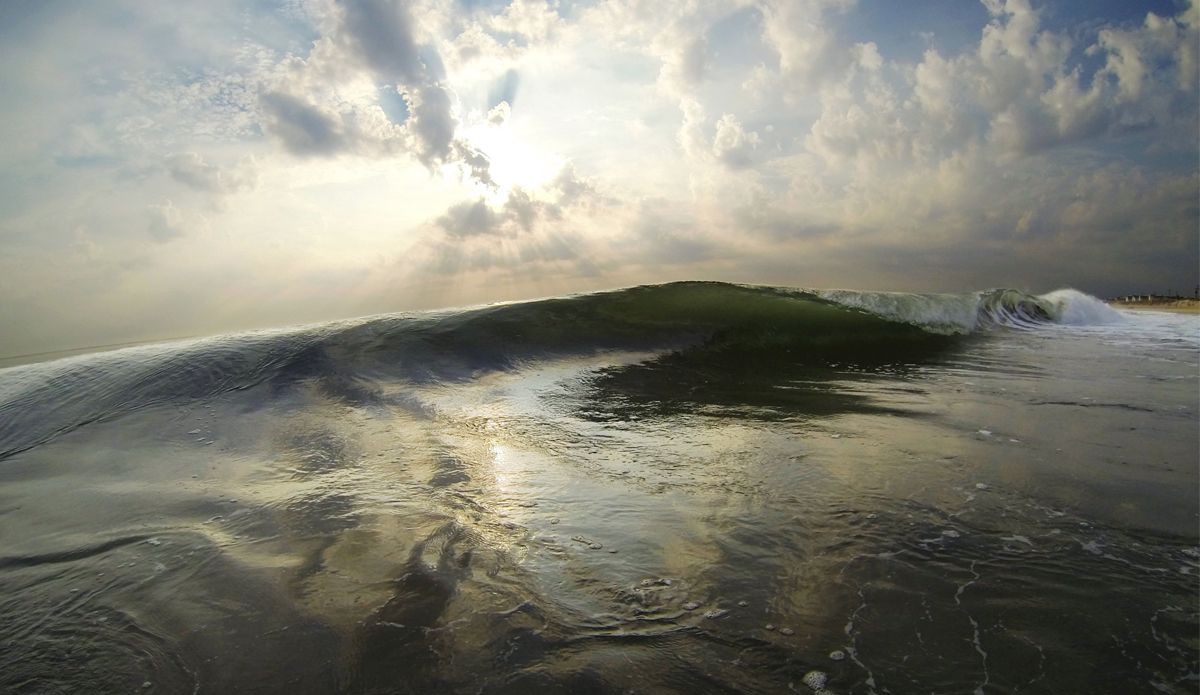 Morning Glory in Kitty Hawk: The surf wasn’t anything great this morning in Kitty Hawk, but the sunrise compensated for it. Photo: Evan Fa 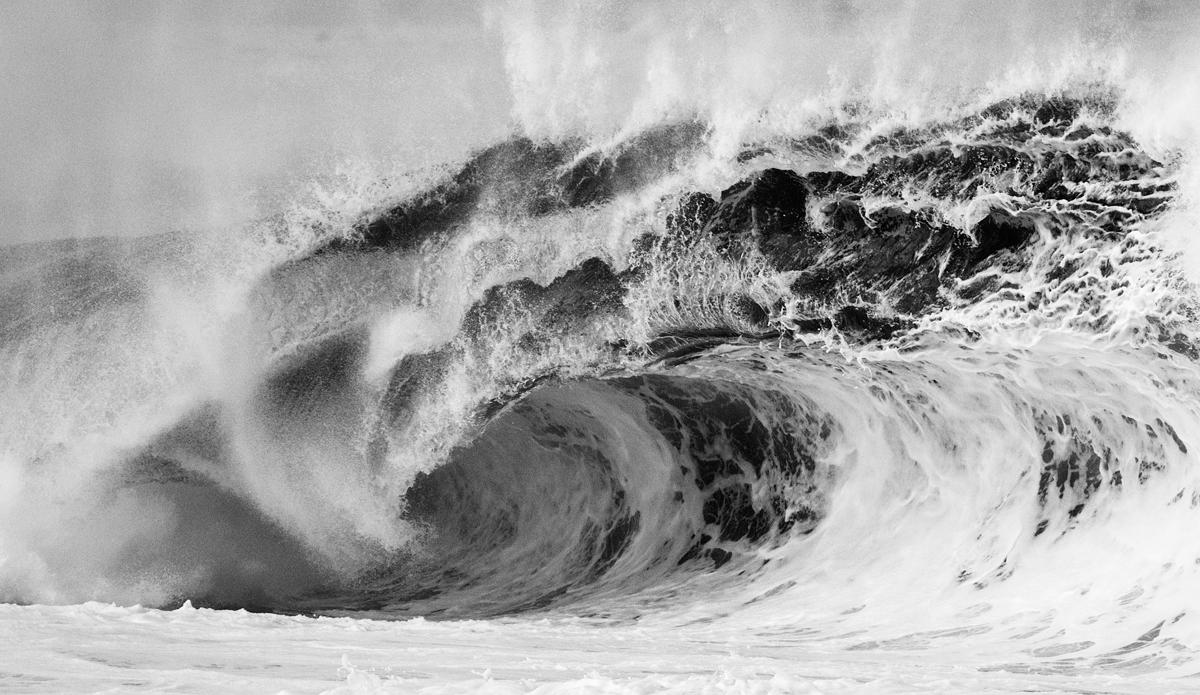 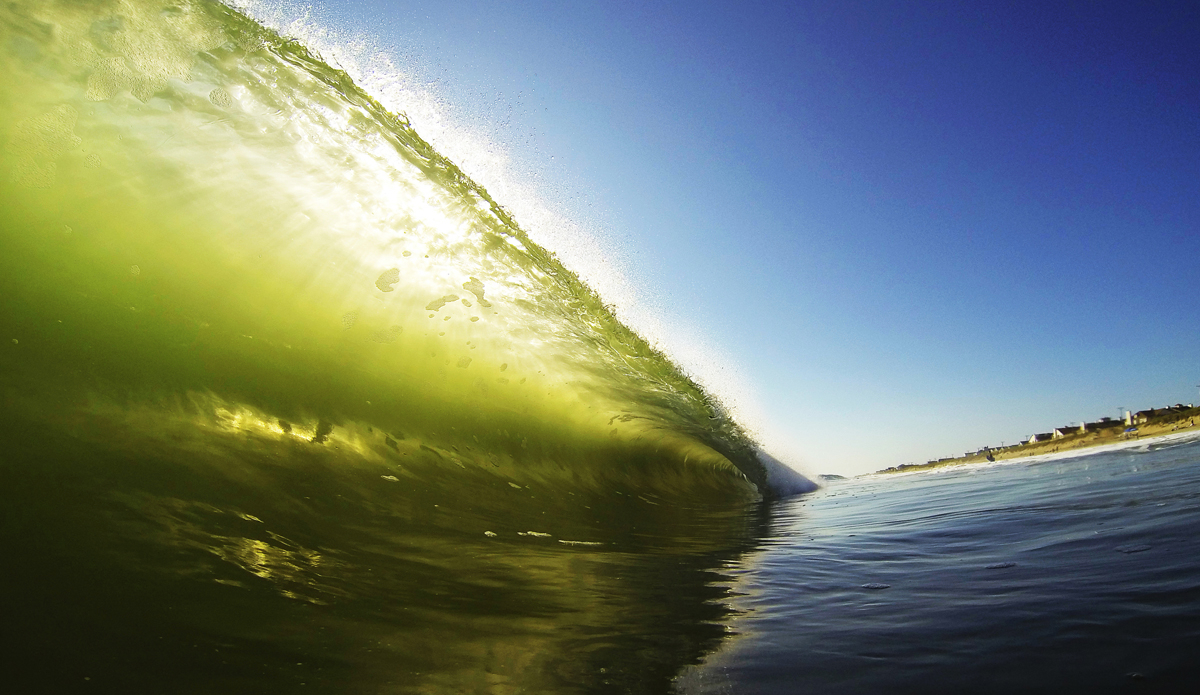 Oil Spoils: The winds died over night, so I woke up at dawn and was greeted by oily conditions and really fun surf. Photo: Evan Fa 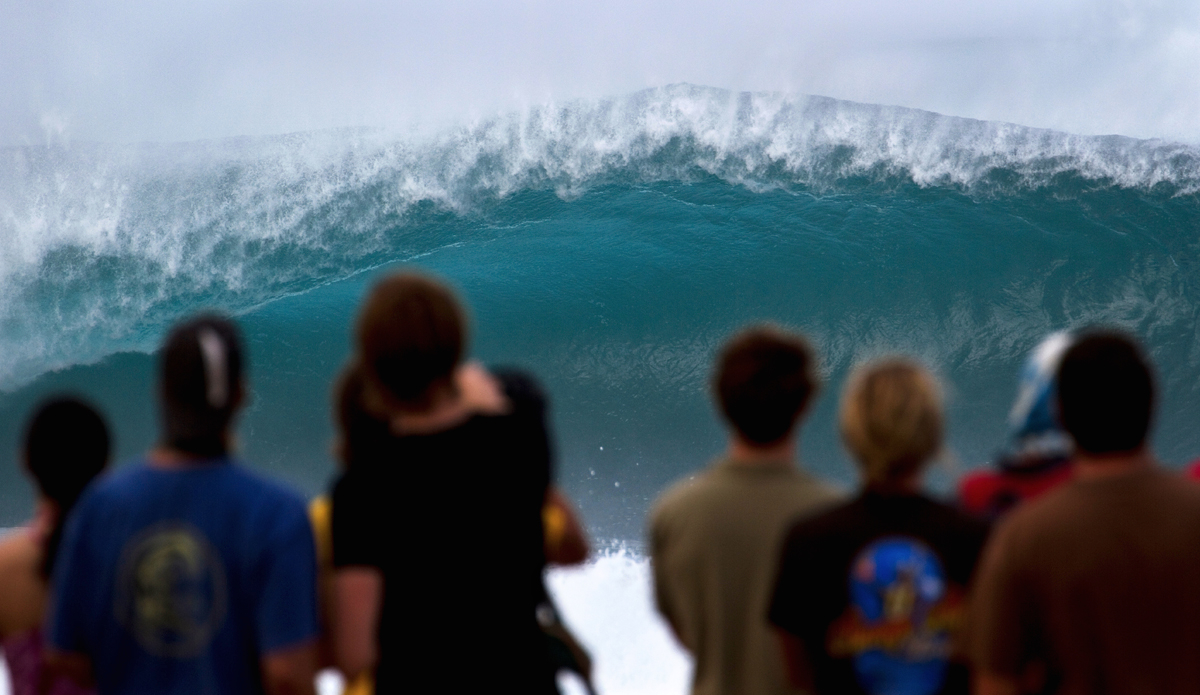 Pipeline Through the Peanut Gallery: Thousands of people at the Pipe Master in 2011, and all of them seemed to have cameras. Since there really wasn't an empty spot on the beach, I figured might as well let them be in the photos. Photo: Evan Fa 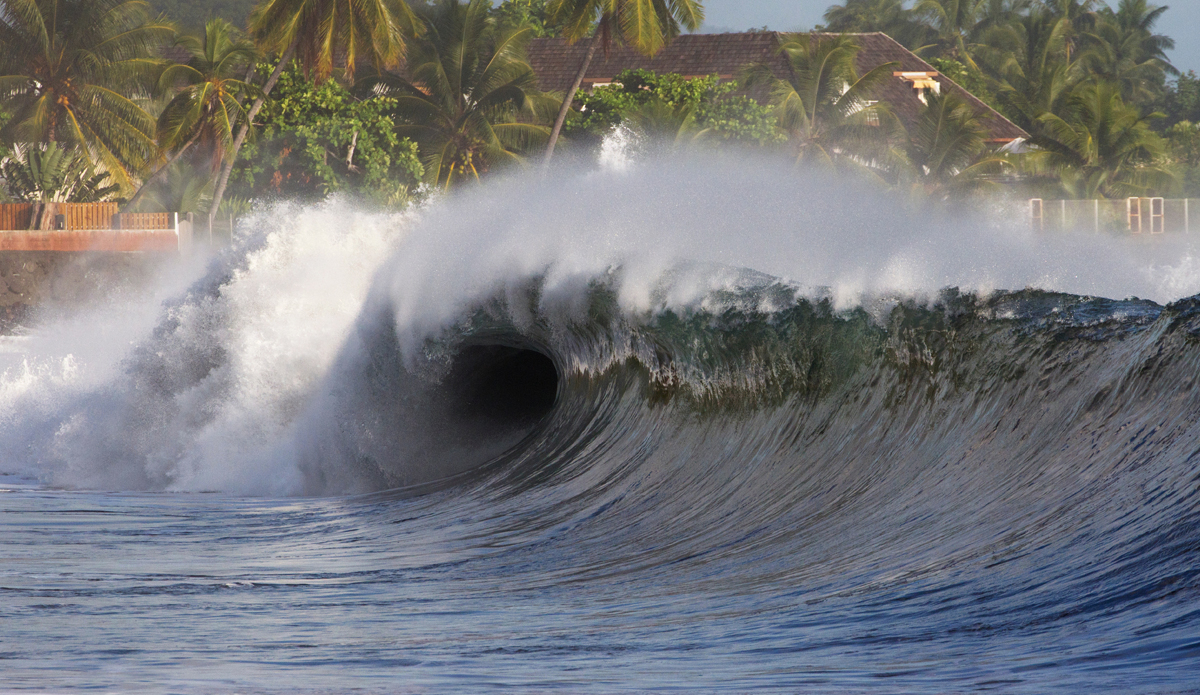 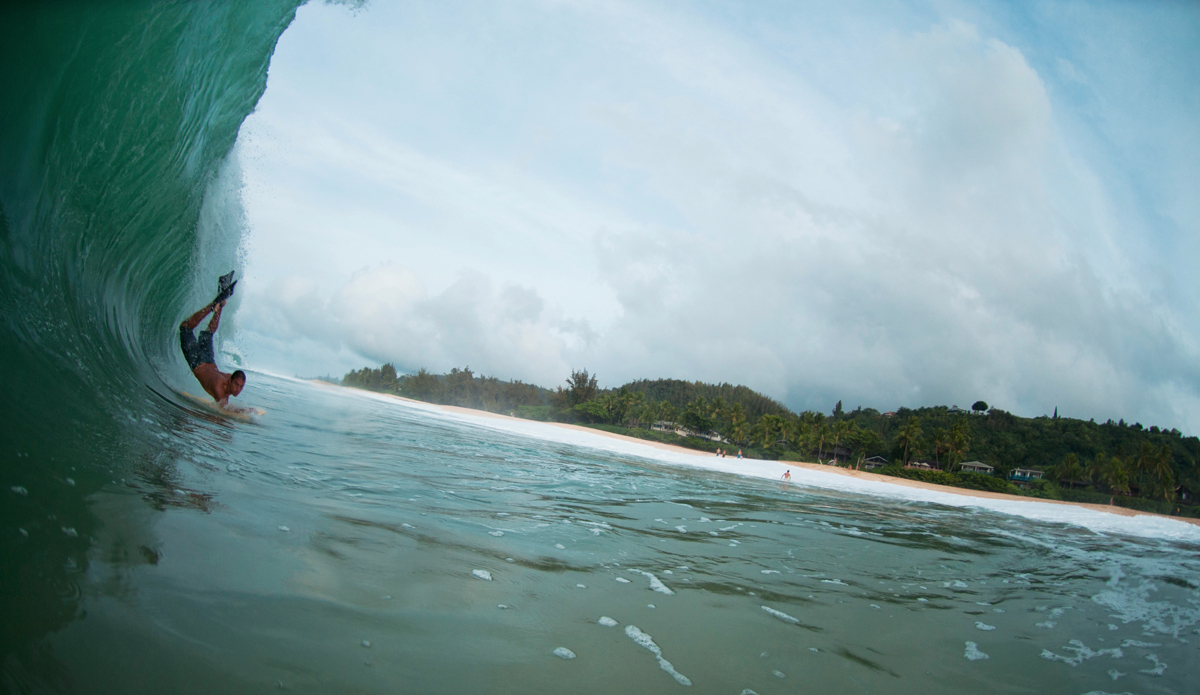 Scorpion Drop: This is me at Ke iki scorpion-ing in 2011. OTW and Pipe were a zoo (typical) so my friend Morgan and I went and pulled into some shore pound in front of Clark Little. Photo: Clark Little 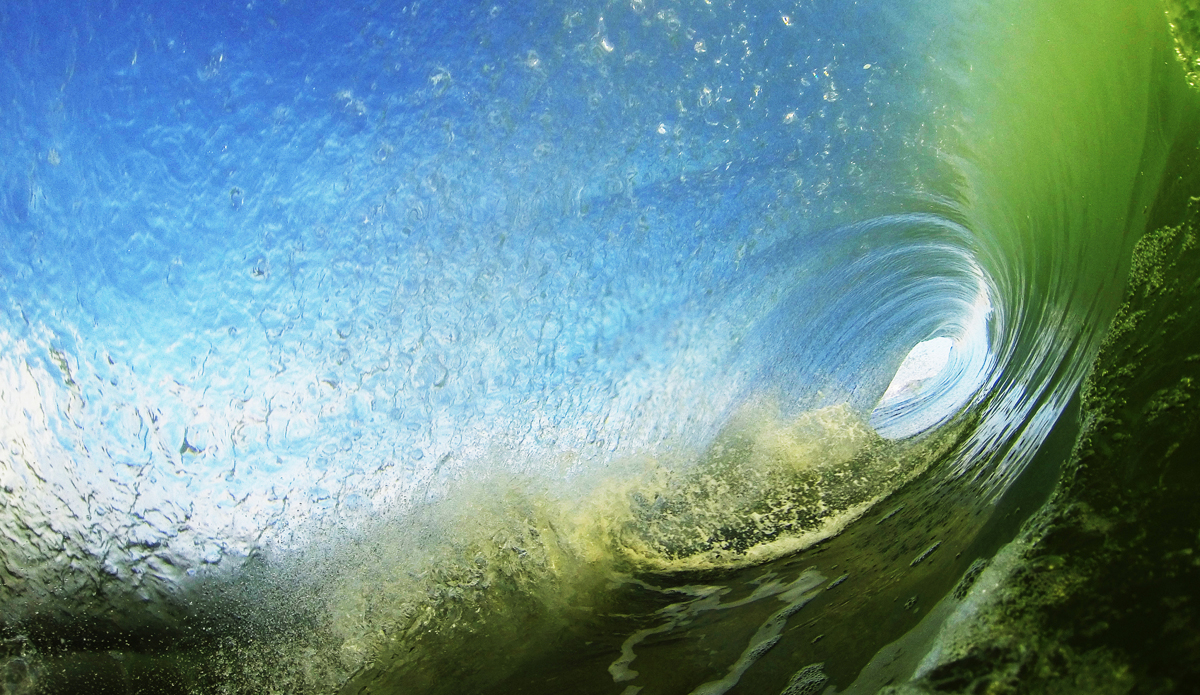 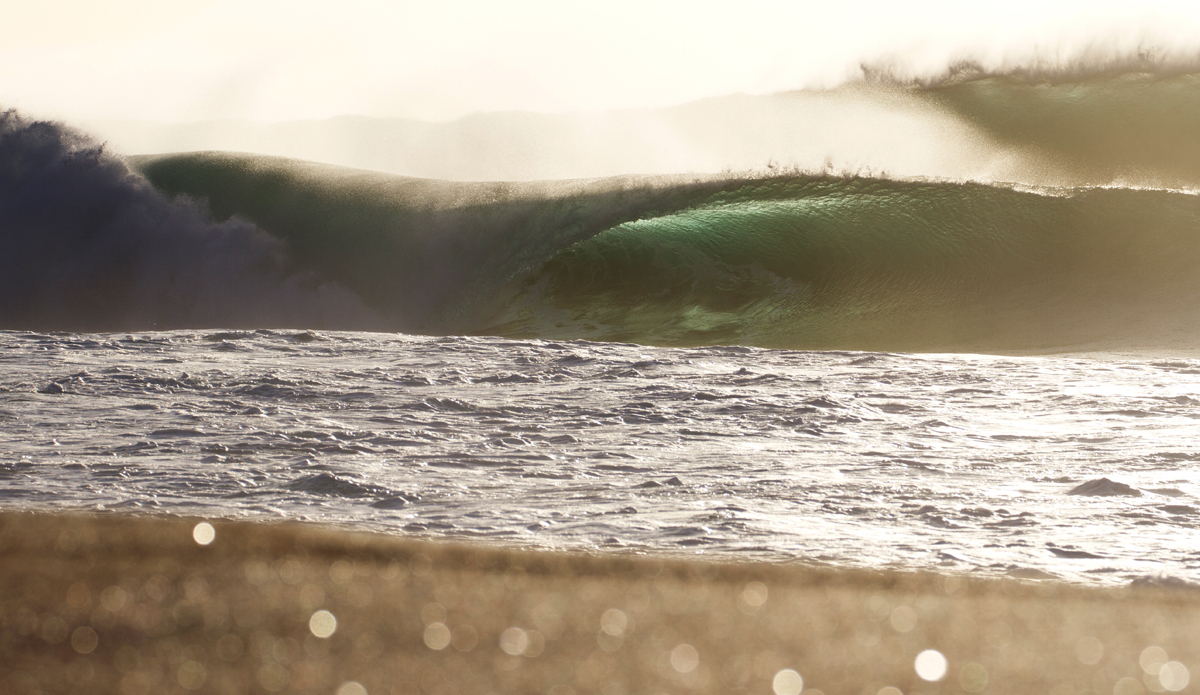 Spring Glitters: Pipeline at sunset has an infinite amount of possibilities. Here is one ... sand glittering and all. Photo: Evan Fa 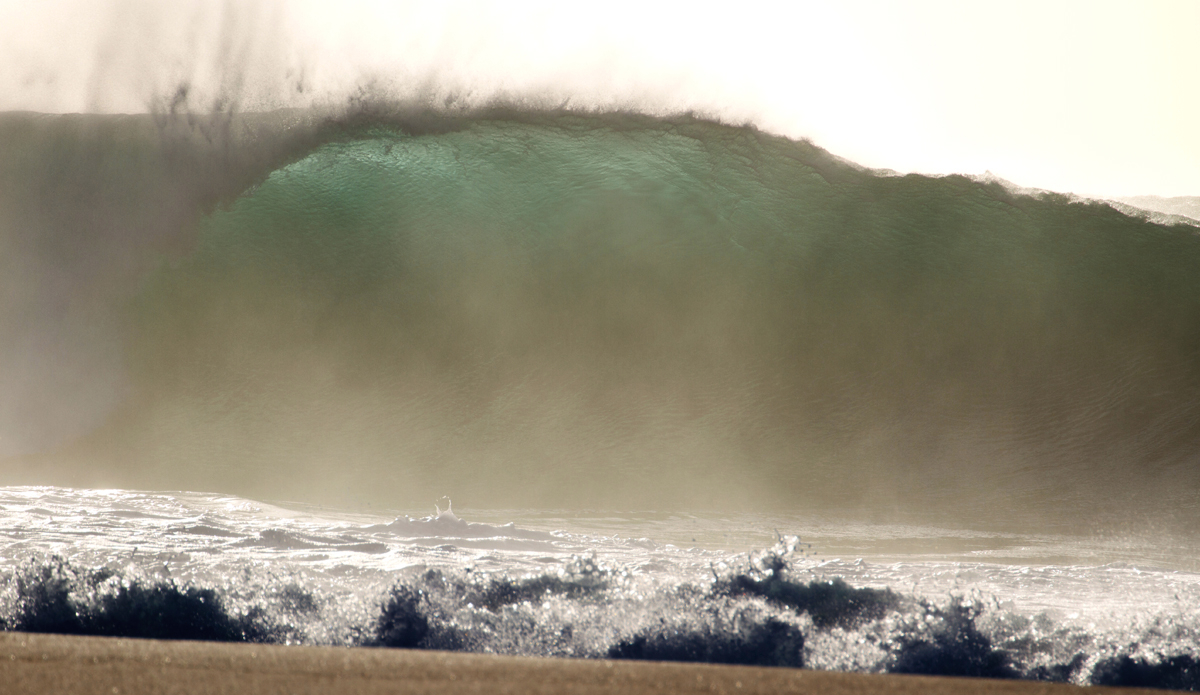 Standing Tall at Pipe: Pipe is the most coveted and hyped wave in the world. It’s all for good reasons, too. It’s the real deal. Something about being able to stand on the beach and see certain ones stand up would make even the tallest human on earth feel short. Photo: Evan Fa 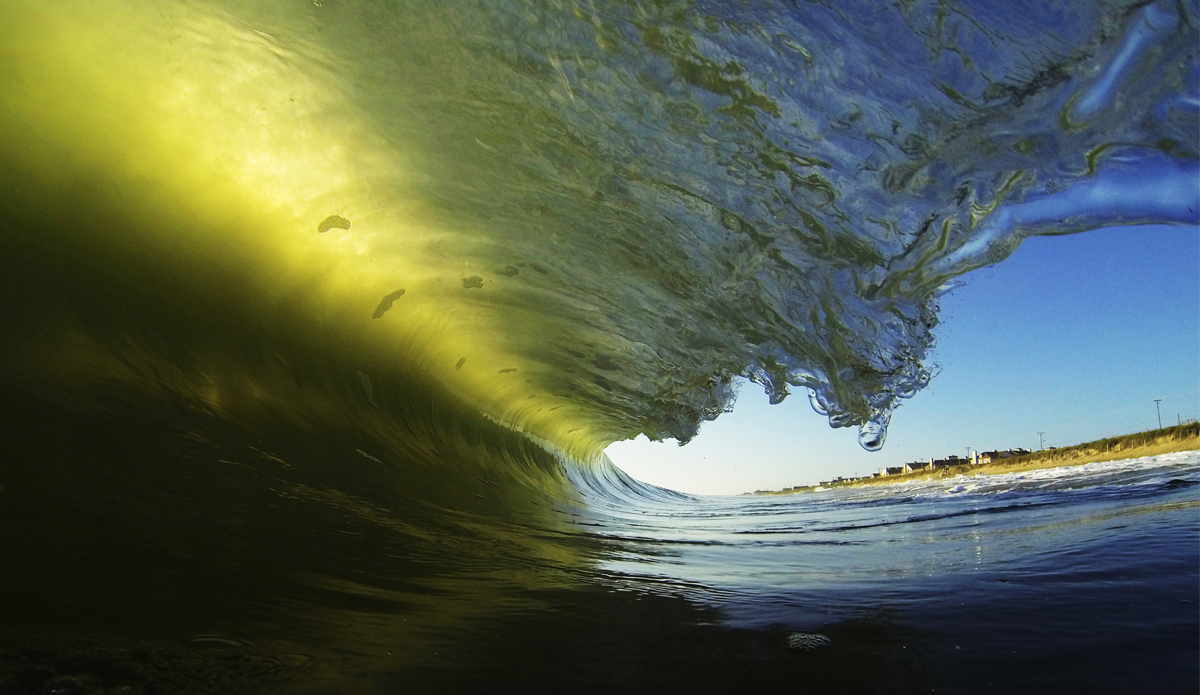 The Finger: If you look at a certain part of the lip, you can see what looks like a person’s thumb. I like this image for that and the fact that it gives you that feeling of riding a wave. Photo: Evan Fa

The ocean is passion at its finest. My life seems to be absorbed by it. So when it’s not near, it’s as if something is missing — because something truly is.

My passion for the ocean has determined my life path… where I went to college, where I have lived and will allow myself to live, and the type of woman I wanted and, luckily, have married and love to this day. In other words, the ocean is a priority. Not numero uno (because, let’s face it, there are more important things), but very much near the top.

I’ve been fortunate enough to not only live in and surf some different places, but to shoot them. While memory is a powerful tool, it really does something more for you when you are able to look back at the past through moments you’ve personally captured. It makes memories more intimate, even embellishes them a bit. I figure that, in time, I won’t be able to play around in the ocean the same way I do now because of different life responsibilities and just getting older. So I might as well have some moments from the past to show for it.

Whether people like the moments I’ve taken with a camera or not doesn’t really matter to me. I suppose that mentality comes from the fact that I’m a bodyboarder, first, and photographer, second. I’m used to not listening to what others tell me is cool. Instead, I just do what I like to do because I like to do it. Because I think it’s cool.

To me, that is passion. When you do what you like to do because you like to do it. Not because other people are telling you it’s this or that. I suppose the ocean is kind of like that, too. It does as it will… doesn’t ask for permission, doesn’t asked to be accepted by anyone. That’s why having a passion for the ocean is truly a healthy thing to live for and be absorbed by.