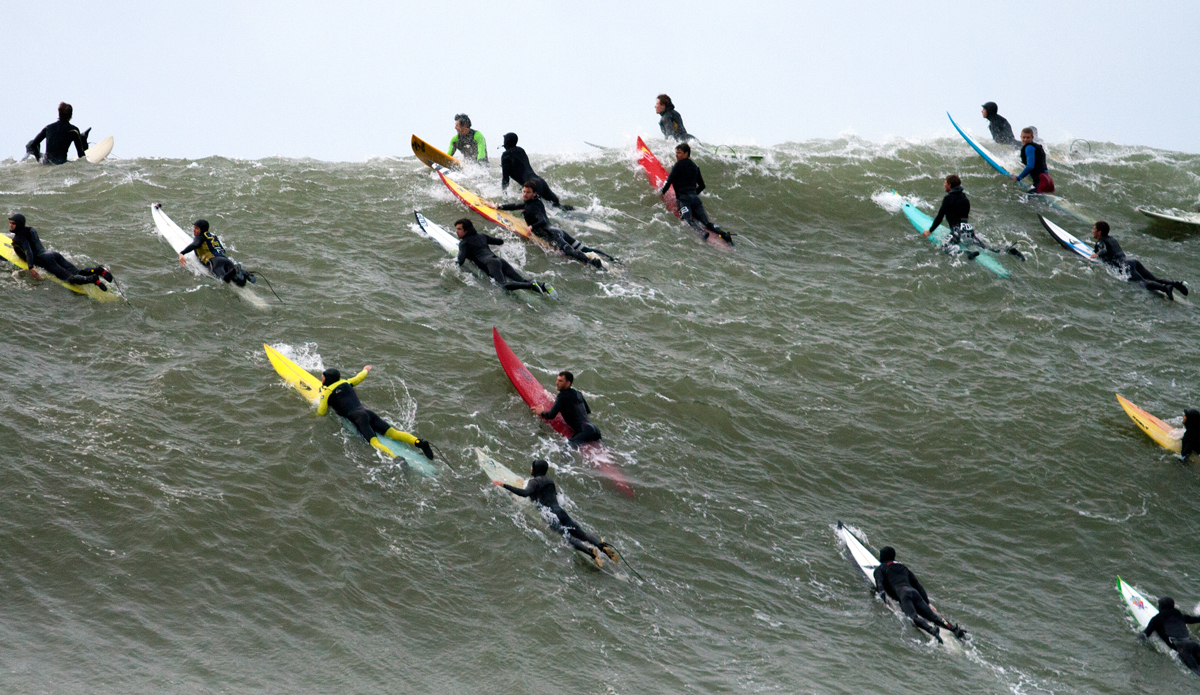 Cartel Management, the company that manages the Titans of Mavericks event, is being sued. Photo: Shannon Marie

Cartel Management, the organizers of Titans of Mavericks, have been accused of setting up a fake website and email address to ruin the reputation of a local activist who made obtaining the 2015-2016 Titans permit difficult.

A lawsuit seeking $250,000 filed by John Ullom on Friday alleges the fake website “contained numerous derogatory and libelous statements” and made Ullom appear guilty of committing a “misdemeanor crime” and that an investigation found that “the site and email were created at a business incubator used by Cartel.”

Ullom and his brother Dan are the founders of Citizens Access TV, an independent show that films Half Moon Bay City Council and San Mateo County Harbor District meetings and “often edit them with quirky and sometimes disparaging content,” according to local news stories.

The scandal-plagued Cartel Management recently submitted plans to include women’s heats in the 2017-2018 season. That development came after a group of elite female big wave surfers made an official plea to the Coastal Commission after a decade of asking Cartel for inclusion.

The event will hold its opening ceremony this Friday, with event window opening November 1 and closing March 31.