There are so many great, absurd things about this short Baz Luhrmann made for Chanel. But what takes the cake for me has to be the Cloudbreak-esque barrel Gisele Bündchen pulls into before running ashore to her Hamptons-esque house (otherwise similar to the mansions the megarich of New York summer in). It’s hard to say exactly what wave that is, though.

Obvious use of green screen aside (unless Kelly Slater really gave her enough pointers to put her on his level…which just isn’t possible), the editing team seemed to have a little trouble getting the proportions rights — she’s looking rather tall on that seemingly sizable wave. And remember how we were asking for a couple hard cutbacks? Go to the 0:48 mark and lay your eyes on her response. Whatever criticisms I have, in the end I’m simply jealous of this fictional setup she has going for her, troubled love life or not. 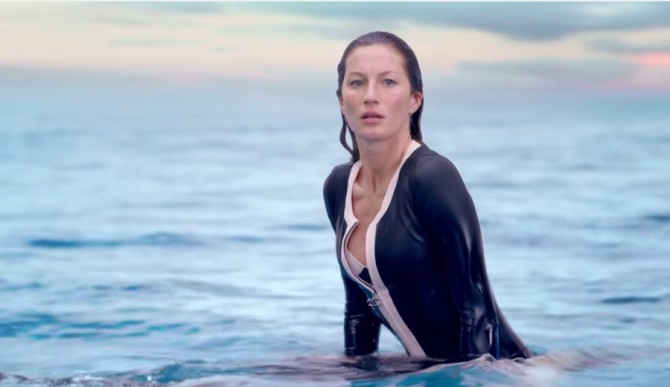 Also, is that a weird, minimalist take on “You’re The One That I Want” for the soundtrack? Given the title of the short itself, I suppose it is. Have to admit, I very much prefer the Olivia Newton John-John Travolta version. Though that may be my childhood nostalgia kicking in. I’m not really down with the kids these days. 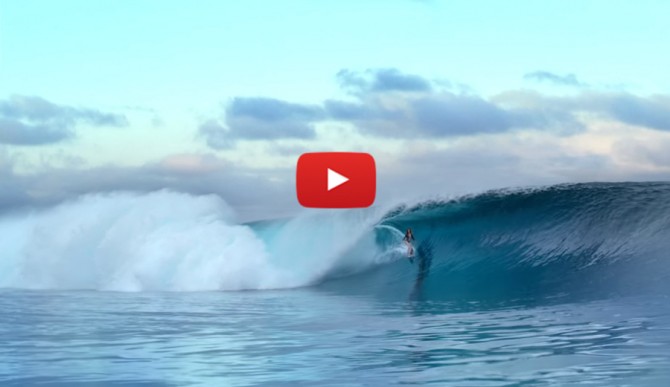