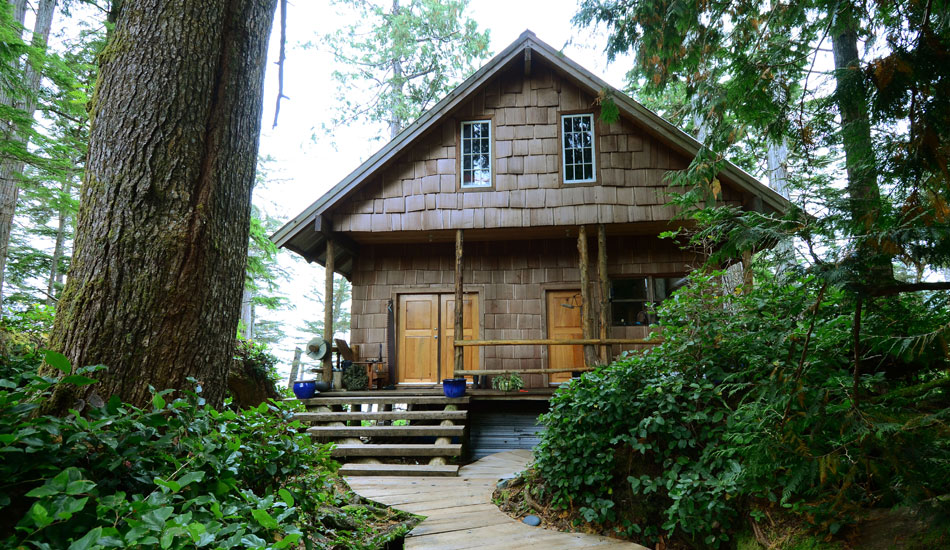 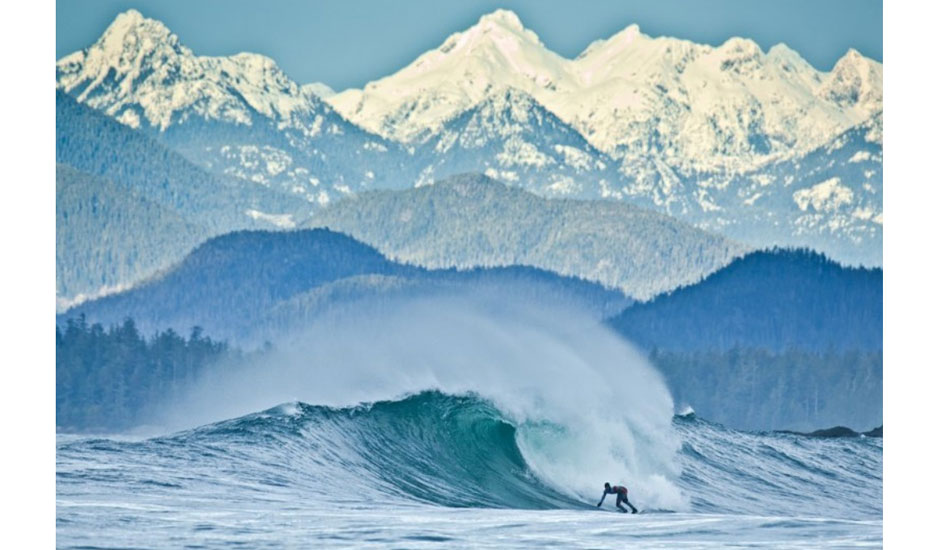 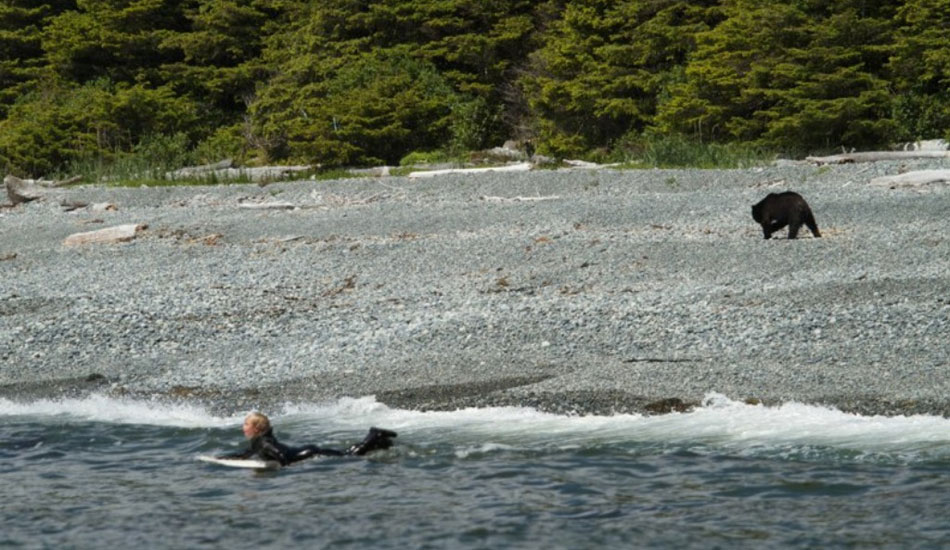 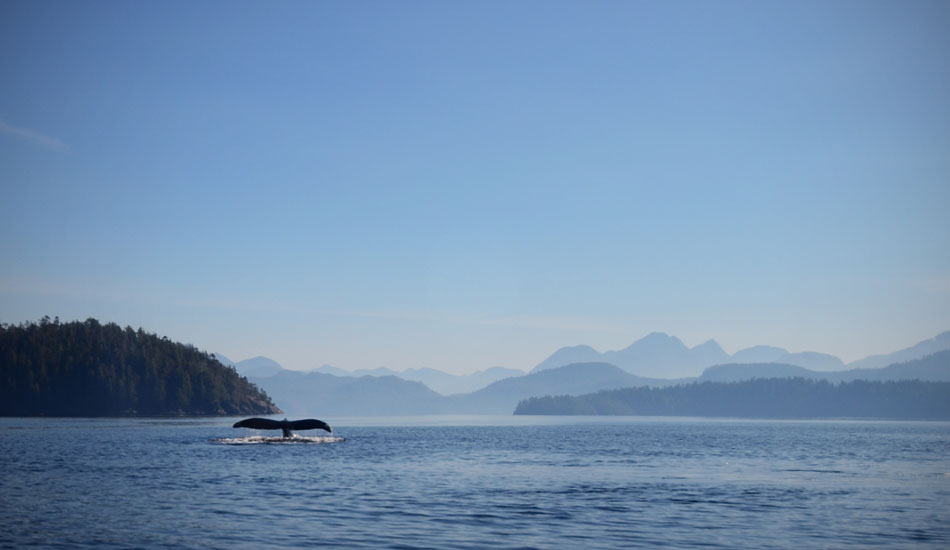 It's scenes like this that make this area so amazing. Photo: Ocean Shine

Living in the city, it’s easy to develop an inflated sense of my ability to survive in the world. After weeks of planning, two friends and I load up our truck and steer it northwest. We have travelled and surfed together countless times before, but this trip takes us deeper into the wilderness than we’ve ever been.

As the paved roads turn to gravel, the clear cut logging becomes more and more visible from the road. Smart phones become obsolete, and are are substituted with written directions and a back-roads map book. We park our truck along the edge of the inlet and replace it with a 22-foot aluminum fishing boat. Hundreds of coho salmon circle the dock as we tie down our surfboards. The boat glides along the calm water of the sheltered inlet. There is a pause in the action as we wait in silence to watch a humpback whale swim by, only to let out a loud cheer when it raises its tail in the air. On arrival, we tie the boat down to the dock and drive a 4×4 down more logging roads to a cabin on the exposed western coastline. Although I am still within the borders of my own province, I feel as though I’ve landed on another planet. Waves wrap into the bay out front and roll onto the beach where bear, deer and wolf tracks outnumber human footprints. The commotion of the city has faded and my sense of self-sustenance has withered away.

The Pacific Ocean may be cold and uninviting along the coast of British Columbia, but it provides a backdrop for some of the most beautiful and unique surfing in the world. Surfing has grown in popularity in BC, especially in easily accessed coastal towns like Tofino. However, beyond Tofino lies an abundance of pristine coastline and high-quality waves.

The problem is you cannot simply drive your car up to the beach. Traveling to these locations is difficult and is usually done by boat. The west coast of Vancouver Island is known for its capricious storms and it takes an expert to navigate the coastline safely. This is why Tatchu Adventures and professional surfer Raph Bruhwiler have created a wilderness surf camp.

Located on Nootka Island (off west coast of Vancouver Island), Tatchu Adventures hosts its visitors in an “Eco Surf Village” consisting of a cabin tucked into the coastal rain forest and two tree houses on the beach-front that serve as sleeping quarters, all of which are constructed from local fir and cedar timbers. It is the only wilderness surf camp of its kind in Canada, and although it is physically isolated from civilization, it has electricity, internet and hot showers to help weather the storms of the Pacific Northwest.

The surf village is close to several uncrowded, world-class waves that attract pro surfers from around the world, many of whom choose Bruhwiler as their guide. Bruhwiler grew up in Tofino and has been surfing and exploring and along the wild coast of British Columbia his entire life. There is a wide variety of waves in the area and Bruhwiler knows which spots are breaking the best and which conditions are a good match with your skill level. Tatchu Advenures also caters to first time surfers who want to learn or anyone who is passionate about discovering the rivers, waterfalls and wildlife on Nootka Island with a local expert as a guide.