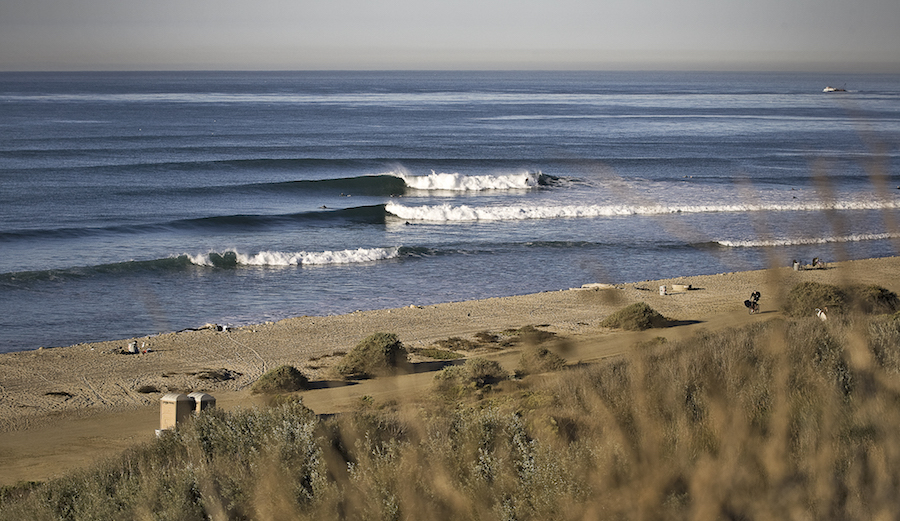 Amid speculation of an athlete vote on whether to keep the Freshwater Pro on tour next year, public records obtained by The Inertia indicate that either way, the World Surf League will not be returning to Lower Trestles in 2020 to revamp what was formerly the Hurley Pro Trestles.

Ever since the League made the decision to scrap Lowers from the men’s and women’s Championship Tours in 2017, surf fans, especially California surf fans, have been pretty bummed, to say the least. Mostly because that means the only option to watch a CT event live in California (now that the US Open is no longer a CT event for the women) is to buy a ticket to the Freshwater Pro deep in Central California farm country.

With waning interest in that event, the timing would seem perfect to revive one that’s consistently been a favorite among fans and athletes. But, according to records furnished by California State Parks’ Orange Coast District, only two events have filed the proper paperwork to run an event at Lowers next year: the West Coast Board Riders Championships billed for May 9, and the USA Surfing Championships scheduled for June 20-25.

The WSL would not comment directly on the specifics of the 2020 schedule, but also had no point of correction with respect to our findings. Additionally, in past years the League has released its schedule anywhere from September to November. That timing would make gaining a Trestles permit in time to fit it into next year’s schedule virtually impossible at this point.

Being an Olympic year, it was always likely that the World Surf League’s CT schedule for 2020 was going to need to make concessions to accommodate a major third-party event smack dab in the middle of the schedule. In an interview with our own Joe Carberry on the sidelines of this year’s Freshwater Pro, Kelly Slater hinted as much. When asked if the event would stay on tour next year amid rumors of an athlete vote, Slater said: “I honestly couldn’t tell you because we’re budding just up to the backside of the Olympics next year and they have to figure out Teahupo’o so I don’t know if dates are going to move around and of course it comes down to how well it does selling tickets and paying for itself through sponsorship. I’m not in on those conversations.”

In truth, if next year’s CT schedule were identical to this year it could conceivably still work. Things would just be tight on the front end. According to the Tokyo 2020 website, surfing’s Olympic debut will occur over four days between July 26th and August 2nd, depending on conditions. This year, J-Bay ended on July 22nd and Tahiti began on August 21. Expecting a slew of athletes to be at fighting shape come Teahupo’o after enduring one of the most high-profile events of their lives is a big ask, though. It’s feasible but unlikely.

Another wrench is due to the eligibility requirements laid out by the International Surfing Association and the International Olympic Committee: CT surfers are obligated to attend and compete in the upcoming 2020 ISA World Surfing Games – the date and location of which are yet unknown, but presumably the event would take place before the CT kicks off in April. If not, that only further complicates scheduling and likely means an event or two will need to be axed in 2020.

The inclusion of the Freshwater Pro (and previously the Surf Ranch Pro) over the last two years has clearly come at the expense of an event at Lower Trestles, which has historically taken place in September. Given fans (and some athletes!) showed themselves, especially this year, as being generally lukewarm on the Surf Ranch event, one would think that an event permit at Lowers would be good to have in the back pocket. But, whatever happens with the Surf Ranch, Lowers ain’t coming back in 2020. That a CT event in California, surfing’s epicenter in the mainland U.S., would either happen at an artificial wave or not at all should give us pause.