Where Are All The Other Surfer Girls? 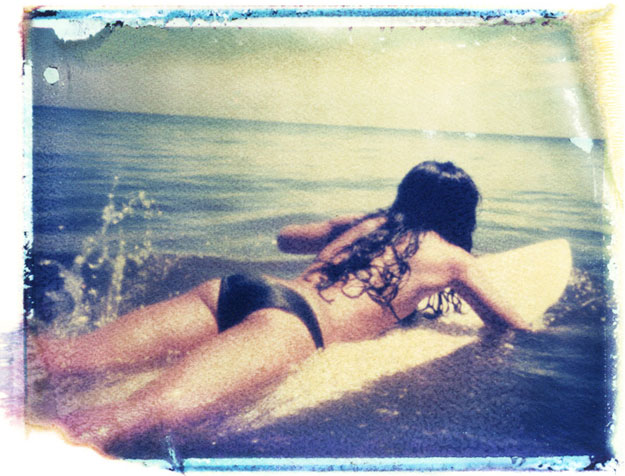 Where have all the girls gone? Image: Schwartz

I just returned from another amazing solo surf trip. After talking with a South African surfer there, he pronounced me a soul surfer. I’m not sure if I agree with his label for me. I do know that my need to surf other destinations outweighs the need to have someone by my side to do it. This is not to say that I haven’t enjoyed surf trips with a friend or a significant other. This is to say that having someone by my side is not a requirement before I decide to go on a trip. I know there are other girls who also feel this way, but why do I never see them?

People are busy and with different priorities. I like to go to places as under the radar as possible, whether near or far. A lot of times this means some tricky logistical maneuvers, and in this busy world, I recognize that some would rather just fly and have their wave immediately at the ready. Also, since I am not gregarious by nature, I enjoy meeting foreigners and locals, but I equally enjoy the chance to have solo sessions in amazing new locations. One has to be okay with solitude on multiple levels to be okay with the far-fetched solo surf adventure.

I often see other solo travelers, and to date, all have been guys. I have met guys from many nationalities on their own solo adventures, but I have yet to meet a fellow girl solo traveler. I know they are out there, but this makes me wonder if there are so few surf girls traveling alone that we never run into each other? Talking to friends on the subject, two plausible options have come up to explain this. Girls tend to be more social creatures that might prefer to do their surf travels with company. Otherwise, maybe if they do fly solo, they are choosing more easily accessible breaks, whichare perceived to be safer.

I do admit that when traveling solo it can be awkward. Handling one’s own gear is the first practical obstacle. If you crave distance, as I do, trips usually entail multiple legs to navigate. Even if you travel closer, like my recent trip to Nicaragua, being able to handle and load your gear on a variety of vehicles – be it planes, cars, boats and motor scooters is a must. I had to learn to travel light and to choose which boards to bring. Whether it’s arriving in Jakarta and being swarmed by touts upon disembarking or hitchhiking the dirt roads of a foreign country lacking strong infrastructure, carrying your load with ease is a must. When arriving in a country where touts are in the airport, they will immediately accost you. I’m sure this is true for guys as well but for a girl alone, they can be unrelenting. I had to learn who to accept help from and to do so firmly and with confidence.

The bro network is international and a tough nut to crack. Not that I wish to be a part of the network, but there is valuable knowledge there. There is no bro-hookup as a surfer girl traveling solo. It doesn’t matter that I’ve been surfing for over a decade, my home break has sharks and is challenging or that I’ve traveled to multiple continents for waves, I’m still a girl in the surf and treated as such. If I were a pro girl surfer would it be different? I’m not even sure.

When paddling out at a new spot, when it comes to getting information about waves in the area, getting the better waves, it feels like I have to prove myself first. This is a sticky situation if you travel to some foreign breaks that might be considered challenging. When you paddle out you may not be just the only girl but sometimes both the only girl and the only American. As this might be true for guys as well, it’s more of an anomaly to see a lone girl surfer. When it is time to take that first wave, you may be representin’ a lot, best not fail. It’s thoughts like these that friends tend to say to me, “It’s only surfing” and my answer, “Whatever, it’s true.” Foreign breaks whether at home or abroad can be complicated fields to negotiate. As a girl, the first wave you take – all eyes are on you – whether you want to admit this or not. You must nail it and you must be able to handle your board. After that, you can relax, but if you miss the first wave, your odds of getting additional waves will decrease. Surfers that I know are judgmental by nature and very judgmental when it comes to girls in the lineup.

As with any new break, following standard etiquette ingratiates you into the lineup. I have found that if you charge and surf your waves well, you will be promoted. I am more introverted by nature and people always say to chat your way through the awkward beginning of a surf session in a foreign locale. For me, that just doesn’t happen, as much as I wish it would. I quietly sit and take the scraps but I always end up advancing.