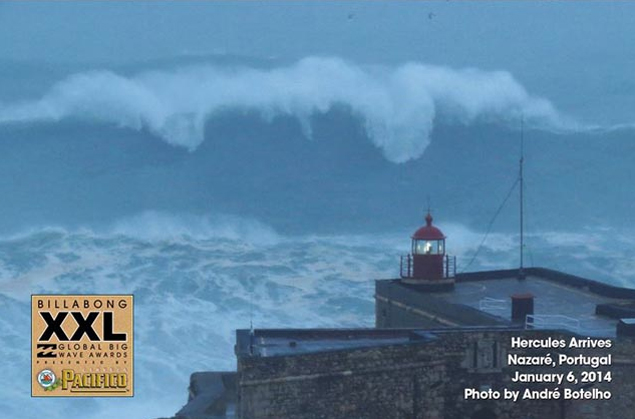 Residents anywhere along the west coast of the Europe and North Africa are bracing themselves for a storm of titanic proportions. Dubbed Hercules, the winter storm pounded the U.S, leaving in its wake a swath of record setting cold snaps and an estimated sixteen storm-related deaths. Now it’s making its way across the Atlantic, pushing enormous waves into Europe and Africa. “The biggest storm I’ve seen on the maps,” said Maya Gabeira via Twitter. And she’s not the only one saying it. Many in the wave predicting community are saying this is a swell of unprecedented size – bigger even than last year’s St. Jude’s Storm that almost killed Gabeira at Nazaré. 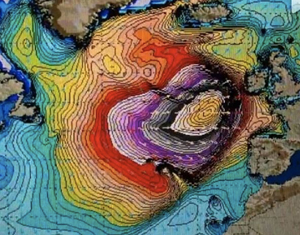 Yes, that’s gold in the middle. A rare sight on a forecast.

The first massive pulses from Hercules began hitting coastlines early this morning, and photos from Ireland to North Africa are filtering onto the internet, showing larger and larger waves. Surfline.com forecasting models are calling for seas in excess of 50 feet as the storm makes landfall.

“Since Portugal was hit with giant waves from the ‘St. Jude’s Storm’ in the last week of October, the Atlantic Ocean has experienced what I would consider the most consistent string of radical storms seen in the modern era of big wave surfing,” said Bill Sharp, Event Director of the Billabong XXL Big Wave Awards in a press release. “Especially in the last month, it’s been one huge swell after another and the parade of big wave images we have seen coming in from Ireland, Portugal, Spain and France is just unprecedented. And now, what may be the biggest swell of all is brewing out there. It’s an exciting time for anyone who follows big wave surfing.”