Growing up inland from the beach, Donavon Frankenreiter was raised under supportive parents who encouraged his childhood activities, which ranged from BMX to skateboarding. He received his first surfboard at age 10, the natural footer surfing all along the Southern California coast. On a surf trip six years later, a buddy taught Frankenreiter three chords and he was hooked. Clapton and Hendrix came first as musical heroes. His surfing led him to Hawaii, where he rented a house from the parents of another surfer-musician on the rise, Jack Johnson, near Pipeline on Oahu’s North Shore. He and Johnson forged a friendship, surfing and helping the other learn guitar into their late teens. 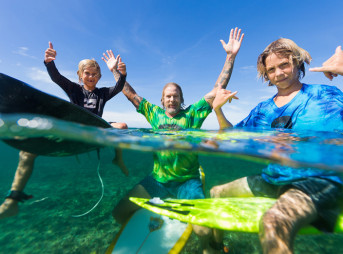 The Frankenreiters Love The Maldives 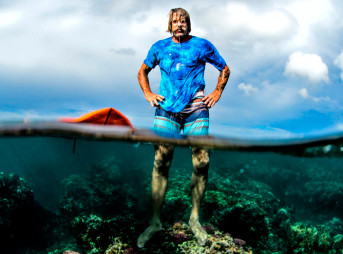 Surf With a Pro: Donavon Frankenreiter in Indo