After spending his teen years surfing the shark-infested waves of California's Sonoma Coast, Gabe returned to SoCal where he was born and discovered the marriage of science and art that is modern cuisine. He spent years working in fine dining in Orange County before deciding to open his own beachside haven where he could marry his passions for food and craft beer with a laid-back attitude that all surfers can appreciate. In 2011, Beachwood expanded with a second location in nearby Long Beach and, last October, beers made at the on-site brewery helped it become the Best Mid-Sized Brewpub of The Year at the country's largest beer competition. 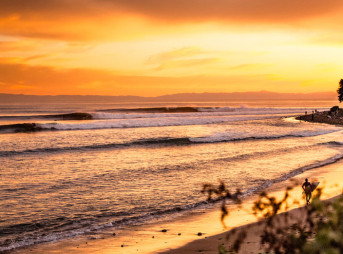