John Foss has been surfing and making films for over 30 years. He has produced a number of award winning Indigenous short films including HARRY'S WAR and NO WAY TO FORGET which screened at the Cannes International Film Festival. He works from a home base in Torquay, Australia near the iconic Bells Beach. John has produced a number of videos at Bells Beach highlighting environmental and social issues. John is a Life member of Surfrider Foundation Australia. 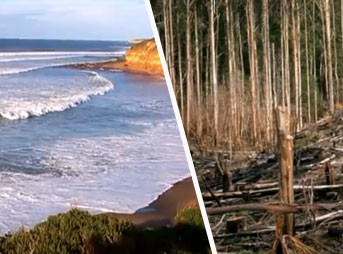