I graduated in Joint Honours Botany and Zoology at the University of Bristol in 1981, and then progressed to doctorate research at the University of Oxford (St John's College), investigating the 'Ecology of Temperate Symbiotic Anthozoa'. In 1985 I moved to a NERC funded postdoctoral position at Bangor University, School of Animal Biology, where I investigated the 'Behavioural Ecology of Shoaling Fish' and specifically the 'Twilight Hypothesis'. In 1987, I transferred to the School of Ocean Sciences to take up a 5 year Research Demonstratorship in Marine Biology. I was Course Director of the MSc in Marine Environmental Protection for 22 years between 1989 and 2011. I developed research interests in mapping coral reef biotopes, Environmental Impact Assessment, Marine Protected Areas and Coastal Zone Management. I became a permanent member of staff in 1990, Lecturer in 1993 and appointed to Senior Lecturer in 2000. I was awarded a University Teaching Fellowship at the Graduation ceremony in 2007, and won a Bangor University Research Impact Award 2015 and received a personal Chair in 2016. I have over 30 years of experience in a wide range of temperate and mostly tropical projects involving coastal habitat survey, Marine Protected Areas (MPA), Environmental Impact Assessment (EIA), and Integrated Coastal Zone (ICZM). He has undertaken large-scale biological surveys for UNDP-GEF Projects on Sustainable use of Biodiversity of Socotra Archipelago, and Coastal Ecosystems of the Andaman Islands, and EIAs for major industrial developments (eg. LNG terminal, Oman; effluents, Mauritius). His research advances techniques for integrating spatial biodiversity data in marine systems for the purpose of assessment of state, for establishing Marine Protected Areas (MPAs), and for long-term monitoring and investigating change. He is a field biologist, experienced in manipulative experiments, survey and monitoring on coasts and underwater, and the management of scientific diving operations, and current interests focus on MPAs in the UKOTS, especially the British Indian Ocean Territory (Chagos Archipelago) and Cayman Islands. 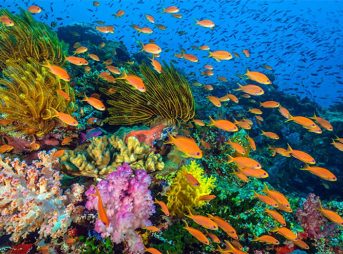