Layne Beachley is widely regarded as the most successful female surfer in history--the only surfer, male or female, to claim six consecutive world titles (1998-2003). Layne then went onto win a 7th world title in 2006 before retiring from the ASP World Tour in 2008. She was also awarded the 2004 Laureus Alternative Sports Person of the year, 2006 Surfing Hall of Fame inductee, was a 2011 Sport Australia Hall of Fame inductee and ISA World Masters Champion, and an Athlete Liaison Officer at the 2012 Olympic Games. Layne’s unwavering commitment to success has seen her awarded on the world stage. Earlier this year, Layne was recognized as one of the top 10 most influential surfers in Australia (The only woman to grace the top 10) and awarded #3 greatest Australian female athlete of all time behind Dawn Fraser and Betty Cuthbert. 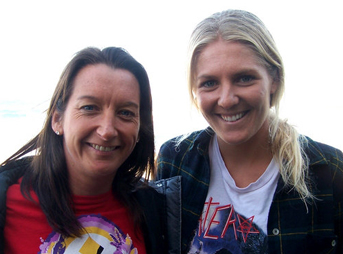