Markus is the founder of Routes of Change, a human powered circumnavigation of the planet supporting leaders of positive change. He has served at an alpine teahouse, worked as a Puma trainer in the Bolivian Amazon, a Silviculturist in British Columbia, and a Wildfire Suppression professional across Canada. In between traveling adventures he made the time to study Documentary Film Production at Capilano University in order to share the stories of the inspiring people of the planet. Markus believes in impossible things on a regular basis. In 2012, he asked some ocean rowers if they needed help and then proceeded to row around Vancouver Island and then across the Atlantic Ocean, 3000 miles, from Dakar, West Africa to the Bermuda triangle where they capsized after 72 days at sea. Born and raised in Toronto he was, until recently, based near the beach and his nieces in Tofino, BC, Canada. 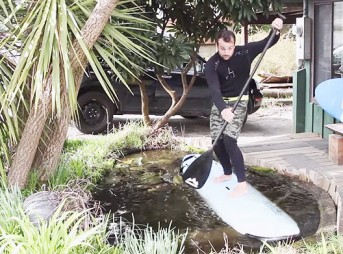 Stand Up Puddle Boarding is the Future of Watersports