Born in New Hampshire, Rich grew up in the mountains and on a snowboard. At the age of 16, Rich moved to Northern California where he continued his love for the outdoors in the mountains around Tahoe. When Rich moved to San Luis Obispo, Ca to addend Cal Poly for Industrial technology his love for the ocean and surfing was born. By the end of college, his teachers would know if there was a swell cause his seat in class would be empty. Rich finished his B.S. at Cal Poly, to return the next fall to get his M.S. in Industrial and Technical studies. Once Rich finished college, he got a manufacturing management role at a factory in southern China, where he lived and worked for 2 years. Rich learned the Chinese culture and gained valuable business skills while living overseas. Upon returning to the US, Rich started an overseas manufacturing consulting and trading company, which he is still involved with today, that helps action sports companies with their manufacturing needs overseas. In early 2012, he was recruited by Hydroflex Technology to come on as their CEO which has been his main focus since that time. Hydrofex Technology is an alternative construction manufacturer of surfboards and skate decks. They have developed new constructions for both of these boardsports that use their patented 3D bonding process. Rich is a constant figure in the board-building world and has acquired licensing for many of the top shapers around the world to build the distribute their boards in the Hydroflex Technology. 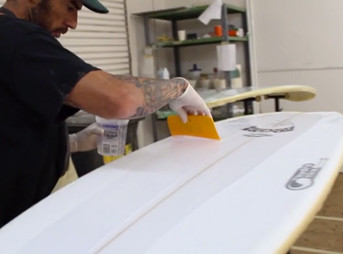 Know Your Surfboards: An Intimate Look at What’s Under Your Feet 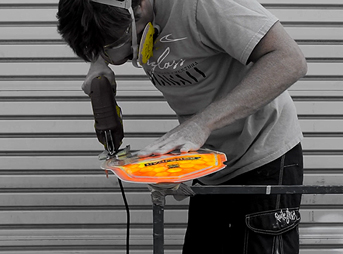