In the world of professional snowboarding, Scott Serfas is one of the most prolific photographers on the scene. With over 20 Transworld SNOWboarding (TWS) covers to his credit and countless pro athlete careers launched through his lens, to say Serfas is influential on the snow scene is an understatement. His success hasn’t just been in the snow universe. In the past year Serfas won the Illumination Category at the 2013 Red Bull Illume photography awards, the most prestigious in the action sports world. In 2012 his photo of Devun Walsh was named Commercial Photo of the Year by American Photo Magazine and a TWS Cover he shot was recognized as a winning photo in PDN’s (Photo District News) Great Outdoors Photo Contest. However, it was Serfas’ role as principal photographer for the highly acclaimed film “The Art of Flight,” that launched his snowy images onto the mainstream stage. - Michelle Leroux 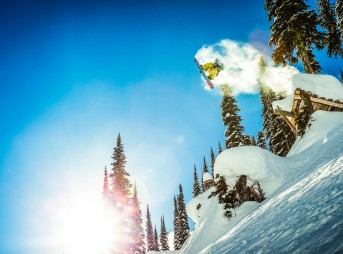 Send It: A Masterclass in Action Sports Photography