Award-winning photographer Stephane Lacasa was born in France in 1971. He moved to the North Shore of Maui (Hawaii) from the Reunion Island in 1990 . In the early 90’s, he made a name for himself in the waves of Hookipa as a professional windsurfer gathering prestigious sponsors such as Rusty, Neil Pryde Sails, Oxbow, and JP Australia. He has since ridden waves all around the world, from France to Tahiti to Japan. As an athlete, Stephane worked with some of the best photographers in the industry, which engendered his own passion for capturing unique and expressive images on film. His first camera in 1989 a Nikon F 600 Film. Stephane moved to the Island of Oahu in 2002, where he continues to pursue his passion for photography and provides camera water housing design consultation for longtime friend Phillipe Chevaudian, owner/founder of Liquid eye Water Housing Systems. 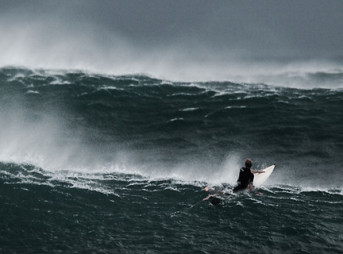