Terry "Simba" Simms is the owner of the Terry Simms Surf adventure travel guide company, an elite surf coach, a former professional surfer, and the Founder/President of KADU — a sophisticated line of boardshorts inspired by Indonesian textiles. Over the past four decades, Simms has had hands-on involvement with surf product design and development for legendary labels such as Gordon & Smith, Harbour, Rusty, Pearson Arrow, Third World Exotic, and Hotline Wetsuits. Known for his fearless style and attitude both in and out of the ocean, Terry Simms has starred in countless movies and print features, plus graced multiple covers for Longboard Magazine and The Surfer’s Journal. 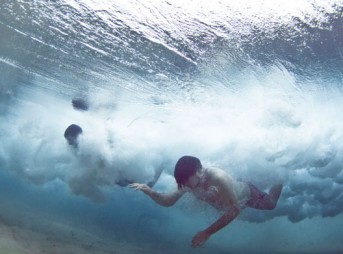 How I Rescued Three Naked Men From Drowning in Costa Rica