Tony Burrows grew up somewhere between New Zealand and South East Asia. He learned a few theories about the world at University and then set out to become a film-maker. Honing the craft of film-making has been a life-long passion: Tony has worked in music television in the UK and filmed wildlife documentaries for National Geographic around the globe. Back in New Zealand, Tony made the country's first 16mm snowboarding film and the first HDTV documentary about sailing icon Sir Peter Blake. Tony currently runs a boutique video production company called Motion Pacific which specializes in high quality branded content. He also grows a few veggies on three acres at Muriwai Beach near Auckland City with his wife, 2 kids, a dog and a longboard. 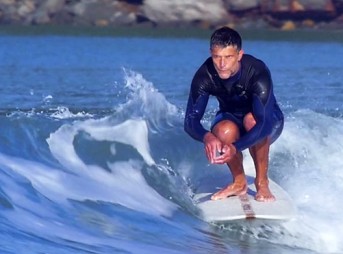 Re-Imagining Some of the Most Classic Surfboards of All Time