Viv Westbrook is a cultural historian, an Honorary Adjunct Professor in Human Sciences and English and Cultural Studies, and a Senior Research Fellow at the Oceans Institute, the University of Western Australia. She is also a member of St. John’s College, Cambridge, and the British Psychological Society. She is a British Academy Ph.D. graduate of the University of Manchester and holds Masters degrees in English Literature and Culture, Educational Psychology and Screenwriting. She has more than twenty years of teaching, research and publication experience in international academia, awards for outstanding teaching and research and a strong track record of international research funding. She has been invited to teach, lecture and present at universities across the world. She was an Associate Professor at Asia’s premier university from 2000-2006 and 2009-2016, where she designed and delivered numerous undergraduate and graduate courses in English Literature, History and Culture, from the Medieval period through to the present, Visual Culture, Literary Adaptation, Screenwriting and Dissertation writing. She has presented sixty original papers at international venues, produced sixteen peer-reviewed articles (five on-line), twelve peer-reviewed chapters and five peer-reviewed books in high-quality presses, Routledge, Palgrave, Ashgate, Brill, Oxford, Yale, Edinburgh and Manchester University presses among them. An experienced editor, she is currently the General Editor of the Routledge series on Humour in Literature and Culture and Oceans, Seas and Shorelines: a natural and cultural history. Her work as a cultural historian cuts across disciplines and cultures. She has published extensively on the afterlives of Early Modern texts, figures and issues across subsequent ages, cultures and media. Her current focus is on Critical Humour Studies and Environmental Humanities. Her most recent books are Humour in the Arts: New Perspectives (Routledge, 1 August, 2018) and Sharks in the Arts: from Feared to Revered (Routledge, 17 May, 2018). She is an archival researcher, which has, in the case of the latter work, involved spending considerable time in the oceans observing sharks at depth and close up in their natural environment. 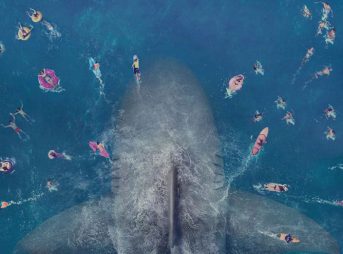 ‘The Meg’ is a Horror Movie, But Our Treatment of Sharks Is Much Scarier