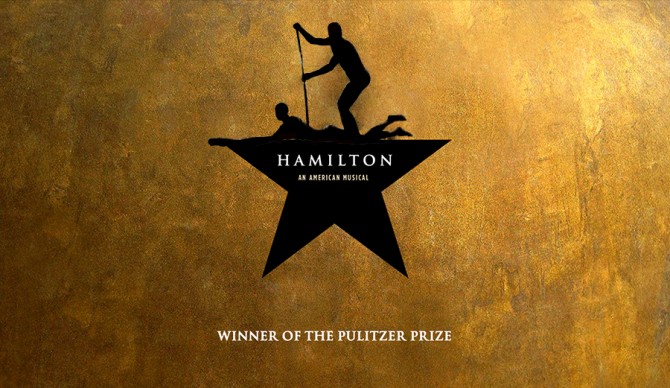 If you read Laird Hamilton’s biography on Wikipedia, it’s uncanny how many similarities you can draw between the surfer and Alexander Hamilton, the historical star of Lin-Manuel Miranda’s hit Broadway musical Hamilton. When I first heard Hamilton, I knew that Laird, another great Hamilton, deserved his own musical, just like Spongebob Squarepants. Please enjoy my rendition of “Laird Hamilton,” the opening song to (Laird) Hamilton: An Aquatic Musical.

Editor’s Note: Follow the lyrics below along with the original video (above). Uncanny. We are definitely on board with bringing this musical to Broadway.

[KELLY SLATER]
How does a bastard, haole, son of Joann and a
Zerfas, dropped out of high school,
Construction worker and a model,
Aggressive, an outsider,
Grow up to be the big wave surfer?

[BRETT LICKLE]
And every day while surfers were being judged and carded
Away across the waves, he became a “Moving Target”
Inside, he was longing for something to be a part of
The dude was ready to strap, dare, stunt and start-up

[MANU BERTIN]
On the set of Waterworld, Kevin Costner he feigned
Our man’s future falling like the crest of a wave
His Kawasaki Jet Ski, out of gas it drained
Drifted til he was rescued off the island main

[GREG STUMP]
After Groove got around, they said, “This kid is insane, dude”
30-foot leaps on sailboards along with his “Strapped Crew”
The man did a 360 loop, “What else is he up to?”
The world is gonna follow you. What’s your name, brah?

[JOANN]
Before he was one his father split, L.G peaced out
A few years later, see Laird and his mother beast out
Hanging with Hamilton, a shaper and bachelor

[COMPANY]
And Laird got a father when mamma married the glasser

[GABRIELLE REECE]
Started riding stand-up, his paddling got criticized
In 1995, he met the woman that would be his wife
A voice saying

[GABRIELLE REECE]
He didn’t start competin’ and invented tow-in, too

[KELLY SLATER]
There was so much
more to do. Decided
to strap his board to a
hyrdrofoil to get that
aerial
Went to Teahupo’o break, rode it like
a piece of cake. “Heaviest,”
they said, “ever-ridden.”
He was like “Are you kidding?”
Saved Lickle’s life like no
big deal [COMPANY]
Shot the Malibu pier like Shot
a thief tryna steal
Windsurfed fifty miles in six Windsurfed
Hours. With that signature Oooh…
Tan, Dude’s the ultra-aquatic
superman
In the ocean you can be a
merman

[COMPANY]
In the ocean you can be a merman

[WOMEN]
In the ocean–

We are waiting in the waves for you

You could never back down
You never learned to catch your breath!

Another outsider
Comin’ up from the bottom

Waiting in the waves for you

You never learned to catch your breath!

[BUZZY KERBOX]
I fought with him

[DARRICK DOERNER]
Me? I rode with him

[DUKE KAHANAMOKU]
Me? I preceded him

[GABRIELLE REECE]
Me? I love him

[ERICSON CORE]
And me? I’m the damn fool that ruined Point Break for him (and everyone).

[COMPANY]
There’s a million things I have done
There’s my wave!