Colin Farrell is an Irish actor that makes Hollywood blockbusters. And Colin Farrell is also a ski-bum chasing endless epic pow turns. An Eastcoast native, C. Farrell (the ski-bum) answered the call of the steep and deep by transplanting to Colorado, splitting time between Vail, Telluride and Colorado Springs. Eventually his wanderlust ways guided Senor Farrell south to Ecuador in search of, what else, enlightenment. Illumination was bestowed upon young Farrell in the form of a yearning to release his inner, unbridled ski-bum. Eventually the exodus presented a new, alien corner of powder Mecca: Mammoth Mountain, CA. With roots taking root in California's Eastern Sierra Colin satisfies his jubilant ski-bum cravings 9-ways-to-Sunday all the while building a career as a photographer/videographer. Some 10 years in the making, Farrell's mulitmedia production company, OPPcreative strives to inspire others to answer the call of their inner ski-bum or whatever other intrinsic passion that beckons them. 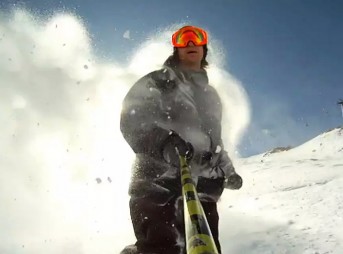