Dan Peppiatt was born in 1975, just outside of London, England. After a misspent youth of setting things on fire and skateboarding, he traveled to India which somehow led to him living in a derelict barn in France and then a river boat that kept sinking. He finally settled with his wife and home schooled kids on the Atlantic coast of southwest England after having broken so many bones skating that his wife decided it was time to swap concrete for water. Dan has been a teacher for many years, a fire artist for even more, has practiced yoga for longer than he can remember and meditation for less than he should have. He loves surfing in the frigid British winters because the waves are bigger and the crowds are smaller. He is currently writing a book entitled, "Soul Surfing: A Surfer's Guide to Yoga and Meditation." Dan can be contacted via www.yogatides.com 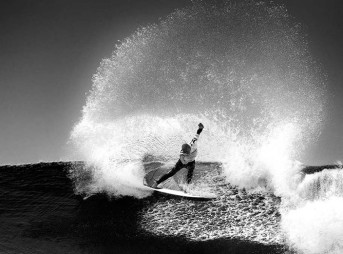 Why Is Surfing Special?