Iain Borden is Professor of Architecture and Urban Culture at the Bartlett School of Architecture, UCL, where he is also Vice-Dean Education for The Bartlett Faculty of the Built Environment, having previously been Vice-Dean Communications (2010-15) and Head of the Bartlett School of Architecture (2001-09). An Honorary Fellow of the RIBA, Iain has guided architectural education and research internationally, helping to write the QAA Benchmarking Statement for Architecture (2006-10), acting as a Strategic Reviewer for the Arts and Humanities Research Council (2011-12), evaluating refereed articles and book proposals for over 40 journals and publishers, as well as assessing research funding applications in countries such as Australia, Austria, Belgium, Canada, Germany, Hong Kong, Netherlands, Singapore, USA and the UK. As an architectural historian and urban commentator, his work has explored various interdisciplinary intersections of architectural history, cultural history, critical theory and urbanism. He is particularly interested in the ways in which urban and architectural spaces are experienced and perceived by people after the moment at which these spaces have been first constructed - that is, the various ways in which buildings and cities constantly change and evolve depending on their different uses and lives over many years and through different media. His wide-ranging research interests within architecture and urban culture are described below. A specialist on the history and practice of skateboarding, most recently he has also completed a history of automobile driving, urban experience and cinema, now being followed by new work on an experiential history of the buildings and spaces of London. He continues to research on skateboarding, and regularly consult and advise those wishing to engage with skateboarding and skateboarders. He operates extensively in the public arena, making numerous media appearances on the radio and television worldwide, while also curating and participating in exhibitions, debates, symposia, workshops and other academic and public events worldwide. Research by Iain Borden explores how architecture and cities are experienced and re-used by members of the public. Architecture and cities are crucial to how people live and society operates. Without homes, shops and parks, without offices, workplaces and airports, our world would grind to a halt. As a historian and theorist of architecture and urban culture, Iain is interested not just in how our cities function but also how they are designed, what they mean to people and how they are experienced. Ultimately, architecture is assessed by those who use it everyday, and so much of Iain's research is about how people not trained in architecture perceive the cities they live in. To do this, he has studied a diverse range of subjects and places, from Italian renaissance piazzas to surveillance cameras in shopping malls, from architectural modernism to recent postmodernism, from issues of gender and ethnicity in cities to the way architecture is represented in cinema and photography. In particular, he has completed an in-depth study of the urban practice of skateboarding, looking at how skateboarders adopt modern cities as their own pleasure-ground, creating a concrete wonderland with its own subculture of clothes, attitudes and actions. He has also extended this investigation into the world of automobile driving, looking at movies to explore how people’s experiences of the city from the car changes their engagement with architecture and urban space. Recent work explores how specific places and buildings in cities worldwide can be encountered through different kinds of social engagement, such as memory and risk-taking. 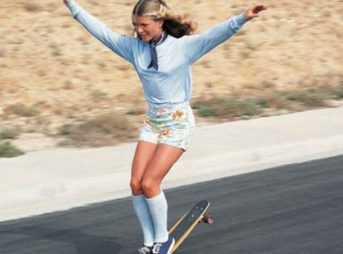