Better known in the European surf scene as “Pacotwo,” Javi Munoz graduated with a degree in Communications. He took pictures for eight years in the Basque region of Spain, then collaborated with Spanish surf magazines like Surfer and 3Sesenta Rule. Today, he’s been published in several European surf magazines, as well as American and Australian publications. His new project is called WE, a new project that’s just getting off the ground. 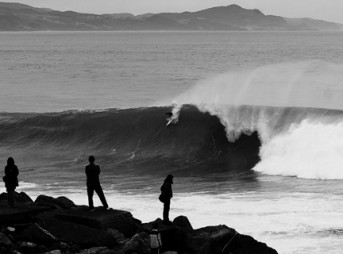