Kevin Zinger has been involved in the surf industry for 30 years. From being a sponsored amateur in his teens, Zinger realized he really wasn’t that good and back then people didn’t really like air surfers (dummies). So in his 20’s he started promoting for bands like Pennywise, Sublime, Sprung Monkey, and also helping with promotion and music for cutting edge skate and surf films like Taylor Steele’s early flicks (Momentum, Focus). His successful promotion company, SRH, eventually morphed into a full blown brand and sponsored some of the most cutting edge surfers in So Cal in the late 90’s/00’s like Jeremy Sommerville, Justin Matteson, Joe Crimo, Eric Mchenry, and Zach Rhinehart. Since those early days, Zinger has always stay rooted in the surf/skate world but also keeps busy running his different businesses, including an art gallery in Santa Monica called Buckshot, multiple clothing brands (SRH and Battle Axe), a successful record label and management company (Regime) that works with 30+ artists including Everlast, Dilated Peoples, Black Uhuru, Common Kings, House of Pain, Madchild, Muggs of Cypress Hill and legendary graffiti artist Risk. Zinger currently resides in Malibu with three rescue dogs, a bitchy cat and a sweet Impala. He hopes that one day surf movies will stop playing that terrible crap music and bring back Slayer and NOFX. 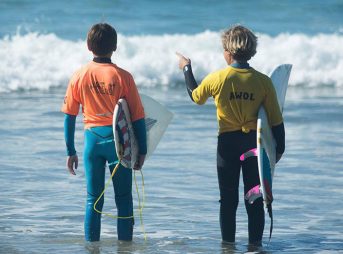 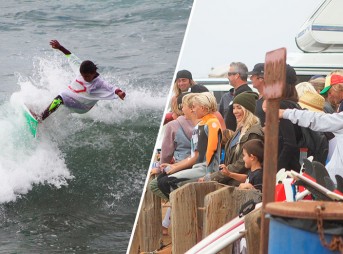 The County Line “Not So” Classic: This is How Surf Contests Should Be