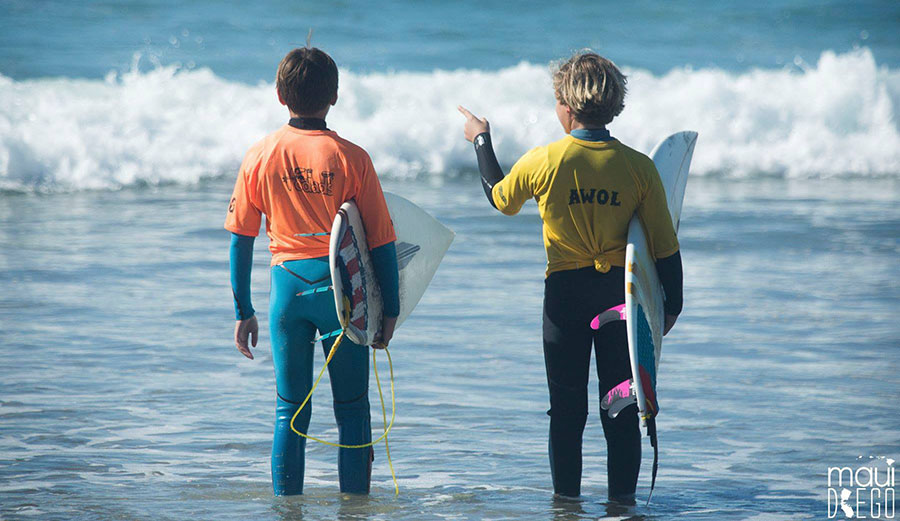 This is what a real surf contest should look like. Image: Maui Diego

Ocean Beach in San Diego is a special place. It’s a beach town that still hasn’t been gentrified into losing its core identity like so many others. It’s a place where surfers, skaters, hippies, bikers, families and college students all coexist to make up a very interesting beach community. Surrounded by Sunset Cliffs to the south and Dog Beach Jetty to the North, it’s also a place with a wide variety of waves. So, when some local companies band together to bring you the Ocean Beach Pier Surf Classic, it makes sense that the contest has as much variety as the town it was based in.

The Third Annual Ocean Beach Pier Surf Classic was held on Saturday, February 3rd, 2018 at the Ocean Beach Pier in San Diego, CA. Started in 2016 by AWOL Productions and Hodad’s to unite the community, the contest has grown in popularity with over 130 surfers competing this year. The contest divisions include women’s and men’s, several age groups, longboard, shortboard and a family division. The family division is where two family members surf together as a team against other families.  Of all the divisions, the family division shows the true spirit of what this contest is to the local community. I have never witnessed such a massive turnout and awesome production for a locally based surf contest. Forget the scaffolding that every contest has—the OB Classic has blocks of vendor booths with people giving away free stuff. Free Burgers from Hodads, the legendary DJ Product was spinning tunes, art, local bands, and more cool stuff to check out than the OP Pro in 1986. 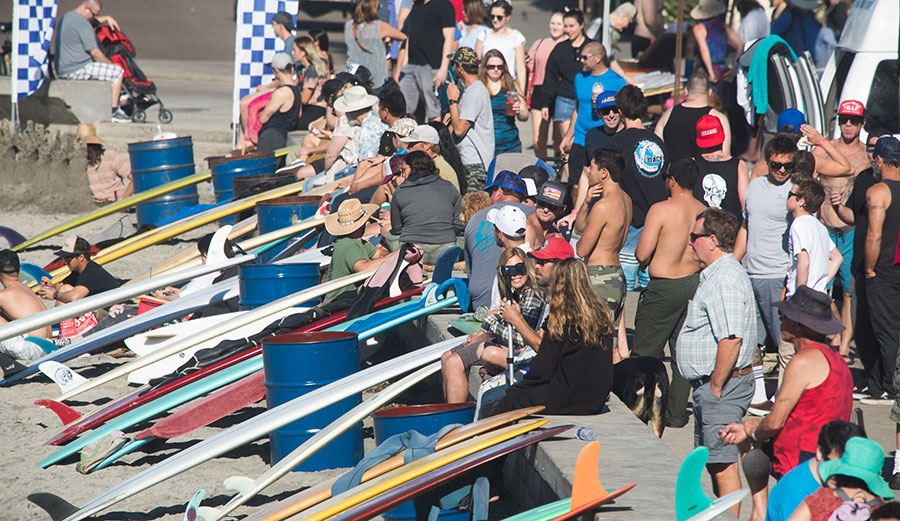 The crowd came out in droves.

But here are the differences between this contest and the OP Pro in 1986 (for those young kids, it’s now called the US Open). The first and biggest difference is money. The US Open/OP Pro has a lot of it. The people who throw this event do it for the love, not the profit. A few local business banded together to give back to the community that they love. Big props for that. The second difference is why they do it. Most people (not all) throw contests to make money. These guys donated all the money they made to the Hodad’s Foundation to help kids with scholarships for summer surf and skate camps. The third and most valuable difference is unity. For those with bad memories or not old enough to remember what happened at the OP Pro in 1986, and then again at the US Open in 2013, people rioted and destroyed city blocks of Huntington Beach. The OB contest had its fair share of hardcore surfers, flowing alcohol and enough tough-looking characters to fill two seasons of Law and Order. But yet, there was not one incident. Surfers and bikers were hanging out next to families and cops. Everyone was smiling and throwing shakas with no problems at all. So what was the difference?

I think the people know the difference between an event for profit and an event for the community. I think the people who organized it did it for all the right reasons and the attendees respect that and act appropriately. It was a really cool thing to watch and be a part of, and my takeaway is that every city should throw a contest like this. It shows how people can come together under surfing and bring the local community together and make it stronger. I got to watch some amazing surfing from legends like Rob Brockman to local heroes like Zeb Ryan. They brought in heroes from the surfing community to judge the contest instead of your standard jock judges. 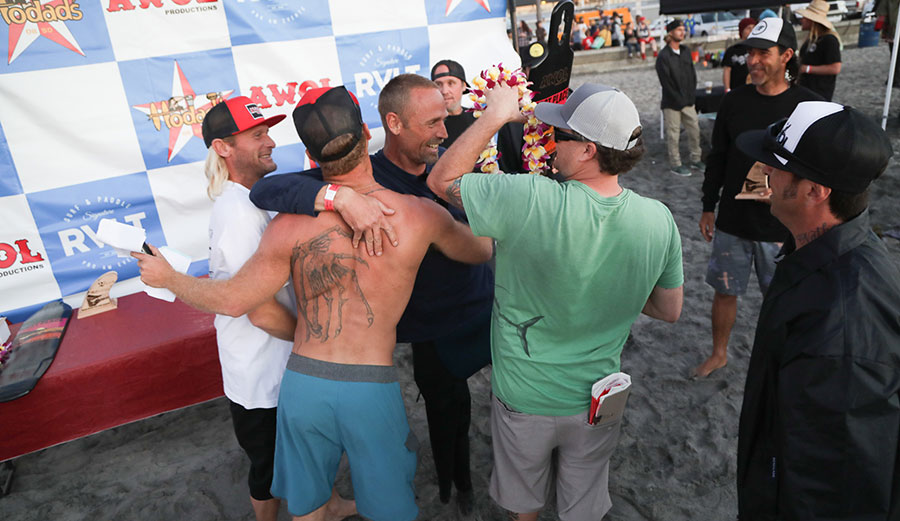 Celebrating community instead of a win.

The energy built all day long and even though the waves were small, the finals in each division had some amazing surfing. The contest results are below, but for me, the biggest result I saw was the effect that some caring locals can have on their hometown.