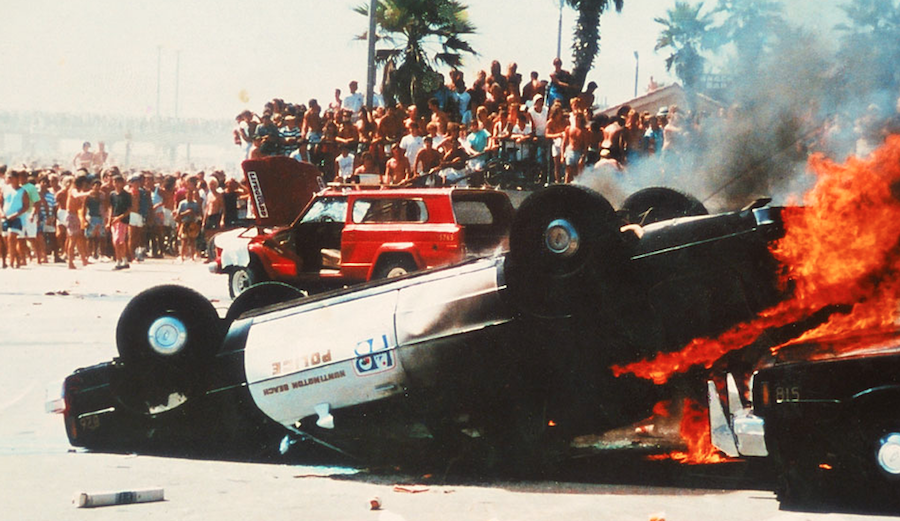 The 1986 OP Pro in Huntington Beach will go down as a dark day in surfing history. Photo: John Lyman

Moment: A riot breaks out during the ’86 OP Pro with hordes of sweaty partiers setting fire to cop cars, fighting with authorities and looting local businesses. Police in riot gear move in to quell the situation.

The air was thick with the smell of booze, sweat and tension. It was Labor Day weekend nearly 30 years ago and the now defunct OP Pro was in full effect with some 50,000 partiers blanketing the shore of Huntington Beach. Most of them were probably unaware that the biggest surf contest in the world was going on in the water; instead, they were purely there for the bikini-clad debauchery. And that’s what they got. As Mark Occhilupo paddled out for the 1986 final, a group of testy young men started getting riled up behind the scaffolding, right below where Duke’s restaurant is now. 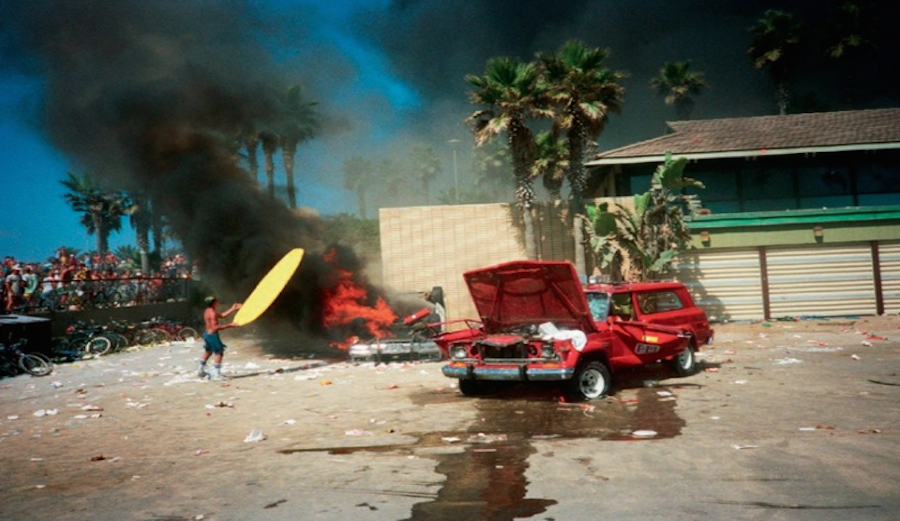 “Show us your tits!” they yelled at young ladies sitting on the restaurant balcony. Some women obliged. Some not so much. One allegedly had her bikini ripped off as she made her way to the restroom. A cloud of dust rose above the crowd as more young men rushed over in hopes of a Mardi Gras-style flash fest. But a handful of police officers noticed the commotion as well, deciding to brave the crowd and see what was up. They were greeted with a barrage of bottles and sand bombs, leading them to retreat and call in reinforcements. 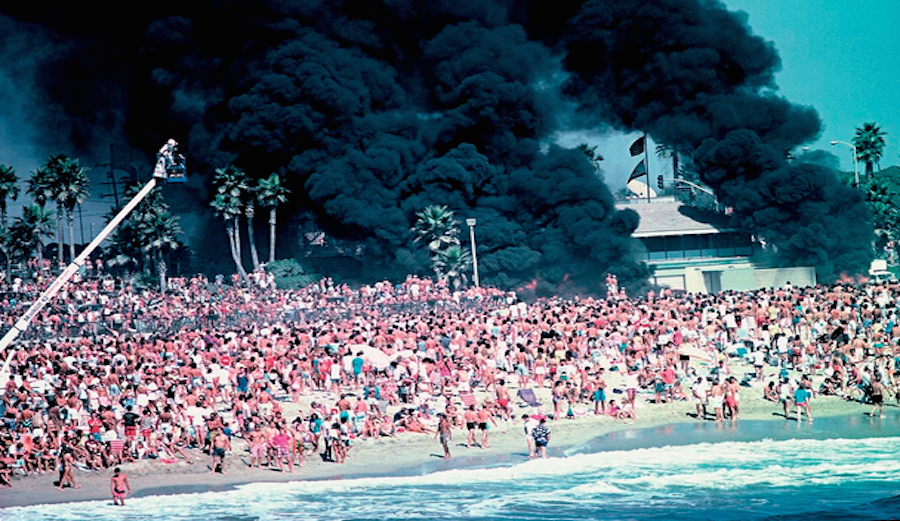 Soon a team of 100 police officers in full riot gear showed up wielding billy clubs. It was on. The next few hours were mayhem – a sleepy beach town turned nightmare with the rioters looting and fighting with cops while everyone else scrambled for safety. At one point, the mob made its way south to the lifeguard headquarters. Like an aggressive militia, the group stormed the building and found flares, which they used to set fire to a string of vehicles including three cop cars, a lifeguard jeep, an ambulance and a couple ATVs. As the billowing black smoke rose into the sky, the darkest day in surf competition history descended upon Surf City.

In the end only seven people were arrested for being drunk in public. But the incident made national headlines and it smeared surfing’s reputation as a whole. Ian Cairns, who was the founder and head of the ASP at the time, was so “disgusted” by the incident that he stepped down. The contest continued to run though police presence is much heavier and it no longer takes place on Labor Day weekend. And the lingering infamy of 1986 still resonates today. It seems that every time the US Open rolls into town, people prepare – either to let loose and get crazy or to board up their windows and wait for the storm to pass. Take 2013 for example. The unfortunate small scale riot that took place after that year’s event hearkened back to ’86 with fights, filth and packs of tattooed adolescents in tank tops roaming the streets for bedlam.

But the US Open remains a staple of surfing. So long as the sport exists, the competition will prevail…unless something really bad happens. It’s a shame that hordes of heedless teens have to tarnish such an iconic event for the rest of us. In reality, however, the competition and the fans that come to watch it aren’t responsible for the actions of a select group of degenerates.