Kimmy Fasani learned to love the snow early – skiing at age 2 and snowboarding by age 9. She quickly found that her fearless approach to life fit perfectly with her passion for snowboarding. At 15 years old Kimmy had quick amateur success and was crowned the USASA National Slopestyle Champion for 3 years in a row. These results gave her the confidence to graduate early from high school in 2002 so she could dedicate more time to being on snow. Though snowboarding was a big priority, education was also very important to her. She moved to Mammoth Lakes, CA in the fall of 2002, attained her associate’s degree through Cerro Coso Community College in December 2005, and then completed a Bachelor of Science degree in Marketing from University of Phoenix Online in July of 2008. In 2008, TransWorld SNOWboarding Rider’s Poll also nominated Kimmy for “Rookie of the Year.” After bouncing through contests during her professional career with top 10 finishes but no podiums, Kimmy decided to refocus her path, and she pulled out of contests to film with Standard Films, full time, in the back country. In 2011, Kimmy became the first female snowboarder ever to land a double backflip in both the park and the powder, a landmark achievement in the history of women’s riding. And she didn’t stop there. Kimmy also hung tough with a heavy crew of male snowboard legends in the Whistler backcountry and was one of three professional women selected to film with Standard Films, resulting in her own full segment in ‘TB20’. She had her first major article published in Snowboarder Magazine, The Disciple of Descent, about her experience in the back country with legendary rider, Devun Walsh. In 2011, she also nabbed Snowboarder magazine’s coveted Ms. Superpark standout award. 2012 was just as busy for Kimmy. She signed back on with Burton, as the only female representing their AK line. She was nominated for three coveted industry awards, including ‘Women’s Rider of the Year’, ‘Standout Performance of the Year’, and “Women’s Readers Choice” from the 13th annual TransWorld SNOWboarding Riders’ Poll. Kimmy spent the rest of her 2012 season once again working with Standard Films and she had a full segment in their movie “2112”. Kimmy has continued to push the levels of women’s freestyle riding in the backcountry and in August of 2012 graced the cover of Transworld Snowboarding Magainze. This was the first time in five years a woman has appeared on the cover and Kimmy is only the 5th woman to ever appear on the magazine’s cover. In 2013, while Kimmy was recovering from a knee injury, she hosted two events in Mammoth. Amusement Park, which will be an annual all women’s park photoshoot supported by Kimmy and Mammoth Mountain, and also the last stop of Boarding for Breast Cancer’s Shred the Love Tour. Kimmy was also part of Burton Snowboards new web series, Burton Presents Women’s [Snowboarding]. Her second major article was published by Snowboard Magazine January 2014 Olympic issue, My Olympic Dream: Slopestyle’s Debut in Sochi. In 2014, Kimmy made a remarkable recovery from her knee injury and spent her winter filming with her husband and pro skier, Chris Benchetler. Her footage will be released through Burton’s new video project in the fall of 2014. Kimmy’s resume also includes a stack of published photos. She is a vocal ambassador for Boarding For Breast Cancer, Protect Our Winters, Specialized Bicycles, and Lulu Lemon. Kimmy and her husband, Chris Benchetler- a professional skier married in 2011, are also Co-Owners in Mimi’s Cookie Bar, an organic/all natural bakery with a storefront in Mammoth Lakes, CA. 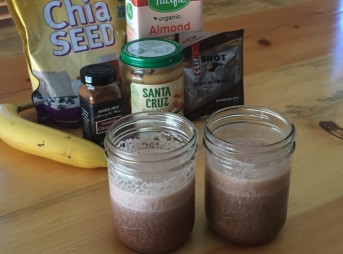 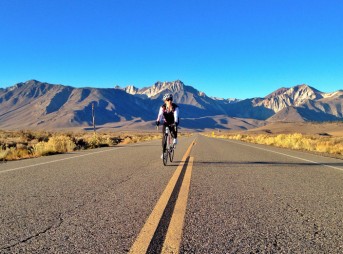 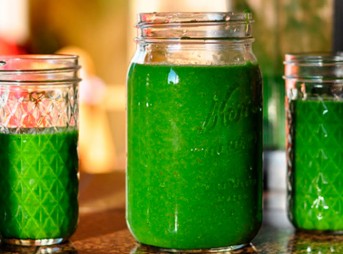 Green Smoothie Detox To Get Your Week Started Off Right 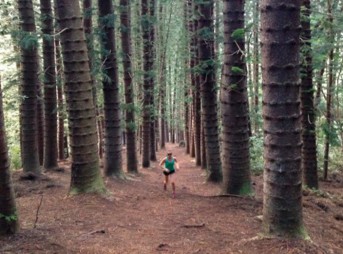