Born and raised in one of the most mystical and unexplored towns of the Mexican coastline, Mark Kronemeyer became a restless waterman. Since a young age he was passionate about the ocean, its movement, and all marine life. By growing up in paradise he developed an interest in capturing the greatness of nature. The search for new subjects made him an incessant traveler, a wave explorer, and a storyteller. Photography has always been his best way of expression. Kronemeyer began as a water cinematographer, documenting some of his closest friends on surf missions. That led him to direct and shoot two of the most outstanding Mexican surf films: Rumors (2010) and Gone (2015). Mark is still capturing the beauty of the ocean, and celebrating its majesty by documenting below the surface in Baja California Sur. Every single composition, its angle and exposure, are not only signs of Mark’s unique eye and his creativity, but of his love for the ocean. 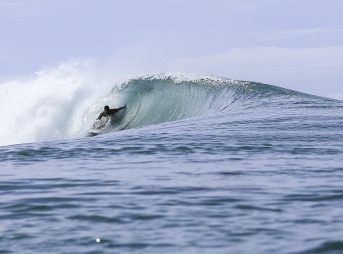 This Is the Perfect, Empty Day in Mex You Always Dream Of 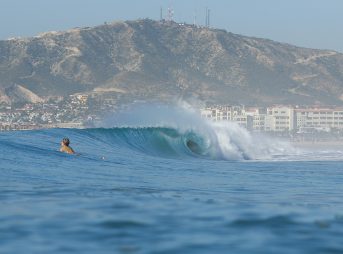 A Reminder that It’s Pretty Amazing South of the Border