The Atlantic ocean's salty breeze never carried far in New York. Tucked between concrete slabs, hot summer days passed by for many years without a single grain of sand or cooling bead of salt water ever touching Matthew's skin. Sometimes there's no explaining where the unquenchable thirst for that sea-spray anchors itself in the mind sometimes it's just the dream of adventure, the calling of the wild, the struggle for a creative outlet that has one being drawn to a life less ordinary. How and why a New York City schoolboy found himself daydreaming of far off places and crashing blue surf is unknown. Whythose real life images, never seen in person, were tugging at his chest can't be said. All we know is that the ocean captured him one day, held on, and has yet to release.

14 Fascinating Photos from the Frigid Fringes of the East Coast of the U.S 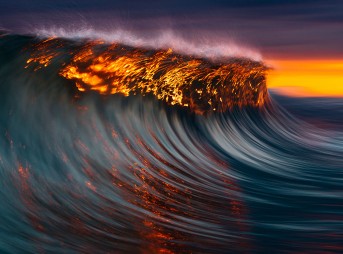 Seeing The Big Apple in a New Light