Mikey DeTemple is a filmmaker, photographer, and professional surfer. He grew up on Long Island, the son of a commercial clammer on the Great South Bay. His parents met through surfing and exposed Mikey to a life attuned to the rhythms of the ocean. He immersed himself in the culture, competing in surf contests up and down the Eastern seaboard. Aged 18, Mikey joined the World Longboard Tour. He circled the globe for seven years, establishing his competitive record on the international stage.  As he traveled, Mikey became fascinated with portraying his adventures through film and photography. In 2009, he directed his first film, Picaresque, which won immediate regard for its lush cinematography, controlled pacing and stirring soundtrack. His follow-up, Sight/Sound (2010), was nominated for best cinematography by Surfer Magazine’s Surfer Poll Awards and became the best-selling surf film of 2011. Outside commercial filmmaking, Mikey regularly collaborates with nonprofits, foundations and conservation groups. Recent projects include directing and producing an environmental film for Surfrider and helping raise $250,000 for shark conservation with Oceana.  While he continues to build a diverse portfolio of commercial directorial work Mikey retains a prominent place in surf culture, acting as a global travel and lifestyle ambassador for his clients and sponsors. He brings to his work a sophisticated creative sensibility, extraordinary attention to detail and a profound passion for sustainability. 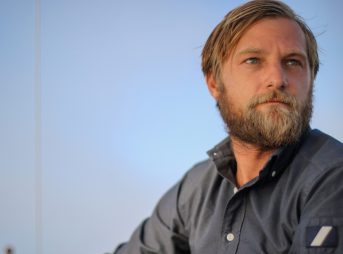 7 Tips to Curb Your Dependence on Plastics With Mikey DeTemple