The name given to him at birth was Roman Kristl, but pretty much everyone just calls him Romi now. He grew up with my parents and two older brothers near the beautiful ocean side town of Monterey Bay, California. Growing up, he was lucky enough to get exposed to almost every extreme sport imaginable. His father was an Olympic whitewater kayaker, avid rock climber, and extreme skier. His mother was a nationally ranked swimmer and water polo player. Being the youngest and smallest sibling in the Kristl brother trio, he was always being pushed to try new things that him brothers pretty much forced him into. Whether it was jumping over the motorcycle on rollerblades, or hitting the PVC rail for the first time, he was always the one to go first. He fell in love with the ocean and surfing at first, but then the mountains got my attention. When he was 14, he got the chance to move up to Tahoe with his oldest brother to pursue his dream of becoming a professional snowboarder. Seven years, and some turns later he is well on his way. Recently , he turned his eyes to the freestyle big mountain scene. For the past two years, he has been following the Freeride World Qualifying circuit, where he is now ranked in the top 20. Along with snowboarding, he is also pursuing a degree in International Business and Mathematics. He owes all my hard work, dedication, and passion for extreme sports and snowboarding to his parents and brothers, as well as the following sponsors: The North Face, Smith Optics, Jones Snowboards, Arcade Belts, BigTruck Headwear, Totally Board, and Squaw Valley. 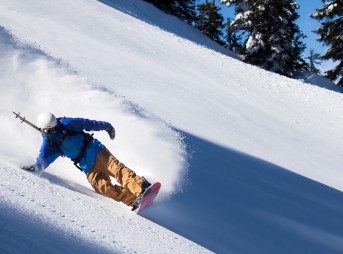 The Untracked Mind of Backcountry Dreams