Russell Drumm is a career newspaper man who lives in Montauk, N.Y. He was born in 1947, grew up on Long Island except for a few formative summers at Waikiki Beach in the early '60s where he perfected his signature drop-knee cutback. He has written three books, "In the Slick of the Cricket," about an offshore trip with Capt. Frank Mundus, the charter captain who served as the model for Peter Benchley's captain Quint in "Jaws," and "The Barque of Saviors -- Eagle's Passage from the Nazi Navy to the U.S. Coast Guard." His latest is "A Rogue's Yarn," a fiction about an aging surfer who lives undetected in the basement of the Royal Hawaiian Hotel, is an ebook available on Kindle and all other screens except the one on the Magic 8 Ball. Drumm is a regular contributor to The Surfer's Journal. 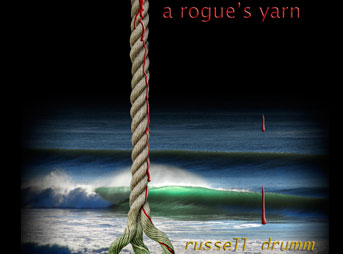 A Rogue’s Yarn: Chapter One