You would never guess from Hula's teenage affinity for tagging abandoned couches in his childhood neighborhood on Oahu, Hawaii that he would someday become the thriving Brooklyn-based visual artist at twenty-six years old that he is today. With a background in fine art, Hula has returned to his street art roots in his latest series of murals that draw on inspiration from the ocean and the island culture of which he grew up. Using unexpected mediums like abandoned urban walls and broken surfboards, Hula’s murals are truly bringing the sea to street. 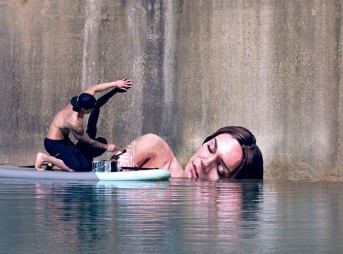 This is Some of the Coolest Artwork You’ve Ever Seen