An Open Letter: Is Weedmaps Good for Surfing? 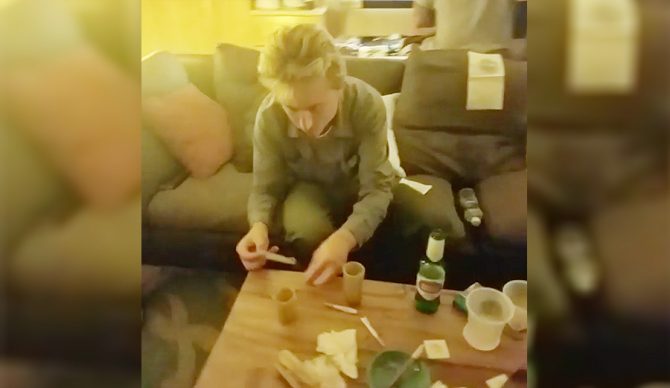 Weedmaps made a splash on the North Shore this winter, with the party house to end all party houses. But will their continued push into surf be welcome? Photo: Instagram/WMSurf

The 2016 Billabong Pipe Masters concludes today, bringing the Vans Triple Crown of Surfing to an end. And while the Hawaiian winter will continue, with contests like the Da Hui Backdoor Shootout or the Volcom Pipe Pro, the surf industry circus that descends on the Seven Mile Miracle annually will soon leave town.

Every year, winter in Hawaii is a time for emerging surfers, brands, personalities, etc. to leave an indelible mark. And this year, Weedmaps, for better or worse, made that mark.

Seemingly out of nowhere, the, “most reliable online resource to find cannabis storefronts, doctors, and deals,” launched into the moto, skate, and surf world by setting up shop at a huge house overlooking Sunset Beach. Inviting their teams from each action sport mentioned, Weedmaps called their compound a wellness center, complete with non-GMO cooking, daily massages, yoga sessions, and MMA on the lawn. At night, though, things went off. The Weedmaps house quickly became the place to be for North Shore nightlife.

It won’t be long now before Weedmaps, with a team that includes Bruce Irons, Dustin Barca, and Joel Tudor starts to produce regular edits, selling apparel in surf shops (the smiling WM logo hat was all over the North Shore this year), and doing other things that surf brands do. But is it strange? Personally, I’m not sure how I feel.

On one hand, the normalization of cannabis consumption is part of a broader national (and indeed, global) trend. Hell, I voted for the legalization of recreational marijuana in California, and am proud of that. The fact that marijuana has remained a criminalized substance for so long is mind-boggling, and it’s high time (pun intended) that changes.

Certain cannabinoids (not just THC) have proven effective in treating an array of conditions, from epilepsy to MS. Not to mention, with marijuana legalization, there are countless opportunities to regulate and tax cannabis production for additional government revenue.

On the other hand, the decline of the weed stigma has numerous burgeoning entrepreneurs (some who don’t even use marijuana) looking to make a quick buck. It’s worth noting here that Weedmaps is a company that’s seriously capitalized on the mainstreaming of weed. OC Weekly reports the company earned at least $30 million in 2014 in advertising revenue.

An App Not a Drug

It’s worth clarification that Weedmaps doesn’t actually sell weed. Rather, it tells you where in the world you can buy it, who has the best prices, what doctors are giving prescriptions, etc., etc. In that sense, the comparisons between a future Weedmaps partnership with the WSL (if one were to ever happen) and the current partnership with Pacifico, or even comparing Weedmaps’ surf team to José Cuervo’s surf team don’t land. Those companies produce and sell alcohol. Weedmaps is a technology company that neither produces nor sells cannabis, it just tells you where to buy it and gives you additional info à la Yelp.

But that apples to oranges logic only goes so far. Weedmaps’ newly appointed CEO, Doug Francis, is bullish about his desire to normalize the Weedmaps brand through apparel. “A lot of the people who used to work with Volcom to LRG to you-name-it were doing a lot of our merchandise for us and collaborating with us in a lot of ways,” he told OC Weekly. “They wanted to take advantage of the booming marijuana industry, so they’ve joined Weedmaps. . . . We’re moving toward that kind of branding approach: If you wear a WM shirt, it signifies that you smoke.”

In addition to the Weedmaps app, the company has since expanded into producing content for its Youtube channel: Weedmaps TV. The whole thing resembles how Red Bull, slinger of energy drinks, launched into the video content space with shows like Who Is J.O.B? Red Bull produces energy drinks, it doesn’t tell you where to buy them, but beyond that the comparison seems fair, albeit Weedmaps has a ways to go to rival Red Bull. What’s also funny is Weedmaps’ Hawaii Pipe Experience video is set to thumping electronic music – the kind that’s fitting for an extra shot of liquid adrenaline that “gives you wings”, less so for the calming, tranquility-inducing cannabis plant. It feels all wrong.

Applying the logic of CEO Doug Francis, does a Weedmaps sponsorship or video feature of a surfer immediately “signify that [they] smoke?” In which case, is that good for surfing?

I’m torn, really. It feels weird to me that in the next few years young kids might glorify their heroes as they wear WM hats in post-heat interviews. Then again, that feeling might be the result of a lingering insecurity with mainstream cannabis consumption. Surfing has had a long dance with drugs, the kind that everyone understands but few talk openly about. Weedmaps hopes to pull marijuana consumption out of the shadows. But is surfing ready?