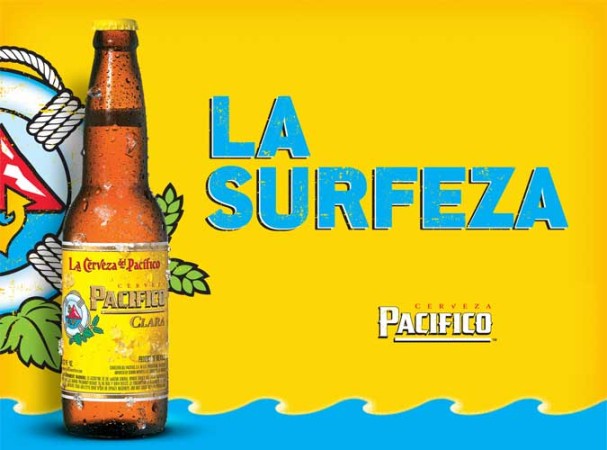 Amidst the Association of Surfing Professionals’ numerous changes to reinvigorate professional surfing, last week they revealed that Pacifico would be the official beer sponsor of the World Championship Tour (WCT) in the U.S.

As one of the biggest beer sponsorship deals in professional surfing since the Bud Tour of the 1990’s, and the short-lived Bud Light Lime Series, surf fans are excited to see what Pacifico will be able to contribute at contest sites. Free beer, maybe?

According to Jim Sabia of Pacifico, this partnership means that, “Pacifico will be at every WCT event in the U.S.,” namely Trestles and Pipeline for the Men’s  events, and Huntington Beach and Honolua Bay for the Women’s events. They will be “hosting fan experiences at contest sites and throughout the local areas.”

The likelihood of beer being served at physical contest sites, however, is extremely slim. Because alcohol consumption is prohibited on most beaches in both California and Hawaii, beer will likely be served, as Sabia explained, “throughout the local areas,” while contest-goers will have more of the “fan experience.”

Brewed in Mazatlán, Mexico, Pacifico was originally brought to the U.S. by traveling surfers and tourists. This, in addition to the brand’s representation of the “laid-back lifestyle,” is what makes this pairing a perfect fit. According to ASP CEO Paul Speaker, “Pacifico is a brand that is synonymous with the enjoyment and celebration of beach culture and a partnership with the world’s best surfers is a very good fit.”

Fans and and contest attendees will see the beginnings of Pacifico’s involvement with the WCT at the Vans U.S. Open of Surfing in Huntington Beach, July 27 to August 3, which will set the tone for the rest of the season.