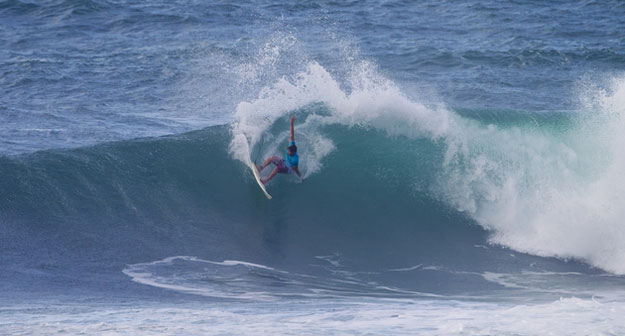 Is the "mechanical, predictable element" of the ASP's judging criteria what Dane Reynolds and others find restrictive and inhibiting? Photo: ASP/Kirstin

This is an appeal to the value of flair in surfing.

It’s been a long time since I read the latest ASP judging criteria, and I didn’t read it that closely then. So when I finish writing this article I’m going to find that criteria, paste it below into the article and evaluate it in the highlight of what I write. That’s not because I’m focused on the ASP’s criteria but because many of the world’s most gifted surfers are focused on it, and many of the rest of the surfers in the world try to copy them.

Excessive conformity can lead to mediocrity. For example, train loads of bowler hatted, black suited, umbrella carrying men heading to their London offices in the first half of the last century looked and appeared pretty mediocre. Humans can express a much wider variety – of dress, gait, goals and emotions if they are not pressured to conform to a stereotype.

My observation is that over time, over decades, the individuality of people’s surfing and surfing styles has been reduced and boiled down, and a lot of natural flair has been lost. Humans have a range of characters, and express their characters in a wide and rich way. It seems to me, from memory, that the early generations of surfers were individuals with a much wider range of body language on a surf board. On top of that the most gifted surfers were much more likely to surprise you with their flair.

So what is flair in surfing? I can definitely tell you what excites me when I watch a surfer. Obviously heavy, beautiful, challenging – thrilling, in a word – waves as the medium for the surfer to ride on. That’s a given.

And then a surfer with flair…

But what is flair? Well it’s got to be unpredictable. Something surprising. A move you wouldn’t have imagined or expected, but as you watch you can see why it works and fits, and what it expresses, and you are ‘wowed’. Impressed, thrilled. What you’ve seen completes the beauty of nature, wind, waves, sky, power, force, reformation, creativity, grace, beauty – all completed and complemented by the surfer’s flair.

I remember seeing the film ‘Evolution’ and watching a teenage Wayne Lynch dropping in front of the soup on the shoulder of a Moroccan right and going left. I never expected it, and it was done with such style and flair. Nat Young winning a contest on small Narrabeen lefts on a 5’ something board, riding backhand and cross stepping his feet to climb up and down, often riding with his feet crossed. It was stylish, skilled and full of flair. I recently watched a video, taken this year, of some skilled guy driving along a wave, then coming around a section onto what was clearly going to be a slow section of wall. Instead of passing the section he turned slowly up and into the white water, ending up poised vertically and slowing, until he began to slip backwards, again slowly down and backwards through the soup. It was a sudden change of pace, from fast to slow, ending up with him drifting backwards to the base of the broken water. With no apparent rush he let the nose of the board drop as low as the tail, regained forward momentum, and rode onto the shoulder. It looked so good, so stylish, it was so unexpected and it definitely demonstrated a natural flair for wave riding.

Most of us can describe such unexpected and surprising demonstrations of flair when watching Kelly Slater. Whoever expected him to come out of the tube, fade off speed at Padang Padang and then turn goofy foot in order to stall enough to get tubed again on the last short, steep section? Or to turn and take off two feet under the already pitching lip at Teahpoo, instantly disappearing, possibly before he even got to his feet, to emerge down the line. Or stalling and sideslipping backwards into and inside a large, racing Hossegor right, to emerge several feet lower and many yards further, still standing.

Flair often means doing the unpredictable with style. Going left at a right-breaking point break, kicking out cleanly just before the rocks. Flair can often mean slowing down, and doing nothing, stylishly while all around power churns and crashes. Surfing history is full of such stories. Miki Dora approaching a seemingly un-makeable section at Malibu on his longboard, trimming into speed at half face and dropping into a horizontal, feet first posture as the section throws, making it through the tube lying on his back. Flair can often mean doing less, with style.

And here’s the rub. Doing less on a section of wave does not get many points on a mechanical judging criteria. Pausing and drifting up vertically through the soup, and then drifting backward slowly looks good but misses the points which are available for topping up around and onto the last part of a dying shoulder, releasing the tail in a 240 degree top turn sliding cutback and then regaining some momentum to slide out onto the flat shoulder. If flair can involve doing less, does the official criteria for ‘good’ surfing allow for ‘doing less’?

I know what I say makes sense. I remember advising an up and coming youngster who was becoming very predictable. I told him so in kind words and suggested he became more unpredictable in his surfing. He has since told me that those words changed his approach to how he rode waves – and helped him to win three British National Open Titles in the 1980’s. This goes against my argument that contest criteria can kill flair, but does bolster my argument that being prepared to break the line allows for creativity and flair to come to the surface.

So now for the test. Let’s find and paste the current ASP criteria which I think encourages and rewards mechanical surfing too much, and doesn’t allow for flair enough, particularly if that flair involves doing less with style.

And before I find it, paste it and analyse it – it occurs to me that this mechanical, predictable element is probably what Dane Reynolds and others find restrictive and inhibiting.