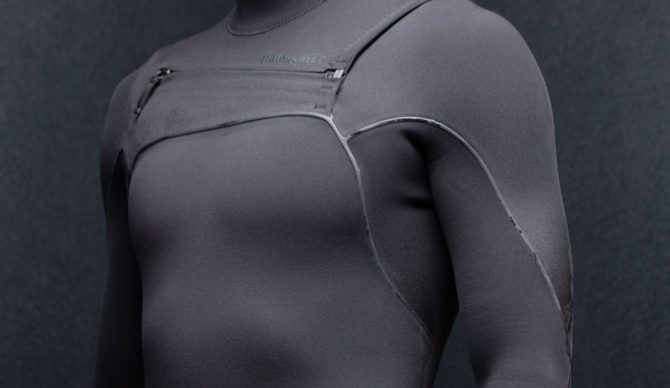 All 21 of Patagonia’s full suits this season are made with Yulex natural rubber and neoprene free. Photo: Patagonia

Editor’s note: In the Northern Hemisphere, fall is officially upon us, which means colder water temperatures, ice cream headaches, and (hopefully) some serious swell. For winter sessions, the wetsuit is the surfer’s lifeline. So we took it upon ourselves to review a handful of this season’s offerings for those looking to invest in some new rubber. Welcome to the first installment of our winter wetsuit buyer’s guide.

The Patagonia R2 Yulex comes in both back zip and chest zip versions. At 3.5mm/3mm it’s designed for water temperatures between 55 and 60 degrees-Fahrenheit. For this series, I field tested the back zip version. 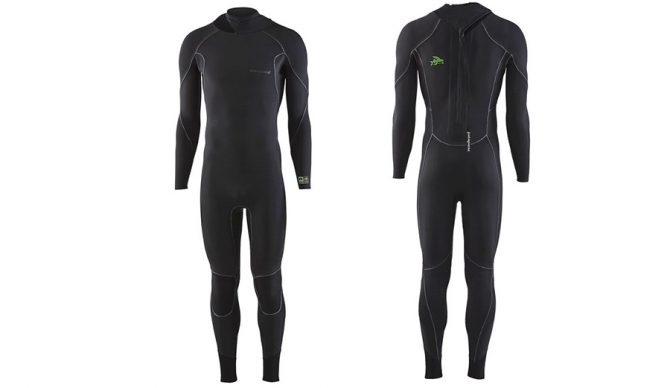 The R2 is perfect for the chilliest of days Socal can dish out. Especially when you order the right size. Photo: Patagonia

2. New seam placements, new face fabrics, and new liners are all made with the highest possible recycled content.

Fit: Snug on the first session (but see “I Might Be an Idiot” below). After two or three surfs it felt broken in and started to loosen up. Now it feels like a second skin. Patagonia suits have been known in the past to be extra snug around the ankles and wrists. It seems like that might still the case, but not crazy tight. Just need a little extra umph when taking off.

Warmth: Perfect for the coldest of SoCal days. If you’re body runs chilly, though, you might consider the R3 series. Not much flushing going on, in spite of that being a major drawback of most back zip suits.

Performance: Does it act and feel like traditional neoprene? In a word, yes. Once fully broken in, it feels sturdy, comfortable, and flexible. These Yulex suits don’t have a smoothskin (smoothy) chest or back. After a few sessions, the suit shows some white wax marks on the chest, but nothing significant that would impact performance or durability.

Pee drainage: As with all suits you’re gonna want to rinse it out, but so far no stank as is common with other suits.

Smell?: Because it’s not made of traditional neoprene, the suit smells more like latex. Think Halloween masks. If you have a particular fondness for the neoprene scent, take heart in the fact that this wetsuit is a much more sustainable alternative to any other wetsuit on the market.

Shakas: As they say, consumers vote with their wallets. Investing in a Patagonia Yulex suit isn’t simply a purchase of a high quality wetsuit. It’s also a monetary vote in favor of more sustainable production methods within the surf industry.

I Might Be an Idiot: I’m 6’1″ about 185lbs. I had heard that Patagonia wetsuits might fit differently than other wetsuits (Patagonia calls it formfitting fit), so I decided to consult the size chart. I don’t know if I looked at the wrong chart or looked at it too quickly, maybe I’m an idiot, but I ordered a medium. The suggested size of a person for a medium suit is 5’9″ to 5’11”, 150 to 170 pounds  – I haven’t fit that bill since the 9th grade. I say that, because that fact may skew everything I’ve said about fit, but also because I’m amazed how well the thing goes considering.

Criticisms: Aside from the fact that I probably ordered this wetsuit a size too small, one of the other drawbacks of the back zip, for me, was the location of the key loop. When you put on the suit, you have an inner collar that you pull up over your head – likely to help with draining on the back zipper and for additional comfort around the neck. the key loop is attached to that contraption in such a way that it hangs inside your suit on your chest. I haven’t noticed it a ton while out in the water, but am left wondering if there’d be a place to stash your key on the suit that’d be a tad more comfortable.

The R2 will run you a cool $449 – not the most expensive on the market, but not the cheapest. Still, it’s an investment in the planet (and a nudge to all wetsuit manufacturers to get with it) since it’s more sustainably produced. So, if you figure 100-bucks goes to Mother Earth, $350 ain’t half bad.

The first neoprene-free wetsuits ever sold to the public, Patagonia’s Yulex line is comprised of the most sustainable suits they can make. If that’s the case, you can bet they’re the most sustainable wetsuits anyone can make. They’re better for the planet, and perform just like the best neoprene suits on the market, in other words, no down side. Check and double check the size chart so you don’t pull a dumb move like me. But unless you enjoy polluting the planet,  it seems like a no-brainer.

Check out Patagonia’s entire Yulex line on their website.