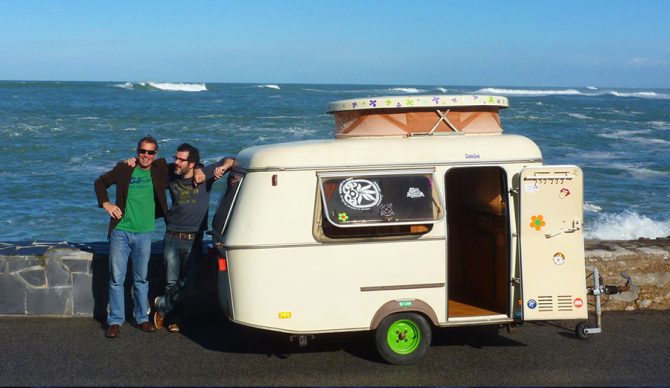 I make a conscious effort to visit as many new and interesting surf spots as I can, but the biggest issue I’ve encountered with traveling is the cost. And if you’re anything like me, it’s all about the bottom line. I cannot count how many times I’ve heard someone say: “I’d love to go to (insert dream destination here), but it’s just so expensive.” But what if you had a place to crash for free and you had a 5’6 Fish waiting for you at your dream destination? You’re thinking to yourself “Okay, what’s the catch?” Well chill out, I’m getting there.

Swap & Surf is a share economy network that allows surfers from all over the world to offer their couch or spare room in exchange for another surfer’s couch or spare room. Think about it, finding a place to stay is often your largest expense on a surf trip depending on the flight cost. Not only that, your stay includes the use of spare surfboards, bodyboards, and any other equipment you may need during your travels.

Typically when a surfer flies, they either check-in a board or they buy a board when they get to their destination. Both options can be costly, while checking a board can cost over $100 and beyond each way and buying one can be anywhere from $150-500. In this dream scenario, your stay and equipment costs are covered; you only have to pay for food and travel. You might even luck into somebody willing to pick you up from the airport, throwing the cherry on top of it all.

Cost aside, my favorite part about this platform is the possibility of making a lifelong friend in a new place while crossing more places off my bucket list. Good surfers, no matter where you go, always have their local spots dialed in so well. No matter how much research you do on major breaks, there are always great spots only the locals will know. You’ve basically scored a free tour guide for shredding and you’re bound to make a friend in the process.

“The idea matured slowly after years of positive experiences swapping houses with people,” says the company’s co-founder Sylvain Garms. “Our goal was to help surfers from all over the world connect with one another and we’re thankful to say it’s finally happening.”

Sylvain and his cousin Philippe officially started Swap & Surf in 2010 but have hosted many surfers over the course of their lives, including Yvon Chouinard, founder of Patagonia. Yvon stayed with Philppe 20 years ago in Guethary, France and surfed the area for an entire month. From the conversations I’ve had with Sylvain, it’s clear he sincerely wants to bring people together. He even graciously offered to host and surf with me in his hometown of Pau, France (an offer Sylvain will regret because I’m totally taking him up on it). 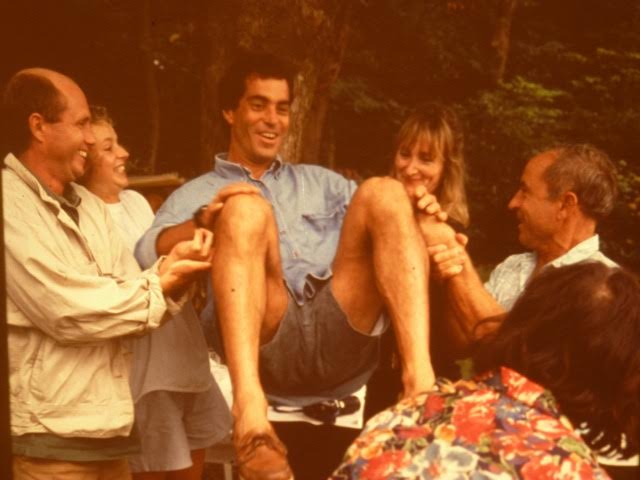 The Garms Family in Guethary, France with Philippe in the center and Patagonia Founder Yvon Chouinard on the far right.

Since launching, the site has grown to over 60 countries worldwide. They eventually plan on expanding the platform to skiers, snowboarders, climbers, and all other action sports advocates. “We started with surfing because it is our true passion, but as outdoors enthusiasts of all types, Philippe and I love skiing, snowboarding, and rock climbing. We know communities like this share the travel ideals, which is why we hope to expand our network to other industries as well.”

Swap & Surf’s core philosophy rests on the purest idea of community and trusting in total strangers to help surfers have a good time. It has worked for Sylvain & Philippe their entire lives. They didn’t build this for profit or recognition, but to band individual surfers into a family. Sylvain knows he has a brown couch and my 8’0 waiting for him in Huntington Beach.

Saving a boat-load of money by not paying for either of those and surfing a foreign country with a new best friend: Priceless.